West Ham may find themselves short of a goal scorer come next season. The Hammers, despite sitting in the top half of the Premier League, do not have a player with double figures for goals across all competitions.

Felipe Anderson, an attacking midfielder, has nine goals and Marko Arnautović eight, but the latter is expected to depart for China in the summer.

Javier Hernández, meanwhile, has just six goals in all competitions and has struggled for consistency at West Ham. The former Manchester United man is 30 now and clearly cannot be relied upon for goals.

Manuel Pellegrini, then, is likely to be looking for a new No.9 when the transfer window reopens. Here are five strikers West Ham could look to bring in.

Celta Vigo’s Uruguayan marksman has, understandably, been touted as the successor to Luis Suárez since arriving in La Liga last season.

Maxi Gómez is strong and bullish, and like Suárez often seems to find his way to goal through sheer determination. But the former is more of a target man, strong in the air and an accomplished finisher.

Last season, Gómez ended with 17 La Liga goals to his name. And he has continued to find the net this campaign, despite his side’s struggles – Celta find themselves in the bottom three with eleven games remaining.

Gómez, impressively, is outperforming his xG, with nine league goals from an xG of 6.9. And he is capable, too, of linking up with teammates: Gómez has five assists to his name so far this season.

With Andy Carroll expected to leave West Ham in the summer, Gómez could be the focal point the Hammers need in attack.

Moussa Marega is enjoying a prolific campaign in the Champions League. The Malian forward has scored six goals in seven appearances in the competition and found the net to help his side beat Porto in their last 16 second leg.

That is in stark contrast to last season, when the 27-year-old failed to score once in Europe but hit 22 in the Primeira Liga. This season, he has been less prolific domestically, with seven in 19 thus far.

But his qualities remain clear to see. Marega is quick and strong in the air; he sniffs out the slightest of chances and more often than not dispatches them.

It is no surprise, then, that several Premier League clubs have been linked with a move for the Porto striker. West Ham are one of them, but they will have to beat competition from the likes of Leicester.

Only three players in Serie A have scored more than Atalanta’s Duván Zapata, who was linked with a January move to the London Stadium.

That transfer did not materialise, but the Hammers would be wise to reignite their interest come the summer. The Colombian has been prolific in the Italian top flight, hitting 17 goals in 27 appearances so far this campaign.

That is only two fewer than Cristiano Ronaldo and that, in itself, is some achievement for Zapata. He has never previously scored more than 15 league goals in a season and his career, prior to this season’s move to Atalanta, had been underwhelming.

More of the same was expected of the pacey forward this term, particularly when he scored just once in his first 13 Serie A games. But he exploded into life towards the end of 2018 and by February of this year had gone on a remarkable run of 17 goals in 13 appearances.

Such form alerted the attention of West Ham, who will hope for a similar goal scoring record in the Premier League should they secure his signature.

Fulham are almost certain to be relegated from the Premier League after a dismal return to the top flight. But Aleksandar Mitrović is unlikely to drop with them.

The powerful Serbian forward has been a shining light in a season of gloom for the West London club. Despite the Cottagers’ meagre return of 17 points from 30 games, Mitrović has managed ten goals in the Premier League, more than any West Ham player.

Staying in London, and in the Premier League, is likely to be a logical move for the former Newcastle striker. And he could be exactly the no.9 West Ham require. 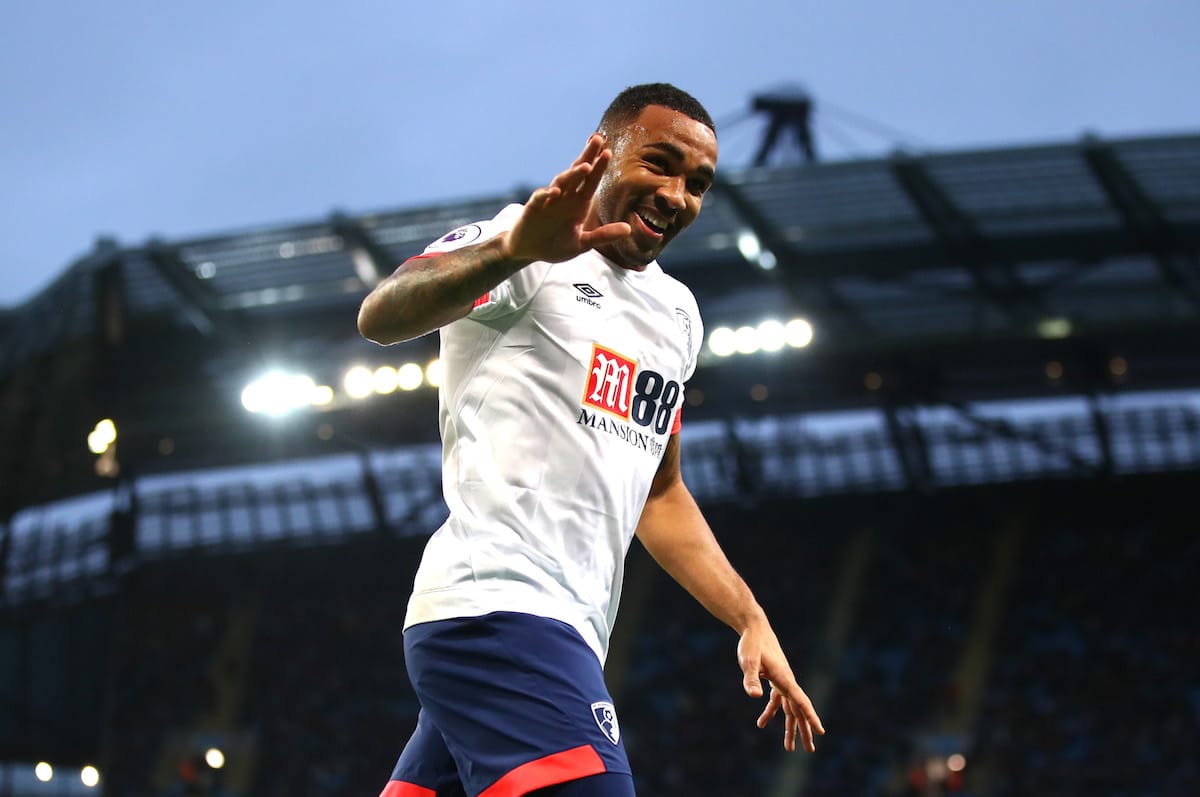 Bournemouth’s Callum Wilson made his return from an injury layoff on Saturday and immediately got back to scoring ways. He found the net and provided an assist in a 2-0 win at Huddersfield to make it 11 goals for the campaign.

This is the 27-year-old’s most prolific season in the top flight, and it might have been more had he not suffered with injuries. It is understandable, then, that he has attracted interest from fellow Premier clubs.

West Ham have been linked with a move for the England international, although it has been suggested Bournemouth will not accept a bid of any less than £70 million. If the Hammers are willing to splash the cash, they may look to prise the former Coventry man away from the south coast.