At the end of a season filled with early promise, simmering discord and myopic disenchantment from the stands towards a certain veteran manager, Arsenal have failed to reach the Champions League.

Beating Everton on the final day of the season proved to be a valiant effort in vain. Yes, these Arsenal players will have to contend with the disruptive Thursday-Sunday schedule next season, punishment for a post-Christmas wobble, a leaky defence and a failing record against teams who finished above them.

Goals weren’t a problem. In fact, the Gunners’ haul of 77 was there highest since the 2009/10 season. At times, Arsenal could be seen bewitching teams with their trademark brand of imaginative, free-flowing football, which produced comic-book moments like Olivier Giroud’s ludicrous scorpion kick on New Year’s Day.

Between them, Alexis Sánchez, Giroud and Theo Walcott bagged 46 league goals, a creditable return, but one that will do absolutely nothing to stop the club scouring the transfer market this summer in search of ‘upgrades.’

Of course, long-time Arsenal transfer target Alexandre Lacazette is no longer available. The Frenchman will pack his bags and sign for Atlético Madrid, meaning that the north London club’s search for cutting-edge in attack is filled with intrigue. Here are five strikers Arsenal should target in the summer.

Torino’s sporting director Gianluca Petrachi claimed that the Serie A club rejected Arsenal’s £56million offer for the striker in January so, if that’s true, it’s entirely possible that they will return with a second bid in the summer.

The 23-year-old, capped seven times by Italy, has scored 25 times in 29 league games this season, marking him as one of the most sought-after finishers in Europe.

The Gunners need a proven goal-scorer to bolster their attack, especially if Sánchez leaves, and Andrea Belotti certainly fits the billing as the prolific marksmen that can competently lead the line.

Belotti is more than a penalty box poacher, though. He has supplemented his scoring this season with five assists and has created 52 chances.

Il Gallo or The Rooster, as he’s affectionately known, possesses the strength and balance to hold play up, has the pace to move defenders and the instinct to sense and finish a scoring opportunity. He’s perfect for Arsenal, but he won’t be easy to get. 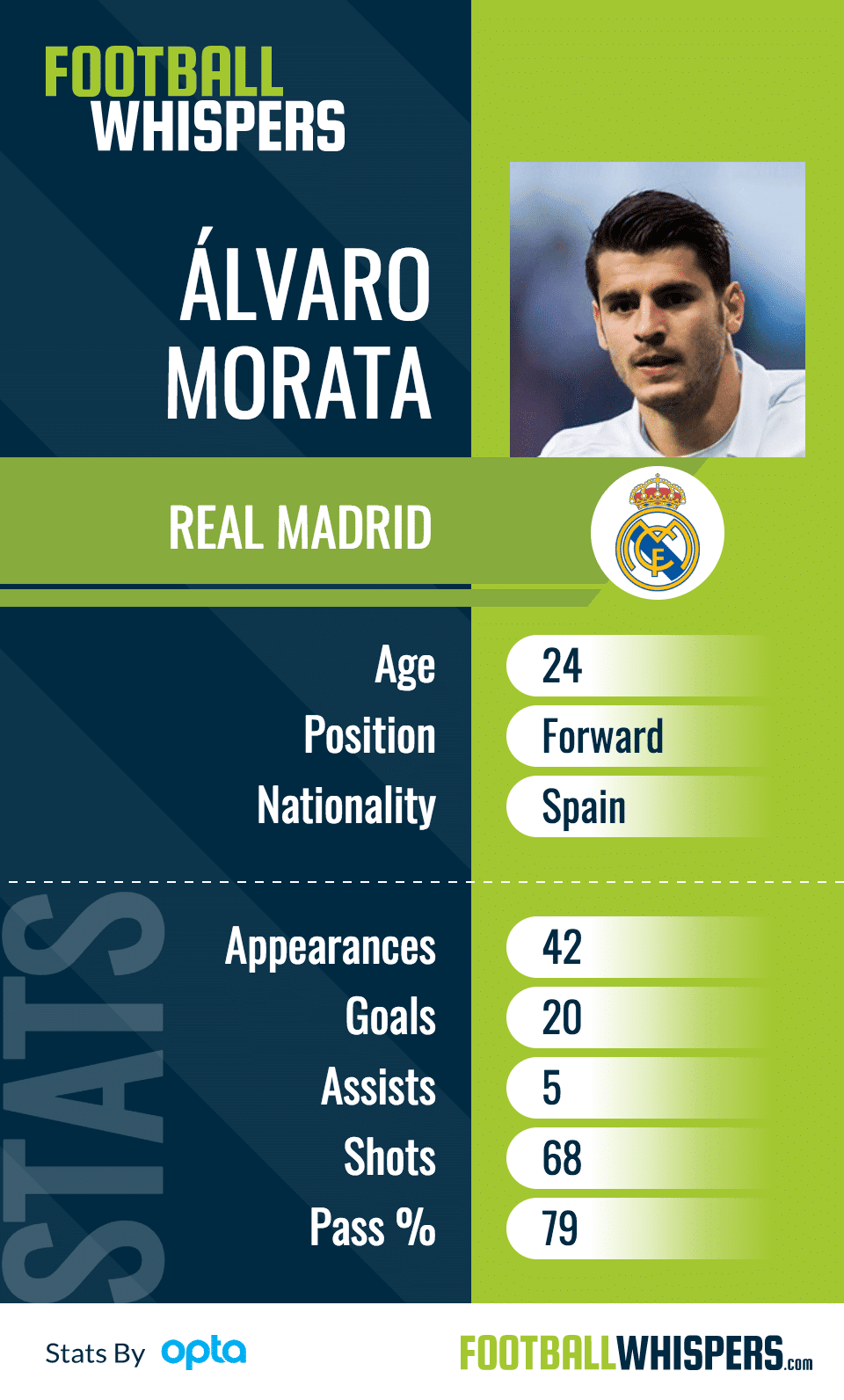 Another established finisher who has been linked with a move to the Emirates Stadium in the past, Álvaro Morata will undoubtedly be linked with a move away from Real Madrid this summer given his lack of playing time under Zinédine Zidane.

Morata left Madrid in 2014 and shone at Juventus under Antonio Conte, scoring 27 times in two seasons before the LaLiga giants exercised their buy-back clause to bring him back to the Bernabéu last summer.

Having developed into an astute finisher with excellent movement and work-rate to boot, Morata was tipped to flourish at the head of Madrid’s attack this season, but starting opportunities have been hard to come by, with Karim Benzema preferred as the side’s out-and-out striker. Morata has still been efficient with the time he’s been given, however, scoring 20 times in 41 appearances.

The Spain international was prepared to leave Los Blancos three years ago in the search for regular football, so there’s no reason to think he wouldn’t do it again at such a critical juncture in his career.

Dangerous, versatile and eager to prove himself as one of Europe’s best, Morata would be a fantastic addition to Arsenal’s ranks.

Mauro Icardi has been one of the most consistent strikers in Serie A over the last three seasons and, given the uncertainty looming over Inter Milan at the moment, the Argentine may feel it’s time to move on.

The 24-year-old has enjoyed his most productive league campaign this season, scoring 24 goals in 34 appearances. With eight assists to his name, he’s also been the Nerazzurri’s most creative player, making it easy to see him succeeding in the Premier League.

Icardi’s situation at Inter is an interesting one. Awarded the captaincy in 2014, he was beloved by the club’s supporters before offending them with a chapter in his autobiography Sempre Avanti (Always Forward) last October.

There were demands for the club to sell him, but instead he was fined and forced to remove the chapter from his book. Since then, he’s continued to score regularly that has helped bury the hatchet but, with such a troubling period still fresh in the memory, he may assess that a change of scenery could benefit him. 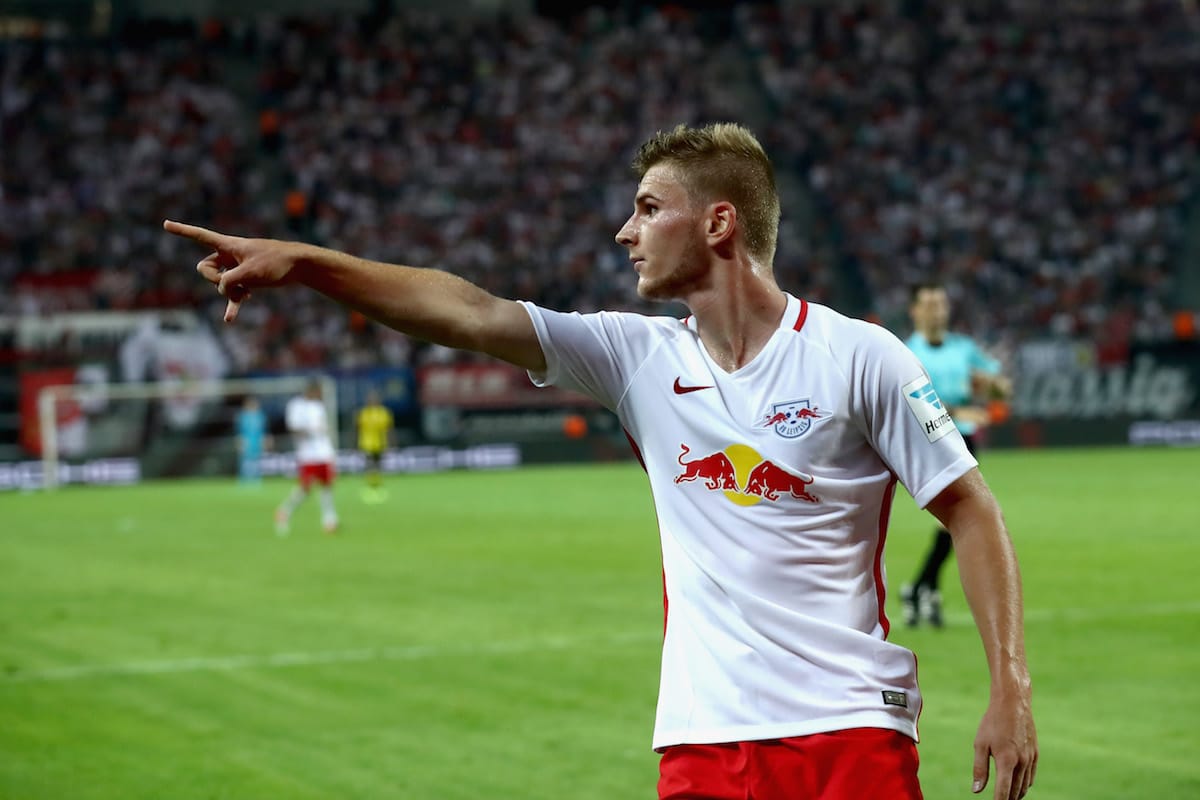 RB Leipzig’s 21-year-old striker has been one of the Bundesliga’s stand-out players this season, his goals lifting his club to a second-place finish in the Bundesliga after joining from Stuttgart last summer.

Timo Werner’s performances have been impossible to ignore, scoring 21 times and adding five assists in 31 appearances, prompting him to become a Liverpool transfer target, as well as attracting interest from elsewhere.

One of the biggest positives about Werner is that he can operate comfortably across the frontline. He’s predominantly used as a centre-forward at Leipzig but his pace makes him an effective outlet on the wing, where he was regularly used at Stuttgart at the start of his career. Such versatility would be a real asset for Arsenal, should they play a 4-3-3 next season and Werner’s touch, finishing and willingness to take defenders could make for a thrilling revamp in the Gunners attack.

Every major Italian outlet has reported that Dries Mertens is on the verge of signing a bumper new contract at Napoli. Despite that, there has been nothing official announced and, the longer that remains the case, the more hope that will give potential suitors of turning his head.

The diminutive 30-year-old has enjoyed the season of a lifetime at the Partenopei, scoring 33 goals in 44 appearances in all competitions.

The exciting Belgian set Italian football alight back in December when he scored eight goals in three games, a seismic explosion of form which included a hat-trick against Cagliari and four goals in the win over Torino a week later.

Crucially, however, convincing Mertens to leave Napoli, who have just achieved a club record total of 83 points in Serie A this season, for Arsenal will be difficult, especially now that the Gunners have failed to qualify for the Champions League.
Mertens’ skill, pace and craft have led many to pinpoint him as the perfect fit for the North London club and, although he’s expected to stay at Napoli, Arsenal could do worse than to chase his signature this summer.