Hyper-athletic and vastly underrated, Stefano Tacconi has received very little recognition despite a stellar playing career in which he won a staggering number of honours. He would never be the first player discussed on any team in which he played. But there's no doubt those sides would have been far less successful were it not for the eccentric goalkeeper’s ability.

During his 21-year career, few others have donned the gloves with such distinction and the sheer number of men who missed out on inclusion in this series in order for Tacconi to make the cut speaks volume. 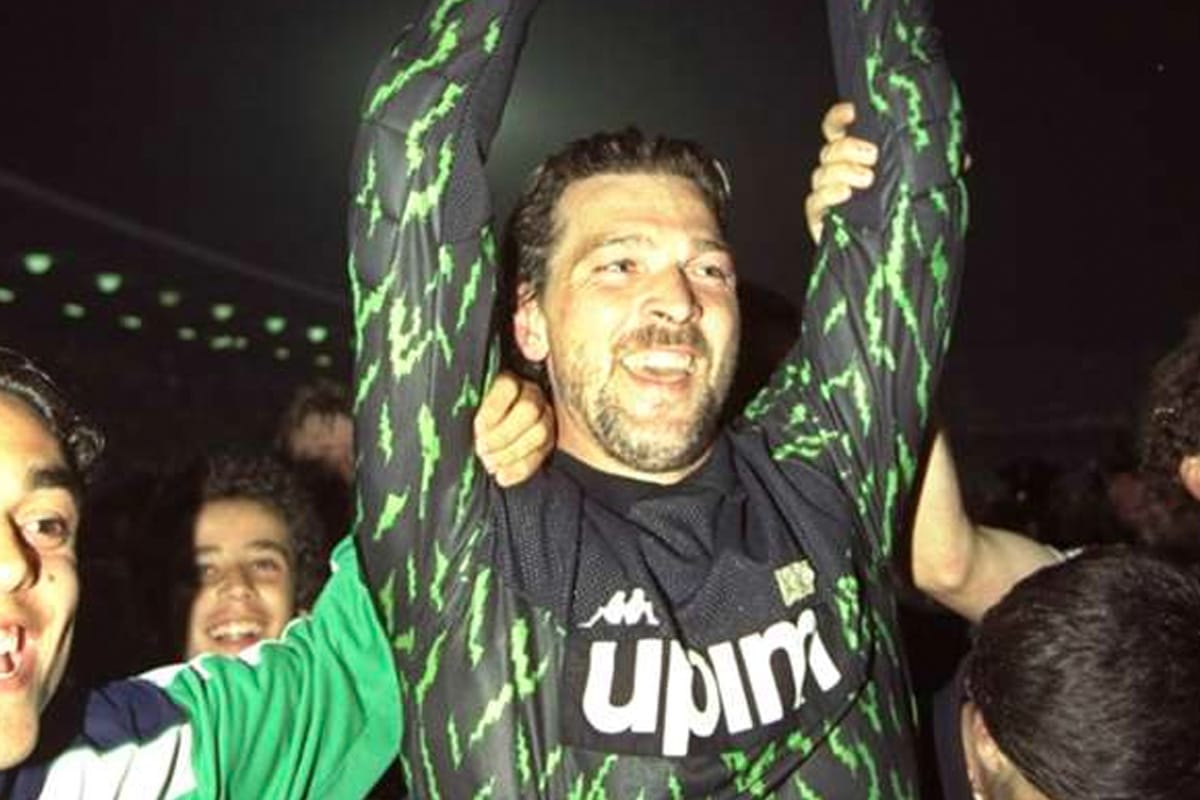 Standing 6ft 2in, and supremely athletic – particularly for the era in which he played – Tacconi cut an imposing figure for opposing strikers. He often panicked them into making mistakes which allowed him to make comfortable saves. Tacconi would concede 29 goals in his first season, winning the Scudetto, but it would be in European action where he truly made the difference, starting a trend that would continue throughout his time with the club.

Thanks to their Coppa Italia win in the previous campaign, the Bianconeri took part in the Cup Winners’ Cup in the 1983/84 season, and Tacconi kept four clean sheets en-route to the final where they faced Porto. Goals from Beniamino Vignola and Zibi Boniek saw them lift the trophy, and they followed that up with a European Super Cup victory over a Liverpool side that was routinely beating every team they faced.

Tacconi keptthe Anfield giants at bay while Boniek continued to enhance his reputation for impressing in big games with both goals in a 2-0 victory. There is little doubt the Juve stopper was among the early pioneers of today's all-action keepers.

It would be easier to list the trophies he didn’t win, simply because there are none. In terms of Italian and European football, Tacconi celebrated victory in every available competition.

His career began in modest circumstances, bouncing around various teams including Inter, Pro Patria, Livorno and Avellino before joining Juventus in time to replace the legendary Dino Zoff. That was a thankless task. But playing behind a supremely effective defence meant he had to endure long periods of inactivity.

Yet the Perugia native did just that and amassed an unrivalled medal collection in nine years with the Old Lady. Tacconi claimed two Serie A titles plus triumphs in the European Cup (1985), Cup Winners' Cup (1984), UEFA Cup (1990), European Super Cup (1984) and Intercontinental Cup (1985). Tacconi was also a member of the Italy squad that finished third in the 1990 FIFA World Cup. 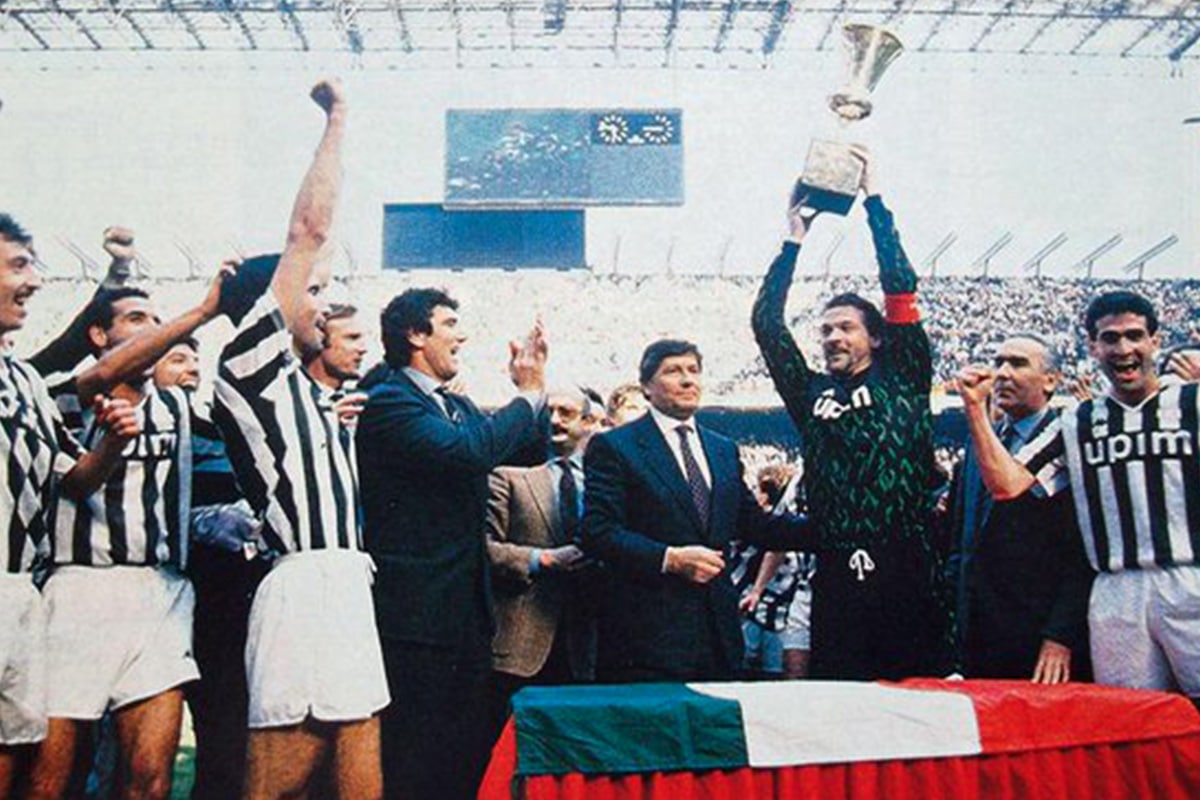 There was no glory in Juve’s 1985 European Cup victory. No honour in lifting the blood-stained trophy at Heysel despite the club’s long pursuit over the previous decade. It was with heavy hearts they began the 1985/86 season, eventually beginning to re-exert their domestic dominance by clinching yet another Scudetto while conceding just 17 goals along the way.

Tacconi continued to showcase his ability. Fittingly it would be in the Intercontinental Cup where he would be thrust firmly into the spotlight. Juventus viewed the competition as a chance to finally prove their quality after tragedy in Belgium. Giovanni Trapattoni's team came up against a tough Argentinos Juniors side who tested their resolve.

Landing in Tokyo, the Bianconeri were shocked by the state of the pitch at the National Olympic Stadium in Kasumigaoka. Their experienced coach was convinced the poor surface would help their South American opponents. Carlos Ereos embarrassed Tacconi with a wonderful lob that left the goalkeeper flat-footed, but his blushes were spared by Platini and Michael Laudrup forcing extra time.

Both teams sat back and played with a caution that had been absent in the previous 90 minutes. A penalty shootout became inevitable. After Antonio Cabrini – who had missed from the spot in the 1982 World Cup final – handed his side a 2-1 advantage, Tacconi faced future Argentine national coach Sergio Batista.

The keeper guessed right, parrying the shot and putting Juve in the driving seat. He followed up with another stop from José Luis Pavoni, setting the stage for Platini to slot home the winning kick.

Juventus and Tacconi at last had their chance to shine, a fact not lost on the player as he reflected on his career years later with La Gazzetta dello Sport. “We have won a lot,” Tacconi said. “But the most beautiful memory is winning the Intercontinental Cup and being the main protagonist.”

Quite simply, Tacconi came, he saw and he conquered. Then he did it again. And again. And again. He is – to all but the most ardent of Juventus supporters – likely to be the best goalkeeper you had never heard of, and one who undoubtedly belongs on this list.