Aidy Boothroyd's England under-21 side will be hoping to emulate the recent success of their under-20 counterparts at the UEFA European Under-21 Championships this month.

The under-20s, under the tutelage of Paul Simpson, became the first England side at any level to be crowned world champions since 1966 last month by lifting the FIFA U-20 World Cup in South Korea.

The goalless draw in their opening game against Sweden may not have been what the England under-21s were hoping for, but there is enough talent within the squad to go far in the competition.

Here are the five players set to shine for England. 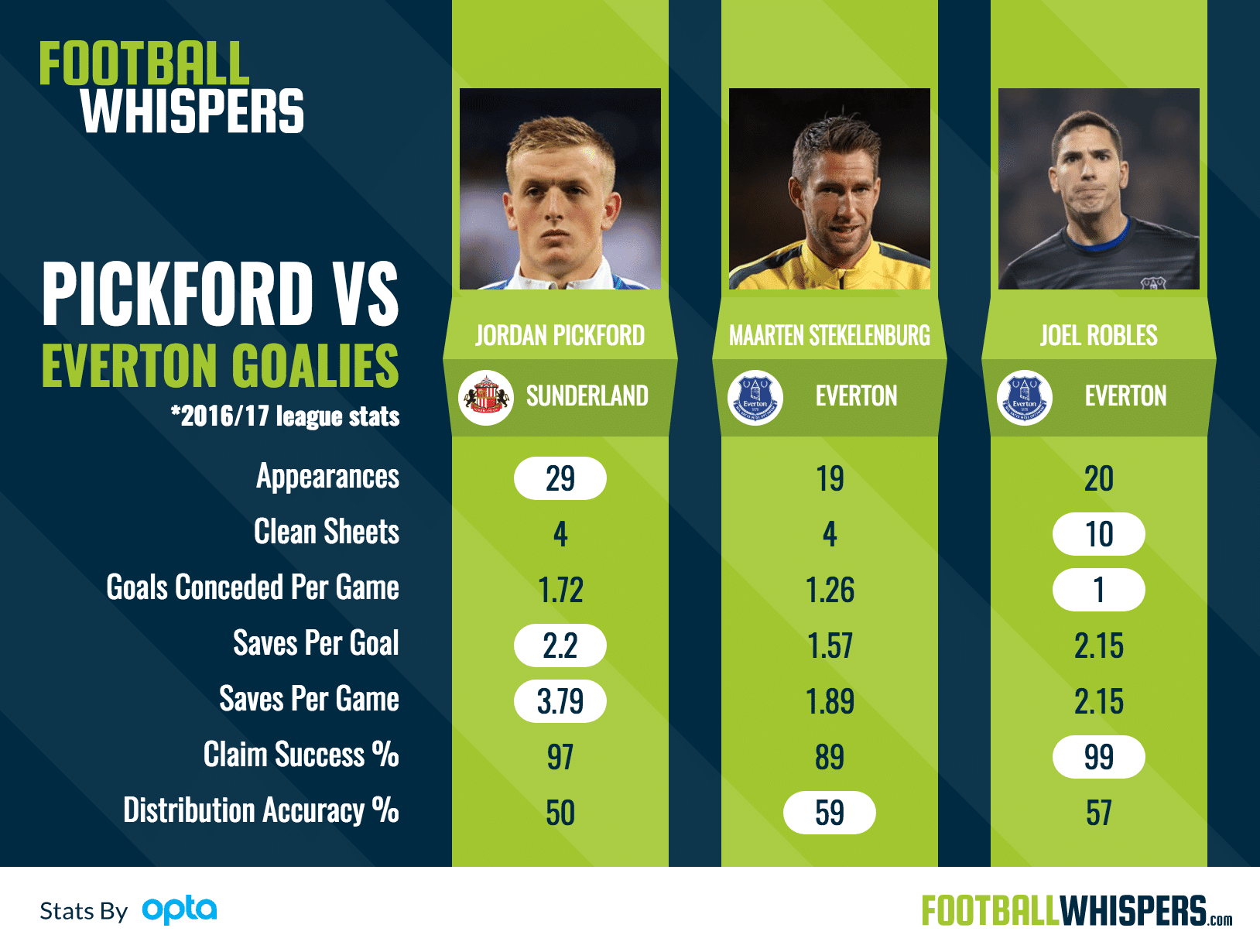 Eyebrows were raised when Everton forked out a whopping £30million to sign Jordan Pickford from relegated Sunderland, making the 22-year-old the most expensive English goalkeeper in history, and the second most expensive keeper in British football, behind only Ederson of Manchester City.

However, in the current inflated transfer market, there is little sense trying to rationalise the fees being paid for players. The money within the Premier League is so vast that as long as the player in question represents a significant improvement for the buying club, that's as close to value as you can hope for.

Pickford will certainly be an upgrade for the Toffees, who have deployed the less than reliable Joel Robles between the sticks recently. The Englishman has tremendous reflexes and solid distribution.

A penalty save in the opening fixture of the Under-21 Euros, a 0-0 draw against reigning champions Sweden, has already made Pickford the frontrunner to be England's player of the tournament.

If the youngster is able to continue his development at Goodison park, he is almost certain to claim the England No.1 shirt for himself as senior level.

Should Wayne Rooney Still Be England Captain… by FootballWhispers

After six loan spells away from Stamford Bridge — including stints with Watford, Burnley and Napoli — Nathaniel Chalobah finally made his Premier League debut for Chelsea last season.

The powerful and technically gifted central midfielder featured in ten games in total on the Blues' run to the league title under Antonio Conte, although only one of those came from the start.

With Nemanja Matić and Cesc Fàbregas facing uncertain Chelsea futures, there could be an opening for the 22-year-old Sierra Leone-born youngster to play a more prominent role for the Blues next season.

Although he is still in the early stages of his first-team a career at Chelsea, Chalobah is vastly experienced at under-21 level, having appeared 37 times for the Young Lions since breaking into the squad in 2012. 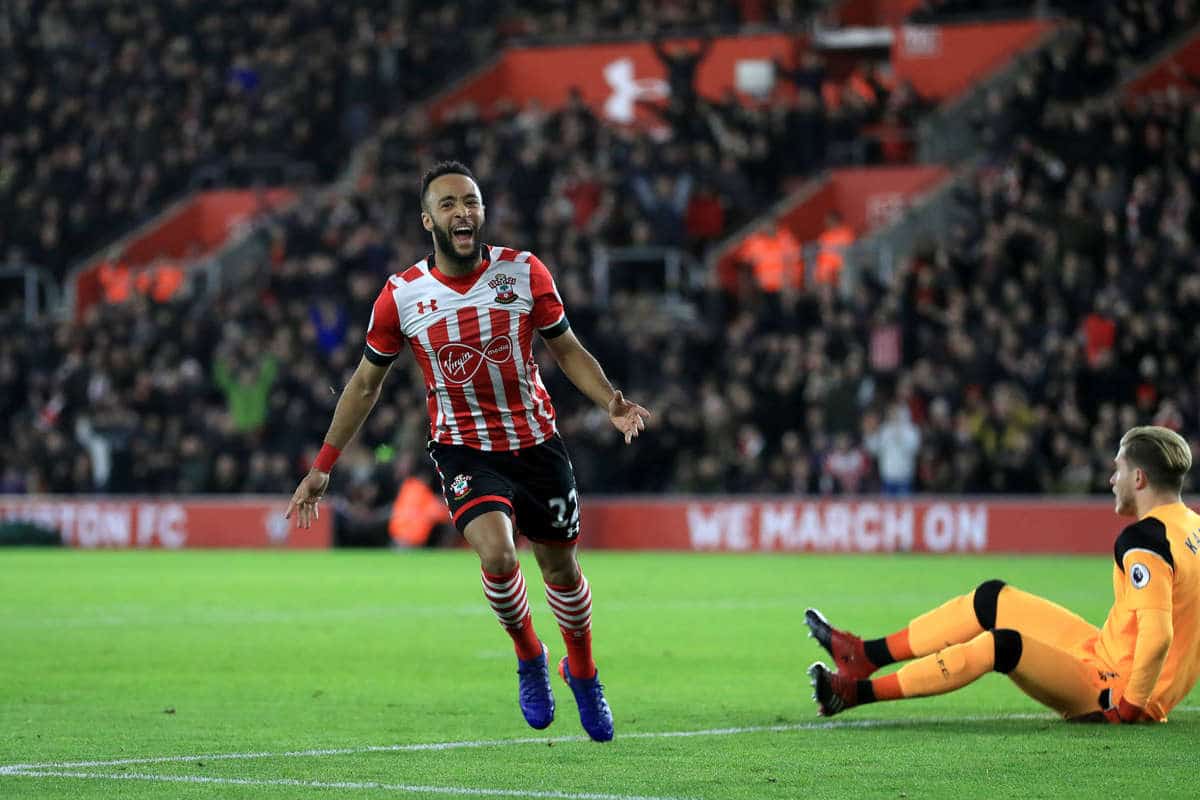 Dynamic Southampton winger Nathan Redmond is another player well experienced at under-21 level, with 35 appearances and nine goals to his name. The 23-year-old has also been capped once at senior international level too.

With his blistering pace and ability to play out wide or through the middle, Redmond, a one-time Liverpool transfer target, will be one of the main and most dangerous attacking weapons at manager Boothroyd's disposal in Poland. 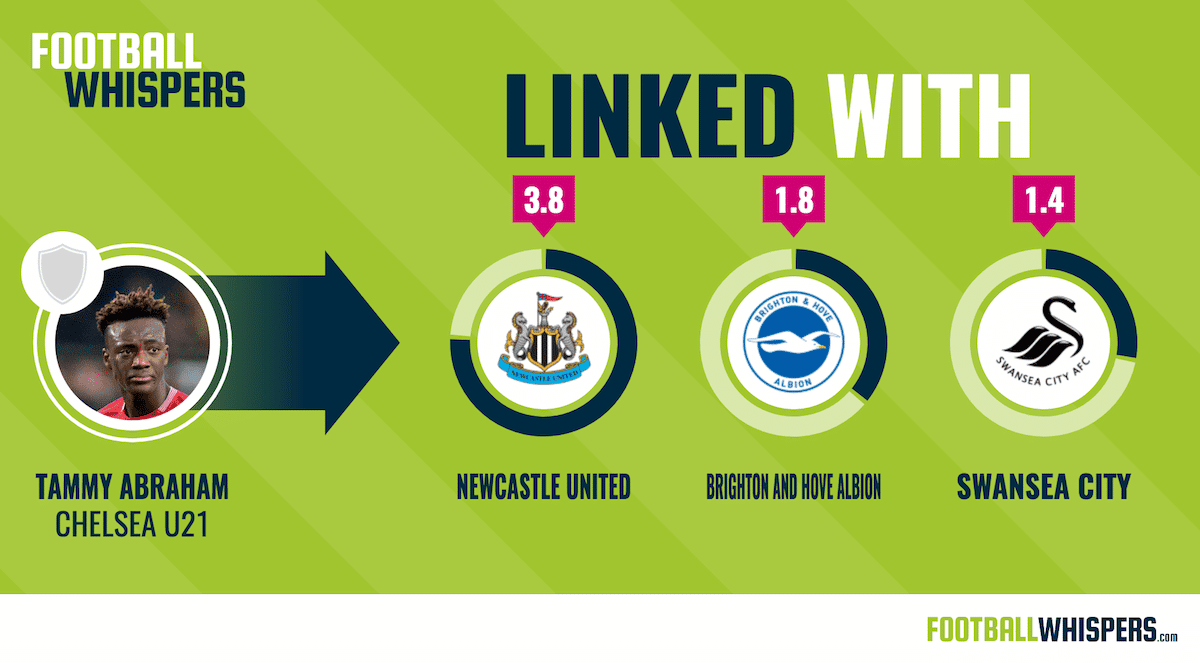 On loan with Bristol City in the Championship last season, 6ft 5ins Abraham impressed with 23 goals in 41 games in the English second tier, as well as an additional three strikes on the EFL Cup.

The Chelsea striker is a commanding physical presence in the opposition's penalty area, but he also possesses tremendous touch, deftness and awareness given his size.

After looking so comfortable in the Championship last term, it is thought that the Blues, rather than have the player compete for a starting berth at Stamford Bridge, will loan Abraham out to a Premier League club next season to further his development. Newcastle United and Swansea City are both thought to be interested in borrowing the 19-year-old's talents.

Another Chelsea star who has been impressing on loan away from his parent club is midfield playmaker Lewis Baker.

Having spent the last two years with Vitesse Arnhem in the Dutch Eredivisie, the 22-year-old has earned a burgeoning reputation thanks to his maturity, creativity and eye for goal.

With 15 all-competitions goals in 37 appearances in 2016/17, the stage is set for Baker to shine at the Under-21 Euros this month.

Wearing the No.10 shirt, the England man is expected to be the Young Lions' creative force in midfield, while supplementing the attack with his intelligent movement in forward areas and deadly finishing skills.

Perhaps an impressive tournament this month could pave the way for a senior Chelsea debut next season.