“Leicester City Football Club would like to make absolutely clear its unwavering support for its first-team manager Claudio Ranieri” – an official statement read on February 7. Yet 16 days later, the man who delivered one of the greatest achievements in sporting history was sacked.

“Unwavering” the statement said; “united” the owners insisted. But Leicester's 2-1 loss away to a high-flying Sevilla in the first leg of their Champions League last-16 tie on Wednesday was to be Ranieri’s final game in charge, despite lifting the unlikeliest of Premier League titles just 292 days earlier.

“This has been the most difficult decision we have had to make in nearly seven years since King Power took ownership of Leicester City,” club vice chairman Aiyawatt Srivaddhanaprabha said in a statement on Thursday night.

“But we are duty-bound to put the club's long-term interests above all sense of personal sentiment, no matter how strong that might be.”

And so, Ranieri is gone. The manager who took the Foxes from likely relegation to a truly unbelievable triumph last season continues a worrying recent record for managers of Premier League champions.

Since 2012, Roberto Mancini (Manchester City), Sir Alex Ferguson (Manchester United), Manuel Pellegrini (Manchester City) and Jose Mourinho (Chelsea) have all left their jobs after guiding their respective clubs to the league title. All, with the exception of United's legendary manager who retired, were sacked for underachieving either during or at the end of the following campaign.

None of the above managerial casualties sparked the kind of widespread outrage Ranieri's has, however.

So why did the Leicester owners do it? Here Football Whispers looks at five reasons why the much-liked Italian was given his controversial marching orders.

After all that Claudio Ranieri has done for Leicester City, to sack him now is inexplicable, unforgivable and gut-wrenchingly sad.

Unsurprisingly during testing times like these, reports have surfaced suggesting that all was not well in the Leicester dressing room.

According to the Guardian, Ranieri had become increasingly distant from members of his backroom staff and eventually lost his grip on the dressing room, where some of the tactical changes and selection decisions he made had left players scratching their heads. He made alterations to the side and to his tactics in a desperate attempt to illicit a positive reaction from his struggling team, but evidently he instead achieved the exact opposite.

The Guardian also reported that there was a strange incident after one match when the players were told that their opponents had been briefed beforehand about problems with egos and bad attitudes in the Leicester squad. Even more unsettling is the suggestion that these reports allegedly came from someone inside the Leicester camp.

A bad run of form can always end, but the players need to be onside if positive results are to come.

2. The Bar Was Set Too High Last Season 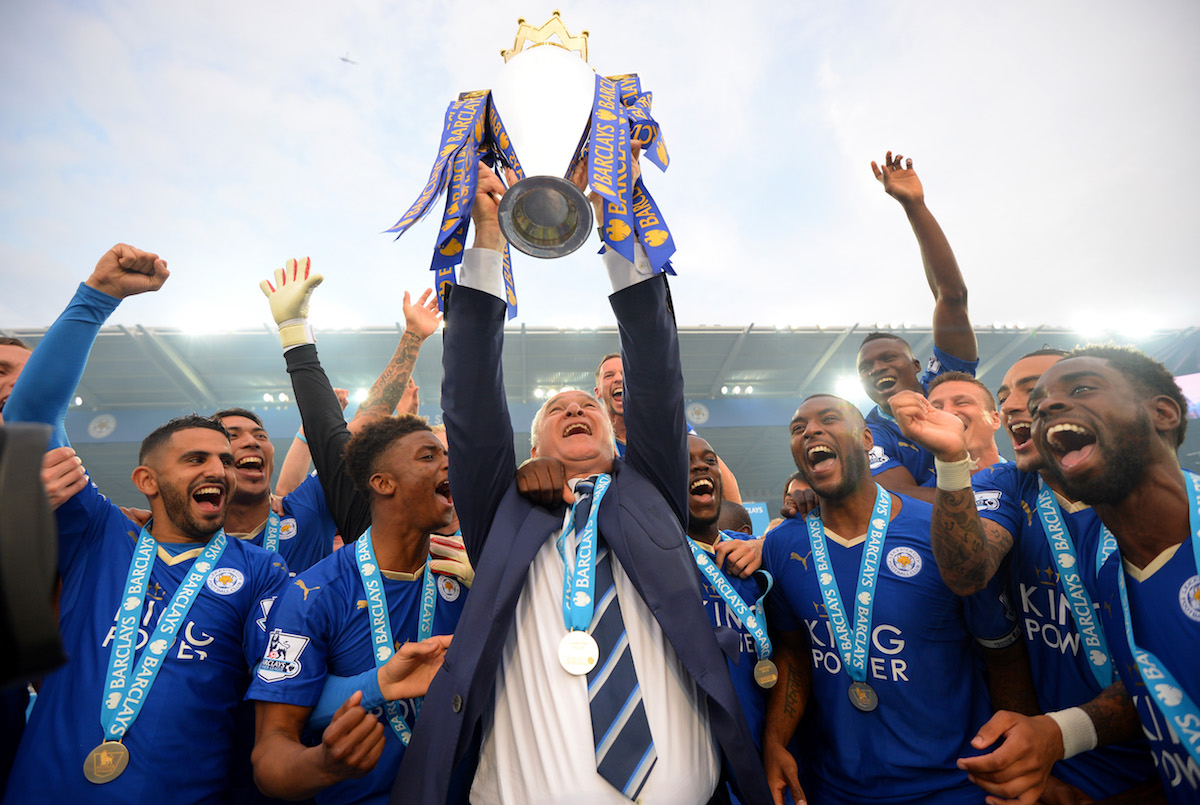 No one saw it coming – at all. Leicester's title win last season, as refreshing as it was to see from a neutral perspective, was always an overachievement of grandiose proportions.

This was a club that was supposed to be fighting to stay up following their 14th-place finish the season prior, not fighting with the league's heavyweights and eventually delivering knockout blows to all of them come the end of the season. It was absolutely remarkable.

En route to what has to be the most memorable title triumph in the league's history, Leicester won the most games (23), lost the least (3), had the third best attack (68 goals), and the joint third best defence (36 goals conceded). They ended the season with an impressive 81 points, ten better than runners-up Tottenham Hotspur.

The champions in recent seasons finished with a higher points tally than that, but that is besides the point. This squad did well to achieve anywhere near this tally in the first place and were always going to struggle to do it again. And struggle they have, indeed.

At this point of the season, with 25 games played, the Foxes find themselves in 17th place with 21 points, just one above the relegation zone. They have the joint third worst attack in the league, having scored just 24 goals, an average of less than one per game – they have yet to score in 2017 in six games. At the back, meanwhile, they have conceded 43 goals, which is the joint fourth worst record. They have also won just five games and lost 14.

At this same stage last season, Leicester were in first place with 53 points, five clear of second-placed Spurs. They had the best attack (47 goals), the joint fifth best defence (27 goals conceded), had won the most games (15), and had lost the least (2). The difference in form is stark.

Ultimately, the latter is not too far from what the squad is realistically capable of achieving, but with the memories of last season still fresh in the memory, that was never going to be acceptable. 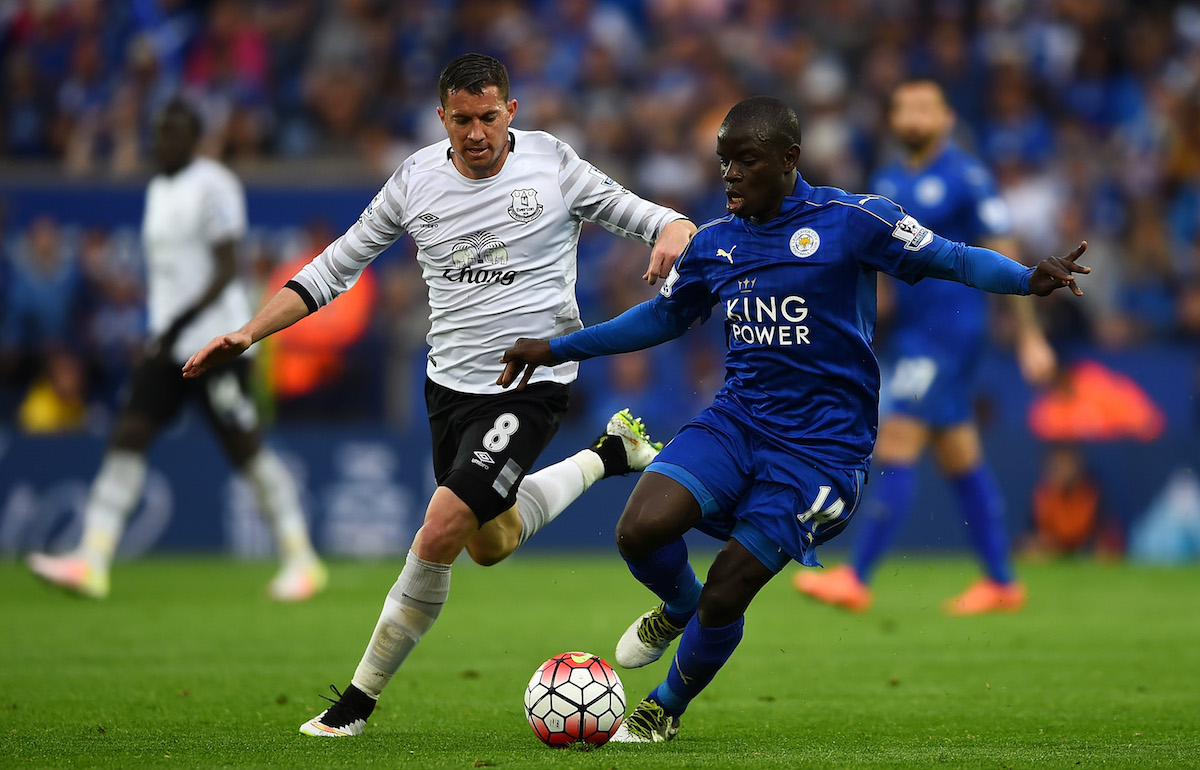 READ MORE: ANALYSING WHAT HAS GONE WRONG FOR LEICESTER CITY THIS SEASON

“Two thirds of the world is covered by water; the rest is covered by N'Golo Kanté” – that was one of many wonderful things said about the hardworking, tireless Frenchman, as he earned rave reviews for his impressive performances during Leicester's title-winning campaign.

He led the league last season in tackles (125) and interceptions (156), showing just how key he was in the middle of the park.

When he left for Chelsea, where he is again earning plaudits for his impressive displays, Leicester struggled to find a replacement that could at least try to fill his huge shoes. Nampalys Mendy came in from Nice in last summer's transfer window, but he has struggled for both form and fitness, especially the latter.

Then, in came young Wilfred Ndidi in the January transfer window, who is a very talented player in his own right. But he is yet to exert the kind of influence that Kanté did.

The truth is, he came into a difficult situation and it would have always taken something extraordinary from him – and immediately at that – to help Leicester recover. That is too much to ask of a 20-year-old.

Ranieri needed a proper replacement for his star Frenchman at the first time of asking. Who knows? Things may not have turned out this way if he did.

4. Stars Have Failed to Perform This Season 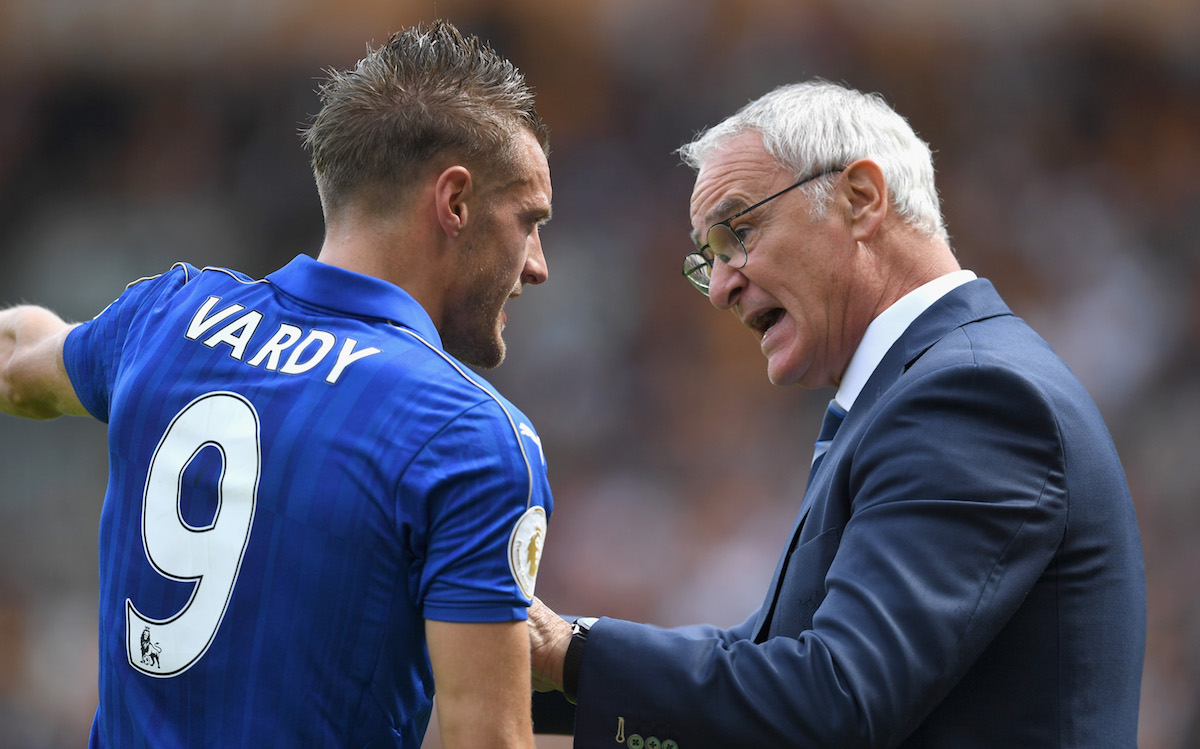 Jamie Vardy scored in a record-breaking 11 straight league games last season en route to finishing with 24 goals, one behind top scorer Harry Kane. This season, he has just five goals in the 22 games he has played and while he scored against Sevilla, he has not managed a shot on target in the Premier League since December 17.

Similarly, Riyad Mahrez, the reigning PFA Player of the Year, scored an impressive 17 goals and assisted another 11 last season. This season, he has just three goals and two assists.

Danny Drinkwater has also struggled to replicate last season's form. Lauded for his quality on the ball, he had seven assists last season in addition to two goals. At this point, he has no goals and just one assist.

Ranieri recently called into question his loyalty to his star players, and rightly so. They have simply failed to turn up this season, and it has ultimately proved costly.

5. Leicester's Summer Signings Have Not Delivered

Following their title win, Ranieri, as one would expect, tried to improve the quality of the squad in order to facilitate Champions League football in addition to targeting a respectable league finish. None of his signings have proven truly successful, however. At least, not yet.

Ahmed Musa, however, has just two goals in 18 games, as he struggled to earn a starting place.

The aforementioned Ndidi, who was a January signing, has done reasonably well thus far, but needs time to truly find his feet, while Mendy has featured just four times in the league as he struggled to get and stay fit, as was mentioned earlier.

Bartosz Kapustka, meanwhile, has yet to appear at all in the league, as he has struggled to come to grips with the rigours of English football.

So the poor form of his current stars coupled with the lack of success with his new signings proved another decisive factor in Ranieri's dismissal.