The World Cup is less than 90 days away. In that time England boss Gareth Southgate has just three games left to work out who will be going to Russia, charged with bringing home glory…or at least a quarter-final exit on penalties.

England defeated the Netherlands 1-0 in Amsterdam on Friday night and tonight host Italy at Wembley. It's the last chance to impress.

The next time the squad get together it will be for warm-up games against Nigeria and Costa Rica in June and the World Cup will be little more than a fortnight away.

But what is Southgate hoping to learn from these games and what problems are there to solve ahead of this summer's tournament in Russia? Football Whispers attempt to get inside the England manager's head.

There's no time to waste.

The biggest bone of contention from Southgate's latest England squad was not the exclusion of anyone. Rather the inclusion of under-fire West Ham United keeper Joe Hart as one of four options between the sticks.

Somewhat ironically, the 30-year-old is teflon to England managers – nothing sticks. And Southgate is no exception. Hart has remained his de facto No.1 despite being dropped in favour of Adrían in November by his club.

Since the latest international break in November, the Manchester City loanee has played just five times – only once on the Premier League. His return to the side was certainly memorable as Hammers fans invaded the pitch at the London Stadium in the 3-0 loss to Burnley while Hart was at fault for one of the goals.

The alternatives, Jack Butland, Jordan Pickford and the uncapped Nick Pope are all in far better form, though Butland and Pickford have endured rocky patches with Stoke and Everton respectively.

In fact, Football Whispers data shows Pope to be the top-flight's second-best goalkeeper behind David de Gea (below).

The problem facing Southgate is two-fold. Hart is England's long-standing No.1 and a veteran of 75 caps. Butland, Pickford and Pope have seven between them and going into the World Cup with a rookie keeper is not ideal. Dropping him now will all but end his Three Lions career

This is a situation that should have been dealt with long before now. There are parallels to be drawn with the 2010 World Cup when Hart was the form keeper but the veteran Robert Green was preferred thanks to his experience.

That was a disaster and persisting with Hart now could be too. Southgate can avoid a repeat by placing his full trust in one of the three men in form.

2. Settle on a centre-back trio

Another big unknown for Southgate is who will play at centre-back. As a former central defender the England boss has paid particular attention to the position, ruling out Manchester United‘s Chris Smalling on the grounds he does not believe he can play in a back three.

Chelsea skipper Gary Cahill has been left out too with his club form clearly a concern for Southgate, while Phil Jones, yet again, is ruled out with injury.

All of which leaves John Stones as the senior centre-back among Harry Maguire, Joe Gomez, Alfie Mawson and James Tarkowski. While it is encouraging to see players picked on form rather than reputation – something all England managers promise but fail to deliver – it is late in the day to be forming partnerships.

So, much like with the goalkeeper spot, Southgate needs to make a decision and stick with it. Stones, despite playing just twice since the end of January and not in the Premier League since January 20, is nailed on. The question is who will flank the 23-year-old who, with just 22 caps, is the elder statesman of this defence.

Mawson looks like the most natural fit as he is part of a Swansea defence which is encouraged to pass the ball out, something his 36.5 accurate passes per 90 attest to. The blot against his name is his lack of international experience which leaves the door ajar for Cahill and Jones.

Leicester City‘s Maguire can cement his place. The burly defender has hardly put a foot wrong in his four caps and although he plays in a two at Leicester, he could end up being the stopper with Stones and one other flanking him. 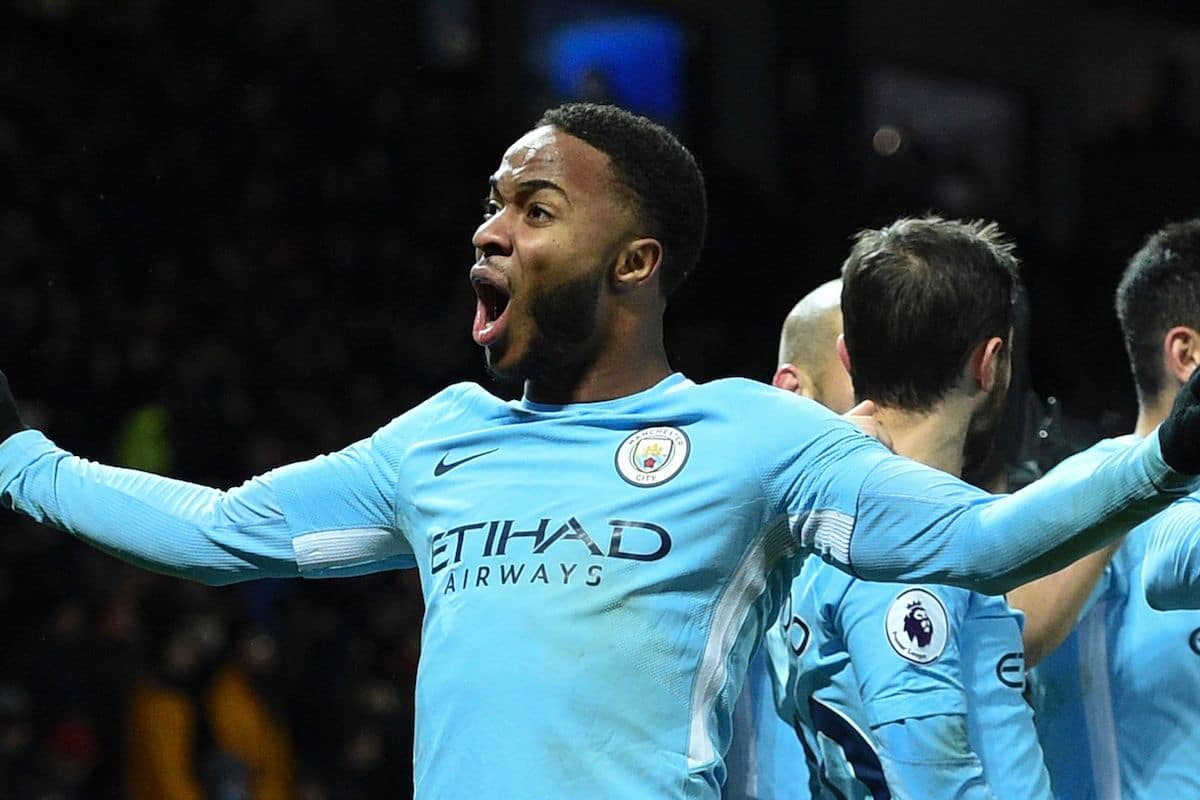 This has been the best season of Raheem Sterling‘s career. The winger has thrived under the tutelage of Pep Guardiola at Manchester City and, with 20 goals in all competitions, it's been his most prolific season in front of goal by some distance.

Injury, typically, has come at the wrong time. But he is back in the England fold after returning in the Citizens' 2-0 win at Stoke prior to the international break. That could be a blessing as it should ensure he is not drained before the World Cup.

The question, though, is where the former Liverpool attacker will fit in. Southgate has utilised a 3-5-2 system in England's last three friendlies – goalless draws against Brazil and Germany and the win over the Dutch – but used wing-backs in the wide roles rather than wingers.

Where that leaves Sterling is unclear. The 23-year-old has 2.33 successful take-ons, 9.28 touches in the opponents' penalty area and creates 0.44 big chances per 90 in the Premier League.

He is one of England's most dangerous creators and if he cannot find a spot on either flank, the next most natural fit would be at No.10, which leads us to Dele Alli… 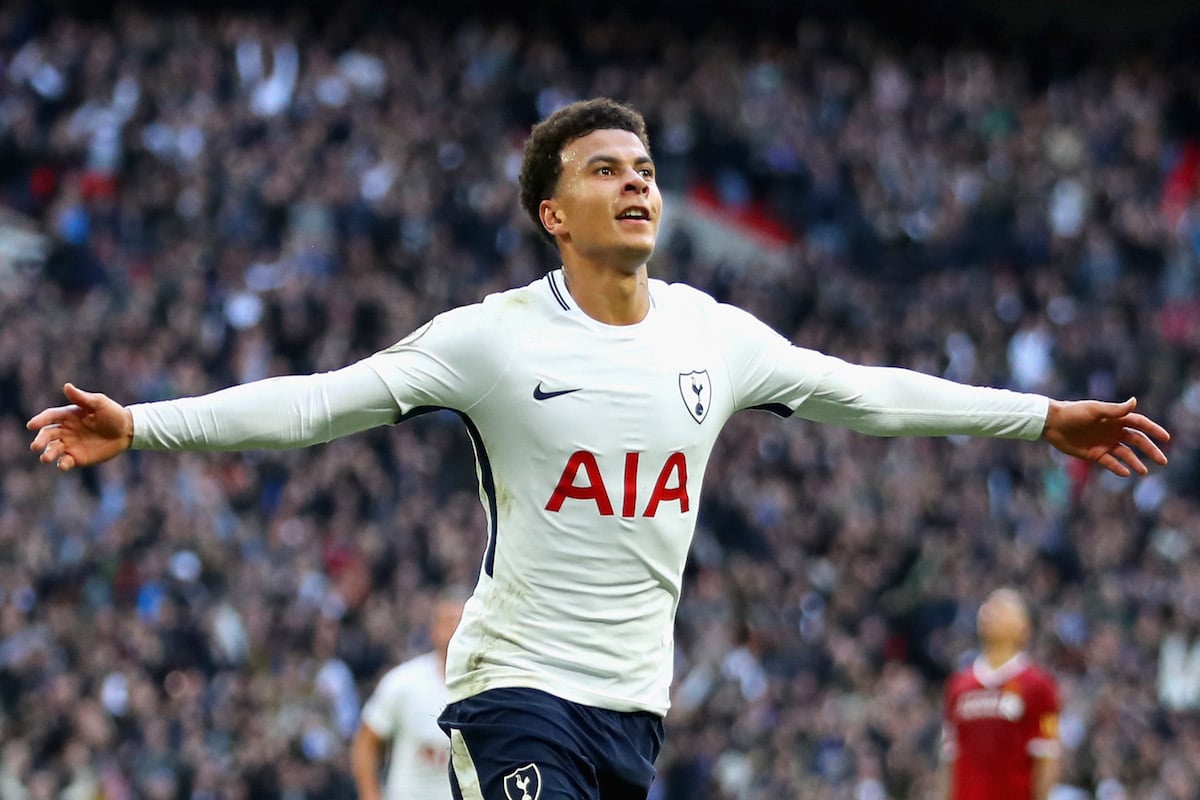 4. What does Southgate do with Dele?

While Sterling has enjoyed the best season of his career, this has been the first challenging period of Alli‘s. The Tottenham Hotspur midfielder has failed to replicate his stunning goalscoring form of last season (0.22 per 90 vs. 0.53) when he bagged 18 in the Premier League.

While he has struggled in terms of goals, some of his other numbers have improved. He has already surpassed the seven assists he supplied last season (9) and making more key passes per 90 this season in open play (1.83 vs. 1.33). He's enjoying more touches in the opposition's box (5.1 vs. 4.34) and creating more ‘big chances' at 0.47 per 90 compared to 0.14.

The battle to be England's No.10, therefore, looks to be a straight shoot-out between Alli and Sterling. If Alli doesn't get the nod he could play further back in the centre of midfield where there is a lack of world-class options. The issue, however, is whether he is disciplined enough to fulfil the role against strong opposition.

Eric Dier, Jordan Henderson and the thoroughly underwhelming Jake Livermore offer some degree of solidity. But Adam Lallana, Jack Wilshere and Jesse Lingard are more attack-minded players who could leave England out-numbered if they do not exercise enough discipline.

While Southgate appears adamant 3-5-2 is the system he wishes to use in Russia, it might not get the best from two of his most important players and that is an issue he has to fix in the next three months.

Few nations are as fixated about who wears that three-inch strip of cloth around their bicep as the English. But it matters in an era when the Three Lions have so few world-class players.

Captains of the past have included Bobby Moore, David Beckham, Bryan Robson, Alan Shearer and Kevin Keegan. Iconic players of their generation and in England's history; talismen who led by example and could pull their team out the fire when needed.

Since Southgate's appointment the armband has been rotated with the former Middlesbrough boss reluctant to make any one player bigger than the rest of the squad – a sensible policy given Wayne Rooney's listless performances in the final years of his England career.

But there are players in this group who are nailed-on to be in every squad for the next two or three tournaments so long as they are fit, and one in particular: Harry Kane.

Although the Tottenham goal machine isn't available at present due to an ankle injury he is the perfect candidate. Rarely injured, never suspended, level-headed, well-behaved off the field and, above all, England's best player. Kane ticks every box.

He is hunting down Shearer's Premier League goal record and he could be the man to emulate the former Newcastle United No.9 on the international scene too.