This season’s Vanarama National League campaign is as exciting as ever as teams fight over the glory of promotion and battle to avoid relegation. Yet a welcome addition to this season’s excitement is a number of promising young talents from the English Premier League.

The National League has always proved to be a useful testing ground for the English stars of tomorrow and throughout the division’s 24 teams there is unquestionably a notable crop of on-loan players that have set the league alight with their performances. 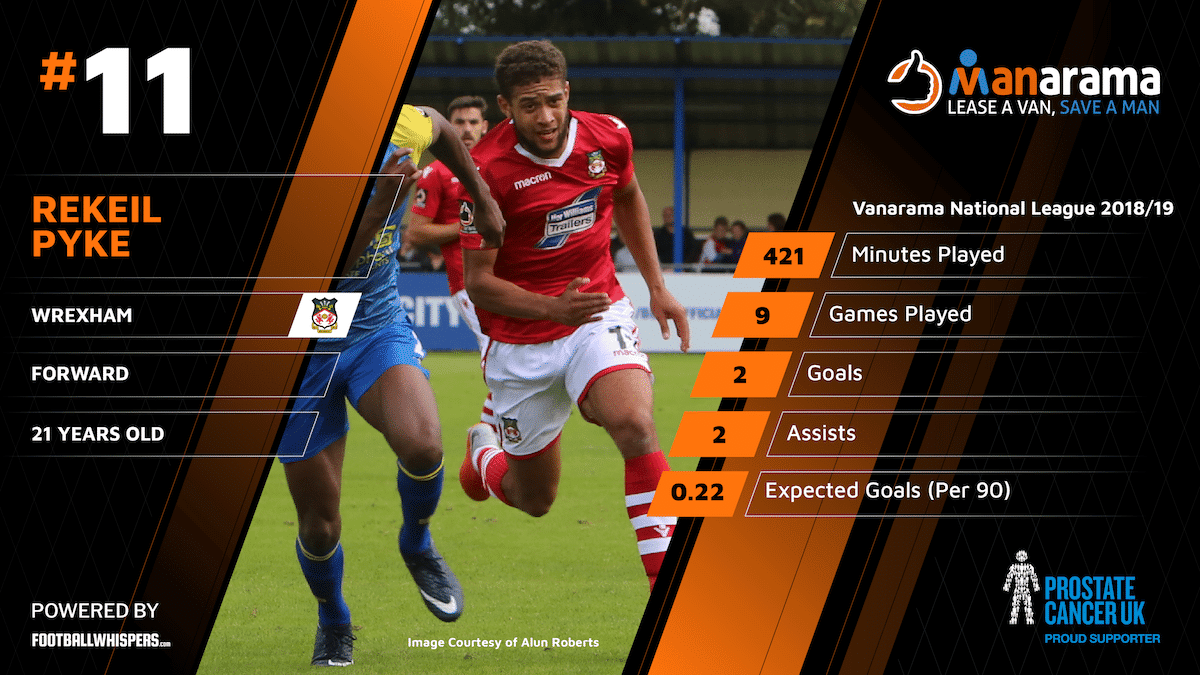 After an unfortunate loan spell at Port Vale in League two last season, which was dogged by a nasty hamstring injury and loan restrictions, Rekeil Pyke has hit the ground running on loan at Wrexham.

The Dragons are currently flying high in second place in the Vanarama National league table with 21 points from just ten games and the on-loan Huddersfield Town striker has played no small part in their success.

After two tepid performances from the bench, Pyke announced his intentions in Wrexham’s third league game of the season with a goal and an assist in just 34 minutes during the club’s 3-0 win over Boreham Wood.

Since then 21-year-old talent has been a regular in Sam Ricketts’ side and has added a further goal and assist to his tally for the season, as Wrexham have gone on to lose just one of their opening nine games.

Aldershot Town haven’t had the best start to the new league season. Despite an opening day draw with Barnet, the Shots have won just three of their first ten games of the league campaign. Yet, in young Regan Booty, there is reason to be hopeful.

Signed on loan from Huddersfield Town in the summer to gain vital first-team action, Booty was deployed in Gary Waddock’s team immediately, first as a left winger and then later as a central midfielder, where he has established himself as a regular performer for the National League side.

Despite the club’s inconsistent form, Booty has offered a vital injection of fresh blood to a midfield that has looked at odds from the one that finished fifth last season. As seen from Booty’s man of the match display in the recent 2-1 over Sutton United, performances like last season’s superb league run are still possible.

Despite sitting three places off bottom spot in the Vanarama National league table at the moment, Dagenham & Redbridge’s defensive record is better than eight teams in the division and at the heart of that sliver of good news is central defender Ben Goodliffe.

The 19-year-old defender arrived at Victoria Road this summer on loan from Wolves and despite a three-match ban for a red card offence has otherwise been ever-present in Peter Taylor’s defensive line.

In the six league games Goodliffe has featured in, the Daggers haven’t lost a single match by more than one goal, yet have only managed to score four goals in that time. A record that clearly suggests that the relegation-threatened side aren’t in this current predicament due to their defensive line.

For Goodliffe and his fellow defenders, the season ahead seems to be one in which they’ll have to continue resolutely defending as best they can in the hope that their team-mates up front can turn their form around. 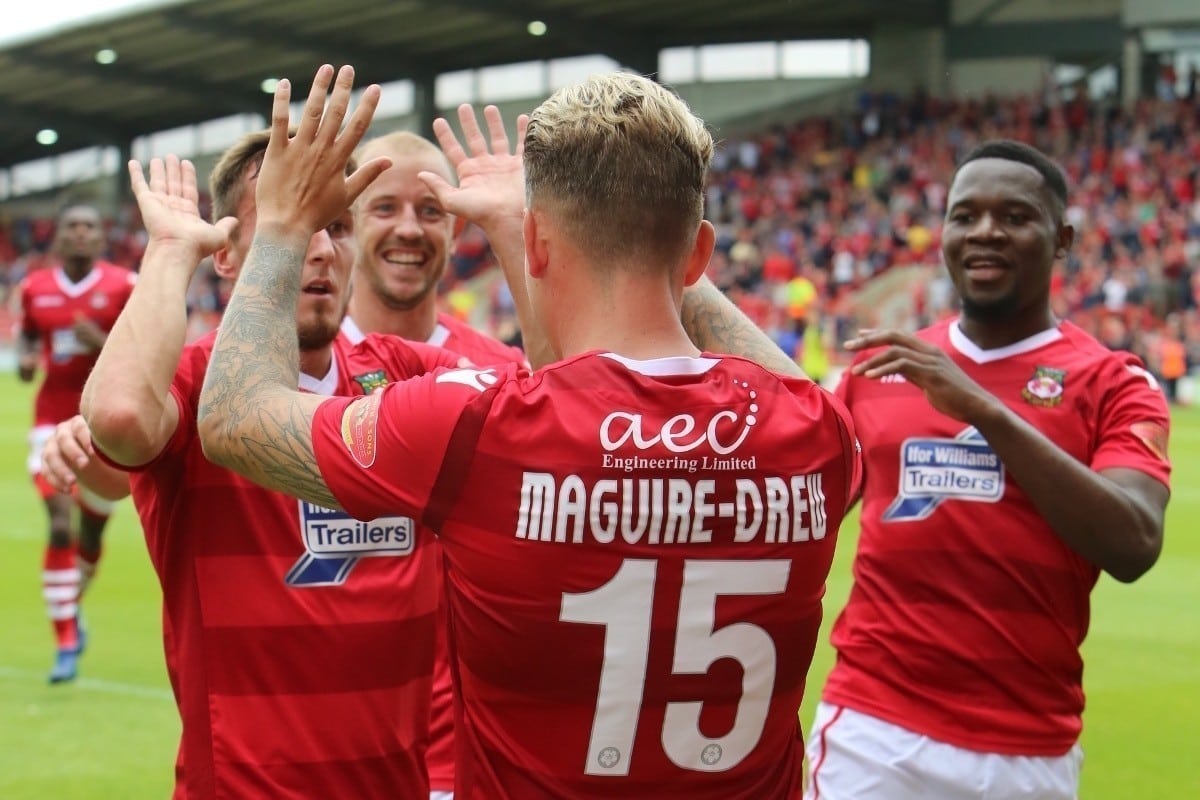 Another young talent that has hit the ground running at the Racecourse Ground this season is Jordan Maguire-Drew, who joined Wrexham on loan from Brighton & Hove Albion in the summer transfer window.

Maguire-Drew’s career stagnated somewhat last season at Coventry, where he made only three appearances, but after just nine games for the Dragons it’s clear that he has found the time and comfort to perform in the Vanarama National league.

Despite joining Dover Athletic on loan with the intention of picking up as much game time as he did last season at Wrexham, Burnley’s on-loan talent Ntumba Massanka hasn’t yet been given the opportunity to impress at the Whites.

Despite playing 24 games for Wrexham last season, Massanka only managed to score two goals for the club. Although one of them may have been a superb overhead kick, it wasn’t enough to suggest that the 21-year-old talent is a sure source of goals at this level. And so far manager Chris Kinnear remains unconvinced having offered the striker just 63 minutes of game time to far this season.

However, with just ten goals in their first nine games of the season and talisman Jamie Allen providing just three of them, Dover and Kinnear may have to go back to the drawing board if they want to turn their form around. And that’s where Massanka may finally get an opportunity to shine.