Everton are set to be active in the January transfer window with a minimum of five new faces expected to be arriving at Goodison Park. Reports suggest Everton manager Ronald Koeman wants to inject both pace and youthfulness into his squad so he’s able to sustain his assault on a European place next season. Ahead of Everton’s Boxing Day clash with Leicester City, Ronald Koeman spoke about his plans for the January transfer window.

“If I compare, I like to do more business now in January than we did than when in charge of Southampton. “But that’s all about what we need. We will lose Idrissa Gueye to the Africa Cup of Nations. We have a long-term injury in Yannick Bolasie. We have the physical problems with injuries of James McCarthy and we know Gareth Barry cannot play games every two or three days.” 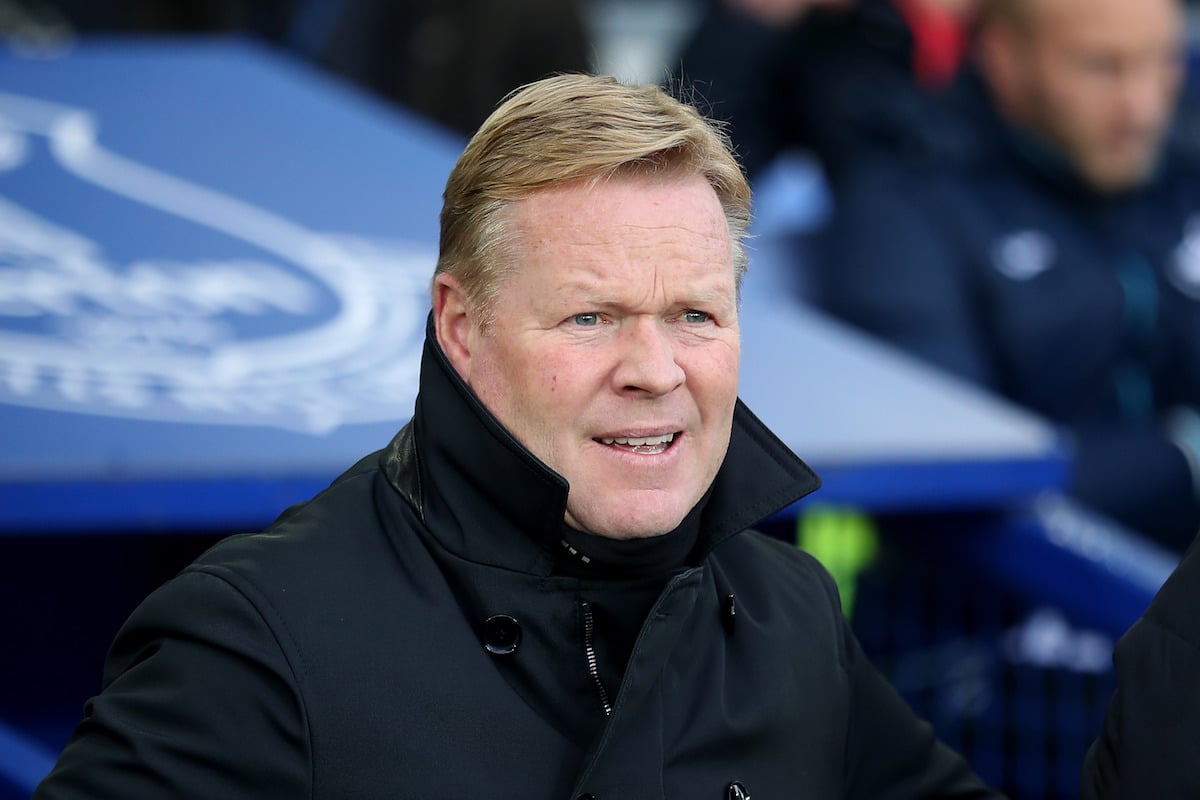 The quotes come just days after The Mirror claimed Koeman would be given £50 million to spend by new owner Farhad Moshiri and the club have already been mentioned with a whole host of players.

Using the Football Whispers Index rating, here’s a look at five signings we could see arrive at Goodison Park in January. 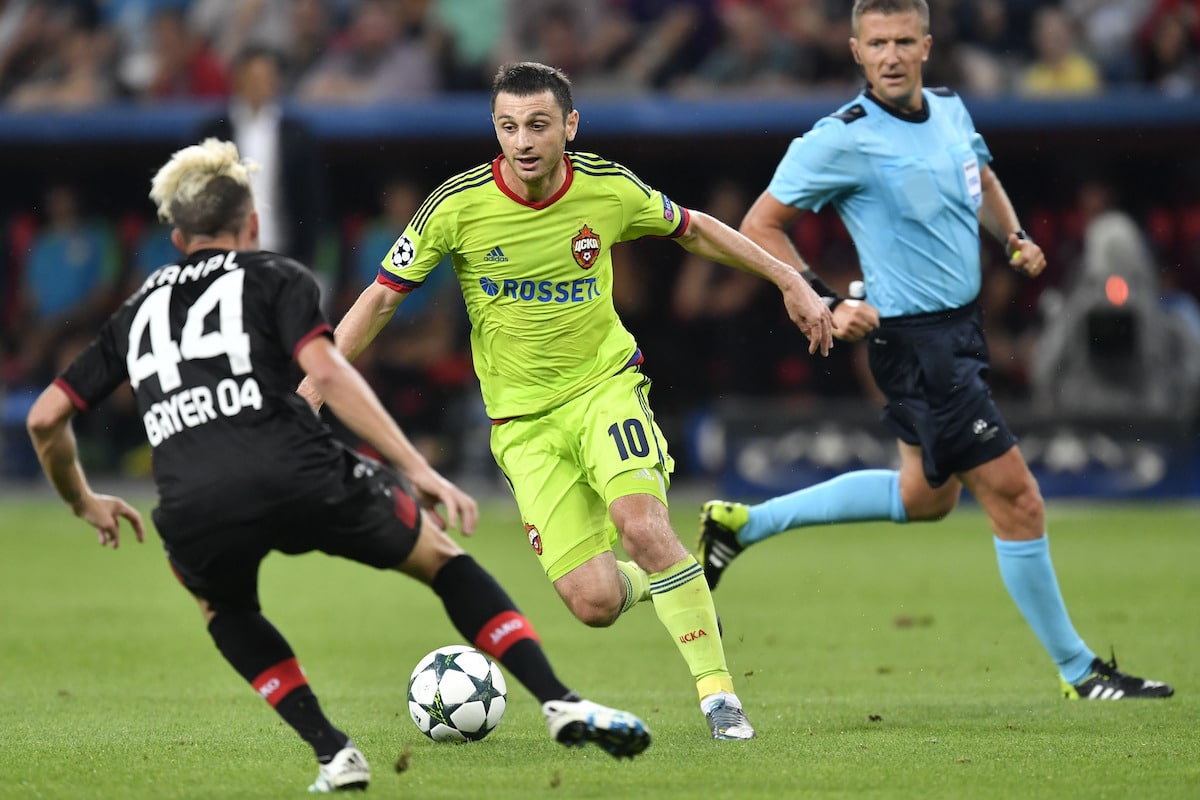 Value (according to Transfermrket.com) £12.75m

The 26-year-old Russian has been tipped with a move to England since breaking onto the scene in 2008. Up until now though moves have never materialised and he’s seemed content in Russia. However, his agent, Anton Astafiev, was recently quoted as saying “Everton and a number of other Premier League teams are interested,” to Russian Newspaper Sport Express. Everton haven’t dealt with this particular agent in the past but do have experience negotiating with Russian clubs having signed Diniyar Bilyaletdinov from Lokomotiv Moscow in 2009.

Everton would have no problem doubling his reported £27,000-per-week deal which would put him in amongst Aaron Lennon, Oumar Niasse, Tom Cleverley and Gareth Barry – who all earn between £50,000 and £60,000-per week. If he did arrive he would play a similar role to the inconsistent Ross Barkley who has interchanged between centre-midfield and attacking-midfield roles. 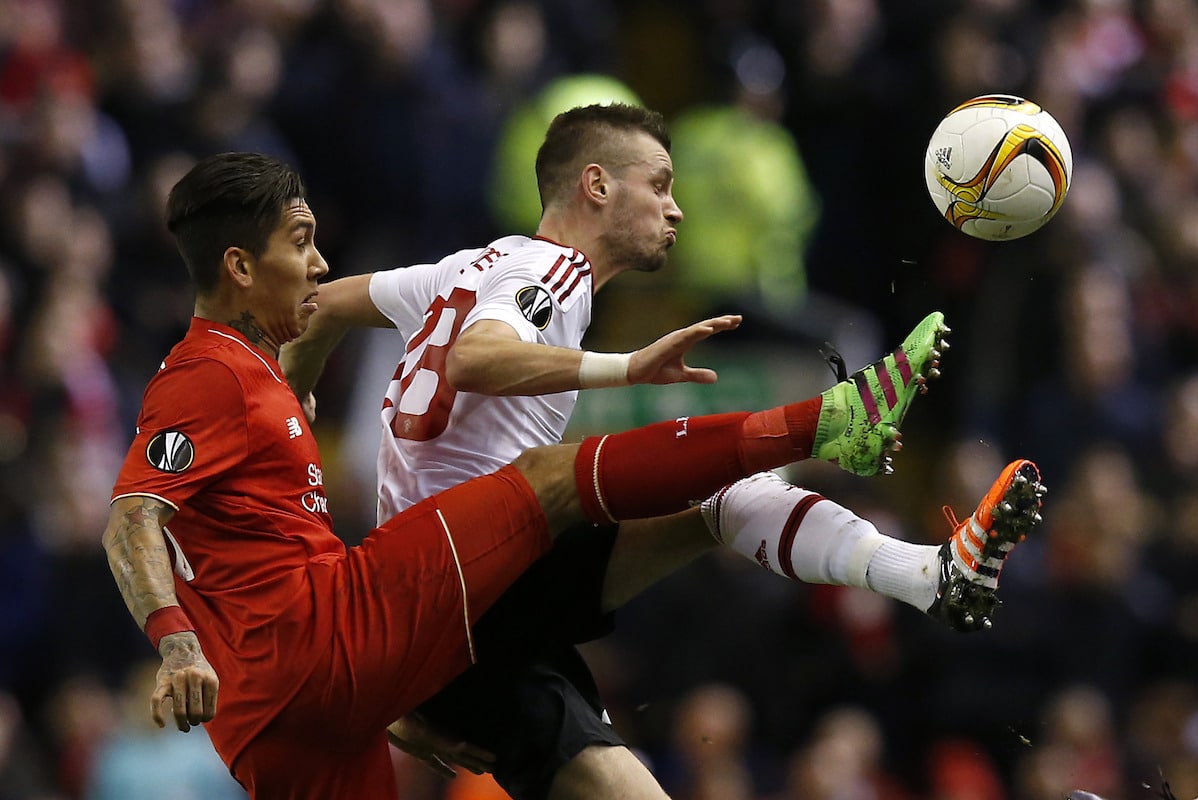 Since the arrival of Jose Mourinho, the former Southampton midfielder has seen his playing time dramatically drop at Old Trafford. The 27-year-old, who cost close to £27 million when he arrived in the summer of 2015, has just 11 minutes of Premier League football to his name so far this season and Mourinho has admitted the Frenchman will leave if the club receives the right offer.

Schneiderlin would be viewed as the long-term successor to Gareth Barry and the potential is there for him to strike a relationship with Idrissa Gueye like he did with Victor Wanyama.

According to Get Football News France, both Everton and West Brom have lodged offers with the Baggies reportedly offering €18 million. However, the amount Everton have bid is still undisclosed. The Toffees have had no dealings with the players agents, BMB CONSEILS, but a stumbling block for any potential move could be his wages. He reportedly earns £100,000-per-week and Everton’s highest earner is Romelu Lukaku who currently earns £80,000-per-week but is said to close to agreeing a new deal worth £100,000-per week. Can Everton really afford to be paying two players that much per week?

Schneiderlin will likely have to take a pay cut wherever he ends up next month. 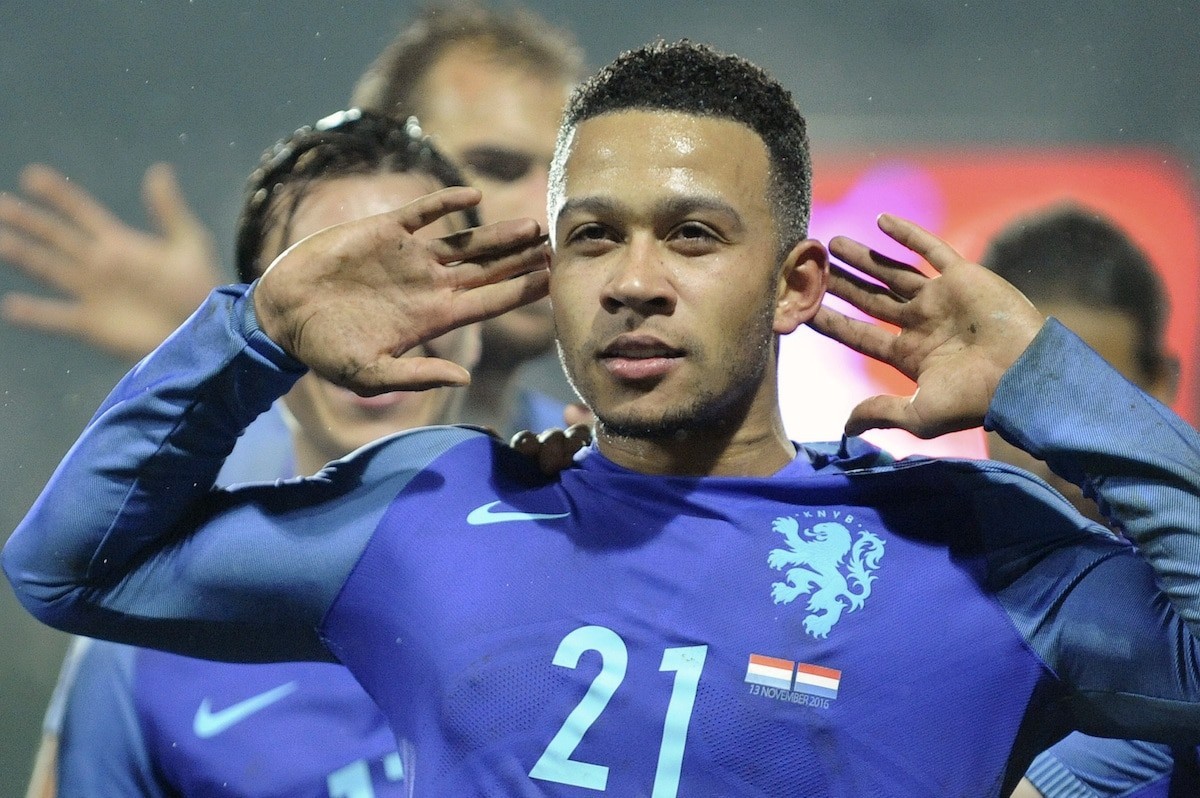 The Liverpool Echo claim Everton are to offer Manchester United £40 million for the services of Depay and Schneiderlin. The report goes on to say the only rivals for Depay’s signature are Serie A side Roma, but Everton are confident of sealing the deal.

Koeman is said to be eager to work with the 22-year-old, who was once tipped to be one of Europe’s brightest prospects after bursting onto the scene at PSV, has saw a dramatic decline since joining United, feeling he can unlock Depay’s frightening potential.

He could be an ideal player to replace the injured Yannick Bolasie. Both share similar qualities such as pace, trickery and a direct style but Depay also has an end product. So in some ways he’s potentially an upgrade.

However, similar to the Schneiderlin deal, Depay’s wages could be an issue. He’s reportedly on £90,000-per-week at Old Trafford and Everton are unlikely going to want to match that incase he doesn’t rediscover his PSV form and just simply continues his United form. Will the player take a pay-cut to get his career back on track or is he going to make the most of his current lucrative deal? 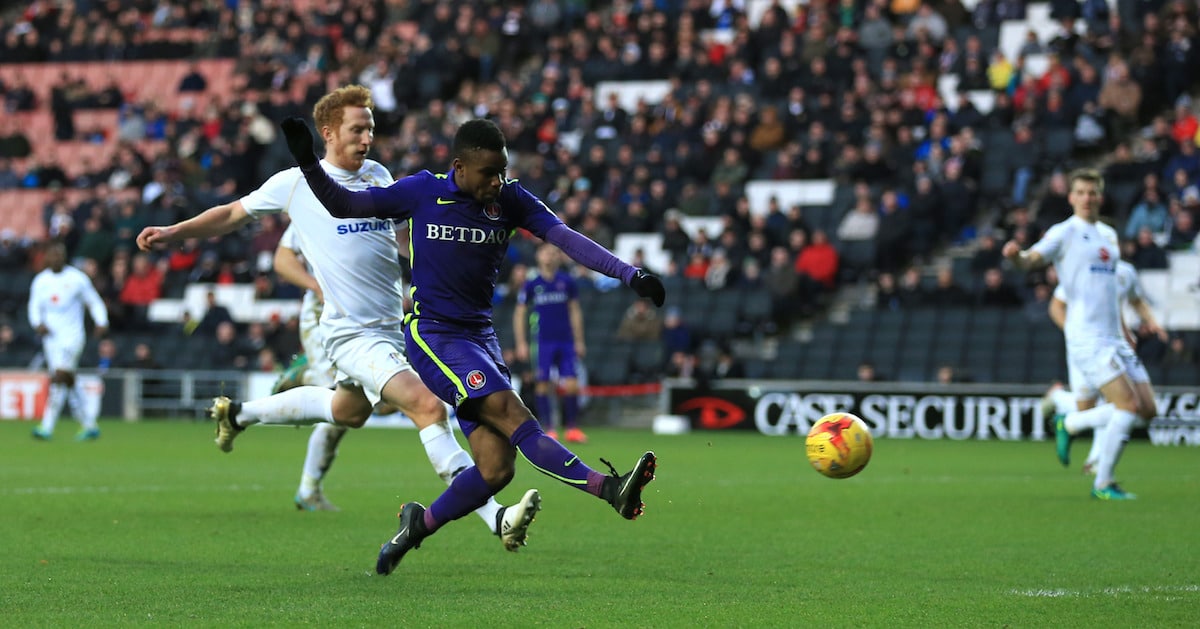 Charlton wonderkid has been linked with an £11 million move to Everton in January. Reports suggest the Toffees will pay £8 million with a potential £3 million arriving in add-ons as they look to pip the likes of Chelsea, Liverpool and Spurs to the 19-year-old's signature.

Koeman and the recruitment team will hope to use their existing relationship with Base Soccer Agency, the player’s agents, to their advantage. Both Aaron Lennon and Leighton Baines are share the same agency as Lookman and this should be something Everton capitalise on.

He has scored seven goals in all competitions so far this season and is tipped to be the next big thing. He’s versatile enough to play anywhere across the front line and being able to learn off of Romelu Lukaku must be appealing to the young forward. Playing time may be scarce initially but such a huge outlay for a youngster points towards him being more of a long-term project. Investing in youth has served Everton well before, could it do so again? 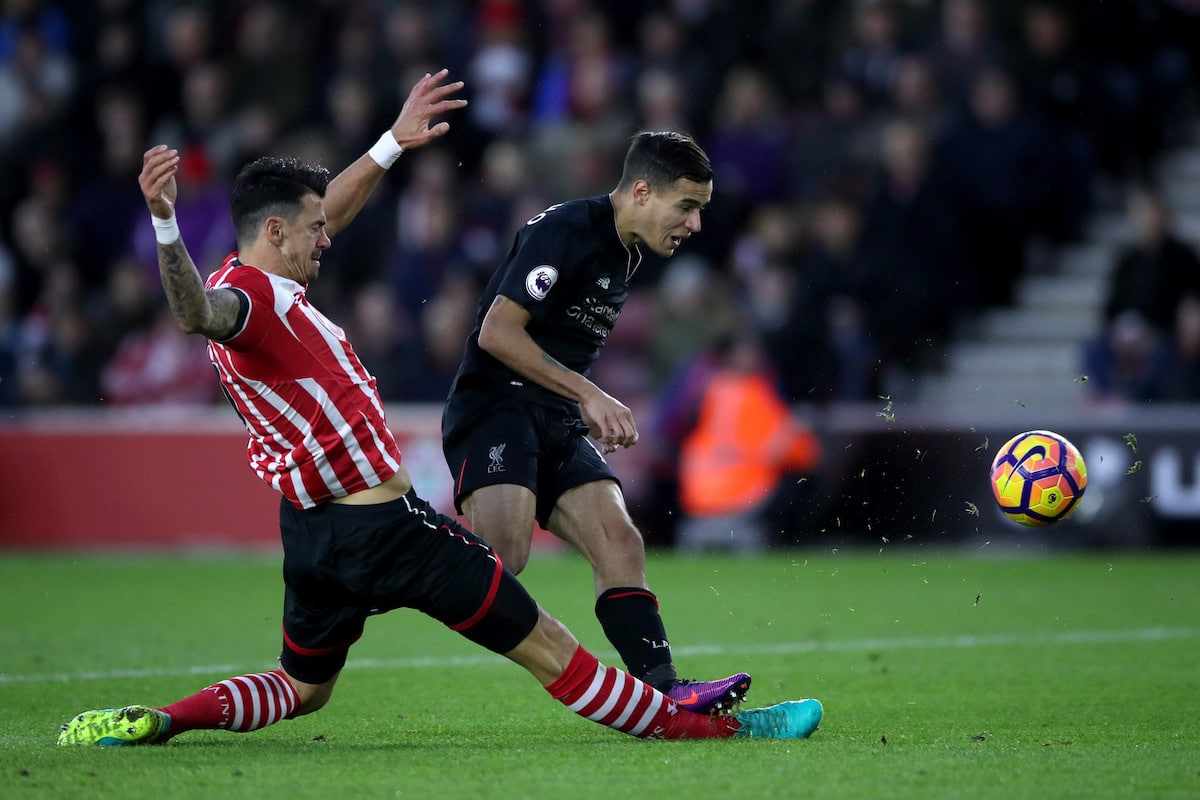 Everton are reportedly set to reignite their interest in Southampton centre-back Jose Fonte after seeing a £9 million offer rejected for the player in the summer. Koeman wants to reunite with his Southampton captain and is set to take advantage of the fact the Saints are refusing to extend the player’s contract.

Fonte’s current deal expires in the summer of 2017 and Southampton have confirmed an extension isn’t on the table. It came as a surprise to fans because, despite being 33-years-old, Fonte is in arguably the best form of his career and still has something to offer as a top flight footballer.

With Everton having a questionable defence at times Fonte may well be a welcomed edition to start beside summer signing Ashley Williams in place of Phil Jagielka. It’s unlikely they would offer £80,000-per-week, the reported wage Southampton offered the player in the summer, but they could offer a longer deal instead and that could well be enough to tempt the player.

Who do you think Everton will sign in January?