Almost a month ago to the day, it seemed like Luke Shaw was finally on the verge of emerging from the wilderness following an extended period away from first team action. The 21-year-old had made just one appearance for Manchester United, playing in the 4-0 FA Cup win against Wigan in January, despite being injury-free.

Jose Mourinho, who has been critical of the England international as he continues to battle back from the horrible leg break he suffered last season. The manager had some words of praise this time for his lone specialist left-back ahead of United's match versus Bournemouth at Old Trafford.

“By age, by physicality, by intensity, by being aggressive going forward, he should be the best. But to be the best you need to work hard. It's what he's trying to do.”

Mourinho added: “Luke is working hard, he's trying to improve, he improved by the physical point of view, I can say that with good dedication, specific work and now he needs some opportunities to feel alive.

“He needs minutes on the pitch to show evolution is not physical but globally because a player is not just a better physical condition.”

And yet, after starting that game versus Bournemouth, which ended in a disappointing 1-1 draw, and putting in a decent performance, Shaw has not been seen on the pitch since. Press Association Sport reported that Mourinho was angered by Shaw speaking to an opposition player at half time and that relations between the two have been frosty ever since.

And now, following yet another squad omission ahead of the home 0-0 draw with West Bromwich Albion and yet another public dressing down from Mourinho, it seems the end of Shaw's injury-plagued United career is nigh.

Where could Luke Shaw go? 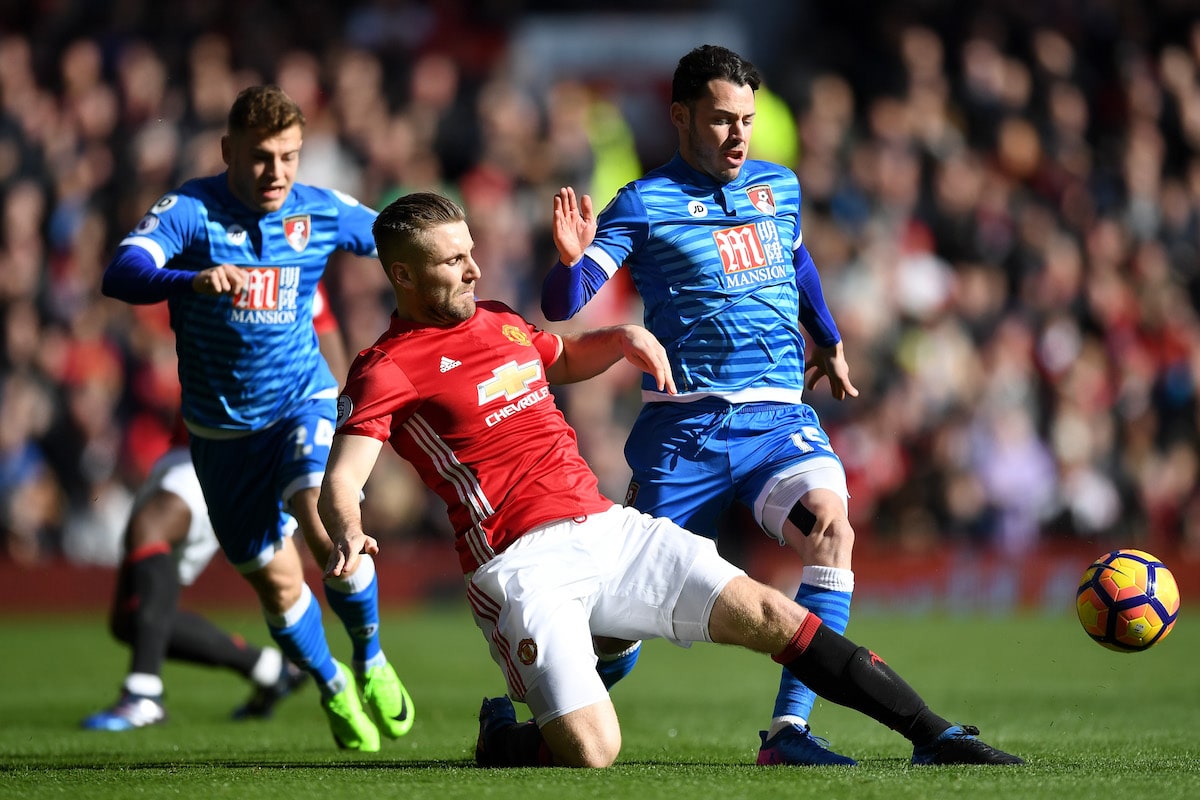 That said, should Shaw indeed leave the club this summer, here are five clubs where he could try to revive what is most definitely now a faltering career:

Danny Rose, currently injured, has been in fine form this season, prompting speculation that he could leave the club in a big-money deal this summer. Manchester City have been linked, with the rumour earning a

Should it, the opportunity could be there for Shaw to be reunited with Mauricio Pochettino, with whom he spent his final year at Southampton before both ultimately moved on to pastures new.

The Argentine manager, unlike Mourinho, is known as one who shows faith in young players. He also no doubt knows how to get through to Shaw, who needs an arm-around-the-shoulder approach to man-management as opposed to the tough love, hardline approach Mourinho is known to take.

Pochettino is no pushover, but he knows how to inspire his players. If a deal is struck, Shaw would be joining a team on the up, and he should get the support he needs to get back to his best. System-wise, whether Pochettino goes with a back four or he sticks with the back three system he has been using of late, Shaw should have no problem fitting in given the qualities he has, as mentioned by Mourinho.

Agreeing a fee should not be a problem, as the money from any potential Rose deal could be used to pay for Shaw. He would need to take a pay cut, though, as Spurs hold firmly to their wage structure.

The Toffees already took one player off United's books this year in Morgan Schneiderlin, who left for Goodison Park in January following his own failed attempt to get into Mourinho's squad on a regular basis. Should Shaw be told he can leave, another transaction is possible here.

Leighton Baines, for good reason, is the clearly established first-choice left-back. But the Englishman will be 33 years old this year, meaning that he is in the twilight of his career. In addition, with Bryan Oviedo defecting to Sunderland in January, Baines is the only recognised left-back in the squad. Shaw would offer not only competition, but a long-term option for Ronald Koeman.

What is more, Koeman is another manager who is not afraid to put faith in youngsters, considering how Tom Davies, for example, has progressed under him, with the likes of Mason Holgate, Ademola Lookman, and Dominic Calvert-Lewin not too far behind.

As is the case with Spurs, agreeing a fee should not be a problem, but Shaw may again need to take a pay cut. As for fitting into the left-wing-back position, given the Dutchman is favouring a back three system these days, as was mentioned regarding Spurs, Shaw should have no problem.

West Brom have had a good season under Tony Pulis and, given they have cash to spend these days, no doubt they will be looking to build on what they have achieved come the summer transfer window.

One position that could use addressing is the left-back position. Pulis has had issues there this season for one reason or another. Brendan Galloway arrived on loan from Everton to try to make the spot his own, but he has failed to impress, making just three appearances all season as he remains confined to the bench.

The likes of Chris Brunt and Jonny Evans, a midfielder and a central defender respectively, featured there on several occasions, but Pulis has settled on Allan Nyom, a right-back by trade. Should a deal for Shaw be pursued, the spot would be his to lose. Again, however, for any deal to be done, he may need to take a pay cut.

As for the system, Pulis has stuck to a back four this season, which is a natural fit for Shaw.

The Sun recently reported that Antonio Conte wants to bring Ryan Bertrand back to Chelsea this summer to provide competition for established left-wing-back Marcos Alonso. Bertrand has impressed for the Saints, but whether he would leave a certain first-team place on the south coast to go back to Stamford Bridge and likely sit on the bench remains to be seen.

If a deal were to materialise somehow, a move back home to a club that nurtures youth may be just what Shaw needs to revitalise his career. That move may not happen as long as he demands his current wage packet, though, regardless of sentiment.

As for the system, Claude Puel has also stuck to a back four this season, meaning that Shaw should have no problem here either.

The Magpies look set to make an instant return to the top flight following their relegation last year and will no doubt be looking to make some key signings to help them consolidate that top flight status.

The left-back slot is currently held by Paul Dummett, who has done a decent job this season, but Shaw would definitely be an upgrade. Newcastle is a club with good history, but Shaw would still be joining a newly-promoted club, which would be considered a significant step down from United. Perhaps a step down is not a bad idea, though, as it would allow Shaw an opportunity to play without as much pressure as he continues to fight mentally and physically to get back to form.

Whether a deal can be done remains to be seen, however, given the frosty relationship between Mourinho and Rafael Benitez. Also, wages could again prove a stumbling block, unless Shaw takes a pay cut.

As for the system, the Spaniard has also persisted with a back four and he is known to organise his sides well defensively, meaning that Shaw should progress well in this area of his game.