The Champions League returns this week and with it the opportunity for players to make names for themselves on the European stage.

The 2018/19 tournament saw Ajax’s talented crop of youngsters burst onto the scene. Liverpool’s front three announced themselves to a worldwide audience during the 2017/18 competition and Kylian Mbappé used the European Cup to showcase his talents throughout the 2016/17 season.

Not only does the competition present players with a chance to cement their legacies, it also allows unknowns the opportunity to become stars.

Here, we take a look at five players you’re going to want to look out for in Europe’s premier club competition.

Håland rose to prominence during the 2019 FIFA Under-20 World Cup when he netted nine times in a single game during Norway’s 12-0 win over Honduras.

The Leeds-born forward had already made a name for himself in Norway having starred for Molde as a 17-year-old.

Ole Gunnar Solskjær, then the Molde manager, compared Håland’s style of play to Romelu Lukaku and revealed several bids had been rejected for the teenager.

The striker agreed to join Red Bull Salzburg in August 2018 but didn’t arrive until the start of this year. And though his first six months in Austria were more of a watching brief, he’s making the most of his promotion to the first-team this season. 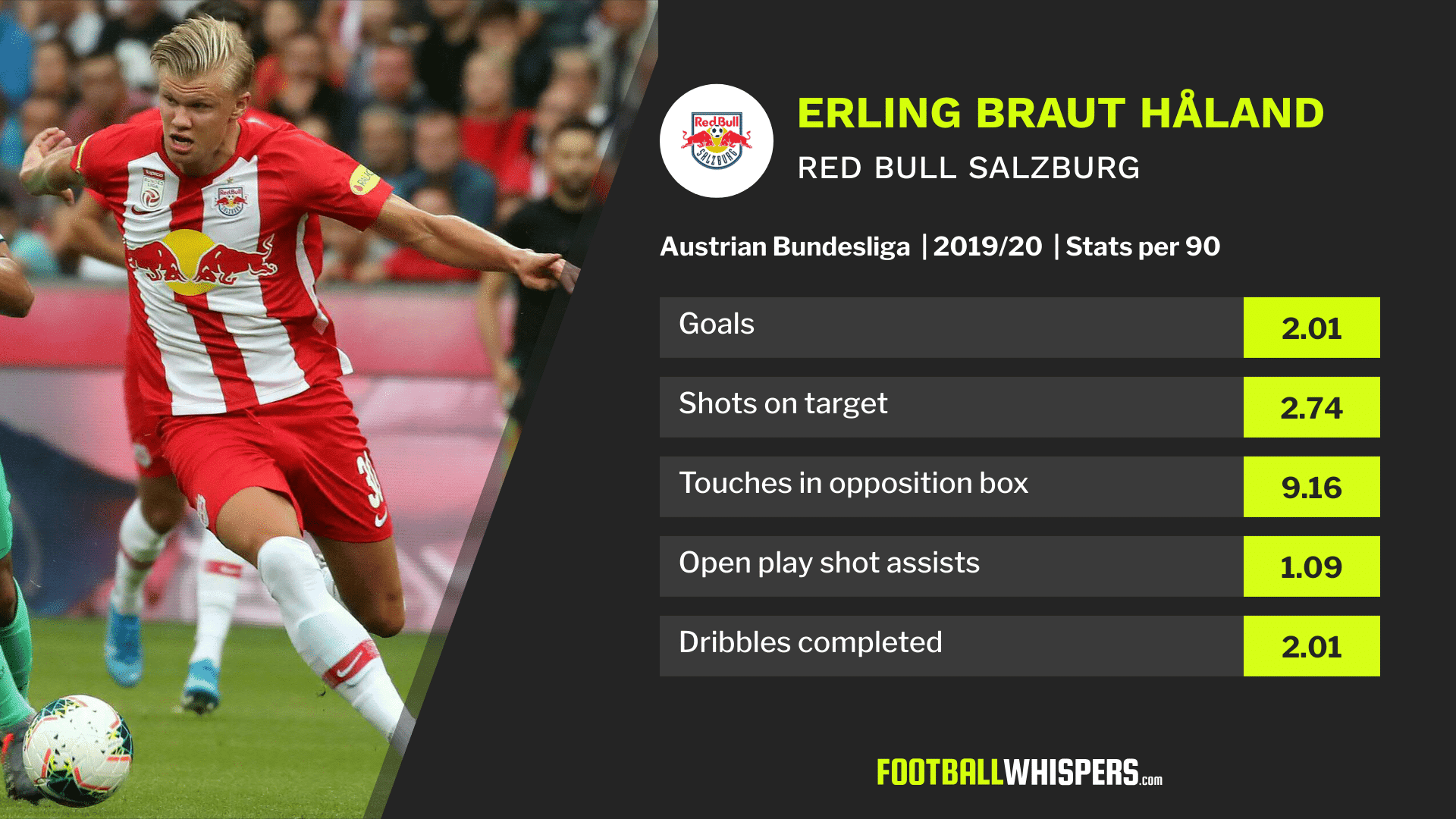 Having sold a number of key players in the summer, 19-year-old Håland was given a starting berth in Jesse Marsch’s team. Six games into the Austrian Bundesliga season and it’s already clear he’s a level above.

He’s scored eleven times, fourteen in all competitions, and is completing over 50 per cent of the six dribbles he attempts per 90. He’s bullying teams with relative ease. It'll be interesting to see whether he can carry that form over into European competition.

The 20-year-old hit 20 goals in all competitions last season and already has two goals in four matches this term.

In Peter Bosz's team, Havertz enjoys himself. He was linked with a €100million move to Bayern Munich in the summer but remained with Bayer Leverkusen.

He has Champions League experience under his belt already but he's matured since then and is a different player. If he looks the part in Europe's elite club competition, you can expect the list of admirers to grow.

Last term he averaged 1.09 open-play key passes per 90 while completing 1.73 dribbles. In the games so far this campaign he's bettered those numbers.

He’s not a player who relies on one trait to impact the game. He’s multi-faceted and his arsenal is only going to improve with age. 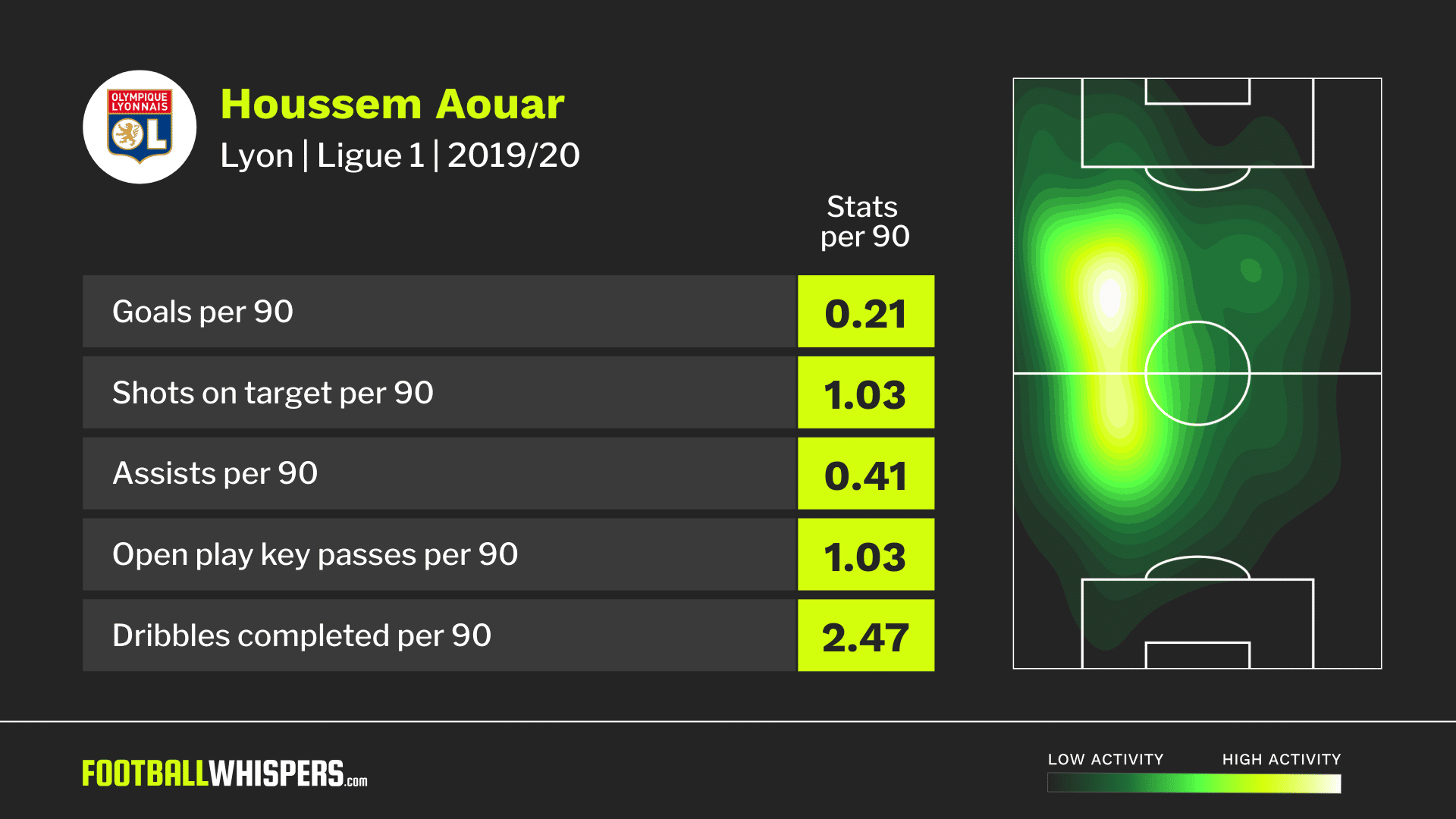 The 2017/18 campaign saw him finish with six goals and five assists. A solid return for a midfielder without the aid of penalties. Last year that increased as he finished the season with 14 goal involvements in Ligue 1, split evenly between goals and assists.

He has one goal and two assists for the new look Lyon team this time around. You can expect him to rival what he posted last term and you'd not be surprised to see him better those totals.

The 23-year-old turned down a move to West Ham United in the summer in favour of playing Champions League football with Valencia. However, he might be regretting that decision after the LaLiga side parted ways with manager Marcelino.

The Uruguayan does still have a platform to shine in Europe and put himself in the shop window. If he manages to impress, a transfer to a more stable club could be on the cards.

Similar to Luis Suárez stylistically, Gómez has the ability to dominate Group H with Valencia drawn alongside Chelsea, Ajax and Lille.

He's the definition of a nuisance and is generally relentless in his approach to the game. But unlike many other players of a similar ilk, the former Celta Vigo man has the physical presence which gives his game an added dimension.

With so much uncertainty at Valencia, they're dark horses heading into their first European match of the seaso. But in Gómez they have a player capable of single-handedly winning a game.

Lille had a big job this summer as they looked to replace Nicolas Pépé and Rafael Leão. They somehow managed to unearth Osimhen.

The Nigeria international has four goals to his name already this season and looks the part. If he adapts to life in the Champions League as quickly as he adapted to Ligue 1 then opposition defenders will have a hard time containing the 20-year-old.

A sharp-shooter, the Nigerian is landing over 50 per cent of his 3.13 shots per 90 on target. Not only is his accuracy impressive but the sheer volume of shots he’s having is remarkable.

Galtier’s men do not overly dominate possession – 54.18 per cent in their opening four games – and they’re also coming up against sides who sit a little deeper after Lille’s displays last season. Yet Osimhen is averaging more shots per 90 than Pépé registered.

Perfect for a counter-attacking team, it's exactly how people expect the Ligue 1 side to play in this season's Champions League campaign.