The Pozzo family have done incredible things for Watford since ridding the club of Laurence Bassini in 2013. That alone was enough to ensure Hornets fans will be forever grateful, but promotion to and stability in the Premier League have followed, along with a first FA Cup final in 35 years.

What makes the club's continued growth under the Pozzos – custodians of Italian side Udinese since 1986 – even more impressive is they have overseen this transformation by living within their means, constantly beating the odds.

Premier League television rights are a huge help but with a modest fanbase and a stadium which holds just 21,577, Watford must box smart in order to maximise their revenue and recruit even smarter in order to stand a chance of competing against the elite. Research by the Financial Times claims the Hornets have the fourth-lowest average Premier League wage bill since winning promotion to the top flight in 2015.

But the Pozzo family are masters at this. Their ownership of Udinese, a relatively small, provincial club in Italy's North East, peaked just before their takeover of the Hornets, twice reaching the UEFA Champions League qualifying rounds, only to exit to Arsenal and Braga.

Their success was built around incredibly shrewd recruitment, made possible by their forensic scouting system, a web of talent-spotters spread across the globe with a particularly strong success rate in South America.

Watford's network, which includes 12 scouts posted globally, will have been hard at work in the months leading up to this summer's transfer window, identifying players for the consideration of technical director Filippo Giraldi, CEO Scott Duxbury and owner Gino Pozzo.

The only criteria are the players must be 24 or under and playing in one of Europe's so-called ‘top five' leagues (England, Spain, Italy, Germany, France). 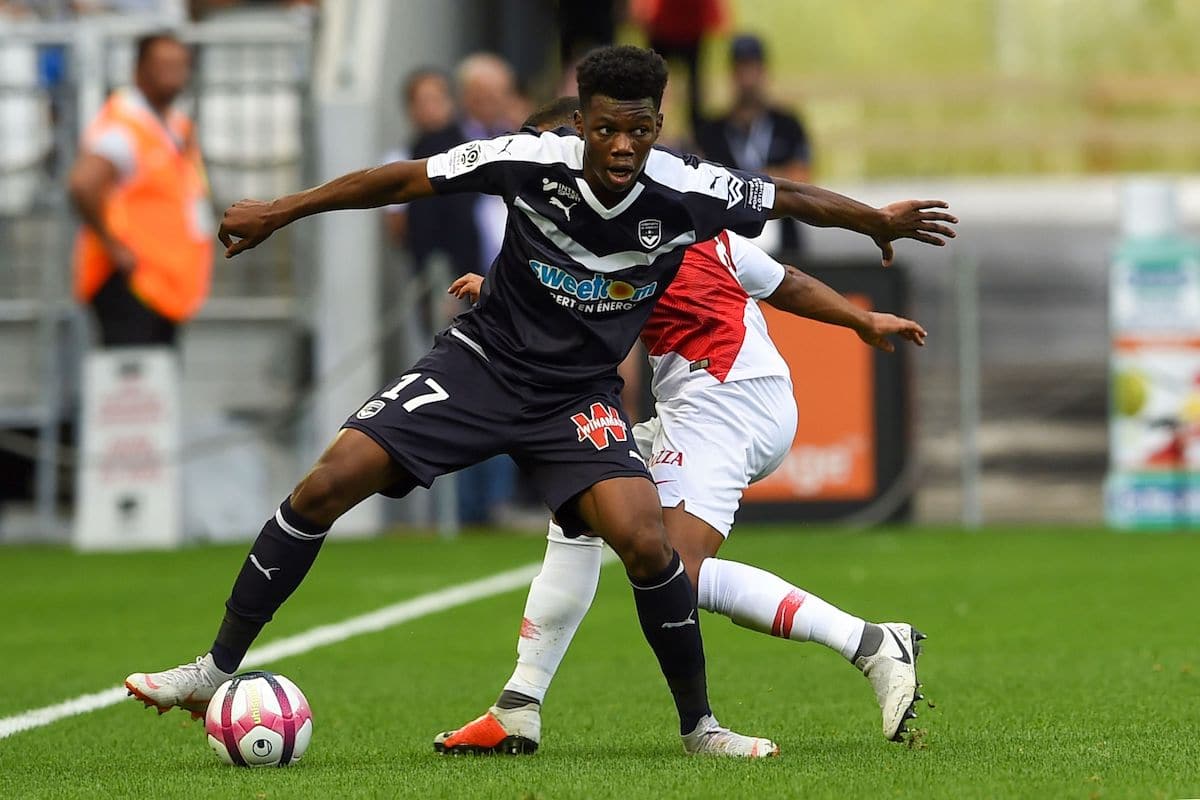 With Abdoulaye Doucouré once again linked with a move away from Vicarage Road – despite failing to hit the heights of his 2017/18 campaign – someone to help Player of the Year Étienne Capoue could be on Watford's shopping list.

No midfielder aged 24 or under in Europe's top five leagues averaged more interceptions per 90 last season that Tchouaméni (2.8). That figure is skewed slightly by the fact the 19-year-old played only 705 minutes but that is enough to meet the threshold in our Lab which is 25 per cent of available minutes.

The similarities go beyond the fact both are rangy French midfielders though. Tchouaméni attempted and completed more tackles (3.06 and 1.53 per 90) than Doucouré (2.11 and 1.17) last term.

One area for improvement, however, is his use of possession. The French Under-19 cap averages just 11.74 passes in the opposition half per 90. Doucouré posted 25.54 last term. 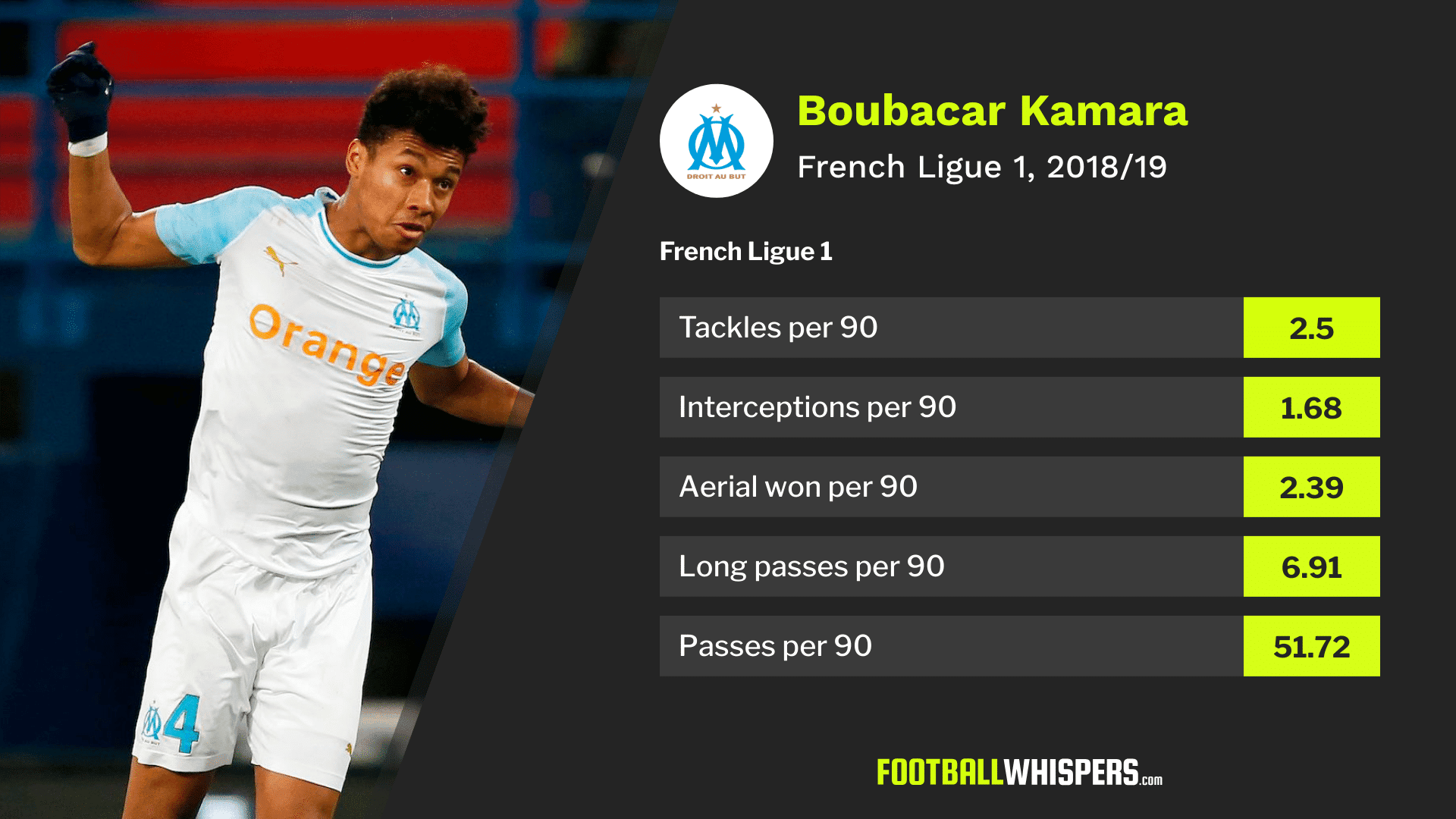 With Miguel Britos departing this summer and Sebastian Prödl's future in WD18 unclear following another injury-hit campaign, a centre-back appears to be near the top of the Hornets' shopping list with Barcelona's Jean-Clair Todibo linked.

If it's a centre-back who is comfortable building the play from the back the Hornets are looking for, Marseille youngster Kamara could be an ideal alternative to Todibo, who only joined the Catalans in January this year.

Reports last month claimed Chelsea were keen on Kamara but the Blues' transfer ban means Watford could steal a march on their Premier League rivals if they so wished.

Given their pedigree in Italian football, the Pozzo family will already be well aware of Petagna's exploits with SPAL last season. The 23-year-old had never reached double figures in the league before but bagged 16 Serie A goals while on loan from Atalanta.

His expected goals total, which measures the quality of every effort a player takes, stands at 0.45 per 90 – just shy of one in two – and he backed that up by netting at a rate of 0.47 per 90.

Petagna was 21st among Serie A forwards for shots on target last term (1.21 per 90) and showed a full range of goalscoring capabilities by netting poacher's efforts, headers, penalties and a couple from outside the box.

What could prove problematic is the future of a one-time Watford target: Dúvan Zapata.

The Colombian is also coming off the best season of his career to date, netting 23 in 32 stars, and is, inevitably, subject of Premier League interest. If La Dea capitalise on his sudden spike in value, Petagna could be a candidate to fill the void. 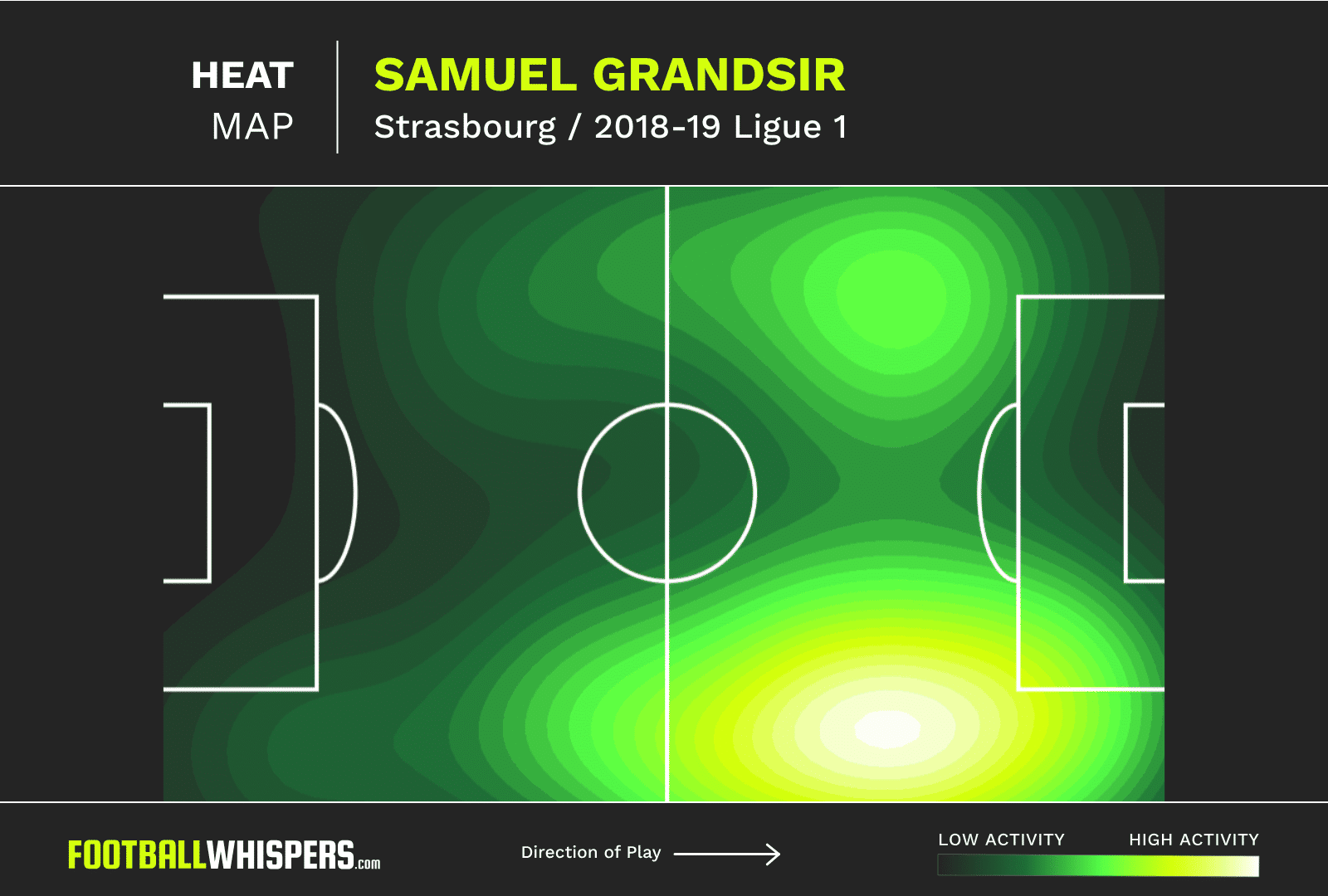 One of Javi Gracia's big tactical innovations last season was to switch to a 4-2-2-2 system which saw players traditionally pegged as central operators play as inverted wingers – chiefly Will Hughes and Roberto Pereyra.

However, having natural widemen such as Gerard Deulofeu, Ken Sema and Isaac Success gave the Hornets another dimension and signing Grandsir would do just that. The 22-year-old spent the second half of last season on loan at Strasbourg from Monaco and gave a glimpse of his talent.

Despite being restricted to just 699 minutes of Ligue 1 action, no player in France aged 24 or under created more Big Chances per 90 minutes than Grandsir with 0.64. In fact, in Europe's top leagues only Bayern Munich star Serge Gnabry (0.65) exceeded that figure.
Grandsir would be a project. But if Watford want a different dimension and a player to inject some X-Factor into their attack, the French Under-21 international could be an interesting option.

Hard though it is to imagine a Troy Deeney-less Watford, the day is edging ever closer. The Hornets' talismanic skipper turns 31 this summer and, eventually, a new direction will be sought.

Weydant would be an ideal replacement – not only because of his strapping 6ft 4in frame – and has his own rags-to-riches tale to match Deeney.

In 2018 he was playing in the eighth tier of German football for Germania Egestorf. Seventy-five seconds into his Bundesliga debut he netted an equaliser at Werder Bremen.

Last season the 23-year-old won the second-most aerial duels of any forward in the Bundesliga per (6.65 per 90) and was third for defensive duels won (9.43 per 90), showing value in both penalty areas.

While he is by no means prolific, netting eight times last term, it's his xG contribution (xG + xA) which is of interest.