The announcement that Pep Guardiola will be taking the reins at Manchester City this summer was met with an array of fascinated expressions. The innovative manager du jour was coming to the Premier League. Cue the media frenzy.

Predominantly, discussion of the Catalan tactician’s imminent arrival focused on both his style of football, tortured genius personality and, inevitably, who he would bring with him to his new club. Manchester City’s wealth made it a certainty that football’s finest names would be linked – most of whom Guardiola has worked with in the past – but fretting over the availability of Robert Lewandowski or Sergio Busquets misses the essence of this special managerial mission.

For the first time in his coaching career, Guardiola is taking over at a sub-elite club. For all their financial backing, Manchester City are relatively new to European football’s top table. They have yet to reach the latter stages of the Champions League, never mind win it. As such, this move is likely to be Guardiola’s most testing project to date.

The project will require greater strategizing in the transfer market, with an eye on younger players who could be suited not just to Guardiola’s stylistic preferences, but to his coaching characteristics.

One of the primary aspects of Guardiola’s teams is a ball-playing centre-back. With Barcelona it was Gerard Pique, with Bayern Munich is has been Jerome Boateng. These types of player are not considered merely beneficial by the Catalan, but integral to the way his teams play.

The incorporation of technically refined central defenders isn’t an aesthetic choice, as some may mistake it to be. Instead it is more of a practical decision, made to enhance the effectiveness of the team. The ball-playing defender not only provides Guardiola’s sides with the possibility of breaking opposition lines of pressure with pinpoint passes, but also the capacity to bring the ball forward from the back in an attempt to overload midfield.

This season, John Stones has come in for criticism for his determination to play short passes and his steadfast refusal to knock the ball long. While he has technical traits to iron out, his mental fortitude in sticking to his style is admirable.

Guardiola would no doubt seek better defensive positioning from Stones and would also want him to occasionally play those longer passes. However, the England international clearly has plenty of raw material to work with and he also possesses the advantage of having an innate understanding of the Premier League.

With Bayern Munich, one of the more intriguing concepts utilised by Guardiola is his use of full-backs in the possession phase. While the modern full-back is traditionally associated with overlapping runs and occupying the flanks, he has instead used them to help build central stability by pushing infield rather than down the wing.

This has led to Bayern having a fairly unique structure when attacking, but again the move was rooted more in pragmatism than any romantic notion. By pushing the full-backs infield, Bayern’s wingers could stay wide in the hope of stretching the opposition horizontally and getting into isolated one-on-one situations where the winger’s speed and skill could be particularly effective.

Corentin Tolisso isn’t an obvious target for a club such as Manchester City but the Lyon man could be ideal for them given this particular element of Guardiola’s tactical makeup. The Frenchman is fast and a good passer which, along with his capability of playing at both right-back and central midfield, make him a solid candidate for the Philipp Lahm/Rafinha role should Guardiola wish to implement it in English football. 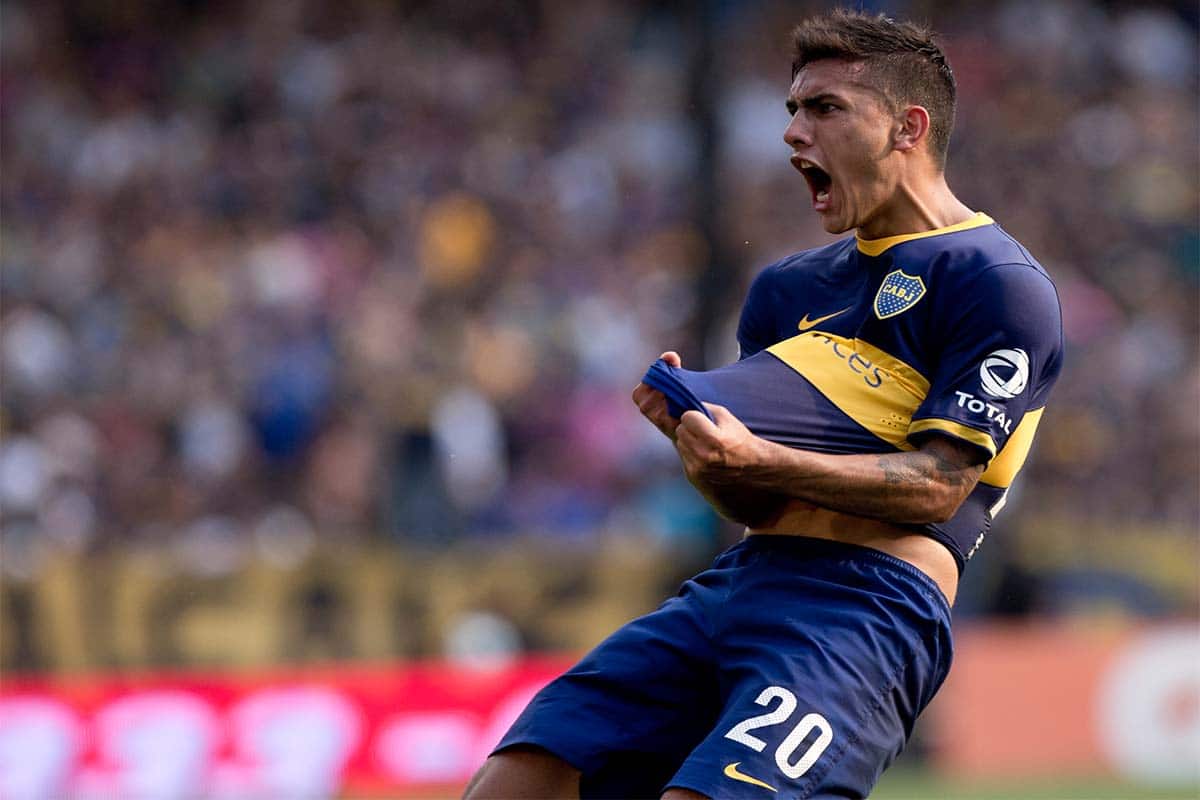 Leandro Paredes has spent this season on loan at Empoli from Roma but, despite his modest surroundings, the Argentine has flourished. Playing at the base of a midfield diamond, his composure, ball control, range and ability to retain possession in tight spaces is reminiscent of the aforementioned defensive midfield icons. He also has an innate understanding of how and when to play a pass, often to disorganise the opponent’s defensive game.

It appears that Roma want Paredes to play a key role in their future, but they are far from incorrigible when it comes to selling their most promising young talent. One example of this occurred last summer, when – following an exceptional loan spell with Sampdoria that marked him out as one of the best young centre-backs in Europe – Alessio Romagnoli was sold to Milan.

For the right fee, Paredes would be well within Manchester City’s reach and, if they were to sign him, Guardiola would have another gifted midfield pivot on his hands.

One thing Guardiola truly appreciates in his players is the willingness to listen and try out new things. He is always looking for ways to improve his team and the individuals within it on the training ground.

Fiorentina’s Federico Bernardeschi has shown a great deal of intelligence, maturity and versatility this season, playing in a variety of different positions within Paolo Sousa’s 3-4-2-1 and 4-2-3-1 formations. Naturally an attacking midfielder, the Tuscan was initially used as inside forward but was quickly transferred to left wing-back, then right wing-back. Recently he has been used more as a right winger or trequartista to good effect.

If he is on the lookout for flexible young players who can be moulded to his whims, Guardiola should look no further than Bernardeschi. The youngster would be a treat to work with and, with his exquisite technique, dribbling skills and positional awareness, could be a perfect fit for the new Manchester City project as either a winger, false nine, attacking midfielder or – if we’re being more adventurous – a left-back.

While far from the finished article, Athletic Bilbao’s young forward Inaki Williams could be well suited to Guardiola’s upcoming Manchester City era. Energetic, fast and versatile, he has the core ingredients to be a potential star. But, more importantly in this case, he has the traits required to fit in under Guardiola’s coaching.

The Catalan brought Kingsley Coman to Bayern from Juventus and, thanks to his nurturing, the French teenager has developed into a more incisive player. While he may not be immediately productive in the Premier League, Williams would present Guardiola with a similar personal project and, with more tactical and technical training, he could be a wonderfully fluid, high-tempo striker to lead Manchester City’s front line.