After the 3-4 loss to Liverpool on the opening weekend of the Premier League campaign some Arsenal fans who were at the match voiced their displeasure at the manner of such a defeat. ‘Why are we starting the season with Rob Holding and Calum Chambers as the centre-back pairing?’ was one of the more tame retorts aimed at Arsene Wenger and the owners after Liverpool’s blitzkrieg second-half.

The following match, a 0-0 draw away to Leicester City, didn’t do much to appease the fans. Arsenal took four points from the two corresponding fixtures last season, this time around just the one. But then, to the surprise of every man and their dog, Wenger topped the £30 million signing of midfielder Granit Xhaka by spending a further £17.1 million on Deportivo La Coruna striker Lucas Perez and £35 million on Valencia centre-back Shkodran Mustafi.

The Gunners are currently on a 16 game unbeaten run. They have won 12 matches during this streak scoring 39 times and conceding just the 10 times in what can only be described as a remarkable run of form.

As good as things are going for Wenger and his men there is always room for improvement. Here are 5 players Arsenal could, and probably should, look at in their quest to claim the Premier League title.

A lot of the goalscoring chances the opposition create when facing Arsenal come from crosses from their left hand side. Teams don’t exclusively target Nacho Monreal and Kieran Gibbs but it appears teams get a lot of joy when attacking the Arsenal left-backs. Arsenal need a defensively solid left-back who can support the play and Koln’s 6ft full-back Jonas Hector may be the man for them.

Hector has played every single minute for Koln in the Bundesliga so far this season and has been instrumental in their rise to 4th, just five points behind leaders Bayern Munich. Playing in an Arsenal team means you need to be comfortable on the ball and Hector, on average, attempts 41.1 passes per 90 and completes 84.1% of them. It’s not as good as current starter Nacho Monreal, who attempts 54.1 passes and completes 87.3% of them, but it’s not a massive drop off. Hector wins 1.8 tackles and makes 2.7 interceptions per 90 minutes and once again trails Monreal who wins 2.4 and makes 3.6 interceptions per 90. But Hector comes up trumps in aerial duels winning 2.2 per match to Monreal’s 1.7.

Hector signed a new deal with Koln in the summer amid interest from Liverpool. “I feel totally happy to be a part of this team and am comfortable here at FC. Everything fits for me here so the contract extension was a logical step”. But Arsenal can offer Champions League football and it may be enough to convince Hector into joining them. 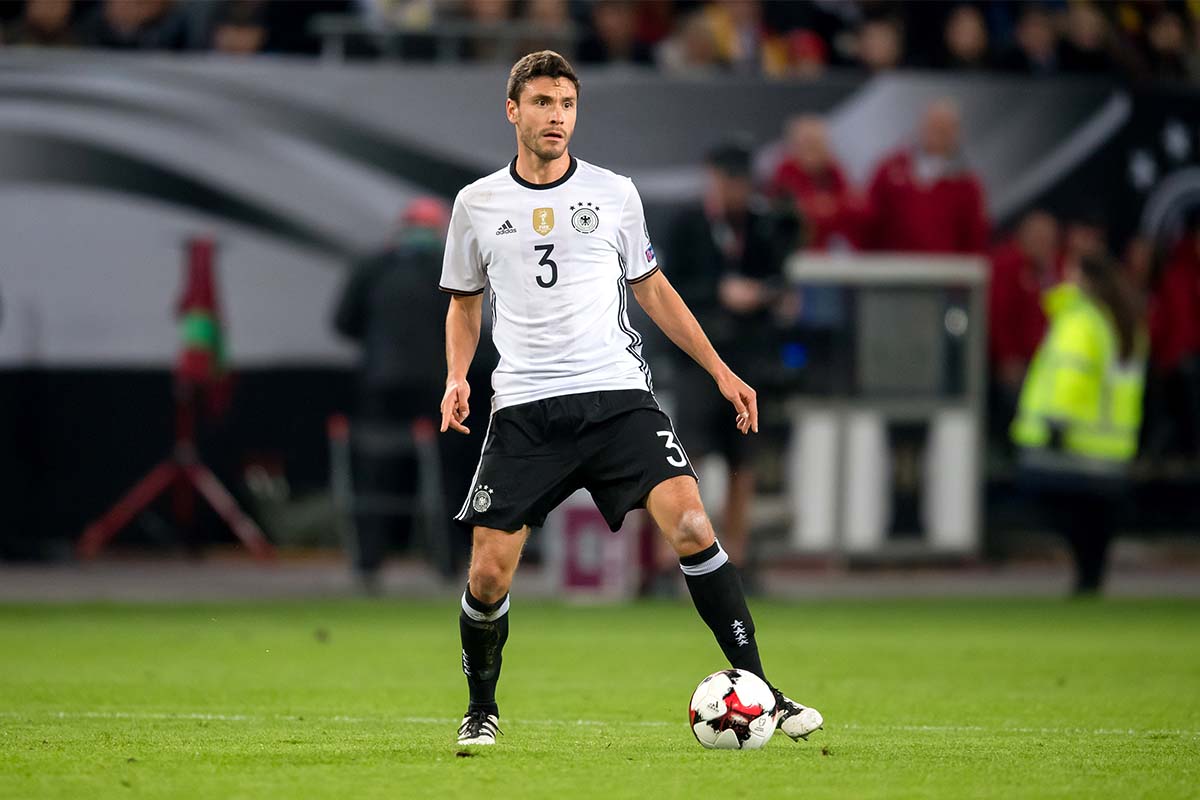 It may seem bizarre to suggest the Gunners need to sign a new central defender given the centre-back pairing of Laurent Koscielny and Shkodran Mustafi are among one of the best in the Premier League. But the French half of that pairing is susceptible to injury and Mertesacker, the third choice centre-back, brings a different skillset to the backline which changes the dynamic completely. Arsenal need a defender who can supplement their starting pair.

The 24-year-old, whose contract expires in 2018, could do that job. The Dutchman has superb vision for a defender, he’s a front foot defender who looks to squeeze the opposition and he’s strong both in the tackle and in the air. Mertesacker’s average Interceptions per 90 over the past 5 years is 0.3 whereas de Vrij’s is 2.3, it’s that sort of anticipation that would be a welcomed addition to the Arsenal defence. 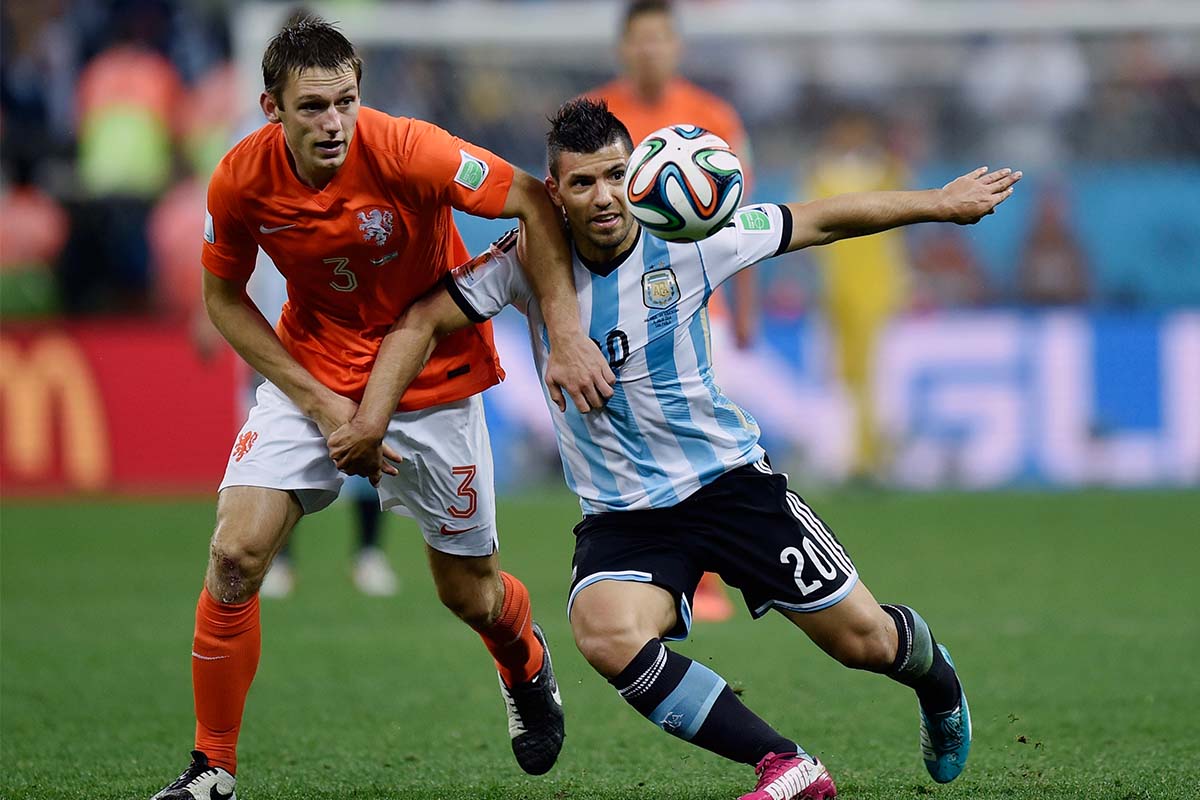 Theo Walcott is in the form of his life but there is always a feeling he’s just one week away from a season ending injury. He’s integral to the way Arsenal attack and his pace terrifies the opposition. They have a player with a similar profile to Walcott in Sanchez but why would Wenger rejig his attack like that when the Chilean is finding his feet as a striker? Alex Oxlade-Chamberlain could do a job there but he’s not as much as a goal threat as Walcott so Arsenal lose that edge. Their best bet may be to bring in a player with similar traits as Walcott but with a high ceiling in terms of potential.

22-year-old Bruma has been linked with Arsenal over the past couple of weeks and at a rumoured €20 million it’s easy to see why. Capped at u21 level by Portugal, the wide forward has been a revelation in the current campaign having spent last season on loan with Real Sociedad in La Liga. He’s currently averaging 2.2 shots and 5.9 dribbles per game. He attempts 44.9 passes and completes 86.4% of them. For his efforts he’s managed to score 4 goals and already has 3 assists to his name in just 9 matches in the Turkish league. He’s still some way off of Walcott’s level but there’s evidently talent in the boots of Bruma. 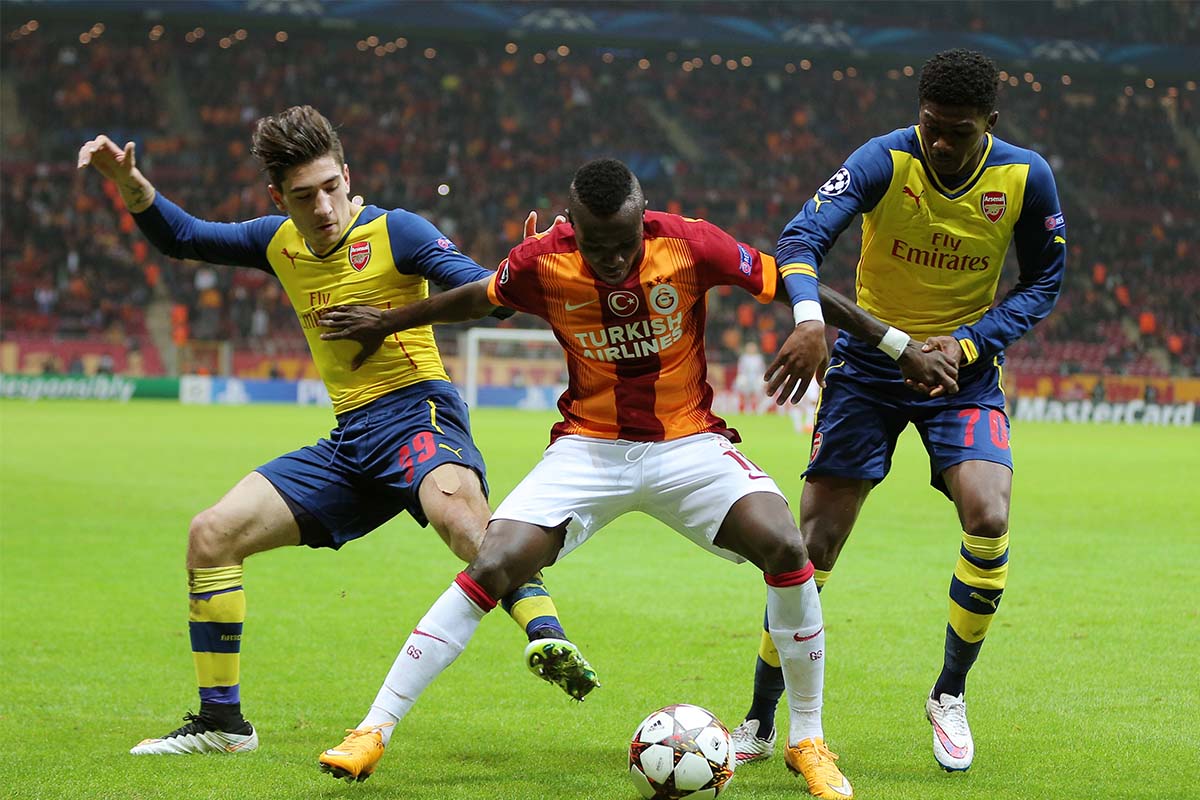 At one time Arsenal had this French forward called Thierry Henry. He was a bit good and if the Gunner could find someone with half of his talent they would have a real player on their hands. Monaco’s Kylian Mbappe has, lazily, been dubbed ‘the next Henry’ but the comparisons between the two are eerie.

The 17-year-old made his first Ligue 1 start against Montpellier in October and had a hand in three goals as Monaco romped to a 6-2 win. Dribbling at great speed looks effortless for Mbappe and he manages to create something out of nothing. He’s composed when in the penalty area and has that kind of swag Thierry Henry was famous for. So far this season he has 1 goal and 2 assists in just 224 minutes of Ligue 1 action. He’d not come cheap but as Wenger showed in the summer – he’s now prepared to spend big. 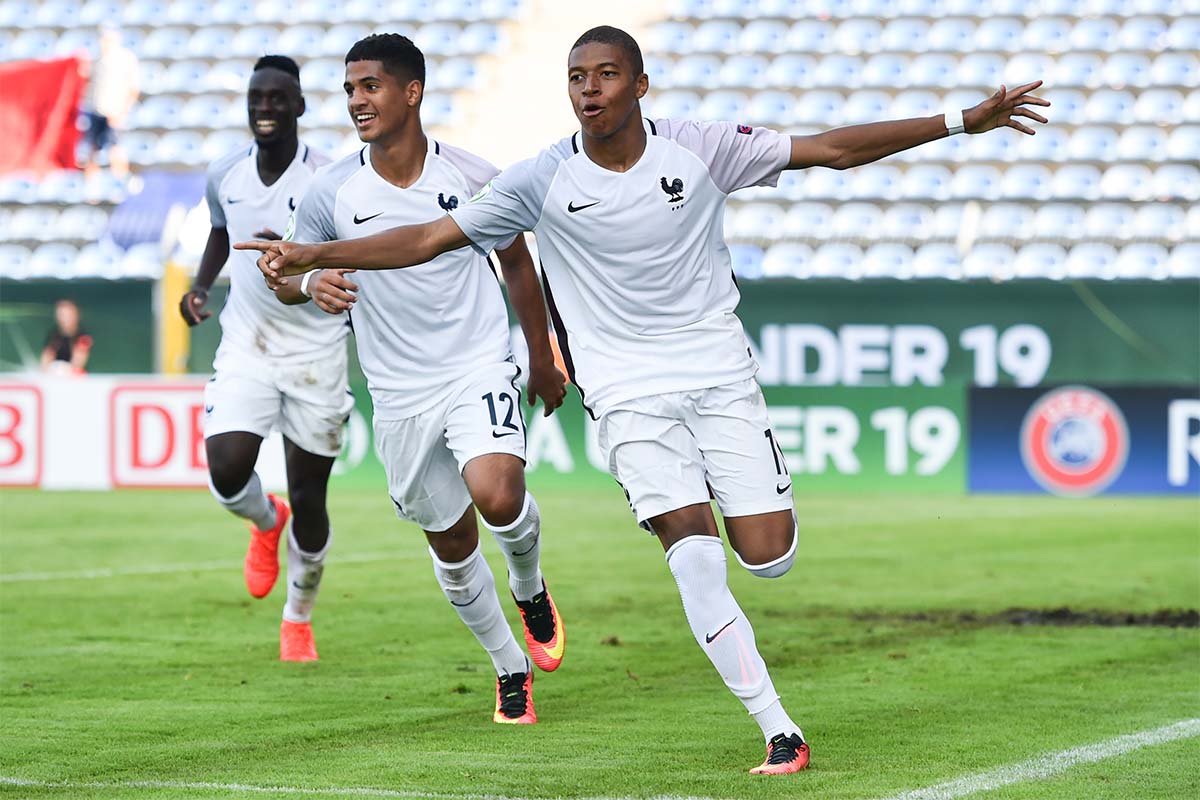 The 22-year-old attacker can play a host of positions but he’s currently playing on the right hand side at Bilbao. He announced his arrival on the main stage during the 2015/16 season and had many of Europe’s elite sniffing about. However, he extended his contract and at the same time bumped his release clause up from €20 million to an eye-watering €50 million. It would be a risky signing but he has the strengths and the potential to obliterate Premier League defences. He’s got the power of Didier Drogba and the pace of Sadio Mane. Divock Origi found a lot of joy last season with his brutish yet explosive style and Williams could have the same sort of impact.

The Spaniard would have to sharpen up his passing. Currently he attempts just the 21.9 passes per match and completes just 64.5% of them. This Arsenal side won’t carry a player who is sloppy in possession. 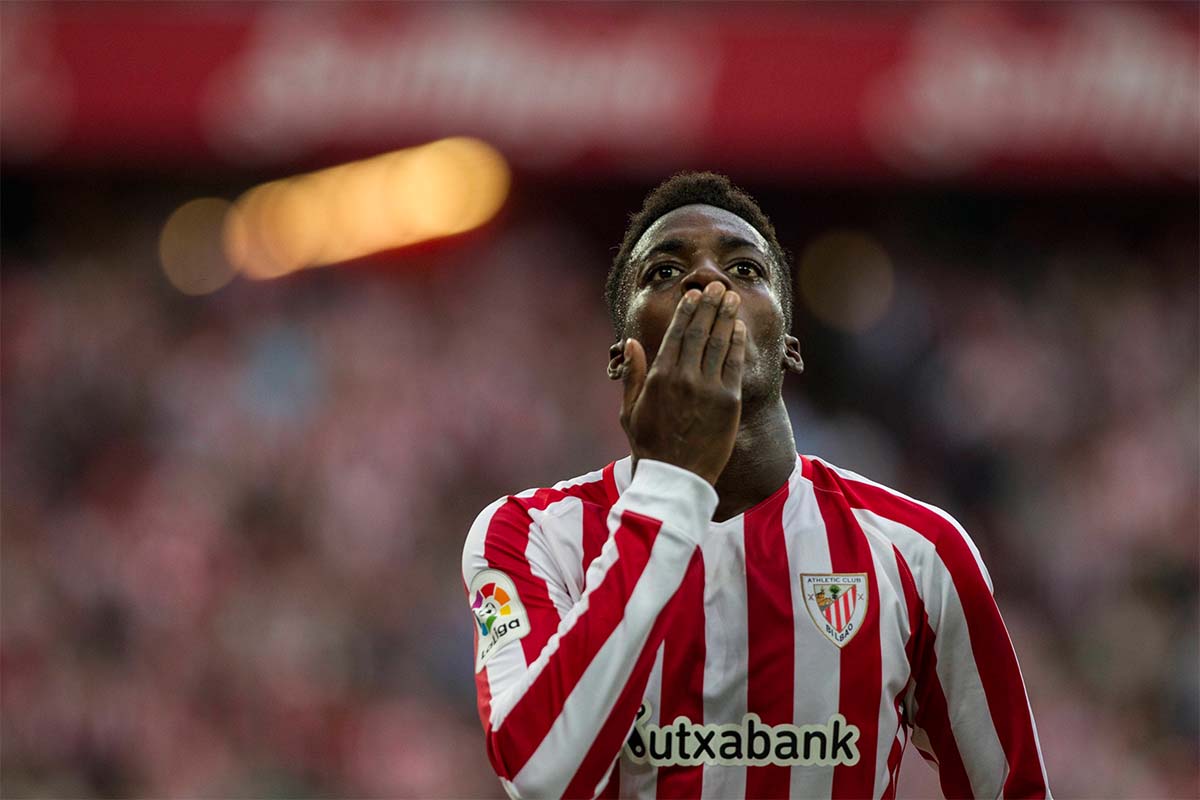