The world of football transfers moves at a fast pace, with clubs working daily to ensure they can bring in the best players available to enhance their competitive prospects. However, with players moving from club to club daily, not every signing can be that world-class signing that fans pin their hopes on.

The mentality behind transfers is often down to one player or club, many players look to progress their careers at better clubs, while others opt to accept deals at the club that will bring them the biggest wage-packet at the end of the week.

Clubs on the other hand tend to look at players that will fit into their squad to make them a more competitive side. But sometimes, there are transfers that nobody seems to be able to comprehend.

From free agents to signing players with severe injuries, here is a breakdown of five of the most bizarre transfer and loan deals by the biggest clubs in Europe.

Scoring just two goals for Sunderland last season, it was unlikely that Fabio Borini would secure a move, let alone a transfer to a much bigger club.

The Italian scored just eight goals in 62 appearances in the last three Premier League seasons. However, despite his poor form in front of goal, Borini has found himself at the centre of a £5.3million deal that will see him join Serie A side AC Milan on an initial one-year loan that will be made into a permanent move next summer.

The sleeping giant is currently in the process of rejuvenation, with money being poured into the club, meaning the signing of Borini becomes even more peculiar.

To put his form into perspective, his previous spell in Serie A proved more fruitful than his last three seasons in the Premier League, when he scored nine goals in 24 games for Roma.

It will be interesting to see how Borini performs next season in Milan – we'll find out whether Borini simply had a poor time in the Premier League, or whether his agent is one of the best around.

This is a move that will be remembered by many a Premier League fan. West Ham United signed Julien Faubert on July 1, 2007, only for the Frenchman to injure himself in a pre-season match that saw him sidelined for 6 months.

The Hammers player eventually made his first-team debut for the club in January 2008, going on to make just eight appearances that season.

Somehow those eight games earned Faubert a move to Real Madrid, signing on loan on deadline day of the January transfer window in 2009 in a deal that would see him finish the season in the Spanish capital.

After the shock transfer, Faubert unsurprisingly made just two appearances in a Madrid shirt, both of which from the bench accumulating 54 minutes of playing time.

The most memorable highlight of his career with Los Blancos came against Villarreal, where television cameras appeared to show him falling asleep on the bench.

Faubert’s adventure saw him fail to make any sort of impact in Madrid, his loan fee of £1.5million for a six-month spell appeared to be a costly one, with Madrid effectively having spent £750,000 per appearance. 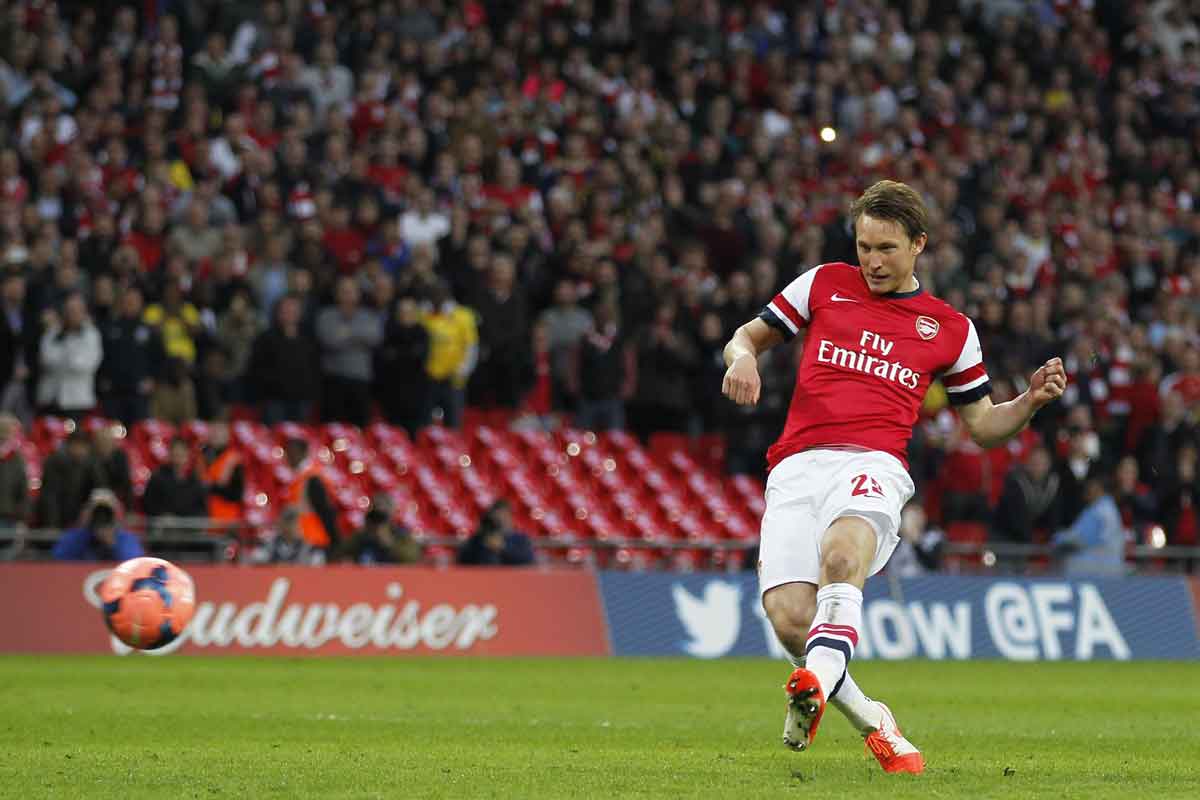 Kim Källström’s loan switch to Arsenal is yet another bizarre move. With Jack Wilshere, out struggling with injury, Arsène Wenger looked to find a replacement, completing a deadline day loan deal for Källström from Spartak Moscow that would see the Swede in an Arsenal shirt until the end of the 2013/14 season.

Källström-s medical at Arsenal found three damaged vertebrae in his back, leaving him sidelined for six weeks. Although having an injury, Wenger bizarrely decided to push the deal through, despite the intention of signing Källström being to fill the gap of an injured Wilshere.

Källström didn’t make his Arsenal debut until March 25, coming off the bench in the 79th minute as Arsenal drew 2-2 against Swansea City at the Emirates. In total, he made just 4 appearances in all competitions for the Gunners.

However, despite not securing a deal to stay longer than his six-month loan spell, the Swedish international did leave with an FA Cup winner’s medal, scoring in their semi-final penalty shootout against Wigan Athletic as Arsenal went on to win their first piece of silverware since 2005. 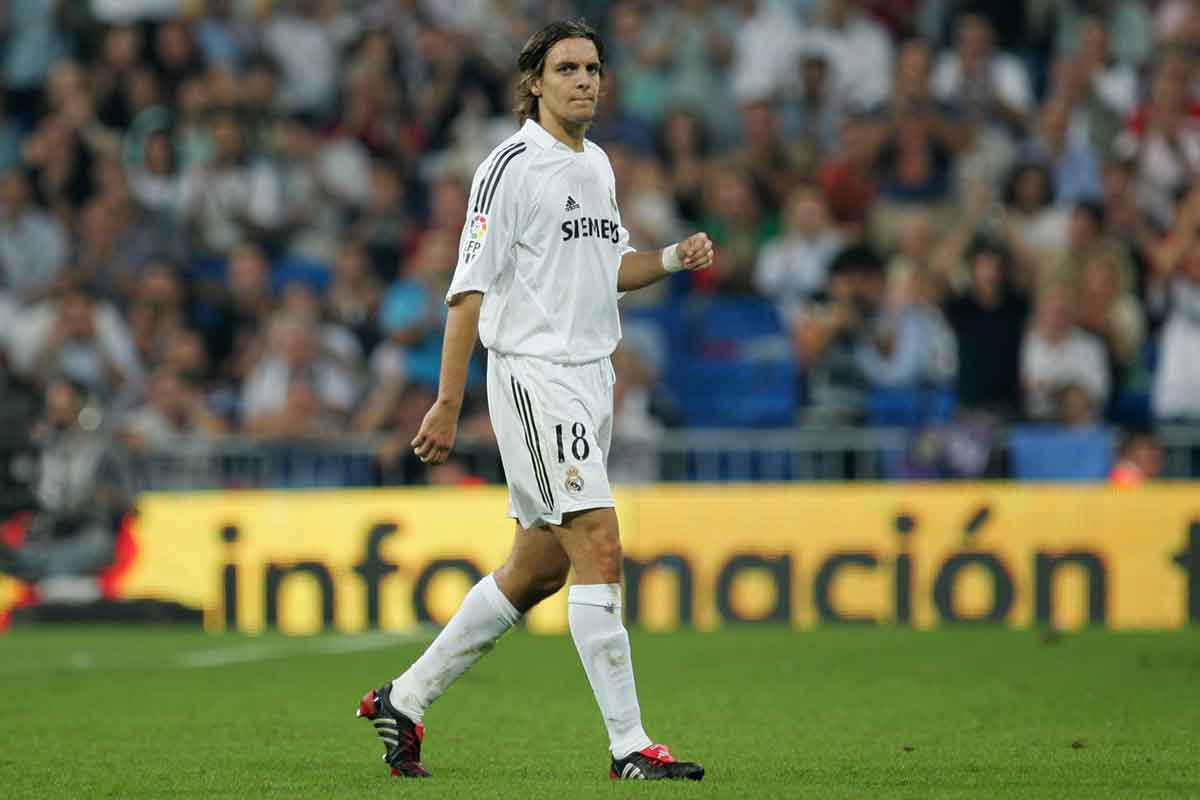 Jonathan Woodgate’s time at Real Madrid was plagued with injury, although such injury problems were already known by Madrid before they signed the Englishman for a sizeable £13.4million.

When Woodgate did finally make his debut for Los Blancos, against Athletic Club, it was possibly one of the worst debuts seen in a Madrid shirt.

He found his own net with a header, redirecting the ball past Iker Casillas, before then getting sent off later in the match for a second bookable offence.

The defender never lived up to his price-tag whilst at the Bernabéu, falling victim to yet more injuries just as he was establishing himself amongst the first-team players.

In July 2007, a year after his exit from Madrid back to England, Woodgate was voted the worst signing of the 21st century by the readers of Marca.

Ronnie O’Brien’s professional football career began at the age of 18 when he signed a contract with Premier League side Middlesbrough.

Two years later after failing to make any form of regular appearances for the North-East side, he was released.

However, he was then incredibly picked up by Serie A giants Juventus just a few weeks later, signing the then 20-year-old on a five-year contract in 1999.

This was a team that upon O’Brien’s signing boasted world class talent including the likes of Thierry Henry, Zinédine Zidane, Antonio Conte, Alessandro Del Piero and many more.

Unsurprisingly, given the talent in the squad, the Irishman struggled for first-team football soon finding himself out on loan at four different teams before being released from his contract.

He later went on to play in MLS at FC Dallas, Toronto FC and San Jose Earthquakes.

O’Brien signing for Juventus made him somewhat of a cult hero. The Irishman had such an influence that with the millennium fast approaching, he found himself being nominated by hundreds of thousands of people to win Time Magazine’s Person of the Century award. The publication had to enforce a rule to prevent whimsical candidates from being counted.