Rangers are just over two weeks away from their opening Scottish Premiership fixture of the new season.

Huge doubts remain over Pedro Caixinha’s ability to lead and grow the Glasgow giants back to the powerhouse they used to be and most importantly, close the gap to Celtic.

Anything but a win in their opening match sainst Motherwell will only add to the pressure on the Portuguese coach.

Marseille arrive at Ibrox on Saturday for a ‘friendly’ between the two clubs who did battle back in 1992 for a place in the European Cup final.

The French pipped the Scottish side by just a single point in the final group stage, beat Milan 1-0 in the final, but they were stripped of the crown due to match-fixing charges. Gers fans have never forgiven them.

However, could France hold some gems that Caixinha could get his hands on for free this summer.

Here are five free agents who played in Ligue 1 last season and could make an impact at Rangers.

A knee injury ruled Nicolas Maurice-Belay out for most of his last season with Bordeaux. The 32-year-old is a seasoned veteran on both wings in Ligue 1 and now he is looking for a new club.

Played mostly down the left flank, he is an old-fashioned wideman who loves to get to the by-line. Maurice-Belay has played more than 300 games in France’s top-flight, scoring 14 goals and supplying 37 assists.

A former France Under-20 international, he would be eager to take a risk and join the Glasgow giants this summer. Without guaranteed football, an offer to run riot over Scottish clubs could be appealing.

Under the new regime at Lille, several first-team players have been told their services are no longer required at the Stade Pierre Mauroy. One of them is centre-back Marko Basa and the Montenegrin defender is without a club going into the third week of July.

Don’t be put off by the fact he is 34 years old, he is a model professional and played 23 times in the league last season.

Commanding in the air, smooth and controlled on the ground, Basa has the brains to lead any team and experience in the Champions League for Lille and Lokomotiv Moscow.

Once a Leicester City transfer target, he decided to sign a new deal and stay in France. Now available on a free, Rangers would be picking up a leader and someone with 252 Ligue 1 games under his belt.

He is not be a signing for the long-term. But his experience is something which would beneficial to any young players around him. 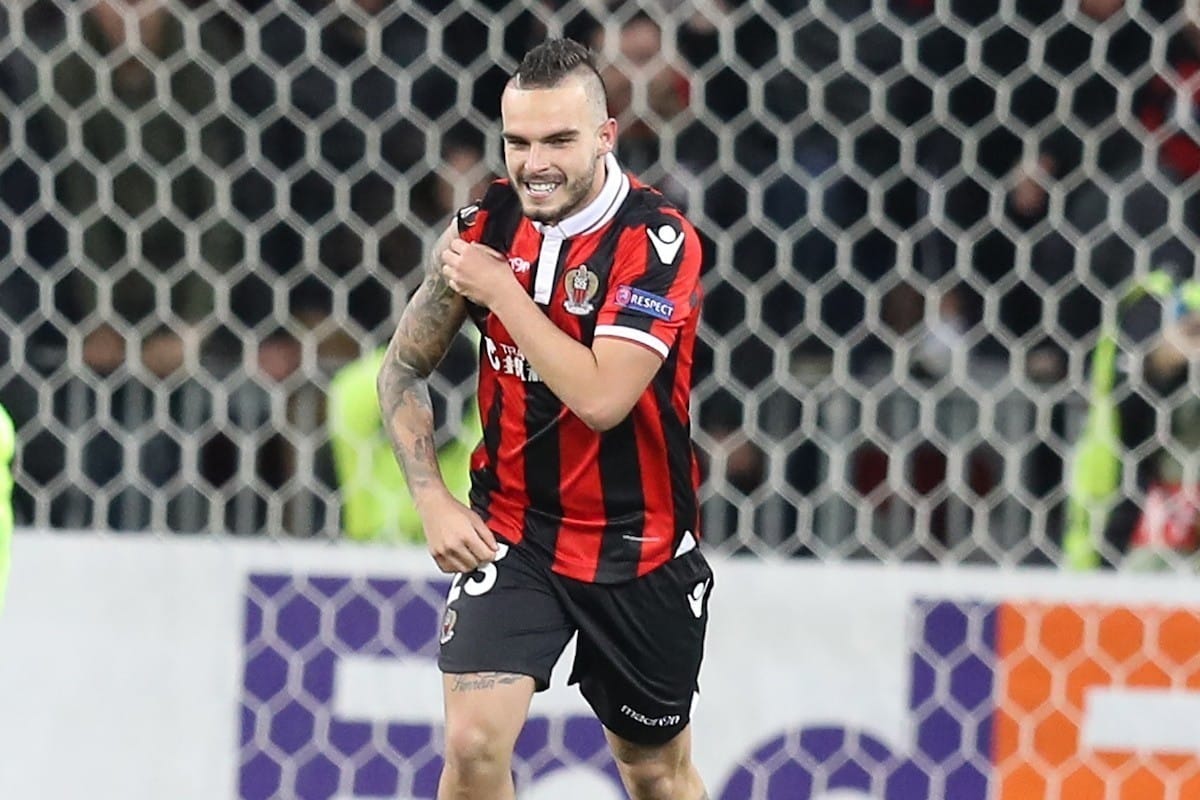 Scottish clubs, especially those who play in Glasgow, love a player who puts his body on the line; someone who bleeds for the club and wears his heart on his sleeve. Alexy Bosetti is the perfect example of those traits.

Nice born and bred, he was also a known member of the club’s biggest supporters group as youngster and has cemented that status with a Nice tattoo, which he takes pride on showing, especially when scoring in front of his fans and friends.

Sadly, his career in the south of France hasn’t quite worked out and the 24-year-old is a free agent.

In 2013, he was part of the France squad that won the Under-20 World Cup. But in 75 Ligue 1 games – thanks to a couple of injuries – the forward has just ten goals to his name.

Previously close to signing for MLS side New York Red Bulls, Bosetti is still without a contract and is looking for a project to interest him.

Being part of the squad that helps Rangers climb back towards the summit of Scottish football could be something that attracts the Frenchman across the channel.

A veteran of Ligue 1, Grégory Bourillon has played for Paris Saint-Germain, Rennes and Lorient amongst others. The 33-year-old played over 300 games in Ligue 1 and has experience in the old UEFA Cup.

After moving to Angers on a short-term contract last summer, they have let the defender go and it gives him a chance to experience something a bit different.

Able to play at centre-back and defensive midfield, he would add steel to the middle of the park and leadership to the backline.

Linked with a move to Chateauroux in the French second division, Rangers could offer him an escape, a chance to play top-flight football and try his hand in the Scottish Premiership.

Serbian full-back Pavle Ninkov could be a shrewd addition to the Rangers squad this summer.

The 32-year-old is versatile, experienced and a steady and consistent professional. Able to play at left and right-back, he has been positioned in a 3-5-2 as a defender, an attacking midfielder and even on the wing, should it be needed.

He played 109 times for Toulouse in Ligue 1, picking up five assists, but was never given a run of games to really demonstrate his ability.

Ninkov is good going forward and whipping in accurate crosses but is also a smart defender and reads the game well.