While the goals of Everton, who represent something of an anomaly in the Premier League.

There are the teams above them that most would consider superior in any given season, and those beneath them that don't boast the same quality. The top flight can almost be categorised as the top six, the bottom 13, and Everton sandwiched between.

The task for Ronald Koeman is to bridge that gap to Arsenal and Manchester United and the main thing that is holding them back is the lack of a quality goalkeeper.

Maarten Stekelenburg has never convinced in English football while the same can be said of Joel Robles. Both were uninspiring acquisitions borne out of familiarity with the manager of the time as much as anything. But the need for a stopper of greater consistency is abundantly clear.

It's an issue Koeman will be keen to address this summer and while Joe Hart has again been linked with a move, there are options out there if the club preferred to look more long-term. 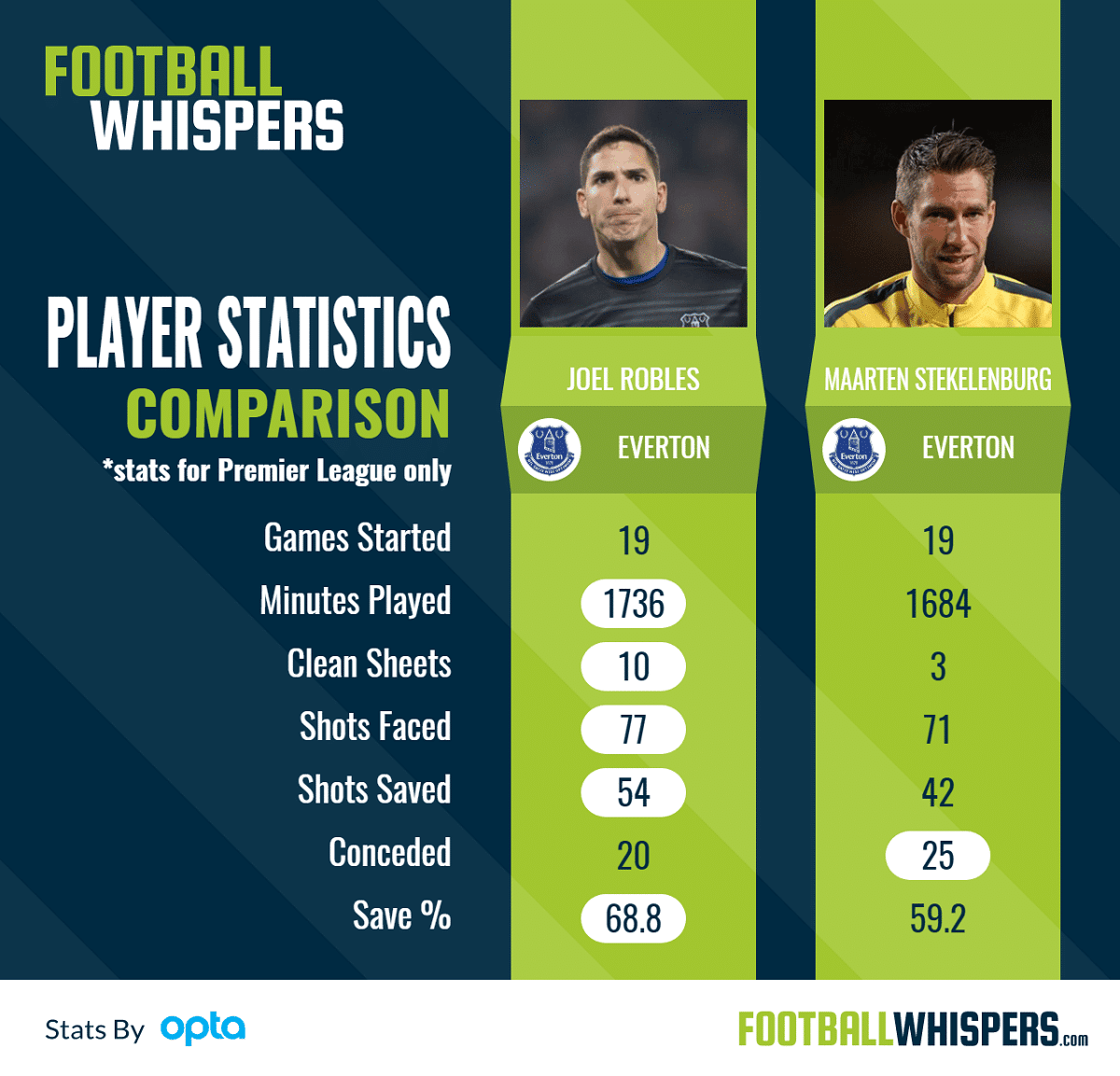 It seems inevitable that the Sunderland keeper will be on the move this summer. The problem for Everton, who are reportedly interested in the youngster's services, is that a number of clubs are thought to be queuing up for his signature.

It's no great surprise with Pickford producing more saves per game (4.7) than any keeper in the 2016/17 Premier League campaign while his save success rate (71.4%) is also among the strongest in England's top tier – well in advance of Everton's underwhelming options.

He'd be an ideal number one to pin their hopes on for the future, so while clubs with both bigger budgets and reputations have been credited with an interest, that shouldn't dissuade the Merseysiders from making a move.

great to be back out there today for the club and the fans that have supported me so well over a tough year! thank you all ???? @stokecity

Pickford's season has been similarly impressive to that of Butland last time around, whose excellent performances for Stoke saw him emerge as Hart's greatest threat to the England jersey.

An injury sustained on international duty against Spain last year kept him out until the game with Swansea City last month and his showing against West Ham United last weekend was a timely reminder that the aforementioned Sunderland keeper won't walk into the Three Lions XI.

Still only 24, Butland's injury problems are perhaps a minor deterrent for a keeper with a greater physical presence than Pickford and a little more pedigree too. He commands his area very well and is a fine shot stopper so will no doubt be in demand in the coming months.

Butland is reportedly a Manchester City transfer target, so Everton would need to act fast. 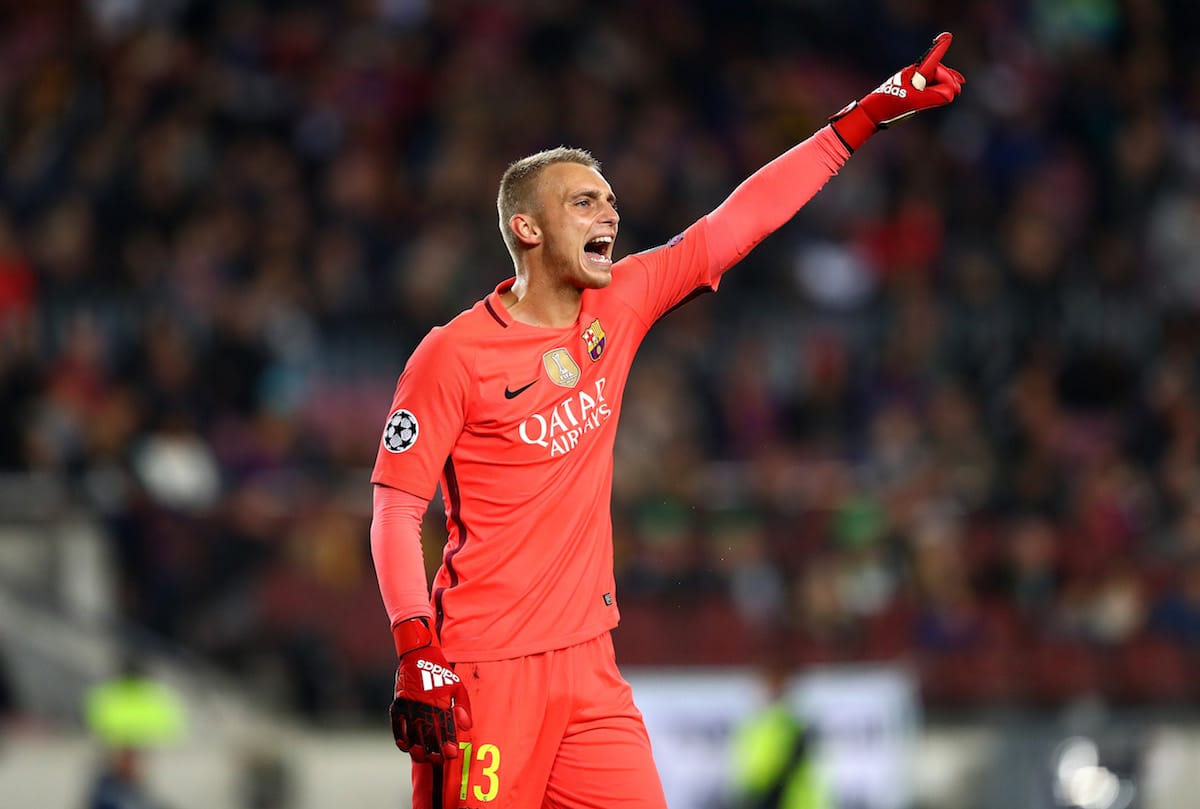 Although he only moved to Camp Nou last summer, reports that Barcelona may be on the lookout for a new keeper 12 months on could make Netherlands international Cillessen's stay a brief one.

Koeman will know the qualities of his compatriot well and his links to Barcelona could be put to use for a player that is going to waste with the Catalan giants.

He's taken the role of cup keeper at the club but, unlike Marc-Andre Ter Stegen under Claudio Bravo, has been entrusted with Champions League duties just once.

Signed for his ability to play out from the back with his feet, Cillessen is no mug when it comes to using his hands either, boasting a very impressive 76.5% save success rate in his final season at Ajax, which was enough to rank second in the Eredivisie in 2015/16.

He'd command a fee in the region of the £11million Barça paid last year but a keeper of his ilk could be worth that.

Nice's title bid in Ligue 1 has been one of the highlights of the campaign in France and while the exploits of a number of promising outfielders in the likes of Ricardo Pereira, Wylan Cyprien and Jean Michaël Seri have seen the Corsican club flocked with scouts, the performances of Cardinale in goal deserve great credit too.

Though he only recently turned 23 he has been the club's first choice keeper for over 18 months in a period of great success for the Eaglets, with his impressive reflexes catching the eye.

Despite playing for a high-flying side the youngster has produced the fourth most saves in the French top-flight (110), so the fact that his superb save success rate of 76.2% is top of the pile in Ligue 1 is all the more commendable.

If there is one clear weakness to his game it's his command from crosses given he is in the very rare minority of keepers under six feet tall but Cardinale is adept at playing out from the back and would certainly be an affordable option with plenty of potential. 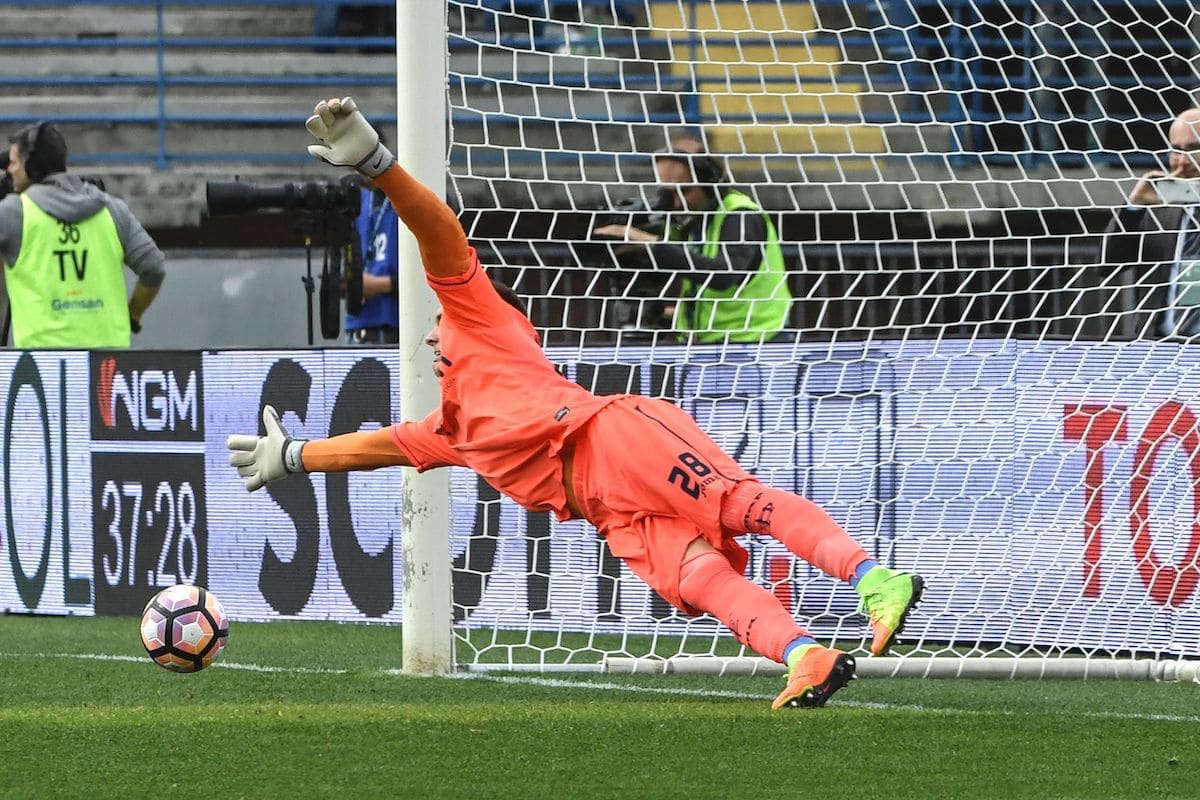 Set to return to Roma this summer following a two-year loan spell at Empoli, 25-year old Skorupski will be keen to ensure that he doesn't take a step back and resort to being a second choice.

With the Serie A title hopefuls expected to make a move for the Pole's compatriot Wojciech Szczesny permanent, however, he may have to look for opportunities elsewhere to get the game time he needs to usurp the Arsenal loanee in the international pecking order.

Skorupski's form for struggling Empoli has been notable since his arrival in 2015 after all, producing the second-most saves in Italy's top-flight this season (144) whilst maintaining a very respectable 72% save success rate from the shots on target he's faced.

With only Milan wonderkid Gianluigi Donnarumma claiming more crosses in Serie A (45), the Polish shot stopper deserves to be first choice for a better team than Empoli and if that's not possible at Roma then a transfer may well be on the cards.