Replacing a legend is no easy feat but it's not impossible. Replacing David de Gea, however, almost is.

The Manchester United stopper has at times single-handedly kept them in the top-four mix over recent seasons. He regularly outperforms the expected goals against metric, sometimes to a degree that you start to wonder whether he’s found a cheat code.

After Real Madrid signed Thibaut Courtois in the summer, it appeared as though De Gea’s dream of turning out for Los Blancos had ended and that he’d see out the rest of his career at Old Trafford.

But recent reports have claimed Paris Saint-Germain are keen on the Spanish goalkeeper, while Juventus, as they usually are when there’s a bargain to be had, are believed to be interested.

The 28-year-old has just one year remaining on his current deal and various outlets are reporting that he wants a £350,000-per-week deal. Something United are reluctant to agree to.

With this in mind, we’ve taken a look at five goalkeepers the Red Devils could turn to if the unthinkable were to happen and De Gea did leave the club. 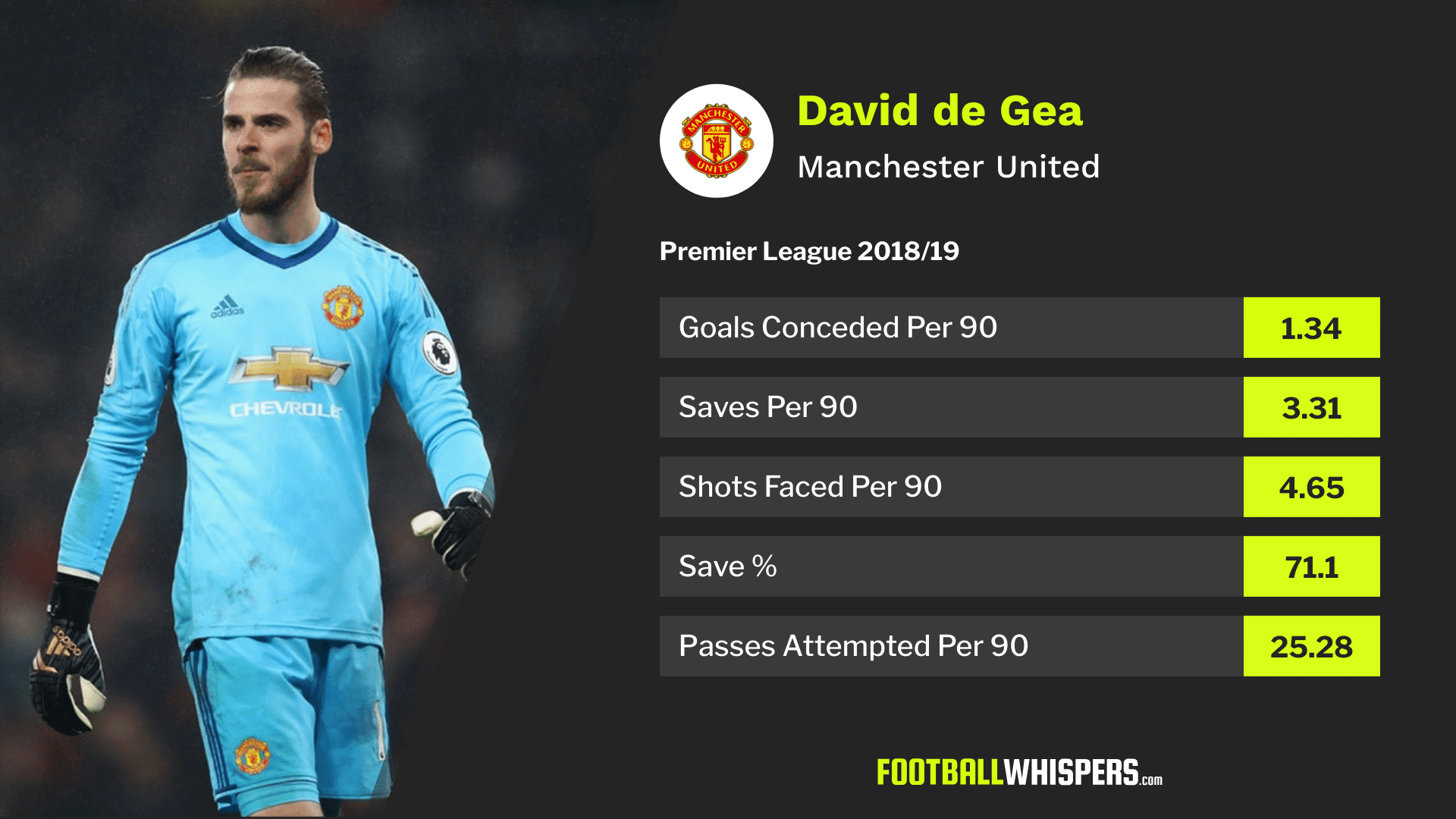 The best goalkeeper in the world over the past five seasons? There's an argument to be made to suggest that is the case. If money is no object and United want a guaranteed success story then the Atlético Madrid goalkeeper is their man.

For months now reports in Spain have claimed the Slovenian is close to agreeing to a new deal with an improved buyout clause.

Clubs would have to part with £175million to sign him. However, he's not signed that deal yet. And his buyout clause remains at a fairly modest £80million according to reports.

United are one of the few clubs who could afford to pay such a fee and, as with Lucas Hernandez who recently agreed to join Bayern Munich, Atleti would be powerless to stop it.

A three-time Champions League winner and one of Real Madrid's most consistent players since he joined the club after an eye-catching 2014 World Cup.

Navas wouldn't be a long-term option for United, he's 33 this year, but if they wanted someone to steady the ship while they searched for the eventual heir to De Gea then the Costa Rica shot-stopper is the ideal signing.

Discarded after the arrival of Thibaut Courtois, Zinedine Zidane's arrival has seen him reclaim his place in the team. But if he isn't going to be guaranteed starter at the Santiago Bernabéu then he could force a move.

The Red Devils have previous with Donnarumma's agent, Mino Raiola, which would make negotiations a little easier. The Milan No.1 has been back to his best this season after a rocky 2017/18 campaign.

However, if Milan miss out on a Champions League the boyhood Milanista could well look to force a move away from the San Siro. The 20-year-old is a generational talent and he should be playing at the highest level possible.

Just as they did when they signed De Gea, United could be signing their undisputed No.1 for the next decade if they managed to pip Juventus and PSG to Donnarumma's signature.

Tipped to be a star from a young age, Football Manager alerted the masses to Lafont. The 20-year-old made over 100 appearances for Toulouse before a €7million move to Fiorentina in the summer of 2018.

Similar to Donnarumma in the way he would keep goal for United for the next decade, Lafont comes with a lot of experience despite only turning 20 in January. The heir to Hugo Lloris for France, Lafont's gives off a De Gea vibe due to his tendency to save with his feet.

Adept with the ball at his feet, he could be a key cog in United's new look counter-attacking style. His distribution would make the most of the pace the Red Devils have in their forward line.

The wildcard on the list. A smart stopper on his day, his use of the ball would get the best out of Romelu Lukaku and Marcus Rashford. However, there are question marks over his mentality for the big occasion.

While he impressed for England at the World Cup, the same can't be said for his Everton form. Countless times this season he's cost the Toffees a goal or two due to his decision making in those split moments.

Extremely vocal, he could mature into a solid, reliable goalkeeper capable of performing in the Champions League. But for now, question marks remain and for the rumoured £60million fee, it's a huge risk. One a club like United don't need to take.