His current options are Rob Elliot, Karl Darlow and Freddie Woodman. The Spaniard has favoured Elliot so far this season, despite Matz Sels and Darlow making more appearances than him in the Championship-winning 2016/17 campaign.

But Elliot has more top-flight experience and that is why the former Liverpool and Chelsea boss has plumped for him. Although Elliot is in possession of the No.1 shirt at the moment, it doesn’t feel like a long-term solution.

Speaking before the summer transfer window shut, Benítez said: “We are looking for a goalkeeper with more experience to compete against them. After that we must decide what to do with our goalkeepers.”

He was after Pepe Reina, his former No.1 at Anfield. but a move fell through and with Napoli flying high, a move for the former Reds keeper seems unlikely.

But we’ve identified five other keepers who should be on Newcastle’s radar ahead of the January transfer window.

If Benítez wants experience, they don’t come much more experienced than Casillas.

And he has been linked with a move to St James’ Park by Spanish press, after being usurped at current club Porto by José Sá.

There’s no doubt Casillas doesn’t want to sit on the bench – that’s why the Real Madrid legend left the Bernabéu – and if he moved to Newcastle, he would be a starter.

And he appears to have a good relationship with Benítez, despite leaving Los Blancos when the now Magpies boss was in charge.

“I feel sorry for Rafa [that it didn’t work out for him in Madrid],” he said last year.

“He didn’t suggest I wasn’t going to play and he knew I was talking to the club about leaving.

“He was worried about me. I spoke to him recently and shared memories [of the club].”

Another player who has been subject of Newcastle transfer talk is Barcelona keeper Cillessen.

Like Casillas the Dutchman isn’t first choice at his club, with Marc-André ter Stegen ahead of him in the Blaugrana’s pecking order.

Twice Ajax Player of the Year, and Netherlands' No.1, he has a high reputation.

But with the Dutch looking to restructure after failing to qualify for the World Cup, playing regular football could be imperative to his chances and Cillessen may look for a move away from the Camp Nou. 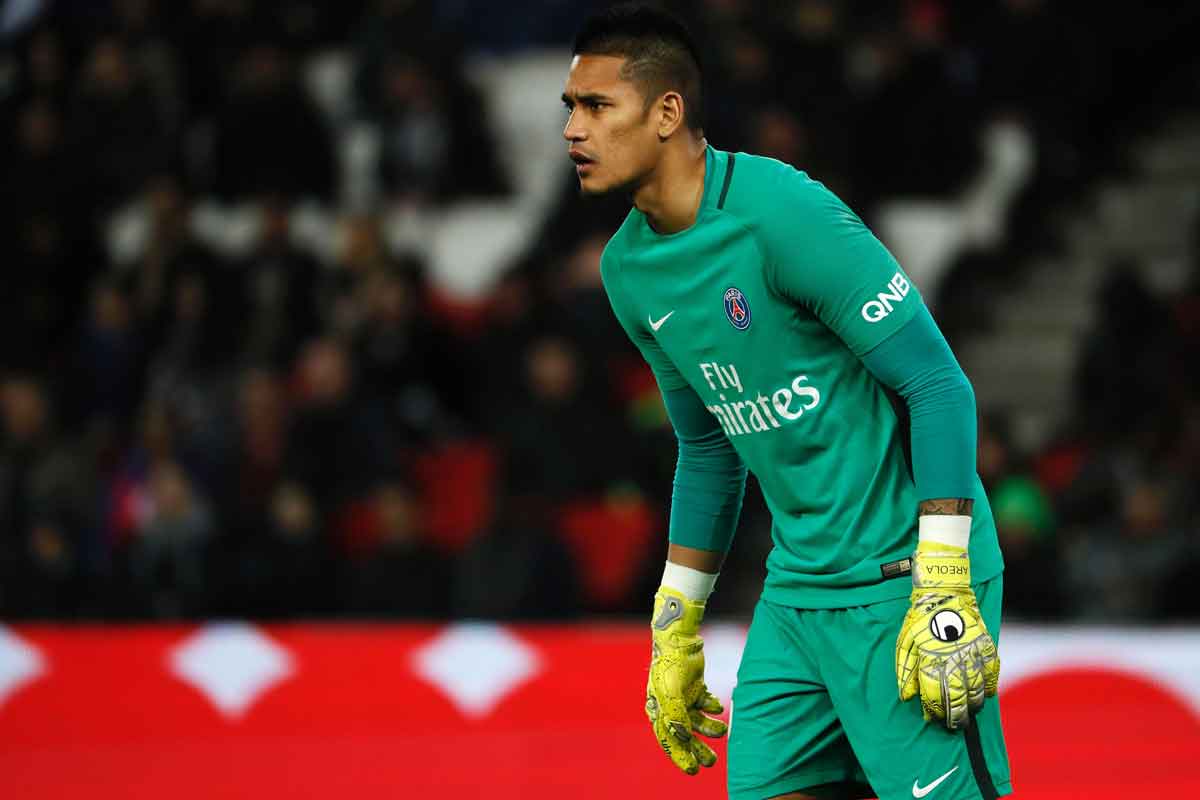 Newcastle showed interested in the Paris Saint-Germain man in the summer, but were put off by his asking price, which was north of £12million.

Yet with new investment coming in when Mike Ashley leaves, baulking at transfer fees like that – which seem like small change compared to what many Premier League clubs are spending – could be in the past.

The 24-year-old last month denied talk he would be leaving, but did say he would sit down with PSG to see where his future lies.

“All that is said about me is false! We will talk about my future in-house with the club,” he said.

Areola is first choice for the Parisian side and there’s no doubt PSG wouldn’t let him leave without a replacement being secured first. But with the Ligue 1 leaders reportedly keen on Jan Oblak, that could all change.

They wouldn’t have gone after the Slovenian in the summer due to Atlético Madrid’s transfer registration ban. But as that will be up in January, the Spanish club would replace their No.1 if he left and that could open the door for a move to the big-spending French side, which in turn would free Areola to leave.

Impressive in France and in a loan spell at Villarreal a couple of seasons ago, getting a young prospect with experience in the top flight and major continental cups would be a coup for Newcastle.

If Newcastle want someone with Premier League experience, perhaps they should look to another No.2 – Sergio Romero.

The Manchester United goalkeeper won’t be getting any first-team action at Old Trafford soon due to the form of David de Gea.

Even if Real Madrid do get the man they’ve been chasing for a number of years, it’s unlikely United will promote Romero to first choice. At 30, he needs to start playing regularly.

He’s not been a regular first choice since 2012/13 when he was at Sampdoria, despite being Argentina’s No.1. If he wants to keep hold of that jersey, a move to an ambitious Premier League club where he can prove himself may be a wise move.

There’s no doubt Sergio Asenjo is a top-class goalkeeper. He was once above de Gea at Atlético Madrid, but injuries have ravaged his career.

But four cruciate ligament injuries later, he is on the comeback once again and isn’t too far off making his first appearance for Villarreal this season.

Before his injury in February, he was being spoken about as a potential Zamora winner – given to the keeper with the most clean sheets in La Liga – and was arguably the form keeper in Spain.

If it wasn’t for de Gea, Casillas and Reina, he would surely have more than his one Spanish international cap.

But his injuries have meant Villarreal have now got decent backup options in Andrés Fernández and Mariano Barbosa, who have both impressed when deputising.

The Yellow Submarine are a selling club, and for the right price would surely be tempted into letting Asenjo go.

If he did manage to stay fit, he would be one of the best in the Premier League.