Crystal Palace have been one of the biggest players in every transfer window since they were promoted to the Premier League five years ago.

They have always managed to buy shrewdly for the large majority and bring players to the club who fit into their ethos and create a close rapport with supporters.

After a terrible start last season, new boss Roy Hodgson steadied the ship and guided them to an eventual 11th-place finish, following a strong end to the campaign.

Everyone was happy in the end – and it doesn’t look like they’ll be losing a manager this summer for once. Players might be enjoying their holidays at the moment, but off the pitch, the board and the club’s recruitment team will be busy identifying transfer targets.

Of course, with the World Cup just around the corner, clubs will be keeping a close eye on the talent on show – and why shouldn’t a club like Palace look to bring in a superstar or two? They have proved they are willing to spend big, as they did with Christian Benteke and Mamadou Sakho.

However, Palace are a club who don’t really get too big for their boots and they will certainly be taking a look at the bright talent from the Championship.

Indeed, Director of Football Dougie Freedman knows the Championship well and was spotted a number of stadiums at the end of last season, prompting suggestions the Eagles were keeping tabs on certain players.

Here, Football Whispers takes a look at five players who Palace should take a look at, whether that’s for next season or ones to nurture for future years.

The Norwich City playmaker is hot property in the Championship after an outstanding season and Palace are likely to face stiff competition for him. Maddison is a strong transfer target for Leicester City and has also been linked to both Liverpool and Everton over recent months. 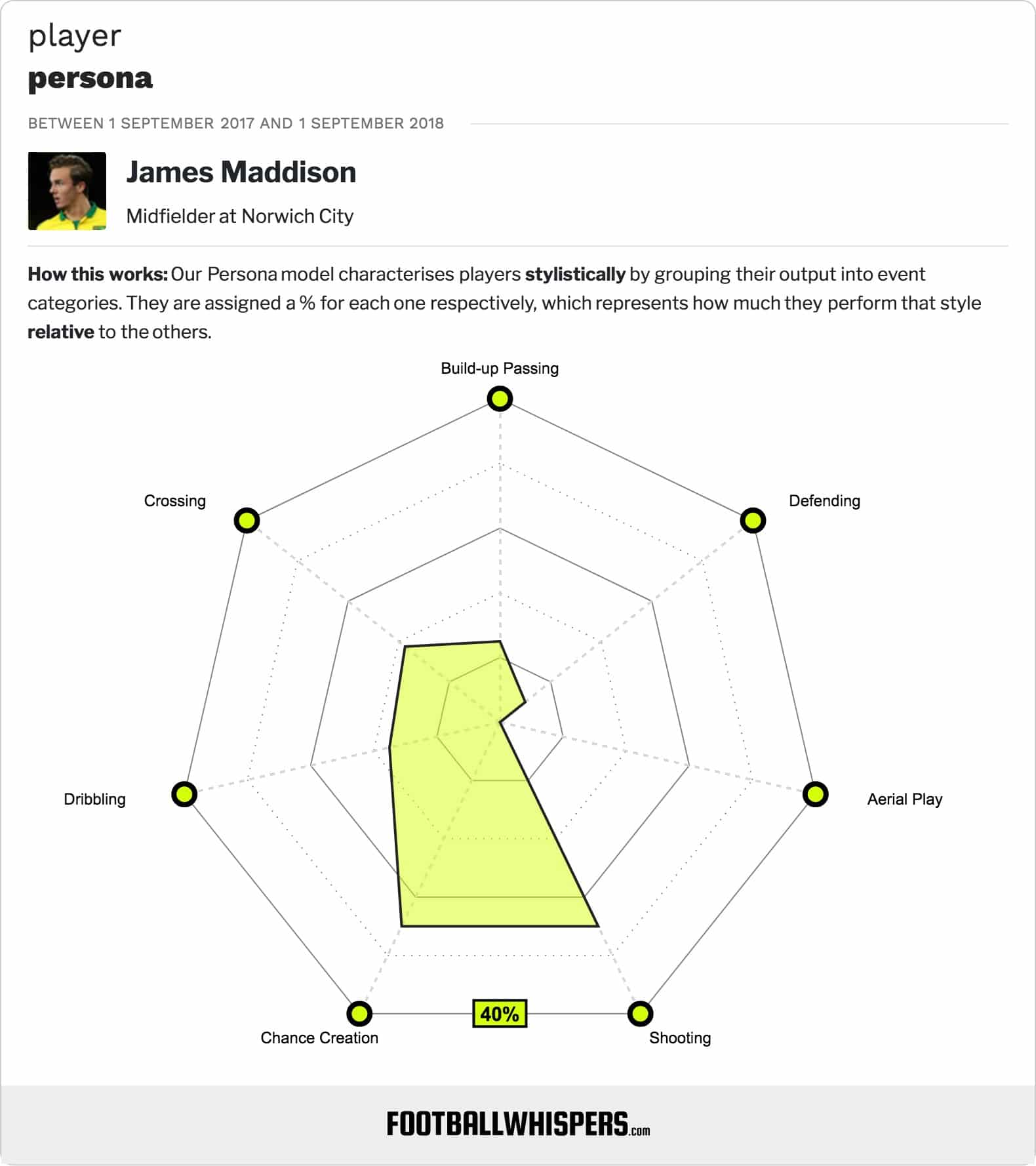 The attention is deserved. The 21-year-old was involved in 22 goals in the Championship, including eight assists. He's in the top 10 midfielders for open and set play key passes and made the top 20 for successful dribbles per 90 minutes (2.97).

With Ruben Loftus-Cheek returning to Chelsea after his loan spell, the Eagles may look to bring him back permanently. But if they fail to do, Maddison would fit the bill through the middle.

Freedman also watched the England U21 international in action for Norwich at Queens Park Rangers in April. Norwich may want up to £15million for Maddison.

Palace need to bring in at least one new goalkeeper this summer. Wayne Hennessey, Julian Speroni and Diego Cavalieri are all out of contract, with the latter likely to move on the most.

Speroni may land yet another one-year deal which will take him up to 40, while there are discussions ongoing with Hennessey. But Palace should to look to the future with someone a little younger, but perhaps someone who is coming into their prime – and at 28, QPR’s Alex Smithies could fit the bill.

Smithies has been one of Rangers’ standout players now for the last two years, making save after save, picking up man of the match awards on a regular basis and is a huge crowd favourite at Loftus Road.

Now, at 28, this is a fantastic time to sign someone who is ready to show their quality in the top flight, and for a goalkeeper, he has plenty of time on his side. He would cost no more than £4million.

A striker Palace should definitely consider thanks to his ability to play anywhere in the final third and his goal-scoring record throughout his career.

Assombalonga grabbed 15 goals in his debut season for Middlesbrough, having moved for £15million from Nottingham Forest, helping Boro into the play-offs. His goals per 90 ratio of 0.43 is even more impressive when his shots per 90 total. He's having just 0.26 more than Benteke but managed 0.31 more goals. 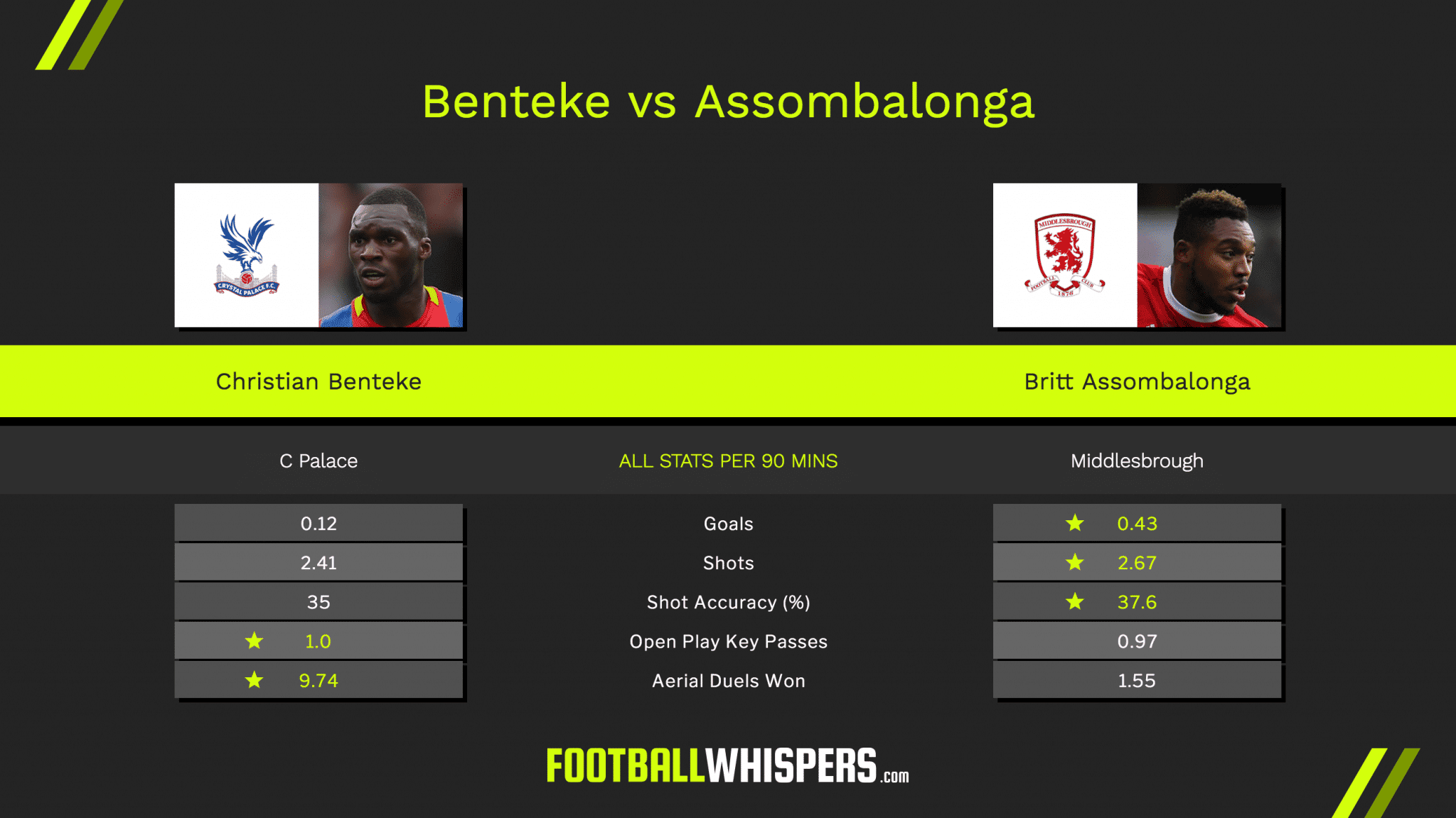 He can drag players out wide, present chances to those around him and poses a physical presence.

If Palace sold Benteke this summer, he would be a shrewd investment for half the price at 25-years-old. He has bags of potential to be a hit in the Premier League and Palace is an ideal platform to make the step up. A fee of around £20million might be all that's required to convince former Eagles boss Tony Pulis to part ways with the forward.

Another player from Middlesbrough, Gibson has been someone on a few Premier League teams’ watchlist for the past two years, having impressed immensely at centre-back.

So why should Palace look at him? Well, veteran Damien Delaney has left the club and Scott Dann isn’t set to return to action until later this summer after a serious knee injury. He may not get back to his previous heights he enjoyed at Palace either.

That just leaves James Tomkins and Mamadou Sakho as Palace’s recognised and experienced centre-backs at present.

Palace did sign young defender Jaroslaw Jach in January, but Gibson is ready-made for the Premier League and has been on the cusp of playing for the senior England side, so he’ll have that in the back of his mind.

At 25, he’s another player at a great age where he can kick on with his career in the top flight, and you’d expect teams on the same level as Palace to show an interest for around £10million. 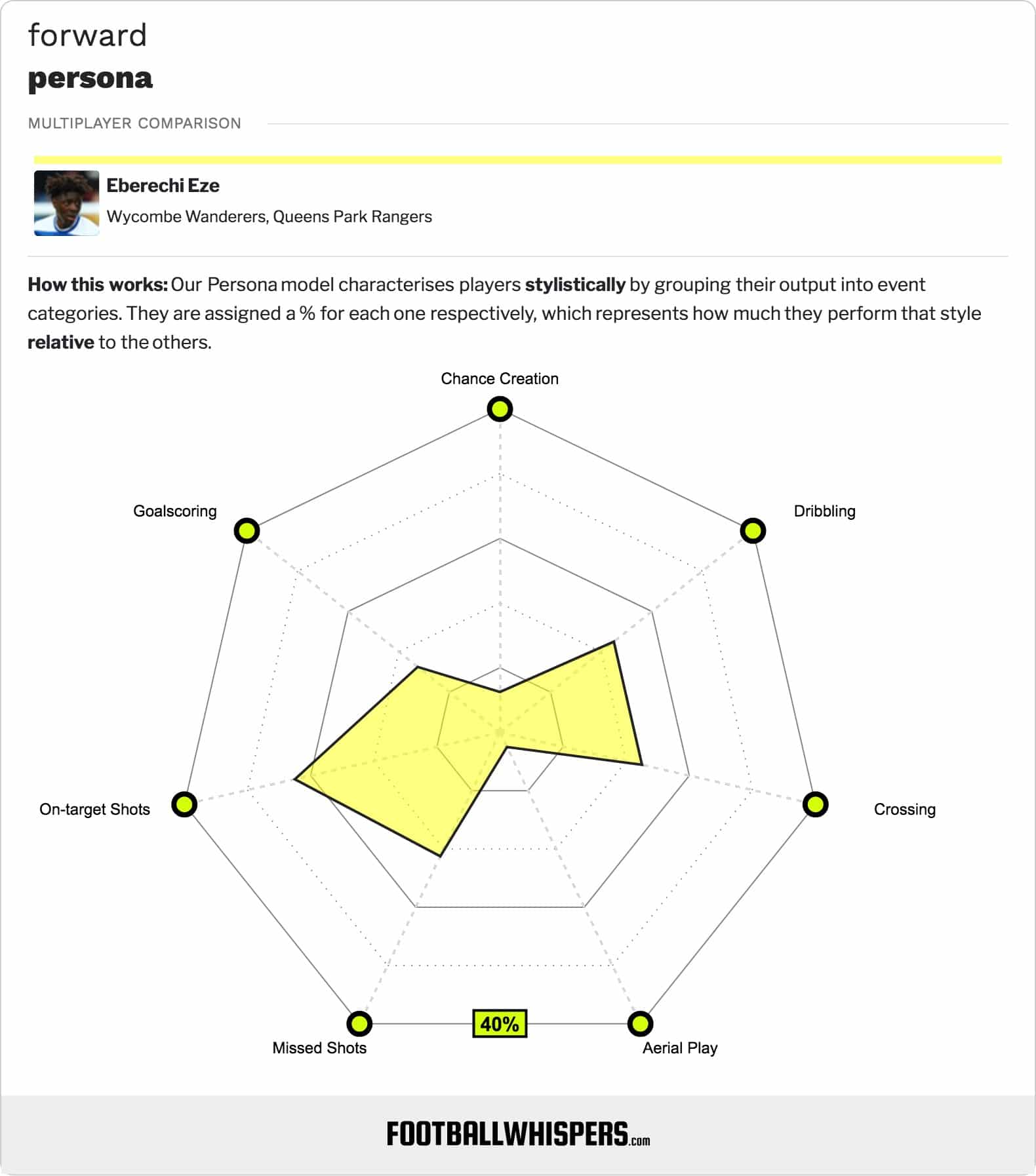 Palace fans love their exciting wide players and you only have to look at the effect Wilfried Zaha and Yannick Bolasie once had together.

Eze, 19, is a huge talent at Queens Park Rangers and only burst on to the Championship scene in January, having been out on loan at Wycombe Wanderers previously. He dazzles and dances past the opposition with ease, averaging 3.71 successful dribbles per 90 minutes. Not Zaha levels, but not far away.

At times, he plays like Zaha, too, with that trickery and ability to cut in and score goals. QPR will look to hold on to him for another year, but Eze is a match-winning starlet. He still has a lot to learn but could kick on hugely in a Premier League environment. He wouldn’t cost much either.

You also have to consider should Palace receive an offer they were unable to turn down for Zaha in the future, then someone like Eze has the potential to fill the void.