Whisper it quietly but partnering Virgil van Dijk appears to be something of a curse.

The Liverpool No.4 is having the best campaign of his career. His performances even more impressive when you consider he’s not had a reliable centre-back partner for the entirety of the season.

Joe Gomez started the season beside the Dutchman and the two struck up quite the understanding. The former Charlton man even filled in at right-back occasionally and this allowed Dejan Lovren to reclaim his place alongside Van Dijk.

However, with both ruled out through injury, Joël Matip stepped in at right centre-back for the must-win tie against Napoli in the Champions League. The ex-Schalke man put in an impressive performance before Kalidou Koulibaly landed on him in the final seconds and fractured his collarbone.

Lovren returned just in time to replace Matip for the busy festive period before he picked up a hamstring injury in the FA Cup tie against Wolves. He was due back this weekend but reports today revealed he missed training.

In his absence, Matip has performed admirably next to Van Dijk – and with Fabinho in the Champions League clash against Bayern Munich – but the Cameroon international is hardly the most reliable player in terms of fitness.

It’s been a carousel of centre-back partners for Van Dijk this season and though Liverpool have conceded the fewest number of goals in the top flight, the defence, at times since the turn of the year, has looked a little suspect.

For a little more context, the xG conceded total for the season so far when compared to the same date last year is actually slightly higher. Last season the Reds had an xG conceded total of 24.41, this year it’s 24.62. Again, it’s only a slight spike but given the defensive performances this season versus those of 2017/18, it was expected to be far superior.

In fact, Liverpool are conceding more shots this season on a per 90-minute basis. That stat has risen to 8.13 from 7.68. That shows the importance of a world-class goalkeeper. However, there will no doubt be a feeling that a reliable centre-back pairing would solidify things a little more.

With this in mind, we’ve taken a look at five potential defenders Liverpool could target this summer.

To land the Ajax captain, the Reds would probably have to break the bank. But if there’s a player in world football worth spending north of £75million on, it might well be De Ligt.

The 19-year-old, who partners Van Dijk at international level, has everything required to go down as one of the all-time great defenders. 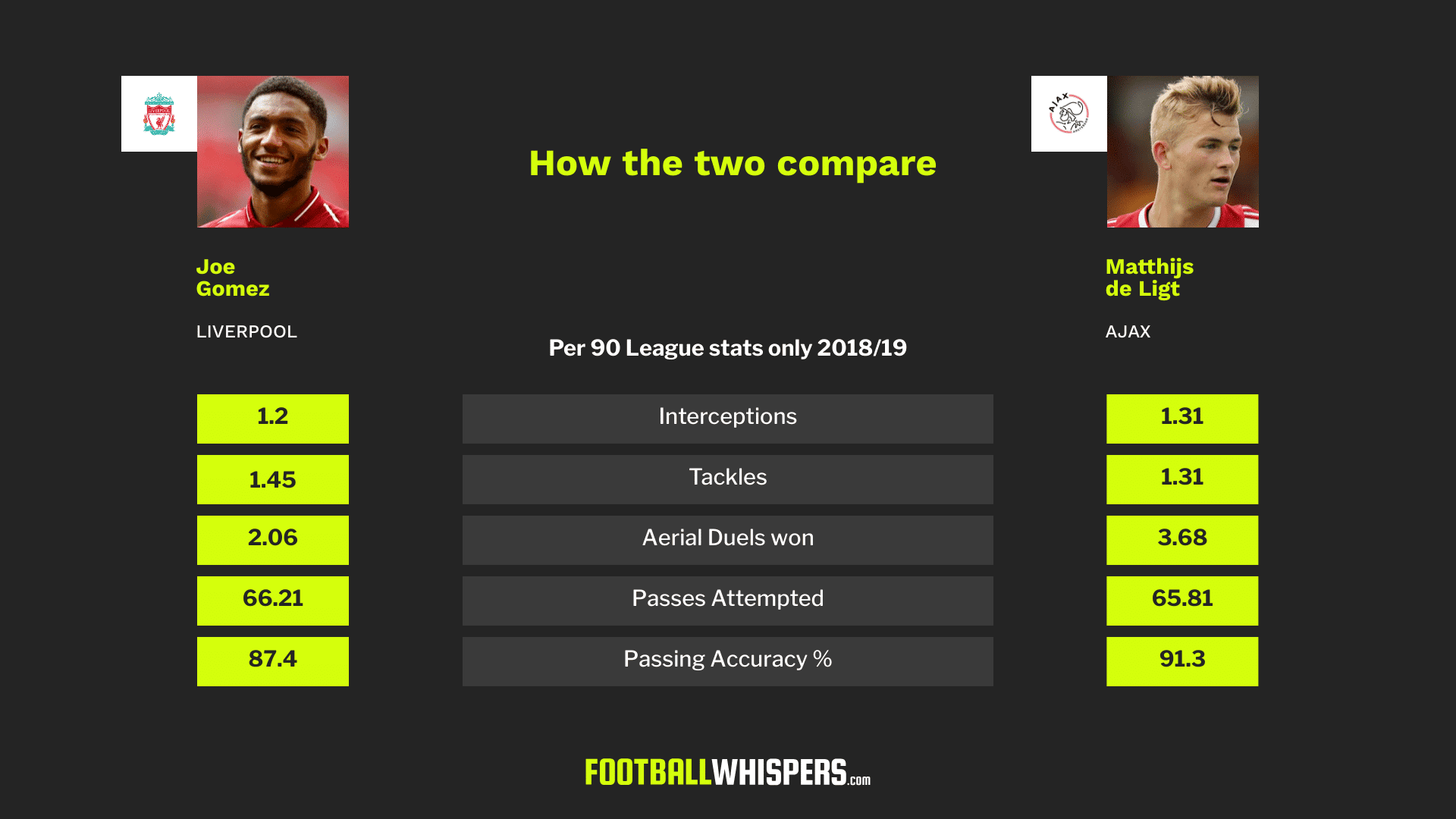 Rumoured to be a Barcelona transfer target, the 13-cap Netherlands international starred for Ajax as the Amsterdam club knocked Real Madrid out of the Champions League.

While a move to the Camp Nou would be an obvious one, De Ligt is a talent who needs to be playing regularly. Barcelona have Samuel Umtiti and Clement Lenglet already at their disposal and spent heavily on both.

The same could be said at Anfield with him being pitted directly against Gomez. But Gomez's versatility means he can play right-back and the fee Liverpool paid to land him needs to be taken into account; just the £4million. 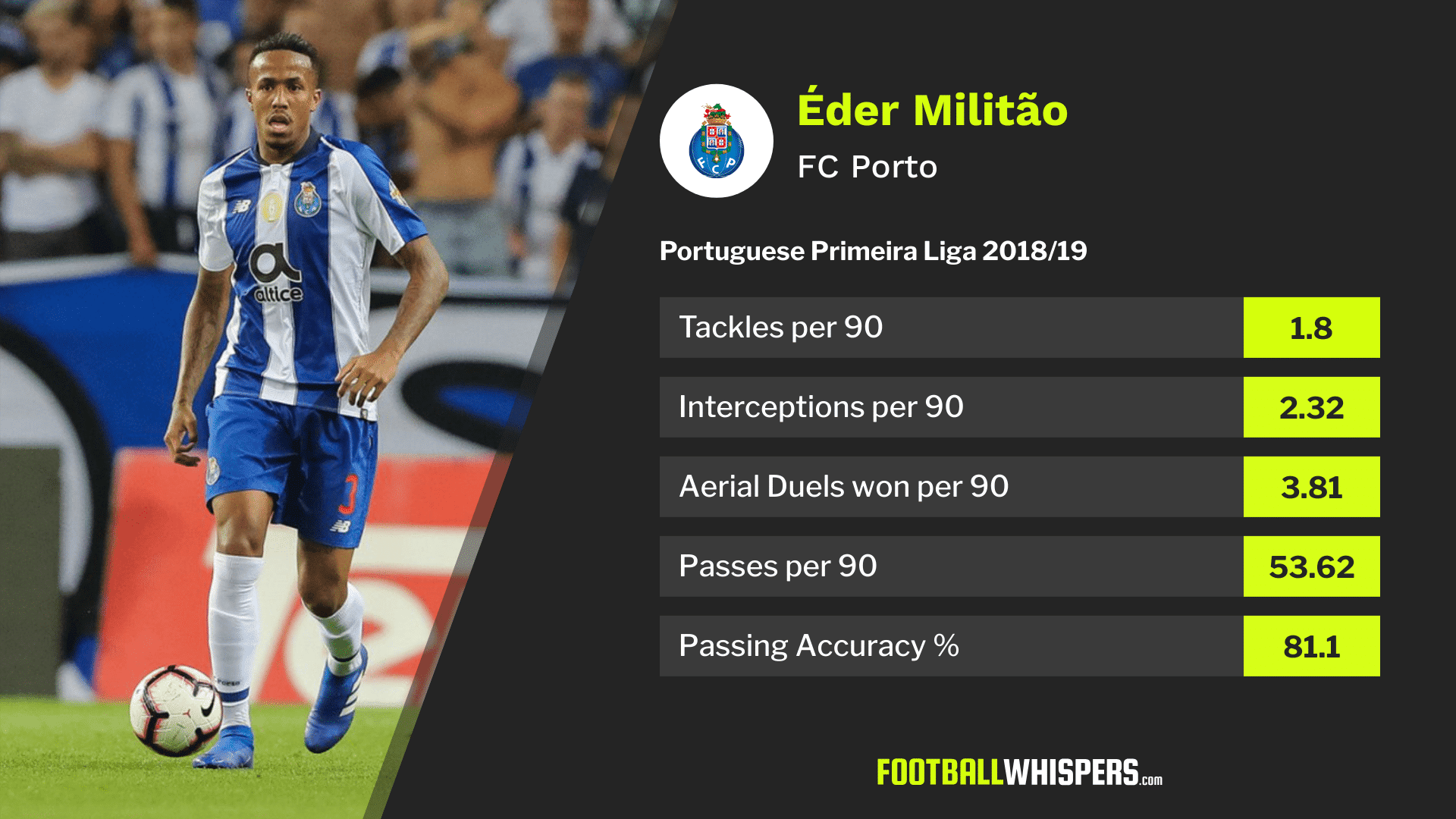 One of the breakout stars of the 2018/19 season, Militão has been linked with a host of top European clubs this season. Real Madrid view the 21-year-old as the long-term successor to Sergio Ramos while Manchester United and Chelsea are both believed to be keen on the Brazilian.

Liverpool have also reportedly been keeping tabs on the versatile defender. In many ways he's similar to Gomez in the sense he can play both centre-back and at full-back.

He's confident and composed on the ball, averaging 53.62 passes per-90 which shows he's used to having a lot of possession and he wouldn't struggle to adapt to Liverpool's style.

He's aerially dominant and he reads the game well. Like the Liverpool No.12, he could be an ideal foil for the aggressive Van Dijk while learning off him.

On paper, he's an ideal partner for Van Dijk. A one-time Liverpool target, the Swiss international moved to Borussia Dortmund a little over 12 months ago and had seamlessly adapted to life in the Bundesliga.

In terms of playing style, he's similar to Gomez and Matip. He likes to get the ball on the ground and carry it into midfield. His passing is crisp and incisive, with 32 per cent of his 70 passes on a per 90-minute basis going forward. For context, Gomez plays 31 per cent of his forward, 30 per cent of De Ligt's go forward and Militão averages 31 per cent.

He wins just 1.81 aerial duels with Abdou Diallo the more dominant of the two. It'd be a similar dynamic with Van Dijk. One sticking point could well be the fact BVB won't sell cheaply.

Linked with Liverpool and Tottenham Hotspur, Llorente is a Real Madrid academy graduate who now turns out for Real Sociedad. He was used sparingly for Los Blancos but impressed during loan spells with Rayo Vallecano and Malaga. 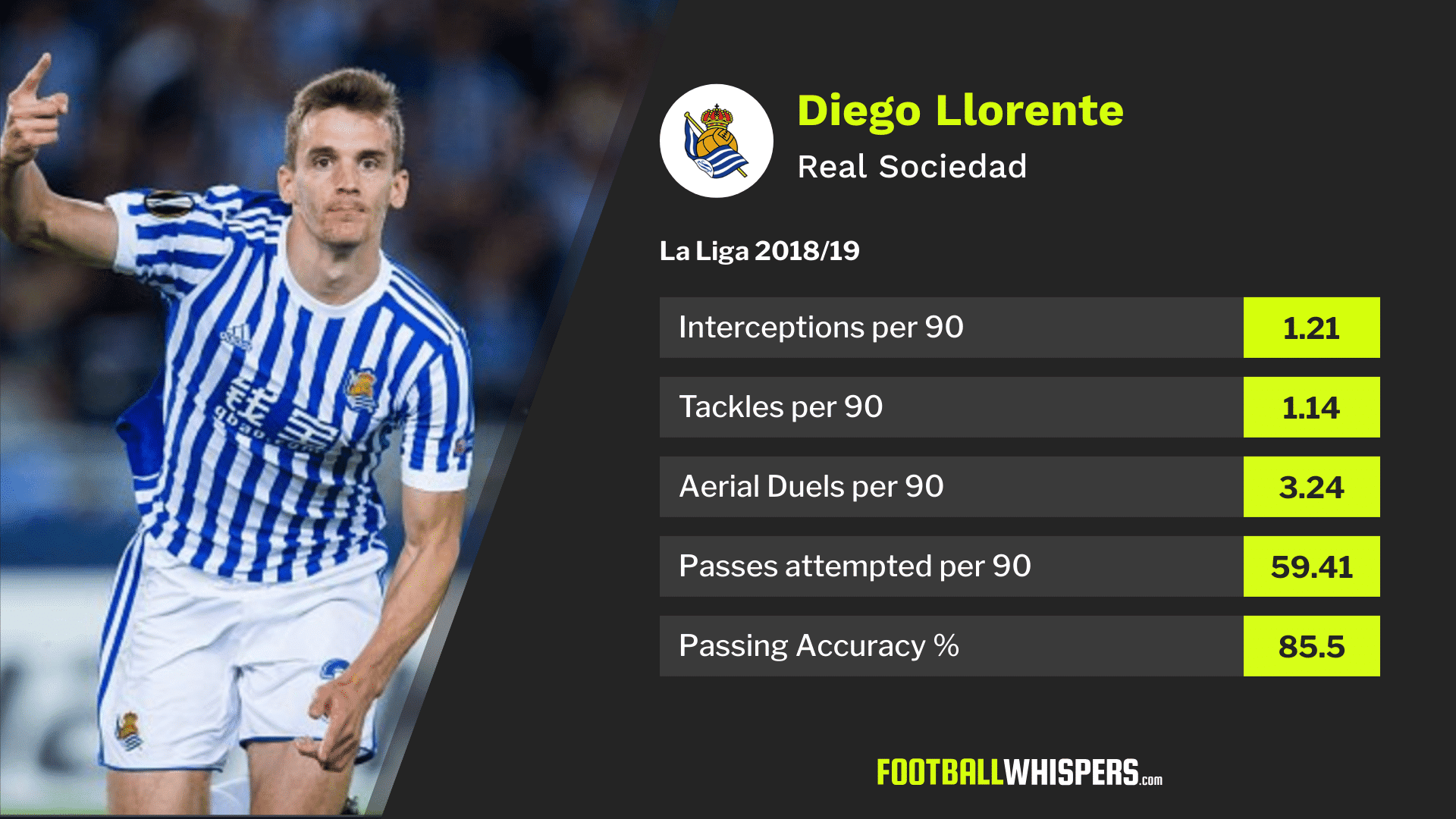 He made the permanent switch to the Anoeta in the summer of 2017 and has been a regular for the Txuri-urdinak when fit. It is worth noting that an ankle injury did see him miss part of the season.

Reports have claimed the Reds are scouting the Spain international and that the Premier League outfit aren't put off by the €30million price tag.

Like Militão, his stats suggest he's confident in possession and is used to seeing a lot of the ball. He's that comfortable on the ball that he can play in midfield. It would give Liverpool a bit of flexibility and the superiority in the middle third.

First on Liverpool's radar in 2016, Jonathan Tah is back on the club's shortlist if recent reports are to be believed. Still just 23, the Bayer Leverkusen defender is quickly closing in on 200 appearances.

Powerfully built, composed on the ball and dominant off it, Tah has two caps for Germany and in theory has everything needed to succeed in the English top flight.

He averages 70 passes, wins 2.54 aerial duels and plays 33 per cent of his passes forward. His passing accuracy comes in at 89 per cent and he completes an impressive 57 per cent of his long balls. He missed just five games through injury during the 2016/17 campaign and is yet to miss one due to injury this term.

Bayer Leverkusen may be reluctant to lose so many players this season with Julian Brandt and Kai Havertz both tipped to leave. Tah's long contract, which expires in 2023, means the Bundesliga outfit aren't in any rush to sell him.