It’s no doubt a dent to This is Anfield, Paul Joyce (then of the Daily Express) claimed that midfield was an area that Klopp wanted to improve and that Dahoud was the “go-to man they are looking for”.

The Reds spent the majority of last summer in talks with both the club and the player but weren’t able to get the deal over the line. The Bundesliga club had sold Granit Xhaka to Arsenal and lost Havard Nordtveit to West Ham and seemingly weren’t open to losing yet another key player. 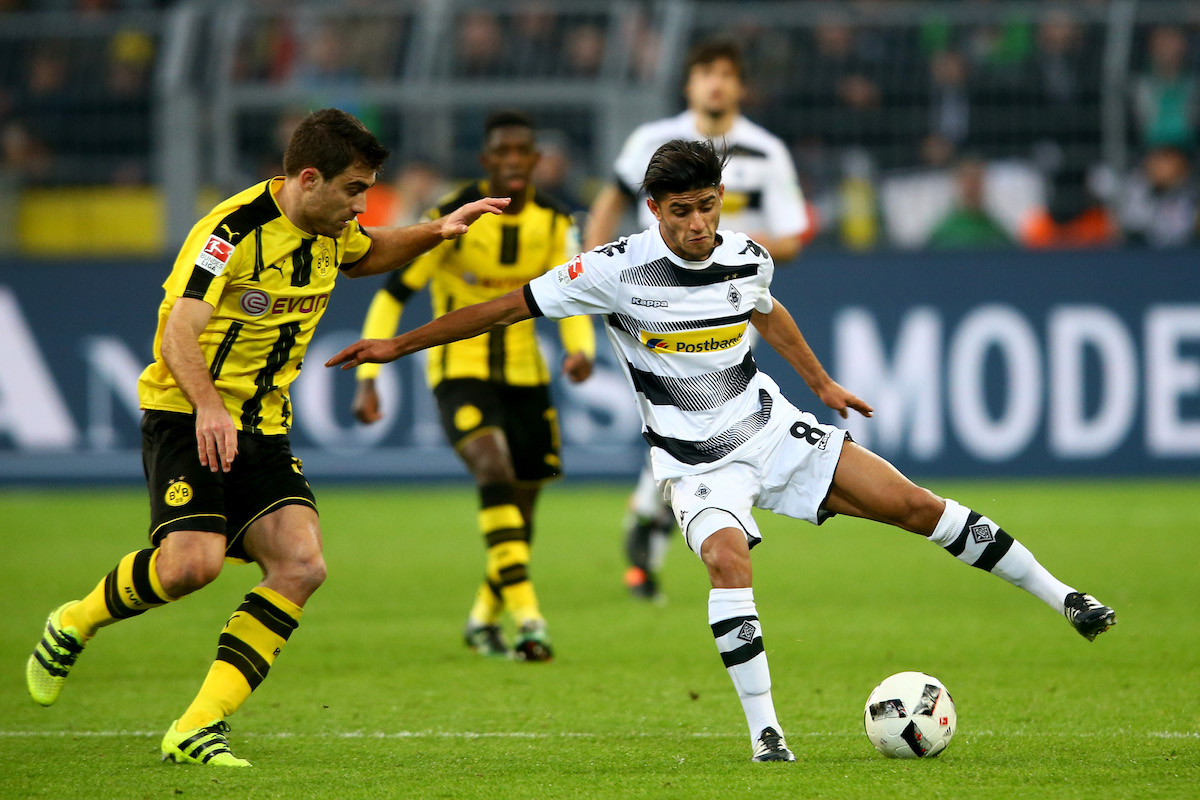 However, that wasn’t the end of it. The day the summer transfer window shut, Liverpool Echo journalist James Pearce wrote “Liverpool are planning to follow up their interest in targets Mahmoud Dahoud and Christian Pulisic in future transfer windows.”

Despite having such heavy public interest in the mop-headed midfielder, it appears as though the Merseyside club have failed to land yet another top target.

It might be disappointing but it’s not the end of the world. There are plenty more fish in the sea for Klopp and his recruitment team. Here’s a look at five of them: 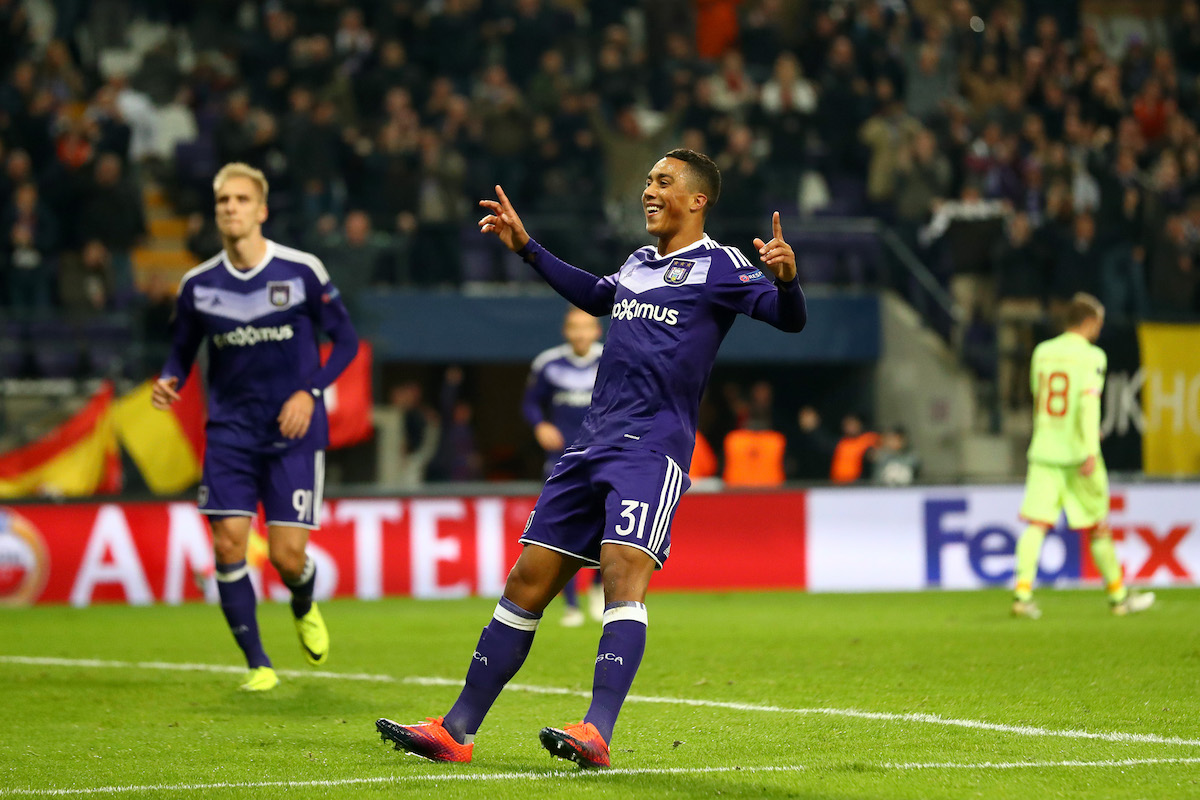 It’s safe to say Klopp knows all about the 19-year-old versatile midfielder.

Ahead of a Champions League clash with Anderlecht in 2014 when he was in charge of Dortmund, Klopp name checked Tielemans in a press conference.

“They (Anderlecht) have some really good players and Youri Tielemans is one of those,” he said.

He’s further developed since then. He now captains his side as well as having been called up to a talented Belgian international side. He has a long list of admirers that includes Atlético Madrid, Spurs and Everton.

He has 15 goals in all competitions so far this season, and granted the majority have come from the penalty spot, it’s still a superb return from a central midfielder. He’s scored in both the Champions League as well as the Europa League.

If the Reds are in the market for an all-rounder then there’s no need to look any further. The club would have no problem paying the reported £25million for the player and could easily triple the £24,000-per-week he currently pockets.

He’s the sort of player who could improve the team now but it’s his potential you’d part with large sums of money for.

Grzegorz Krychowiak followed Unai Emery when he joined Paris Saint-Germain from Sevilla in the summer. The French giants parted with €30million to secure the deal and back their new manager in the market.

He’s struggled to recapture the form he showed in La Liga. He’s made just the six starts in Ligue 1 and finds himself behind the likes of Marco Verratti, Thiago Motta, Blaise Matuidi and Adrien Rabiot in the pecking order.

He’s recently found himself playing in the reserve side as Emery mentioned to the press recently. 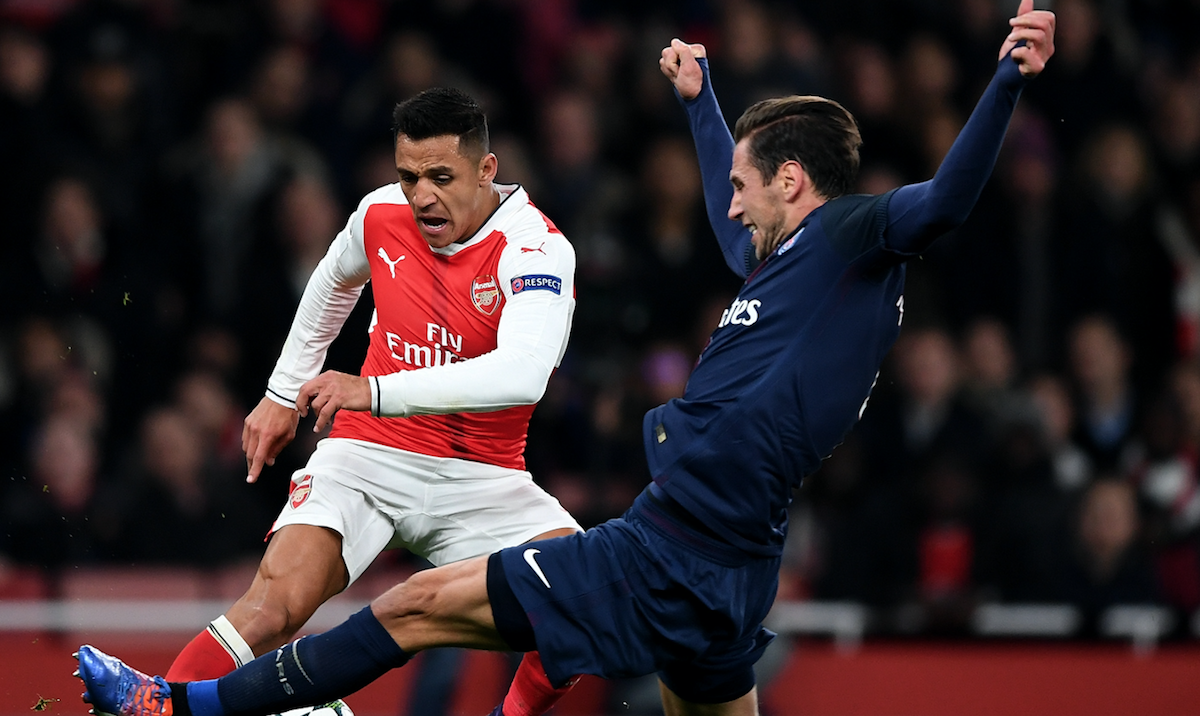 “Grzegorz has asked to play with the CFA side [reserves],” revealed Emery.

“I have spoken with him and he has trained well since recovering from his injury. However, there is competition for places.

“Grzegorz was not called up to the squad, so he preferred to play with the CFA side. He wants to be ready for future matches.”

The 27-year-old is much more of a destroyer than Dahoud but it would be naive to dismiss his ability on the ball. He can be decisive and break lines with his passing.

PSG might not be Liverpool’s usual shopping destination but these are the opportunities they look to capitalise on; undervalued players with obvious talent.

During his final season in La Liga he was averaging 4.5 interceptions per 90 minutes and backing that up with 2.5 tackles. He was winning 2.9 aerial duels and completing 84.3 per cent of his 45.9 passes.

The conquerors of Barcelona could recoup their money on the former Sevilla man and Liverpool could not only afford his £80,000-per-week wages, but even give him a pay rise to sweeten the pot.

Thiago Maia has been quietly impressing for Santos for some time now. He put in a few eye-catching performances for the Brazil side at the Olympics as the host nation went on to win gold and ever since his stock appears to be on the rise. 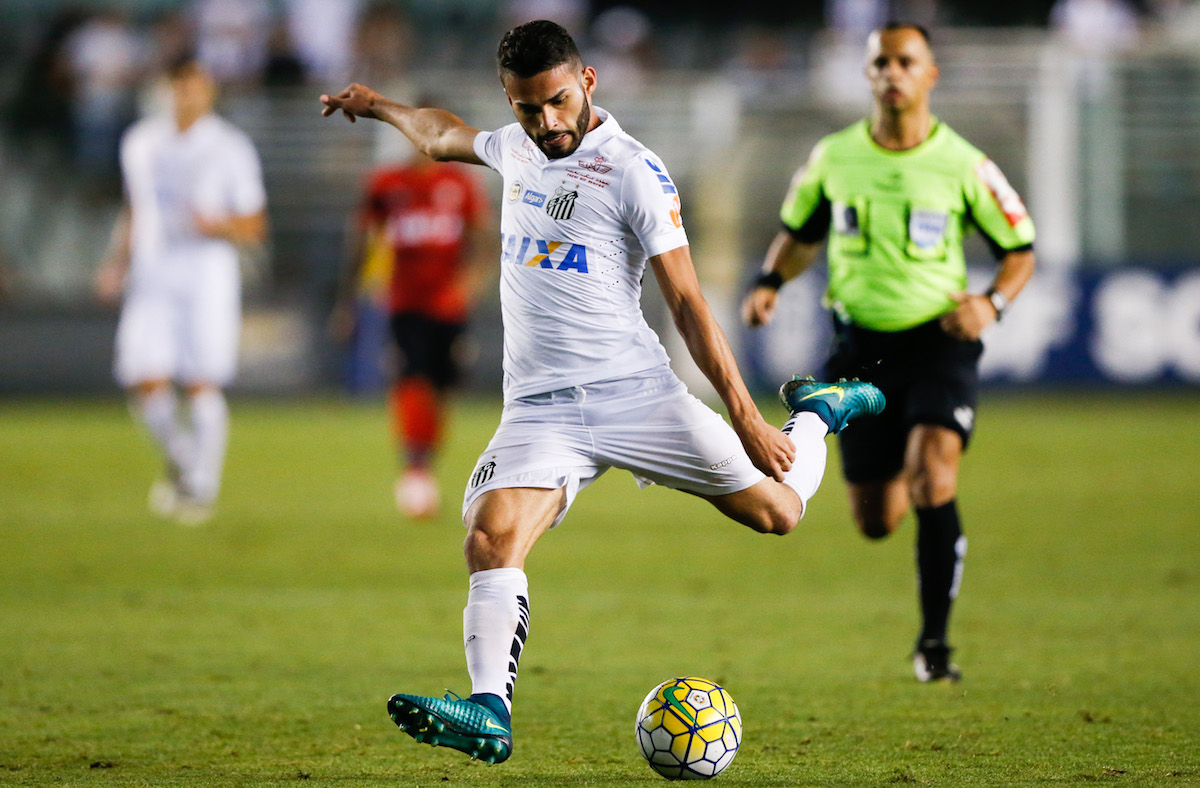 He’s been linked with Manchester United, Chelsea and PSG in recent months. In December he was linked with a switch to Anfield.

While a move to France may be his end game it doesn’t mean he can’t stop off in England for a few seasons. He’s a multi-functional midfielder with the ability to impact both the defence and the attack. He’s confident and composed on the ball, completing 86.7 per cent of the 54.5 passes he attempts per 90 minutes. He also wins 3.1 tackles and 1.3 aerial duels as well as making 2 interceptions.

Various reports claim £20million would be enough to convince Santos to part with their prized asset and the player himself could see his £5,500-per-week salary increased tenfold if he decided to move to Merseyside.

The 22-year-old midfielder has been linked with a move to the Reds for the best part of 12 months now. He spent time on loan at Empoli, a team Liverpool regularly watched due to their interest in Piotr Zielenski. Paredes reportedly caught the eye on many occasions due to his ability to dictate play all over the pitch. 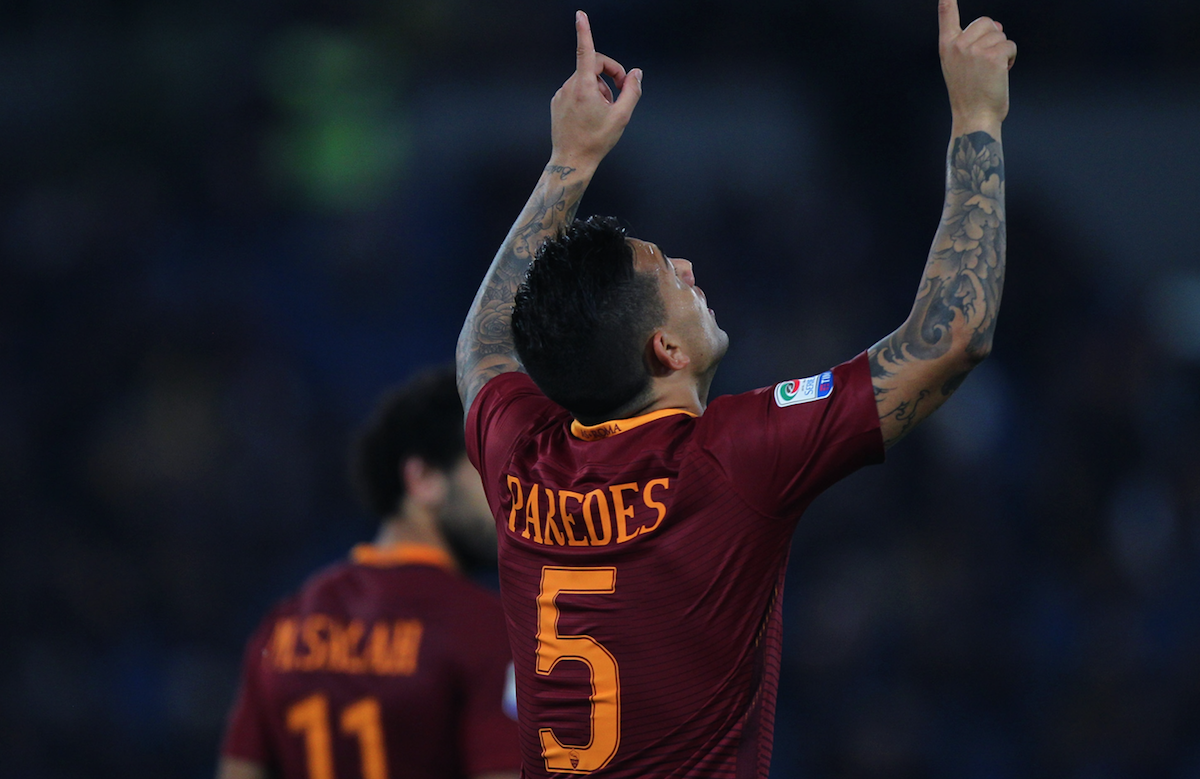 He's inventive, decisive and incisive. He'd give the Liverpool midfield an extra dimension and would assist them in breaking down the most defensive of sides. He's been tipped with a move away from the Stadio Olimpico after failing to cement a first-team place this season.

The playmaker has been used sporadically, starting just the eight Serie A games. Despite the limited playing time he's still posting some impressive stats. He averages 1.5 tackles and 1.1 interceptions, a drop off from the 2.7 and 1.3 he posted throughout the entirety of last season. He's completing 88 per cent of the 39.7 passes he attempts per 90, almost 20 passes fewer than what he was attempting last season.

Recent reports from Italy suggested he would be available for €25million. With Fenway Sports Group backing Klopp in the market this summer it's a fee they could comfortably afford.

Throughout the January transfer window Liverpool were linked with Atalanta midfielder Franck Kessie. Various outlets, both in England and Italy, claimed the Reds would rival Manchester United, Chelsea and Arsenal for the signature of the destroyer. 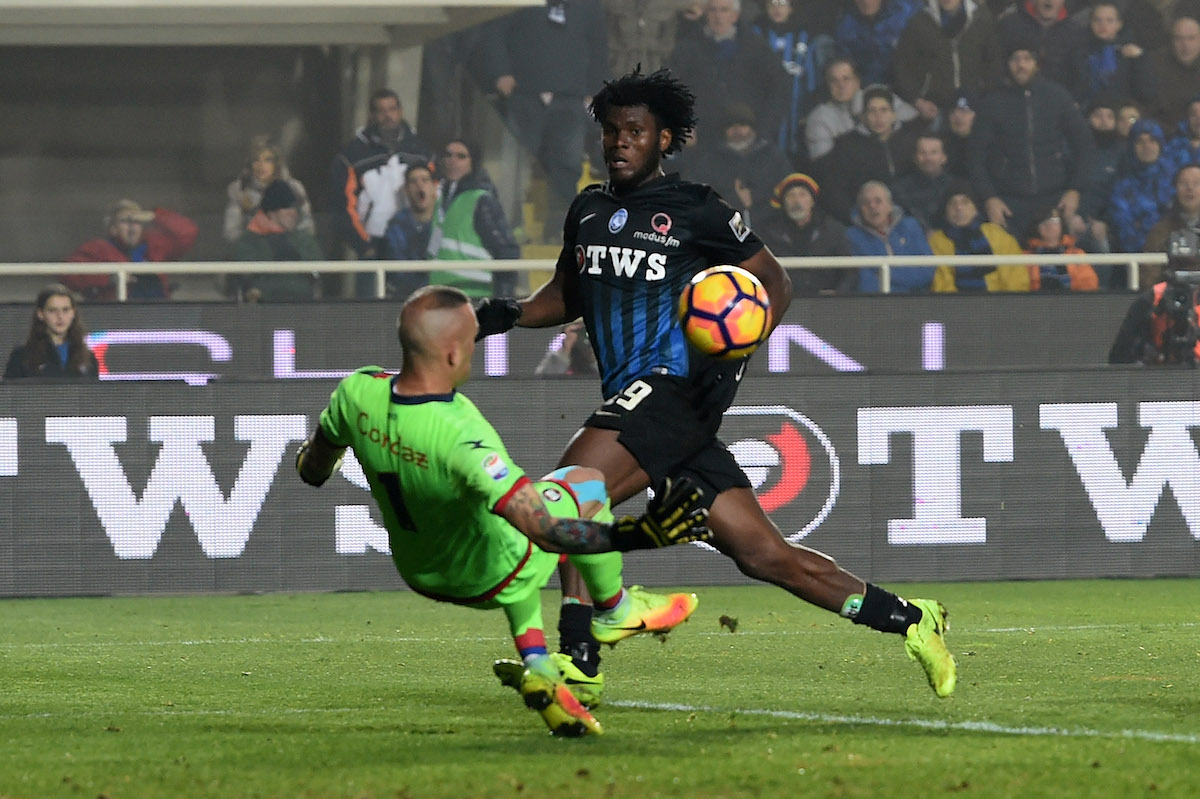 The 20-year-old has taken Serie A by storm, as have his club who currently sit in fifth position level on points with Inter Milan. He has six league goals as well as one assist. The robust midfielder averages 1.4 tackles and 1.3 interceptions. He wins 1 aerial duel per 90 minutes and attempts 46.2 passes, of which he completes 84.2 per cent.

He's been dubbed the new Patrick Vieira, the new Yaya Touré and the new Michael Essien. All of which are huge compliments, but Kessie is an evolution.

His potential is scary and in the hands of Klopp he could be quite the weapon. The Reds would have a fight on their hands to secure such a signing but it would be quite the coup if they managed to land him ahead of the aforementioned teams. 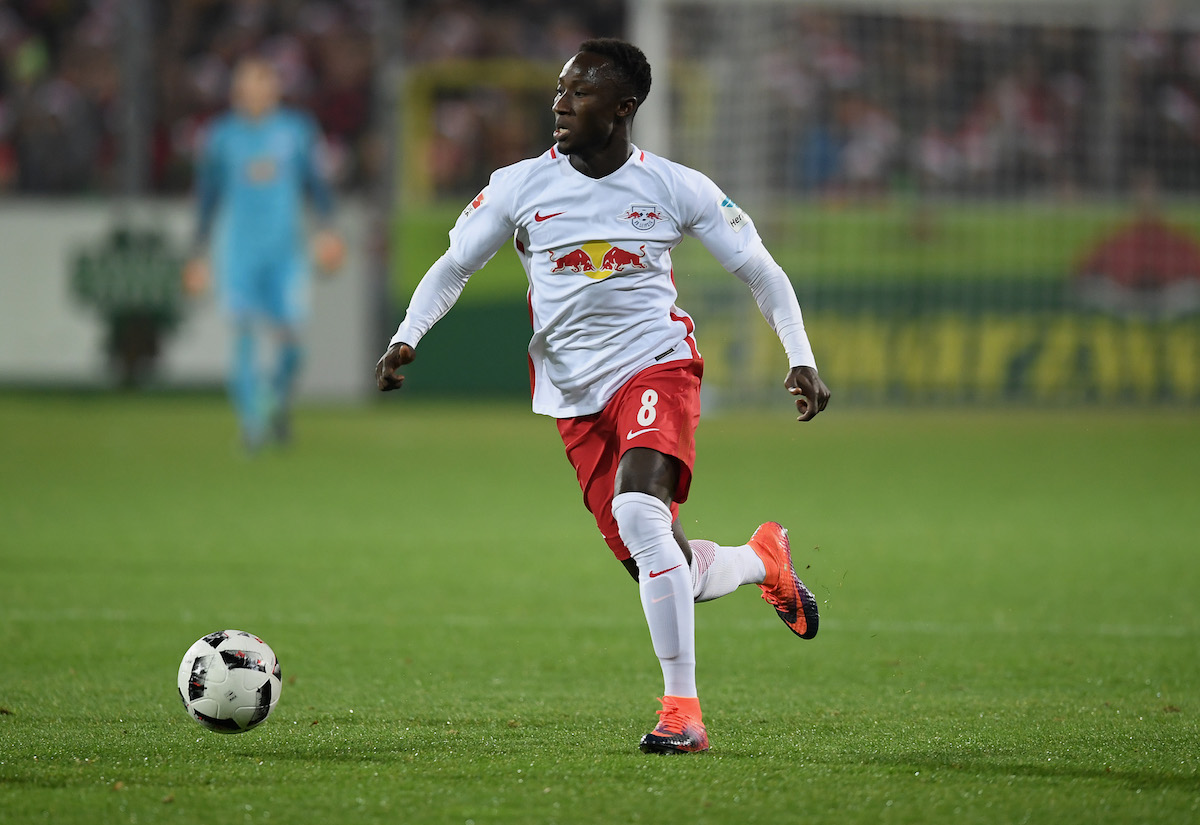 NABY KEITA IS ALSO ONE LIVERPOOL FANS SHOULD KEEP AN EYE ON. HERE'S A LOOK AT HIM AND FOUR OTHER SIGNINGS THE REDS COULD MAKE THIS SUMMER.