The list of clubs Roy Hodgson has managed reads like a verse from the track, Ramblin’ Man, by English electronic duo Lemon Jelly. What must surely be the final club on this journey, Crystal Palace, sees the Croydon-born wanderer return home.

Hodgson is English football’s family friend. Some members he’s visited don’t like him, others are grateful for his contributions, while some still haven’t worked him out, even though he’s now 70 years old. Although he took a long holiday in Scandinavia in the seventies and eighties, and they loved him there.

His managerial career began at Halmstad in Sweden, where he laid down the roots of his style which has grown pretty much in a straight line ever since. Or, more accurately, three straight lines.

Hodgson was one of the key figures in a school of English coaching influenced by the writings of Allen Wade.

“Alf Ramsey led his wingless wonders to the World Cup and Allen Wade sat down to start writing the FA Guide to Training and Coaching, a book that, published the following year, became a bible to a generations of coaches.”

Hodgson was one such coach, along with Dave Sexton, Bobby Houghton, and Don Howe, who learnt these methods and applied them wherever he went. They encouraged the coaching of a team into one functional unit, as opposed to a group of individuals with their own instructions.

It was its own version of total football, which encouraged zonal marking, counter-attacking via long balls, and the use of a mixture of possession and defensive organisation to control games on both sides of the ball.

Though he’s never won a trophy in the country of his birth, Hodgson is one of English football’s most decorated managers. Most of this success came in Sweden where he won numerous titles with Halmstad and Malmo, but he also reached UEFA Cup (Europa League) finals with Internazionale and Fulham.

His time at Fulham took them from the relegation zone to the aforementioned Europa League final which they lost 2-1 against Atlético Madrid.

“Every day is geared towards team shape, and it shows,” said Simon Davies, who worked under Hodgson at Fulham.

“We would have a little laugh about it now and again, but when he came to Fulham we were fighting relegation. His management style took us to a Europa League final, so you take it.

“He gets the 11 that he wants for a match and drills everything in that he wants. It’s defensive drills and certain attacking drills – with no diagrams. It’s all on the pitch with the ball.”

At the 2016 European Championships, Hodgson experimented with a 4-3-3 formation, which saw England fail miserably, finishing runners up in the group and exiting the tournament at the hands of Iceland in the first knockout round.

There was still an outing for the 4-4-2 though, against Slovakia, and the screenshot below shows how straight the two lines are in defence, with left back Ryan Bertrand just off the shot in the bottom right corner. 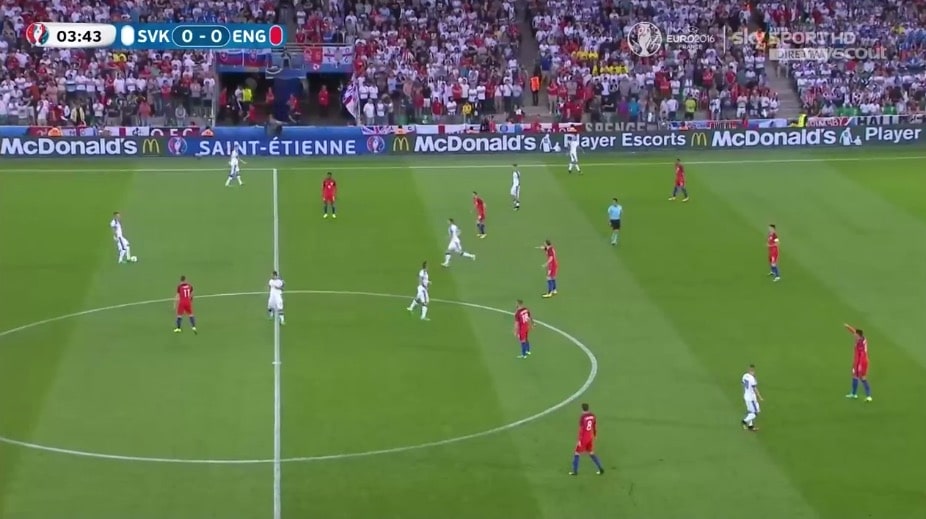 The question now is, how will Hodgson approach the Crystal Palace job. Will he stick with the 4-3-3 which worked so well for Frank de Boer in the previous game, despite the loss, or will he immediately go to his tried and tested method?

A lot may depend on the absence of Wilfried Zaha. If the Ivorian was available for selection then he could be the ideal foil for Christian Benteke up front in a wide forward role, but as it stands the 4-3-3 might make sense for now until the two banks of four are fully drilled. 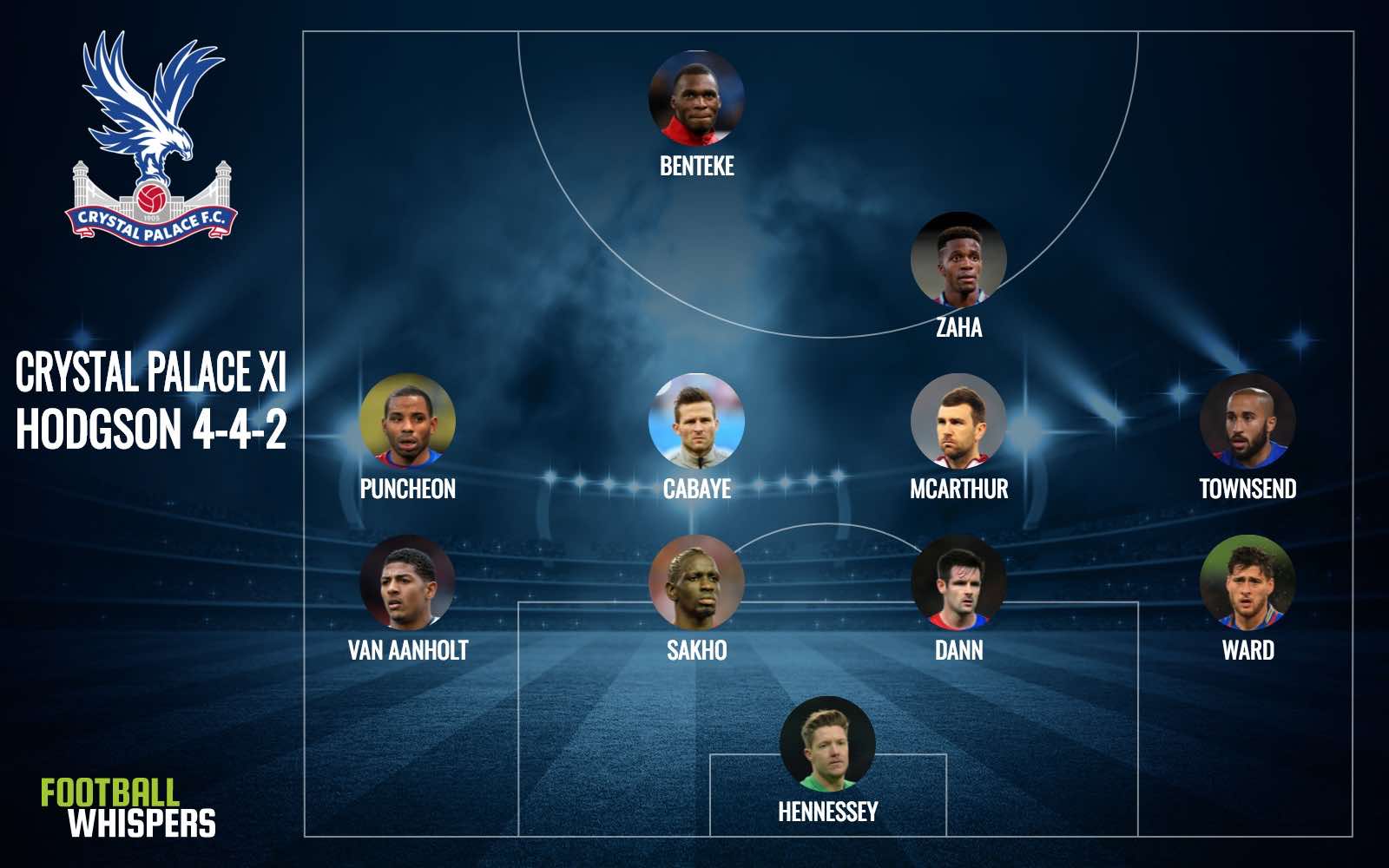 There are a number of options available throughout the squad, but if a 4-4-2 is eventually used it will be interesting to see which players are used in the wide roles. There are several options in midfield including those who can play the defensive midfield role, and others who can operate in more create or attacking central positions.

In defence Mamadou Sakho could be key if Hodgson plays a high line, and getting the defender into the side sooner rather than later with give the new manager an instant new signing and an improvement on what De Boer had.

The club’s first game under their new boss will be televised this Saturday at midday when they face Southampton, another club who are currently adapting to the ways of their own new manager, Mauricio Pellegrino.