4 winners and 4 losers of the Champions League group stages

Once again, the Champions League group stages had just about everything; drama, tension and plenty of goals.

Europe’s top teams battled it out for a spot in the knockout stages, and it’s fair to say some clubs fared much better than others. But who were the winners and losers of the 2022/23 Champions League group stages? 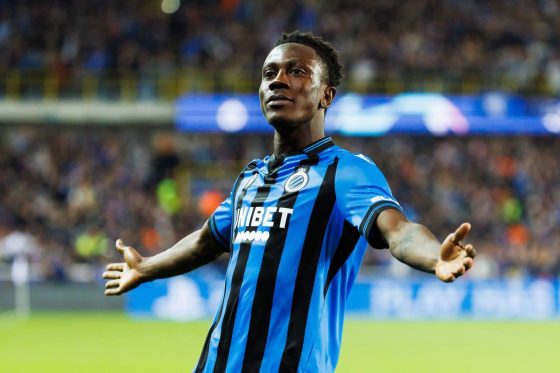 Club Brugge may not have secured top spot in Group B in the end, but they more than held their own in a very tricky group alongside Porto, Bayer Leverkusen and Atletico Madrid.

Most were expecting the Belgian outfit to finish rock bottom, but instead they kept four clean sheets from their first four games to qualify from the Champions League group stages for the first time ever.

The Belgians undoubtedly took their foot off the gas on matchday five with a 4-0 defeat to Porto, but a final draw away to Leverkusen saw Simon Mignolet and Co. keep yet another clean sheet, with the club finishing second in Group B.

Benfica likewise surpassed all expectations in Group H of the Champions League, with the Portuguese outfit giving it their all from the very start in a hugely challenging group involving PSG, Juventus and Maccabi Haifa.

They made an immediate statement with two wins from two, before securing back-to-back 1-1 draws with PSG. Another win against Juventus followed, with Benfica finishing in style by thrashing Maccabi Haifa 6-1. Only Mohamed Salah (7) and Kylian Mbappe (7) scored more goals in the group stages than Benfica forwards Goncalo Ramos and Rafa Silva, who both managed five.

Incredibly, that final day victory miraculously secured top spot in the group, with Benfica edging past PSG on goals scored away from home after both sides finished with the exact same record from their six matches.

Thrown into the pot with 2021/22 finalists Liverpool, Ajax and Rangers, Napoli would have done well to settle for a spot in second place, with the Reds expected to top Group A.

But the Italians simply blew everyone away, beginning with a 4-1 rout over Jurgen Klopp’s men. An unbeaten run was on the cards right up to the 85th minute in the very last game, but Mohamed Salah ensured the Reds enacted at least some form of revenge for that opening night horror show.

Despite falling at the final hurdle against Liverpool at Anfield, top spot was already secured, with Napoli now looking forward to what comes next in the Champions League knockout stages. They ended the group stages as the top scoring club with 20 goals.

Always a very strong side in Europe, Bayern Munich also had to navigate a difficult group in 22/23. The Germans were drawn alongside Inter Milan, Barcelona and Viktoria Plzen in Group C.

But for the second year running, the Bundesliga side swept through the opposition and won all six of their matches. It wasn’t exactly the same as last season’s 22 goals scored and three conceded, but they won’t be complaining with 18 goals and just two conceded this time around.

The Germans will most definitely be the team to avoid in the knockout stages, with Julian Nagelsmann’s side now in full flow in the Champions League once again.

Avid supporters of the proposed European Super League, Barcelona were perhaps sweating it out as soon as the groups were drawn. The Spanish side were forced to meet Bayern Munich, Inter and Viktoria Plzen in Group C.

They would have at least been expecting to challenge the Germans and the Italians for a spot in the knockout stages, but early losses to both – along with other results – meant Xavi’s side were dumped out of the Champions League group stage for the second season running.

The Catalan outfit won just two of their six matches, scoring 12 goals and conceding 12 along the way. Fortunately it was enough to stay in Europe, with Barcelona heading into the Europa League. 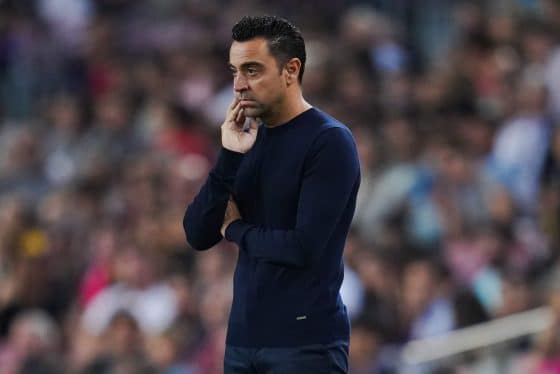 Again, a big fan of the proposed European Super League, but Juventus couldn’t live up to its reputation. A 4-3 defeat to Benfica on Matchday 5 saw the Old Lady eliminated from the group stages with a game to spare.

The Italian side also found themselves in a challenging group alongside PSG, Benfica and Maccabi Haifa. But the Serie A side were undoubtedly confident of at least a spot in second, which of course was not the case.

In a very miserable Champions League campaign, Juventus won just one of their six matches, only just managing to squeeze ahead of Maccabi Haifa for a spot in the Europa League.

Another Spanish side who will not be looking back on the 2022/23 Champions League campaign fondly are Atletico Madrid. In a hugely disappointing group stage, the Spaniards sank to the very bottom of Group B.

The Madrid-based side would have been quietly confident before a ball was kicked in the Champions League, facing off against Club Brugge, Bayer Leverkusen and Porto. But they managed just one win from their six matches, drawing twice and losing three times. A once rock-solid defence conceded nine goals, the worst record in Group B.

The last-place finish means Diego Simeone’s men will not even be competing in this season’s Europa League, with the only saving grace being the boss can now focus solely on domestic football.

Scottish side Rangers were, of course, not expecting a whole lot from their Champions League group. European heavyweights Liverpool were drawn alongside them in Group A, as well as the talented sides of Napoli and Ajax.

But fans of the team and indeed the entire squad and coaching staff would be lying if they said they didn’t think at least a couple of points would be on the cards. This sadly was not the case, with Rangers losing all six matches to finish rock bottom.

What’s worse, however, is the fact that the Scottish outfit have now been handed the tag of the worst-ever team in Champions League group stage history. This comes about thanks to their zero points and -20 goal difference, with Rangers scoring just twice and conceding 22 times. 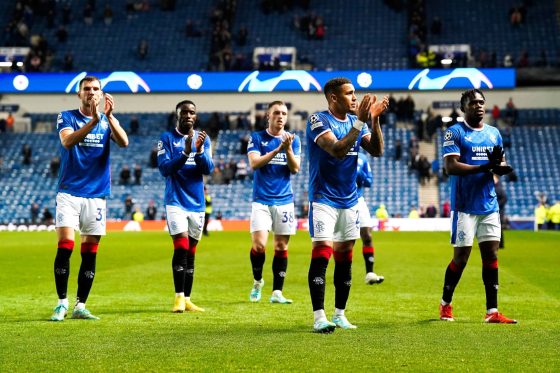