Manchester United attack when he joined the Red Devils in 2017. Yet two seasons later it appears the 25-year-old is eager to leave Old Trafford.

According to reports in Italy, the Belgium international wants to join Inter and is even prepared to take a pay cut to help push through a move to the San Siro.

The Nerazzurri see him as the replacement for wantaway forward Mauro Icardi and in the past, United probably would've made a move to bring the Argentine to the Premier League.

But the reported transfer wishlist, which includes Daniel James, Sean Longstaff and Aaron Wan-Bissaka, suggests Ole Gunnar Solskjær and the recruitment team aren't interested in reputation and instead want players who will play for the shirt, not themselves.

While Lukaku has seemingly struggled to kick on and develop into the main man since the move to Old Trafford, he's still had an impact. In fact, his performances have perhaps been underrated. 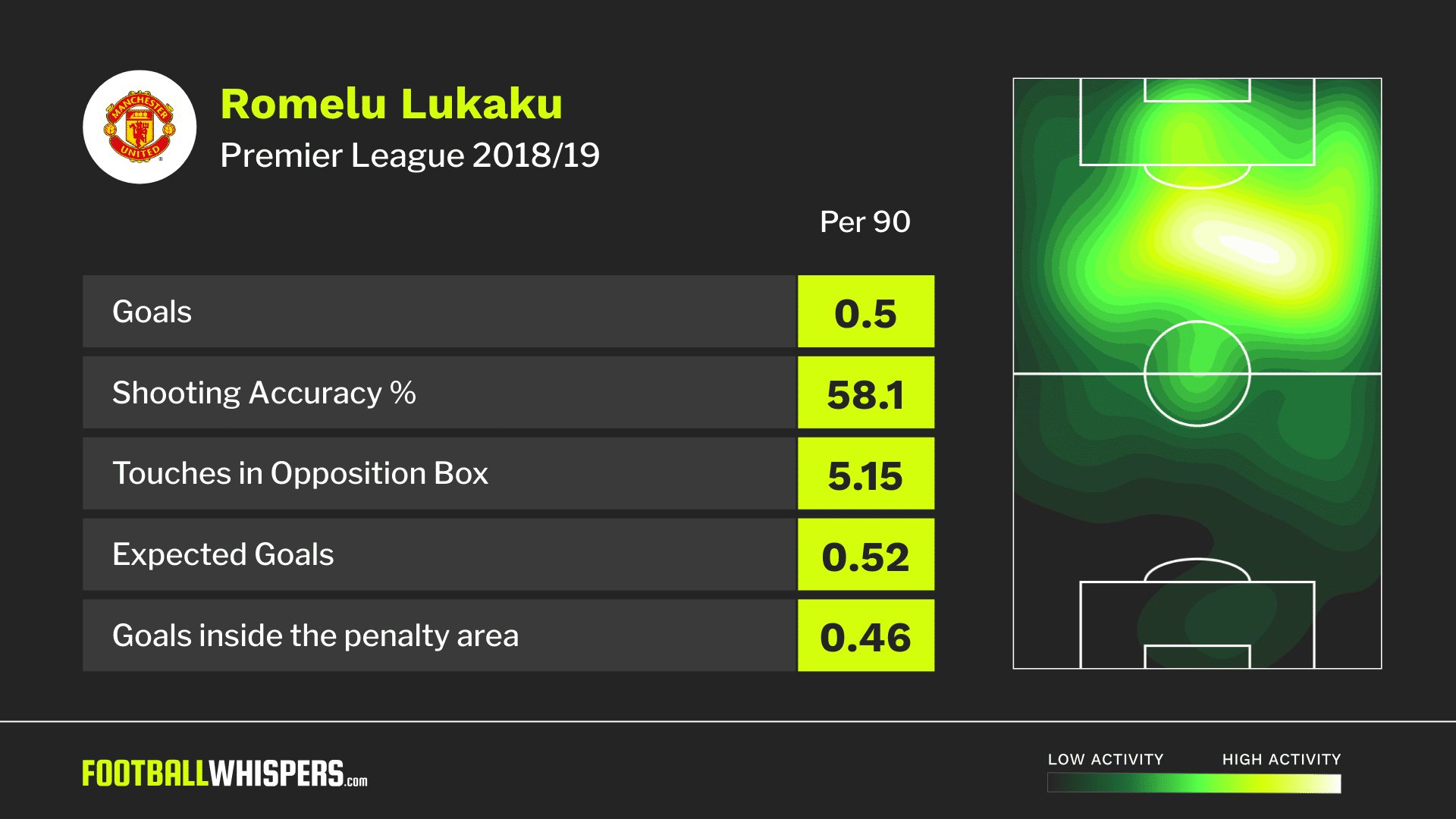 He made just 22 starts in the Premier League during the 2018/19 campaign, a drop off from the 33 he managed during his debut season with the Red Devils. Yet despite the lack of playing time, Lukaku averaged 0.5 goals per 90 – 0.12 more than Marcus Rashford.

His output was sustainable, too. His expected goals per 90 average came in at 0.52, while 0.46 of his goals came from inside the penalty area. It's even more impressive when you consider his role was tweaked mid-season, with Lukaku playing as part of a two-man attack and having to run the channels.

If United do lose the Belgian this summer, they'll need to make sure they replace him with a player of similar quality. It won't be easy but there are strikers out there who tick the boxes.

Here, we take a look at four of them. 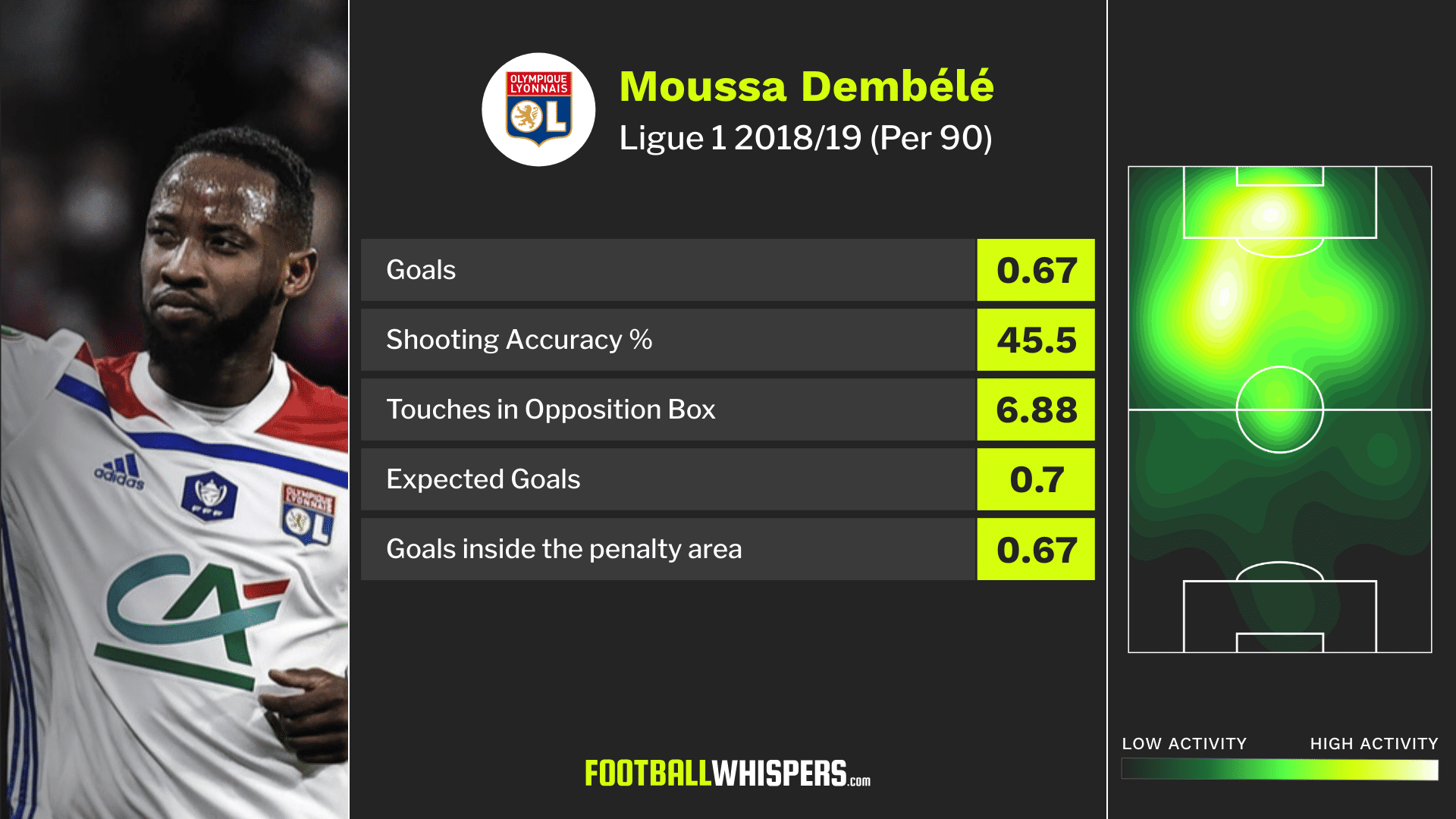 The former Celtic man was hot property during his first season at Parkhead. Chelsea were linked with a big money move for the Frenchman and Liverpool were tentatively linked at one stage, too. He finished his debut campaign in Scotland with 32 goals in 49 appearances.

He struggled to replicate that during 2017/18 with injuries having an impact on his performances. He found the back of the net on just 16 occasions and interest in him waned.

Lyon acted on deadline day to bring Dembélé back to France in a deal worth close to £20million. The club's new No.9 got off to a dream start, netting a double in his second start for the club. But he only managed a further four goals before the winter break.

Since the turn of the year, however, he's been in free-scoring form. He struck 14 times, including a last-minute winner in the derby against Saint-Étienne. United have recently been linked with a £40million move and it would be money well spent.

Dembélé's form is sustainable, with his expected goals average just 0.03 more than his actual goal output. He's also played in a two-man attack and could be a good foil for Rashford.

He's not as dominant physically as Lukaku, winning 1.7 fewer aerial duels but that might not be as much of an issue if United opt to change their style of play.

Milik was hyped as the next big thing during his days at Ajax and Napoli signed him to replace Gonzalo Higúain, who departed for Juventus in the summer of 2016.

Injuries hampered his first two campaigns in Italy but he’s returned to the starting XI with vengeance this season.

His record of 0.63 goals per 90 can only be bettered by four players in Serie A, one of which is Cristiano Ronaldo. What is more impressive, however, is the variety of goals he scored.

Milik has struck six of his 17 from outside the penalty area and of the 11 he’s managed inside the box, three have been headers. He’s averaged a 46.8 per cent shot accuracy this term, too.

Quite simply, it's difficult to stop him.

With just two years left on his contract and his stock as high as ever, Napoli may feel that now is the right time to cash in on a player they spent £30million on in the summer of 2016. 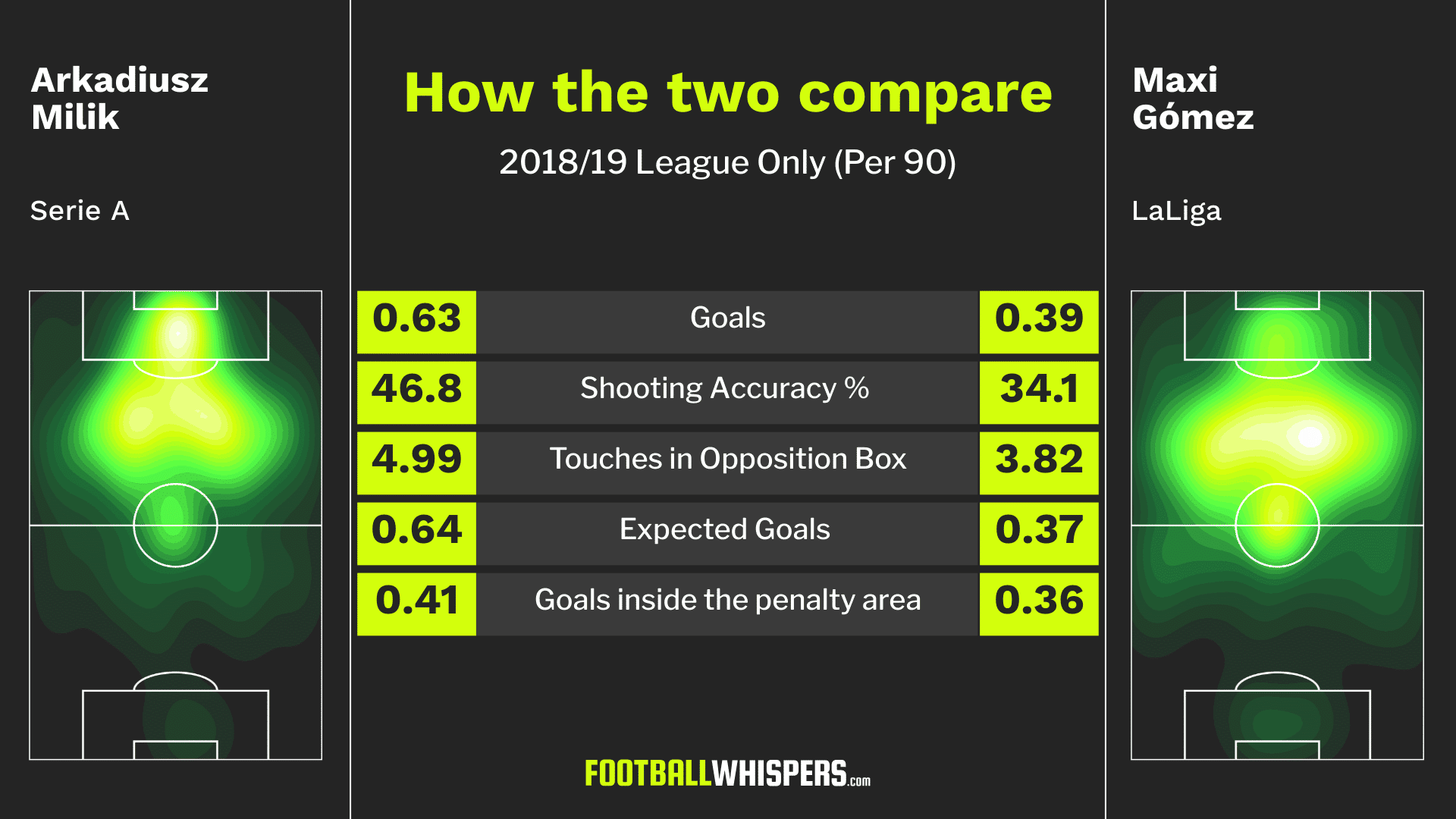 Linked with a move to the Premier League ever since he arrived in Spain during the summer of 2017, Gómez has a Luis Suárez feel to him.

He, like his Uruguayan compatriot, appears to be a relentless force upfront. The definition of a nuisance. Gómez is a goalscorer too, but the main man at Celta is former Liverpool forward Iago Aspas, so the 22-year-old is used to being selfless in order to bring others into the game, something he’d be expected to do at Old Trafford.

Gómez is far from the finished product but that isn’t to say Solskjær couldn’t shape him into an assassin in front of goal. If reports are to be believed, his release clause is just £45million.

He's more of a project than others on the list but his potential, and ability make him an intriguing prospect. 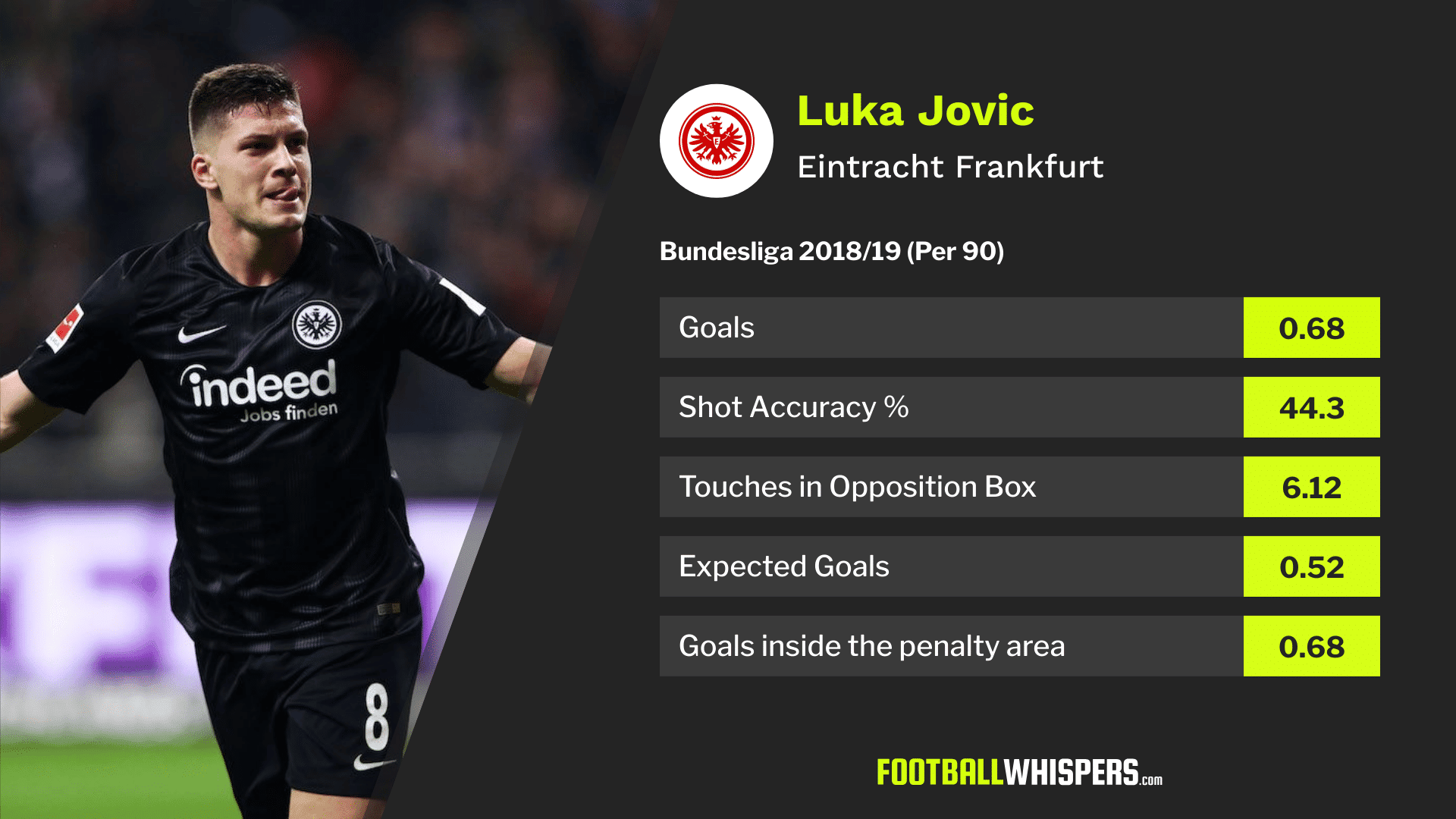 Reports in Spain claimed Jović was joining Real Madrid, but nothing is official yet and Los Blancos appear to have turned their attention the way of Eden Hazard and Paul Pogba.

The 21-year-old striker is expected to leave Eintracht Frankfurt this summer after clearing out his locker before heading off to the European Under-21 Championships. He's the real deal and any club who signs him is getting a leading man for the next decade.

Jović outperformed his expected goals total last season but all elite forwards tend to do that. And while his numbers paint the picture of a poacher, the striker has plenty more to offer any prospective buyer.

He runs the channels, drops deep, and is used to playing as part of a two-man attack. if United have the money, he should be their top target.