Leicester City couldn’t have asked for a much tougher start to their Premier League campaign. Starting off with a trip to face Arsenal, they then had to take on Manchester United, Chelsea and Liverpool within their opening six fixtures.

Underdogs in each of those games, they lost every single one. They had no trouble finding the net in those encounters, hitting six overall, but in clashes with newly promoted Huddersfield Town and fellow strugglers Bournemouth they were unable to find the goals needed to win.

The end result of all this is that, after seven games, Leicester lie outside the relegation zone on goal difference. They have just one win and five points to their name, and further slip-ups cannot be afforded.

Craig Shakespeare has kept faith the rough 4-4-2 shape that worked so well for the club during their shock Premier League title-winning campaign in 2015/16, but now – with the international break underway – may be the right time for him to consider possible alternatives.

Here we assess four systems Leicester could opt for and why they should break from their favoured formation.

After a strong start, Riyad Mahrez appears to have lost his form and motivation. His combination of inconsistency and ineffectiveness since the title win has been hugely frustrating to watch. Being left on the substitutes’ bench against Bournemouth was an indication of how far he has fallen of late.

Were Leicester to switch to a 3-5-2 system, however, they would have sound tactical reasoning not to field their out-of-form star. In a shape without natural wingers, the Algerian would not fit in. Instead the right flank would be patrolled by a wing-back, such as Danny Simpson or Marc Albrighton.

They flirted with this formation last season, but didn’t really have the personnel to pull it off successfully. Now, thanks to the summer additions of technically sound centre-backs in Harry Maguire and Aleksandar Dragovic, they do.

The new defensive pair have the ability to build possession out from the back, meaning they could take on the outside roles in a three. In front of them, a central midfield three would ensure numerical superiority in the centre, making them theoretically tougher to break down.

The 3-5-2 could make Leicester tougher to penetrate, leading to fewer goals conceded. And, as it allows them to retain their preferred strike duet, it would enable them to maintain their current direct, counter-attacking style of play. 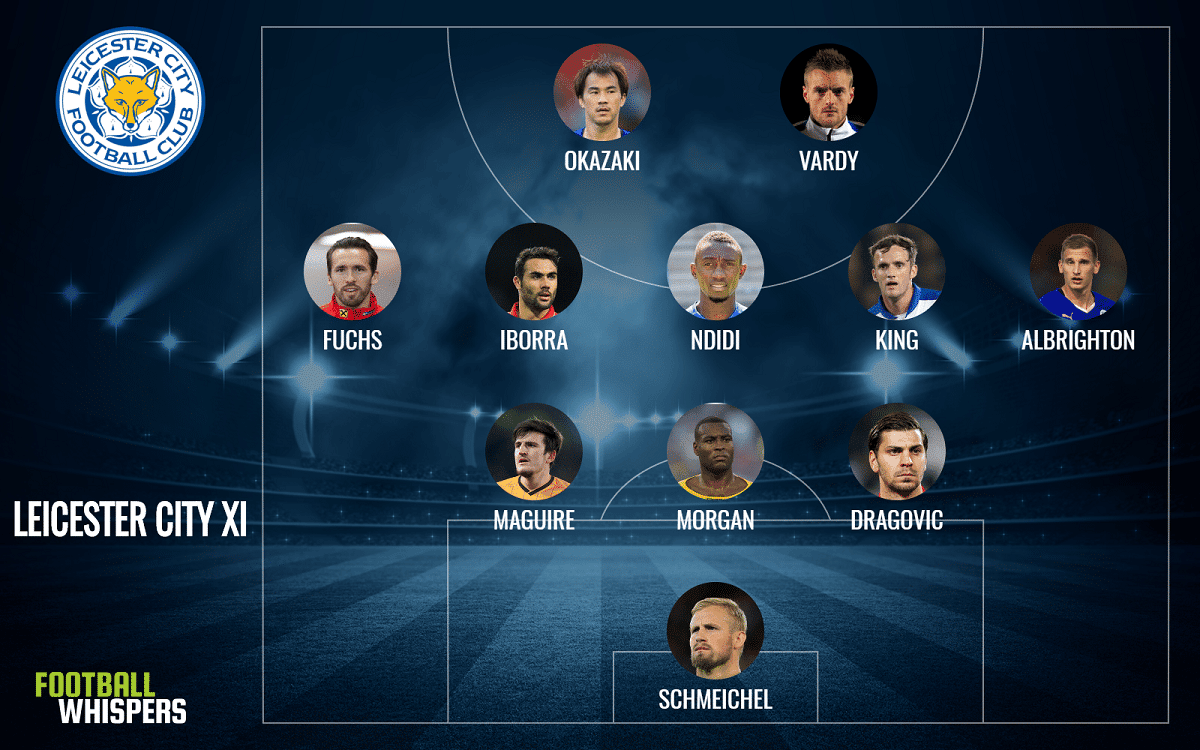 The 3-4-2-1 is the tactic du jour in the Premier League right now. Chelsea won the league with it last season, prompting copycats to spring up in Tottenham Hotspur, Arsenal and, most recently, Stoke City with varying degrees of success.

Fortunately, Leicester have the players to make the shape work. As discussed above, they now have the defenders to play a back three, while Abrighton and Christian Fuchs could control the flanks. Up front, Jamie Vardy’s pace would drag defences about, creating space for the inside forwards to thrive in.

This would allow Mahrez to take up a slightly more central position and benefit, just as Eden Hazard has at Chelsea, from the resulting reduction in defensive responsibilities and an increasingly influential role in attacks. With his touch and ingenuity, he could operate effectively in the right half-space.

The 26-year-old would play as one of two inside forwards, the other perhaps being Demarai Gray, who would get move between the opposition’s midfield and defensive lines. Their pace and skill would cause problems in these spaces – should a defender step up to mark them, they would only leave more space behind for Vardy to exploit. 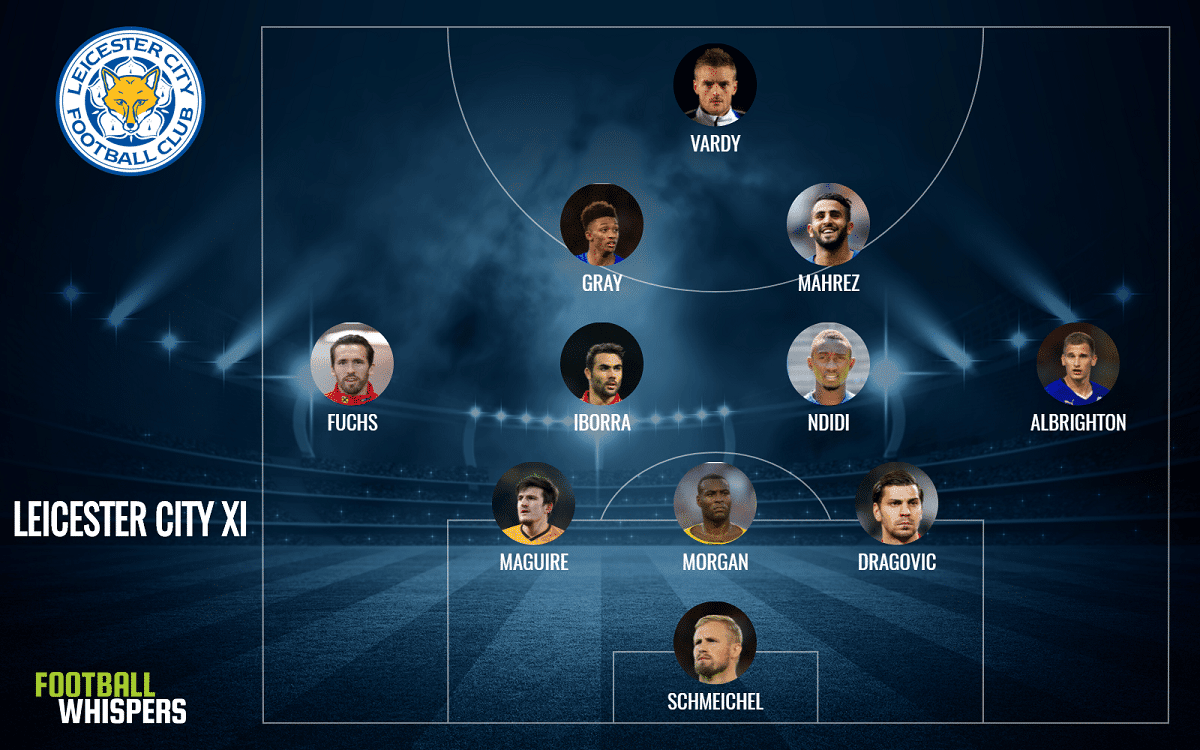 With Danny Drinkwater gone and Adrien Silva temporarily unavailable, one of Leicester’s biggest issues is a lack of quality central midfielders.

Apart from Wilfred Ndidi, who is one of the most effective ball-winning midfielders in the league, they have few options in this area.

Consequently, Matty James and Andy King have often been tasked with playing in a two-man central midfield partnership, though neither are seen as ideal long-term choices.

The solution, for the time being at least, may therefore be to take a quantitative approach to a qualitative inferiority.

In short, Leicester could decide to counter their shortfall by going for a three-man central midfield. Ndidi could play a more defensive role, joined by one of King or James and Vicente Iborra, who is now back from injury.

The extra man in the middle could free up Mahrez and Gray or Albrighton on each flank, allowing them to play with greater creative license.

This would lead to a 4-3-3 setup that isn’t a drastic departure from their existing system of choice. 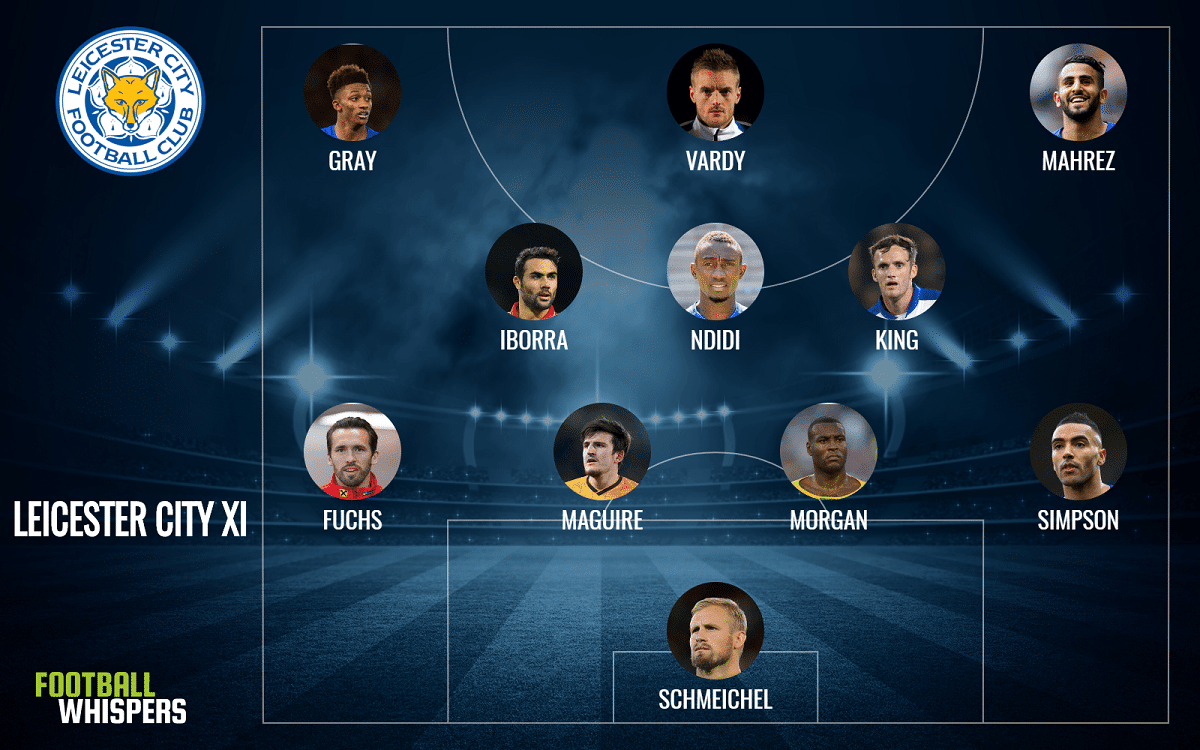 Leicester could stick with a 4-4-2 while varying the shape of their midfield. This would prevent them from having to change their defensive line while at the same time getting better support to their strike duo.

Vardy and Okazaki both have good shot conversion rates this season; the former’s is 33 per cent, while the latter’s is 37 per cent. The problem behind their inability to score isn’t a lack of clinical touch, but a lack of quality supply.

Mahrez’s downturn in form is part of this problem, but the Algerian could be resurrected in a No.10 role atop a midfield diamond.

With three central midfielders supporting him and providing defensive protection, he would be able to move freely between the lines, taking up spaces to ensure forward passing lanes through opposition pressure.

His nimble footwork and technique mean he is able to control and dribble even when marked tightly, so he wouldn’t have too much difficulty adjusting to playing in a more crowded area of the pitch.

In addition, his presence as a linkman should aid Leicester in progressing attacks into the final third. 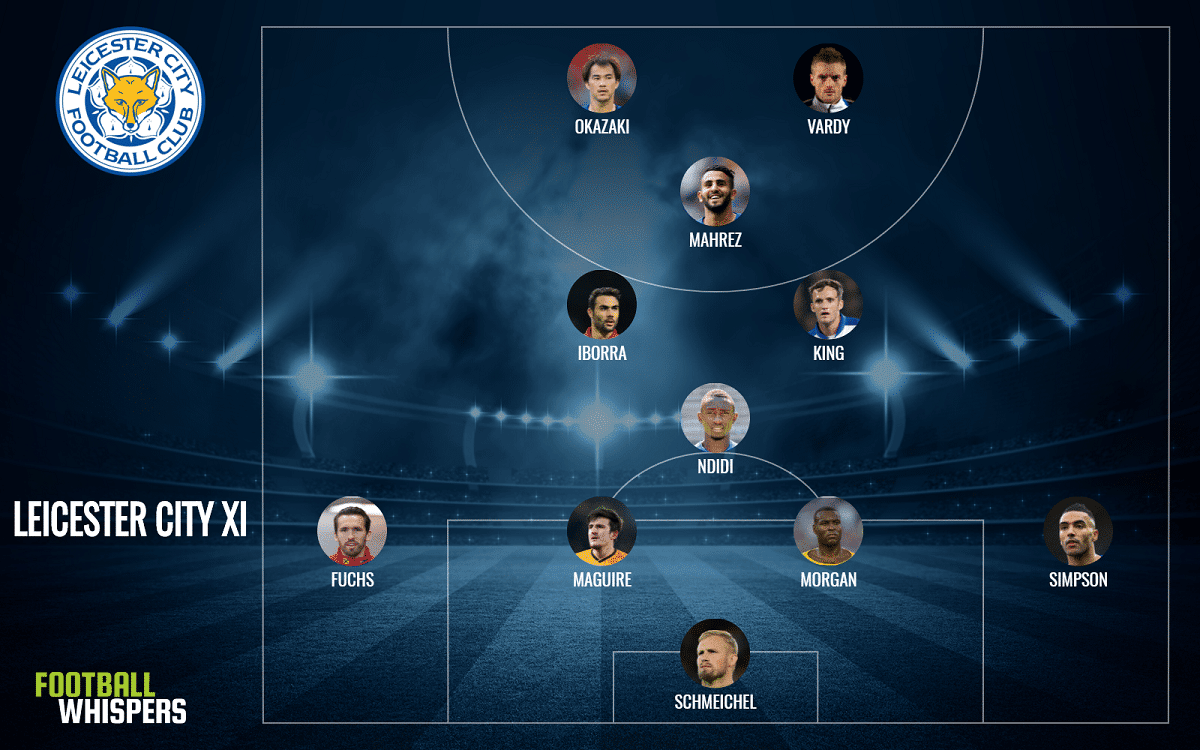