Tottenham Hotspur are one of the most intelligently run clubs in the Premier League today. With a clear style of play and a long-term outlook, they stand in contrast to the constant change and extravagance seen in many of their domestic rivals.

When it comes to signing players, they tend to do things a little differently. This is shown in the fact that, this summer, they are the only member of last season’s top six to have turned a profit in the transfer market thus far.

Thanks to the departure of Kyle Walker and other fringe players, Tottenham are on an even stronger financial footing than they were prior to the window’s opening in June. However, they do need to reinforce some key areas if they are to challenge at home and abroad come 2017/18.

Perhaps the most obvious position in need of strengthening is centre-forward. As it stands, Mauricio Pochettino is heavily reliant on Harry Kane in this role, with Vincent Janssen having struggled to make an impact during his debut season in English football.

Can Spurs Compete In The Transfer Market? | FWTV by FootballWhispers

Tottenham are in need of a striker who will accept playing second fiddle while at the same time adding value to the team whenever they are rotated in. It’s a tricky assignment, but there are several viable options worth considering. Here, Football Whispers assess four of the best.

Last season was Bacca’s least productive – at least purely in terms of goals scored – since he moved to European football. The Colombian hit 13 goals for AC Milan in league action, his worst tally for a full campaign since he left his home country.

In truth, the player has failed to live up to expectations since moving to Italy, where meticulously cohesive defences have stultified him and his team-mates have failed to supply him adequately at all times. However, he could enjoy the extra space granted in the Premier League.

His shot accuracy remains high at 76 per cent, which was four per cent higher than that achieved by Kane last term. He’s a clinical finisher with intelligent movement, traits that would be fully utilised by Dele Alli and Christian Eriksen.

On top of that, at 30 years of age and with his starting spot at Milan under serious threat, Bacca would probably be open to lying behind Kane in the striking pecking order were he to join Tottenham.

Throughout his career, Llorente has shone away from the limelight. While a Spanish international who enjoyed one excellent season with Juventus, his best scoring records have come with Athletic Bilbao and Swansea City, where he currently resides.

However, rumours persist that he is a Chelsea transfer target, with the Premier League champions keen to offer the target man another shot at the very highest level. At 32 years of age, the speculation is a testament to the player’s longevity. 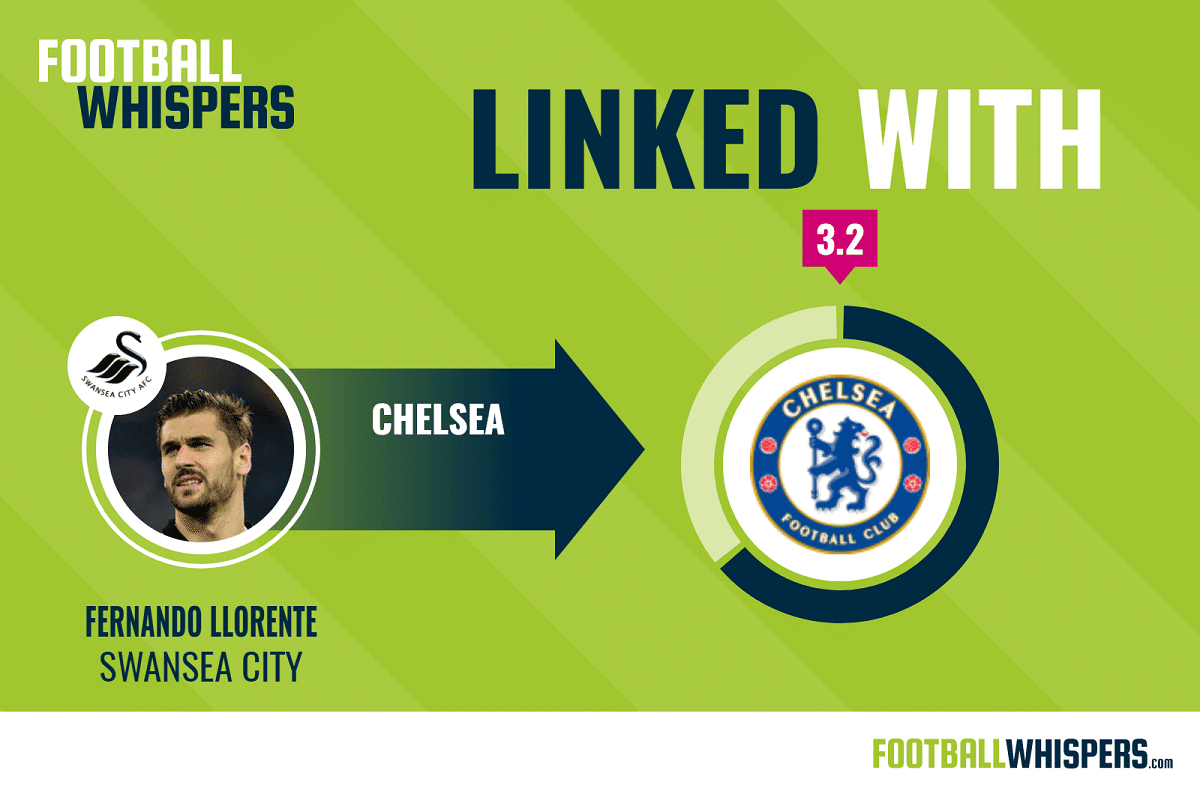 Tottenham would be wise to compete with their city rivals for Llorente’s signature. Last term, the experienced hitman’s shot accuracy was above that achieved by Janssen, while he also won comparatively more of his aerial duels and contributed more key passes per game.

The veteran Spaniard would be an exceptional, albeit short-term, back-up to Kane. He’d bring with him a wealth of experience and, in the latter stages of his career, he’d also be understanding of his place within the squad.

His scoring record may not strike fear into opposition defences, but the sight of Petagna on a pitch is something to behold. Standing at 6-foot3-inchs, he’s a tall, bullish centre-forward with the proportions of an uncompromising central defender. However, he also possesses the silky touch and vision of a creator.

His five goals in 34 Serie A games last season belied a strong, technically gifted line-leader. And his considerable all-round qualities earned recognition in the form of a cap for Italy earlier this year. At 22 years of age, he looks to have a big future, and he’d suit Tottenham.

Last term, Petagna had a higher pass success percentage and made more key passes per game than Kane. He also completed comparatively more take-ons, and did so with a higher rate of success. His barrelling runs, intelligent positioning, hold-up and combination play would make him an ideal alternate to Spurs’ first-choice finisher.

In addition, the Atalanta man is not so big a name as to expect immediate minutes were he to join a club with the size and ambition of Tottenham. As a result, he’d likely be happy to watch, learn and grow while acting as a back-up.

At the age of 26, Zapata is a bit of a late bloomer. It wasn’t until last season that he truly began to fulfil his early potential, showing the traits that persuaded Napoli to sign him back in 2013. He led the line well for Udinese, starting every league game and scoring 10 goals in the process.

His form led to reported interest from the likes of Everton, while more recently Torino have been linked with a move for the Colombian. But Tottenham, especially if they want a striker who brings something slightly different to the front line, should be monitoring the forceful forward.

Zapata’s game is built upon his immense physicality. He has impressive power which enables him to simply run through defences, while he is also outstanding in the air. Indeed, he won 1.71 aerial duels per game last term compared to Kane’s 1.3.

In addition, he won 56 per cent of his take-ons – six per cent higher than Kane – attempted more shots per game than any other candidate on this list, and contributed just under one key pass on average.

He wouldn’t be the most sophisticated option out there, but Zapata would give Pochettino a completely different outlet up front, something that could prove particularly dangerous from the bench if and when a chance in approach is necessary.