Celtic are set for a busy summer in the transfer market. Odsonne Édouard is expected to make his loan move to Parkhead permanent soon and January signing Lewis Morgan should be a part of the first team squad next season.

As far as certainties go, these are almost guaranteed.

Hoops boss Brendan Rodgers is also rumoured to be interested in signing a centre-back to cover for Dedryck Boyata. The Belgian defender is on international duty and is expected to miss the Champions League qualifiers.

It’s not naive to suggest that the Scottish champions will be in the market for a wide forward, either. Patrick Roberts, who spent last season on loan with the club, is a Leicester City transfer target and it’s unlikely that Celtic will be able to match what the 2015/16 Premier League winners can offer.

The on-loan Manchester City winger failed to light up Paradise last season. Injuries and the form of James Forrest saw him spend more time off of the pitch than on it. There’s even an argument to be made that the Bhoys don’t need to replace the 21-year-old, what with Morgan arriving and Ryan Christie returning from his loan with Aberdeen.

While both are talented individuals, they’re in the same boat. They need minutes to develop and there’s a feeling that Parkhead might not be big enough for the both of them. There’s nothing wrong with having a project and a wildcard but Celtic also need someone who can have an impact now.

Granted, a new signing might need time to adapt but if they have the experience already then they’ll be of more use to Rodgers.

With this in mind, we’ve taken a look at four attackers Celtic could target this summer to replace the departing Roberts.

The fact his twin brother got his big money move to the Premier League last summer with Newcastle United didn't distract Josh last season. The Norwich City flyer finished the Championship season with ten goal involvements, three of which were assists.

In terms of Championship attackers, he was in the top 20 for touches in the opposition's penalty area (5.76) and successful dribbles (2.53) as well as being in the top ten for total shots per 90 minutes (3.5) 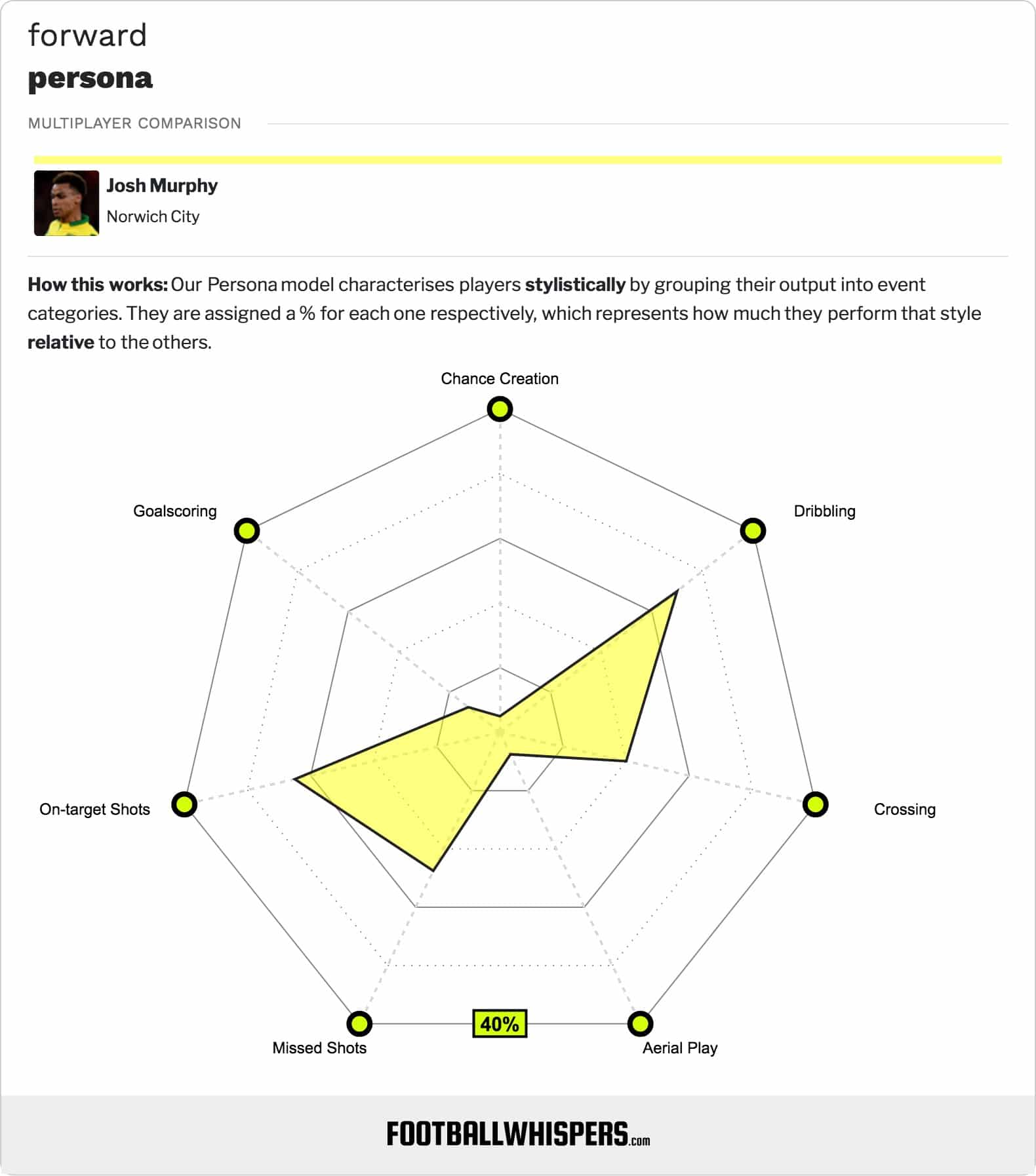 The persona radar above, exclusive to Football Whispers, shows the categories by which he can be characterised. Though he's not a natural goalscorer, there's a bit of Raheem Sterling about him whereby he becomes a reliable goal threat who relies on volume. It's not a problem so long as the team he's part of is creating chances for him – Celtic would do that.

He won't be cheap, he has a contract at Carrow Road until 2021, but he could be viewed as a long-term investment. If he impresses in Scotland, English clubs will pay big money to sign a homegrown player.

Liverpool fans have wanted Wilson to be given an opportunity for a number of years now but it's just not happened; not yet anyway. After impressing for the under-23 side he was loaned out to Hull City in the January transfer window. The Tigers were struggling at the time but his arrival sparked a revival and they ended up finishing in 18th position. 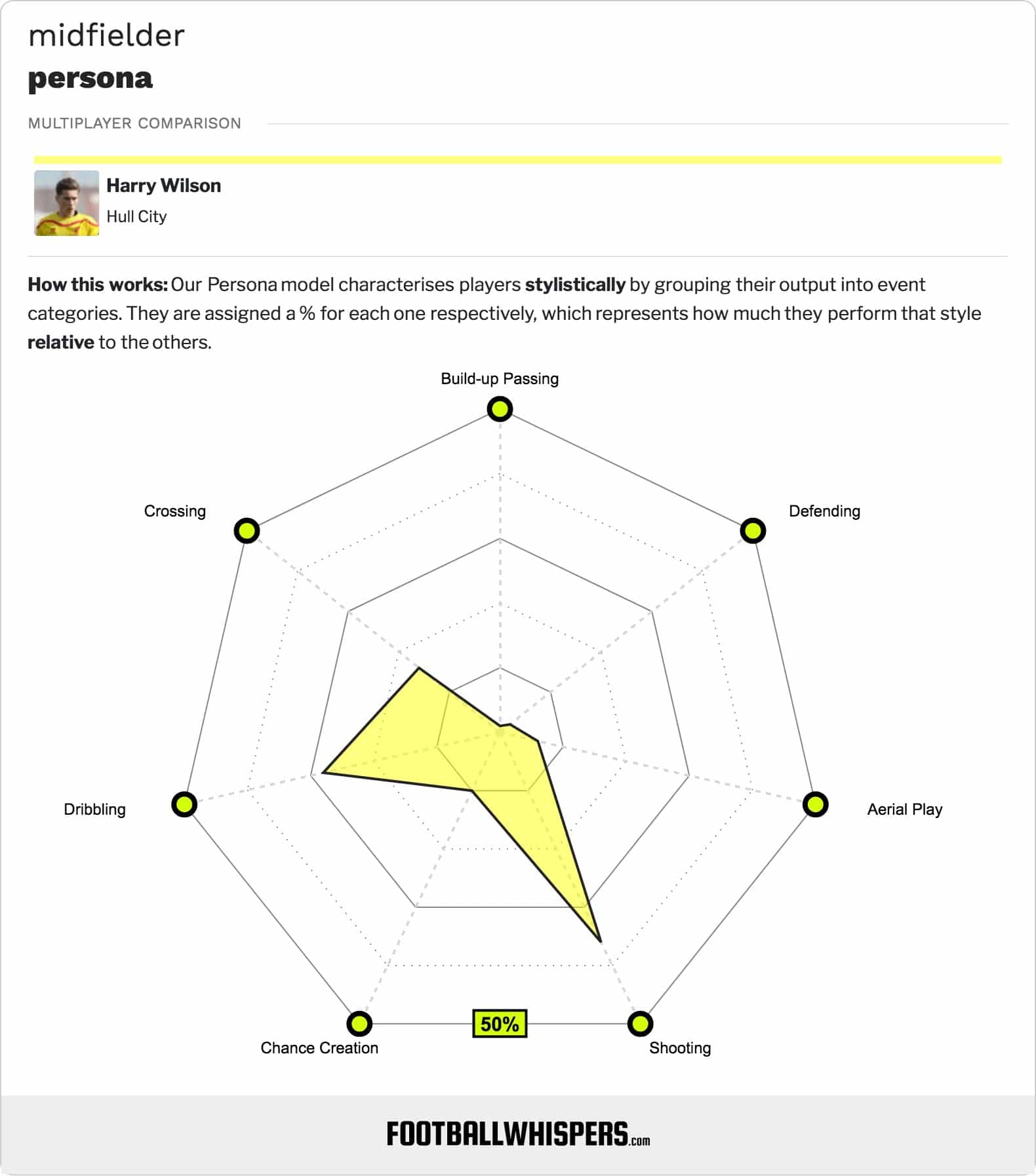 The Wales international was involved in ten goals in just 11 starts and his addition proved decisive in Hull navigating their way to safety. In the 46 matches over the Championship season they 70 goals – 1.52 per 90 minutes. In the 11 matches Wilson started, they scored the equivalent of 2.1 goals per 90 minutes.

The 21-year-old also managed to finish the campaign having landed 50 per cent of his efforts on target. With such accuracy, it's no wonder he was finding the back of the net with such regularity.

A loan spell might be on the cards for him once again for the 2018/19 campaign.

Kuwas is the wildcard on the list. The Heracles attacker caught the eye during the 2017/18 season, grabbing 13 assists in the Eredivisie and netting five goals. He might not take Celtic to the next level but there's a chance that he supplements those already at Parkhead due to his versatility.

The 25-year-old can play anywhere across the forward line and is something of a creative whirlwind. Only one player bettered his 0.46 assists per 90 and he ranked in the top ten for open play key passes (1.83) and set play key passes (1.11) while making it into the top five for successful dribbles (1.96). He's the man to supply the forward line and is unlikely to break the bank.

Touted as the next big thing, Ødegaard has failed to live up to the hype since moving to Real Madrid and spent time on loan with SC Heerenveen. There, his performances were hit and miss but he's still only 19 years old and it's clear he has an abundance of potential. 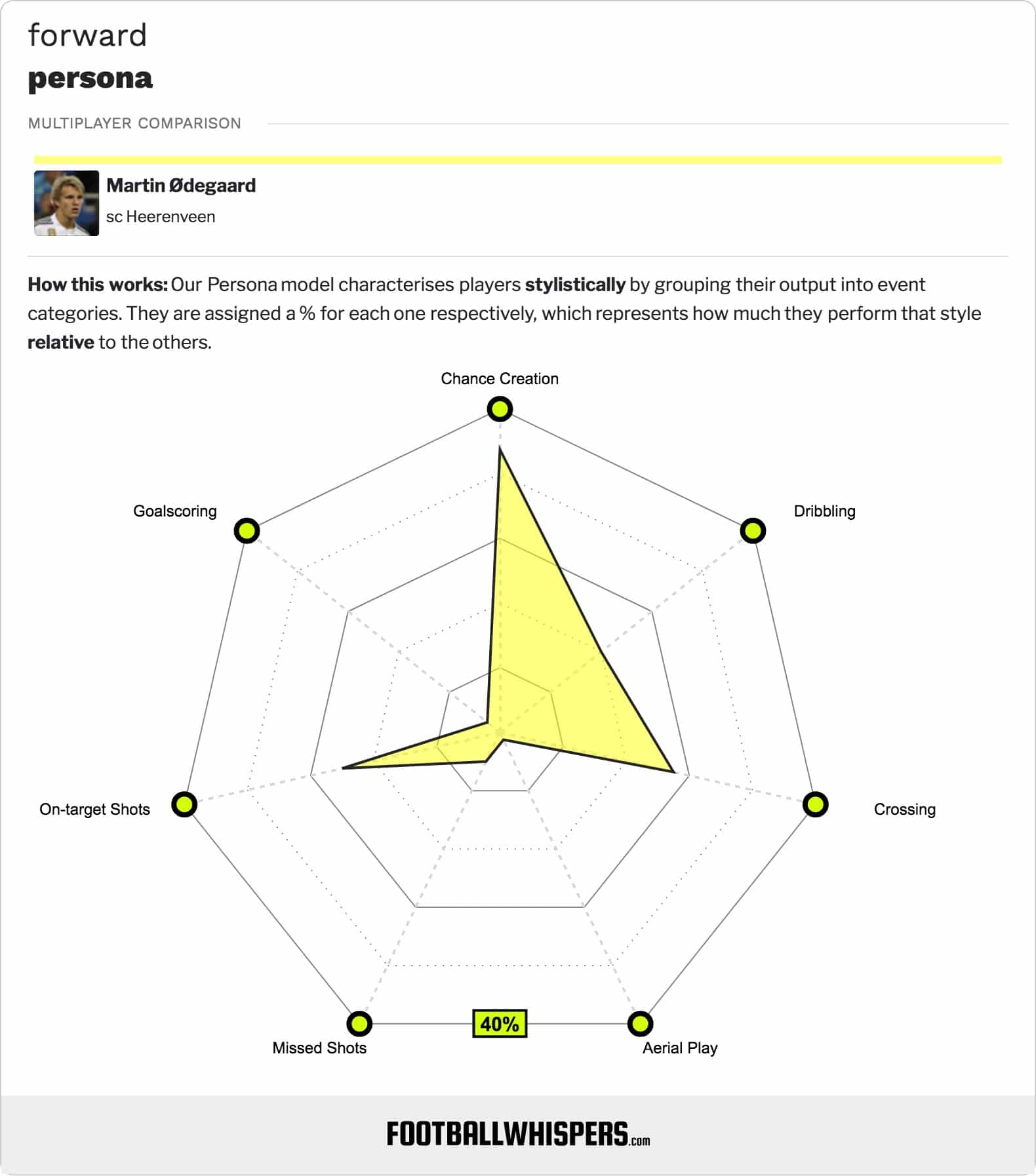 If Rodgers was able to harness that then there's no reason he couldn't be polished into a gem. He was the man tasked with pulling the strings for the club in the Eredivisie and could do the same for Celtic. His persona radar paints a picture of a player who is more of a creator than a finisher but the Bhoys aren't short of goalscorers and it could be the perfect marriage.

A loan would be the best bet but it's a deal which may suit all parties. The Celtic boss could help him fulfil his potential and being centre stage at Parkhead will play to Ødegaard's ego. After all, a showman, which he is, wants a stage to perform.