Celtic’s hopes of Champions League progress remain up in the air after a 0-0 draw at home to Rosenborg in Tuesday night’s second qualifying round first leg. Crucially, an away goal was not conceded, but the lack of a natural striker was an issue for the Scottish titleholders.

With Moussa Dembélé and Leigh Griffiths both absent due to injury and suspension respectively – although the latter is also not fully fit at present – Brendan Rodgers was forced to field attacking midfielder Tom Rogic further forward. However, as was shown by his failing to get on the scoresheet, this doesn’t seem like a viable long-term plan.

If Celtic are to succeed on all fronts this season it is highly likely that they will need to bring in at least one more striker. Possessing just two outlets in this area – even if they are of a high level – simply isn’t enough, as was painfully clear against Rosenborg.

Rodgers showed an awareness of this following that match.

“We’ll assess it. If we don’t think we’re going to get the response from Leigh we then have to look at whether [the injury is] going to be for a sustained period of time,” he said.

“Of course you need a reference in your team and it’s something that we’ll monitor and assess.”

Saints’ Executive Director Les Reed stated that: “We believe he (Gallagher) has many exciting years ahead of him, and that this is the ideal place for him to realise [his]…potential.” However, recently the 21-year-old striker has been linked with a loan move to Wolverhampton Wanderers.

Celtic signing the young Scotsman on a season-long loan could work out for all parties. They would get a powerful centre-forward without having to pay a transfer fee, Gallagher would benefit from the experience, and Southampton could look forward to welcoming back a more mature player come next summer.

Continuing on the temporary move front, Ings is a more experienced option for Celtic to consider. The arrival of highly rated prospect Dominic Solanke at Liverpool this summer looks to have pushed the former Burnley man further down the Anfield pecking order after a prolonged absence through injury.

The 25-year-old has spent much of the last two seasons on the treatment table, leaving him unable to build on the strong debut Premier League campaign he enjoyed at Turf Moor. But a move to the Scottish champions could be just the tonic to get his career back on track.

In the short term, Danny Ings would be expected to lead the line. But, once Dembélé is back to full fitness, the Englishman wouldn’t have to shoulder quite so much pressure and could return at his own pace. On top of that, he has experience of a working relationship with Rodgers from their time together at Liverpool.

Of all the players on this list, Ohi Omoijuanfo is unquestionably the least renowned in British football. Born and raised in Norway, he has plied his trade in his home country and has only this season hit double figures in the top flight there. However, at 23 years of age, he is earning covetous glances from English Championship clubs.

Having made his top-flight debut at the age of 16 with Lillestrom, the versatile frontman failed to build on a fast start and eventually found himself playing in the second tier. However, having found his scoring touch, he gained a move to Stabaek last year and he hasn’t looked back since.

This season, Omoijuanfo has scored 14 goals in 19 games across all competitions. He won his first cap for Norway on the back of that form, and he has also attracted interest from the likes of Norwich City, Sheffield Wednesday and Queens Park Rangers.

Perhaps the aspect of his play that stands out most is not the number of goals he scores, but the variety of them. He can, and has, found the net courtesy of his left foot, right foot and head. He is also just as capable of scoring a wonder goal from long range as he is a simple tap-in.

On top of all that, he brings pace, skill and creativity to the table – this term he has averaged 1.5 dribbles and 0.9 key passes per game, good numbers for a striker.

Given his age, potential, form and skillset, Celtic would be wise to consider paying the £2million fee reportedly needed to secure Omoijuanfo’s signature. 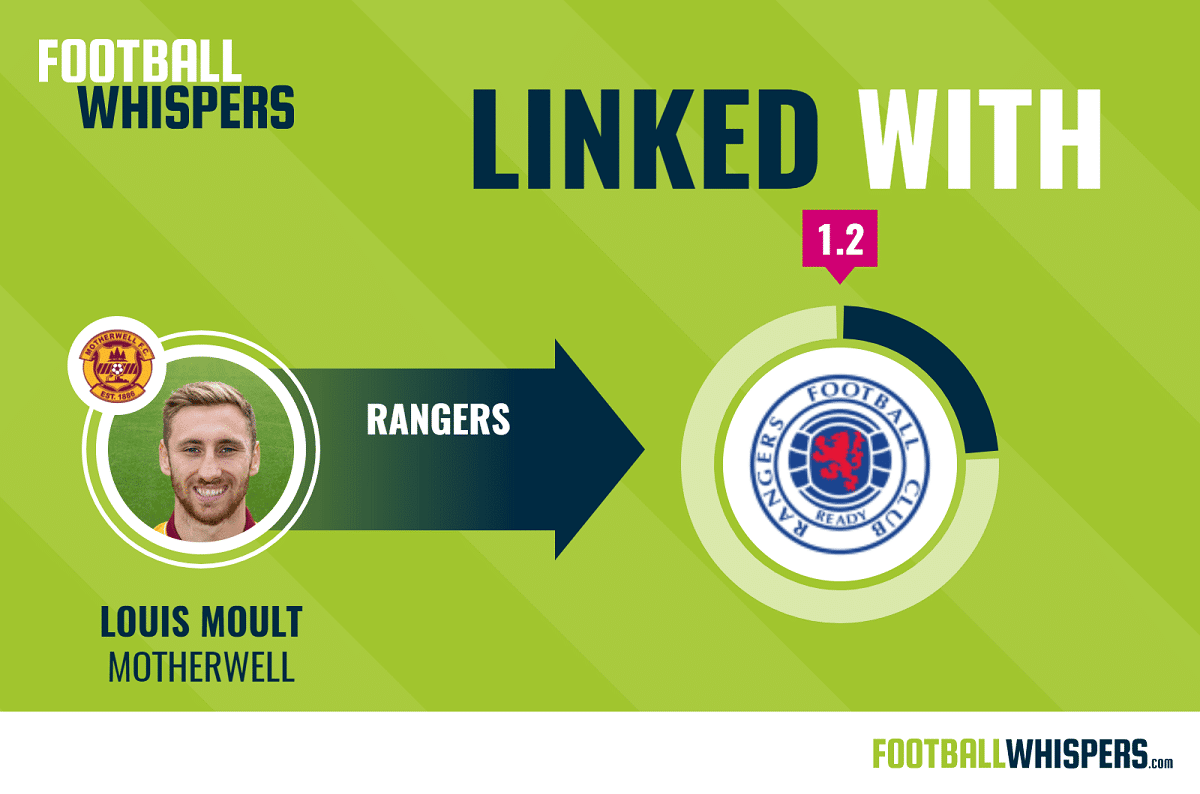 Louis Moult is no stranger to Celtic fans. During his two full seasons in the Scottish Premiership with Motherwell he has made a habit of scoring against the Hoops, hitting four goals in seven appearances against them. One of those strikes, a stunning first-touch volleyed lob over an advancing Craig Gordon in 2016/17, no doubt caught the eye of many a suitor.

The 25-year-old has an excellent record in Scottish football, having found the net 30 times in 69 league appearances so far. That strike rate has led to past interest from Crystal Palace and Aberdeen, while he is currently also seen as a Rangers target.

Moult may not have the all-round quality of Dembélé or Griffiths, but he is a predatory finisher whose goals per game would only increase with the supply of Rogic and Stuart Armstrong behind him. Domestically, his penalty box instinct and aerial prowess would only enhance Celtic’s chances of retaining their title.