The Premier League returns this season and with it comes the opportunity to earn yourself some extra pocket money by proving you know more about football than your mates.

Football Whispers have teamed up with Football Index, the world’s football stock market. Football Index allows users to buy ‘shares’ in the world’s top 200 players and then try to sell them in order to turn a profit.

Despite their impressive 2016/17 season many of the Liverpool players on Football Index are undervalued. If you're in the game for long-term investments then the Reds could be your best bet.

We've taken a look at four players you should look at buying right now and one you should avoid.

When tasked with naming prolific strikers in the Premier League, Firmino isn't often at the forefront of most people's thinking. But his goal return this season should increase now he's on penalty duty.

The former Hoffenheim man finished last season in double figures yet again but the new season could see him get closer to 20 strikes. He's involved in everything good about Liverpool and will chip in with a number of assists. If the Reds are at their fluid best then he's destined to be at the eye of the storm.

Manager Jürgen Klopp has added Mohamed Salah to his attacking arsenal and so far has resisted the temptation to part ways with Philippe Coutinho. It means there's more depth this time around and Firmino won't be shunted out wide to fill in if there's an injury or a suspension.

For reference, Harry Kane is trading at £5.12 right now while Romelu Lukaku will cost you £6.63.

There's been a lot of talk this summer surrounding the Liverpool midfield. Can the team rely on Jordan Henderson with his injury record? Is Emre Can going to sign a new deal with the Reds amid interest from Juventus? Meanwhile, Adam Lallana is ruled out for the foreseeable future with an injury and long-term Liverpool transfer target Naby Keïta still isn't calling Merseyside home.

Amongst the chaos the one constant has been Wijnaldum. The versatile Dutch midfielder has operated in a box-to-box role as well as in a deeper one, filling in as a No. 6 sporadically in pre-season.

He might not be a guaranteed starter if Liverpool land all of their targets but he's possibly the 12th man meaning he will get minutes. If he replicates last season's form of six goals and nine assists he could well be a shrewd investment on Football Index .

Liverpool's record buy. His last season in Rome saw him directly involved in 26 goals and if he continues that form into this season the Reds have a player on their hands. 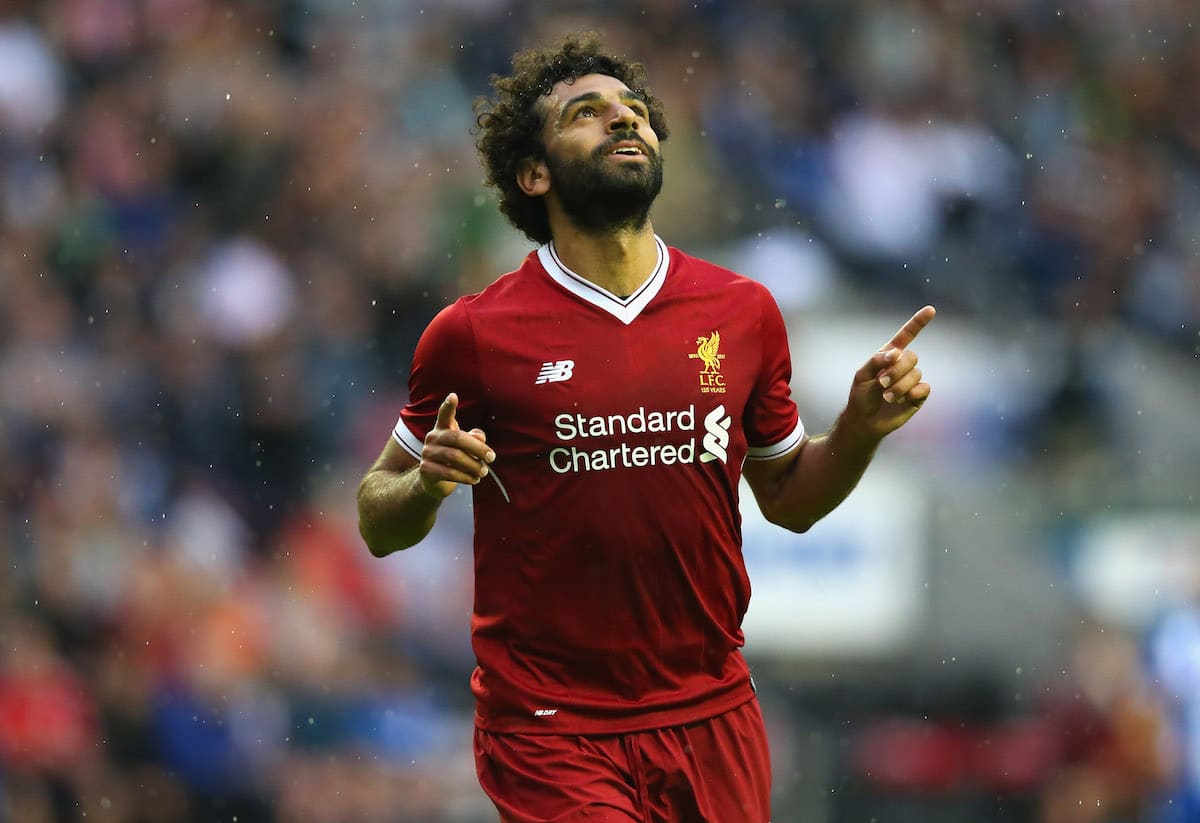 He's often found himself in central areas during the friendlies and it's why he's almost guaranteed to find himself on the scoresheet on a regular basis.

For more context on just how Salah is too good to pass up, Coutinho is currently trading at £3.42.

Mané is the luxury on the list but everybody deserves one expensive indulgence. The Senegalese speedster tore it up for Liverpool last season in his debut season at Anfield. The Reds, with Mané in their team, looked a completely different prospect and, in all honesty, looked frightening.

He was involved in 18 goals in just 27 appearances last season and without the AFCON to deprive Klopp of his services for a month, that number should swell this time around.

In three seasons in England he's netted double figures in every campaign. There's no reason he can't repeat that trick and better his record high 13 goals in a season.

Both Eden Hazard and Alexis Sanchez are currently trading at over £4 and Mané is more than capable of trading blows with the pair of them.

Solanke has had a storming pre-season. His arrival went a little under the radar. A “Chelsea reject” signing on a free does that when you're being linked with £70million moves for Virgil van Dijk and Keïta.

However, he's been the surprise package of the summer and could have played his way into Klopp's first-team plans.

All of this sounds positive, and it is, but in terms of being a viable long-term investment it's probably best to avoid him at his current price.

He's only trading so high now because of his performance in the friendlies against Hertha Berlin and Athletic Bilbao.

He notched a goal in both matches and had a hand in a further two.

But it's unlikely he'll see as many minutes during the Premier League campaign and Klopp may still opt to go with the tried and tested Divock Origi as the deputy to Firmino and Daniel Sturridge.

Had he been trading at a lower price then he may have been worth the investment as a player to sit on. But he's likely to decrease in value and won't reach these highs again unless he's appearing, and scoring, regularly.