The late great Sam Cooke sang that ‘A Change Is Gonna Come’ and that is exactly what is expected at Arsenal this summer. Regardless of where Alexis Sánchez or Mesut Özil play next season, Alexandre Lacazette's arrival is unlikely to be enough to push the Gunners into the top four.

More signings are expected, but that also means there will be players leaving the Emirates this summer.

One problem bubbling under the radar is the security of Arsenal's goalkeeping position.

After moves to Fenerbahçe and Major League Soccer failed to materialise, David Ospina has been linked with a return to France, with Nantes and Marseille rumoured to have shown an interest in the Colombian.

Good enough to start the FA Cup final for Arsène Wenger, he is a more than able deputy for Petr Čech, but now it seems his days at Arsenal are coming to an end.

Wojciech Szczęsny has also departed, with the Polish keeper joining Juventus in a £13.5million deal.

That is likely to mean Emiliano Martínez starting the season at Arsenal's back-up goalkeeper, which will be risky as he won't put pressure on their veteran stopper.

There have been some doubts creeping in over the ability of 35-year-old but, rather than just signing a back-up, Wenger must move for someone who can challenge the Czech Republic shot-stopper and then become first-choice.

This would leave the club having to dip into the market for a backup goalkeeper to support their No.1.

Here are four options Arsenal should look to with one eye on the future.

The future of one of football’s hottest talents, Gianluigi Donnarumma, is no longer up in the air. Following reports that he would stay at AC Milan for one more year he signed a new deal recently.

However, the Italian's contract is said to have two different release clauses. It will cost any potential suitors €50million if Milan fail to reach the 2017/18 UEFA Champions League, and a whopping €100million if they do qualify for Europe's elite competition.

Donnarumma and his agent, Mino Raiola, have ambitions for the player. With the Italian club not in the Champions or Europa League, it opens the door for clubs of Arsenal’s standing.

The Milan youngster is regarded as the best of his generation and well worth the investment.

What would count against Arsenal is the competition for his signature. He is a Real Madrid transfer target and without Champions League football on offer, Arsenal would be pushed down the pecking order.

Bought by Manchester City in July 2016, the Argentine goalkeeper was immediately sent on loan to Real Sociedad and then made the move for the 24-year-old permanent in January. 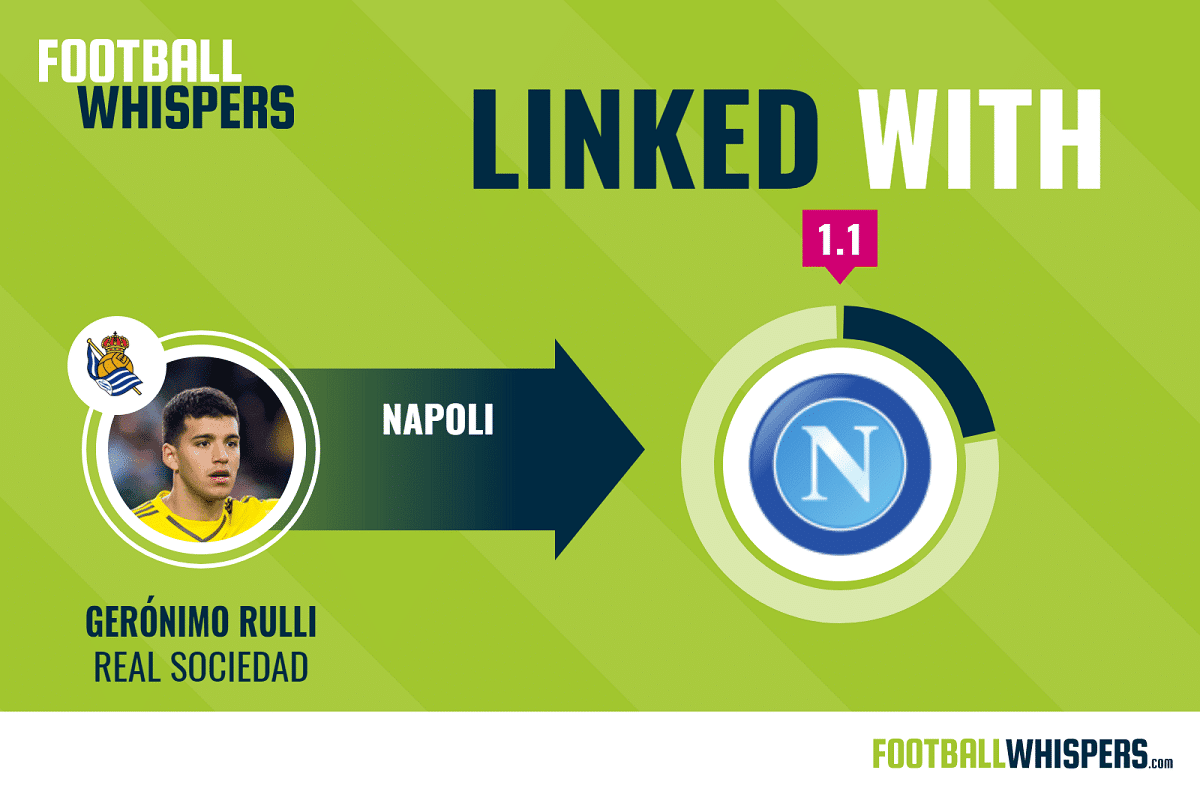 City reportedly have a buy-back clause. But after spending over £30million on Ederson from Benfica this summer, Rulli’s chances of an Etihad return look slim.

“There are few players who would say they don’t want to play for one of the biggest clubs,” he told Gol Television. “It’s my dream and I’ll try to achieve it. My idea for tomorrow is to get there.”

“If you ask any of my team-mates, 95 per cent of them would tell you the same thing I told you. Manchester City is one of the biggest clubs in Europe, in the entire world, and it’s a league in which I’d like to play.”

With the City window all but shut, Arsenal could offer the keeper that chance to play in England. His impressive performances in Spain should have alerted the bigger clubs around Europe and his unorthodox but effective style definitely catches the eye.

He has stunningly quick reflexes which help him pull out some unbelievable saves. Rulli uses those quick reactions to race off his line and clear danger in that Manuel Neuer ‘sweeper-keeper’ style. 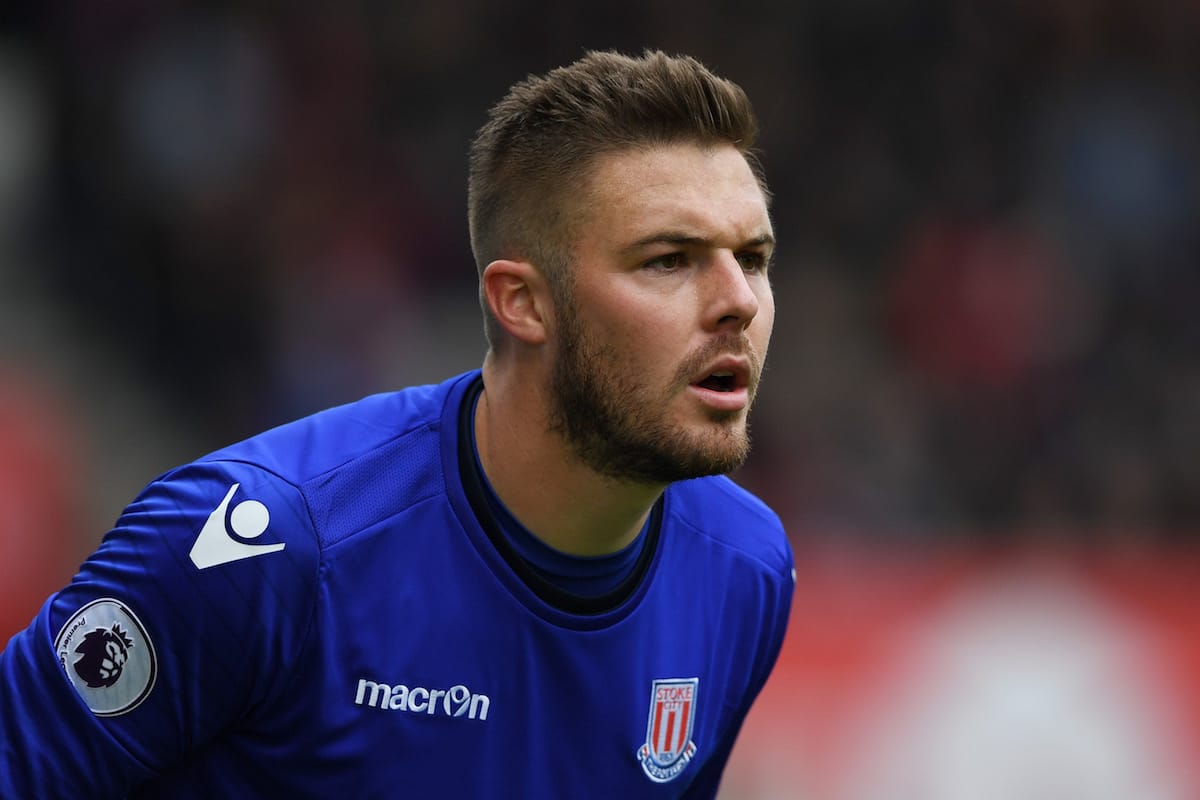 Stoke City’s 24-year-old is Wenger’s top target according to Bleacher Report. Since returning from a loan spell at Derby in 2014, he has picked up plenty of Premier League experience.

Given his age and future as an England international, he is the ideal goalkeeper to help the club push forward.

The Potters are not going to welcome any offers to their man, especially after signing him up to a five-and-a-half-year deal in 2016.

Arsenal were unwilling to spend £30million on Sunderland’s Jordan Pickford, and there’s no reason for Stoke to accept anything less for Butland.

The Gunners may have to look elsewhere and continue to monitor his availability.

Currently Real Madrid’s No.1, the Costa Rican goalkeeper could be subject of a merry-go-round of transfers this summer. If Real manage to land whichever goalkeeper they’ve put on top of their list this week Navas will have to find a new home.

The performances he put in during their league and Champions League triumph deserve more respect. Without his excellent reactions and agility to pull off unlikely saves, they wouldn’t have been able to pull off the double success.

At any other club, Navas would be the undisputed No.1, but with David De Gea a Real Madrid transfer target Navas is waiting in limbo.

The goalkeeper, speaking during his holiday, said that he would fight for his place regardless if anyone arrives at the Bernabéu this summer.

“I just think about working and winning trophies, trying to enjoy the day to day. I will always want to play, of course,” he said from his home in Costa Rica. “So I will battle to the death against whoever it is, in a fair fight.

“And I never ask for any gifts, as I never need them either. Whoever I am up against I will give everything, like always.”

If Los Blancos do act, he would be an excellent fit at Arsenal. He would give Čech a fight and a push to either get back to his best, or take over from the veteran.

Although he is 30, Navas would give them a three or four-year gap before they have to look for another keeper.