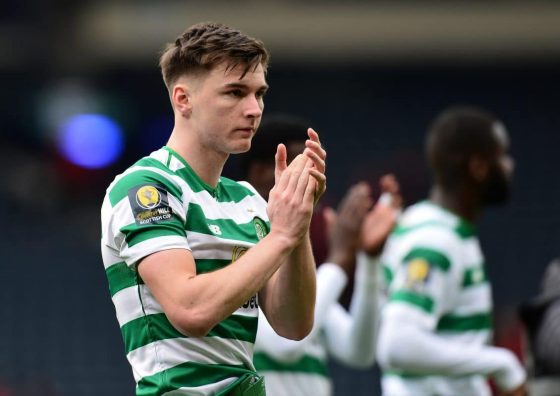 Celtic have continuously helped several players in their development towards the Premier League over the years. Liverpool star Virgil van Dijk is perhaps the most notable on the list, with the centre-back moving from Glasgow to Southampton before making his switch to the Reds.

But Arsenal’s Kieran Tierney, Crystal Palace’s Odsonne Edouard, Brentford’s Kris Ajer, Southampton’s Stuart Armstrong and Bournemouth’s Ryan Christie all lined out for the Glasgow outfit once upon a time.

The Scottish giants have been responsible for many Premier League talents, and that trend may just continue in the next few years. Importantly, the club are now playing in the group stages of the Champions League, with several of their stars now catching the eye of many top clubs.

Here are four Celtic players who could soon seal a move to the Premier League:

Tricky winger Jota may have just signed for Celtic on a five-year deal this summer, but it won't stop several Premier League clubs from at least enquiring about his services. The 23-year-old joined from Benfica on a permanent basis following a hugely impressive season-long loan last time out.

The attacker, whose option to buy was triggered for around £6.5m, netted 13 goals in all competitions last season as Celtic lifted the Scottish Premiership and the League Cup. The Portuguese youngster also chipped in with 14 assists. He’s started the new campaign in fine fashion with four goals and five assists in just eight matches.

Former club Benfica reportedly have a significant future sell-on percentage included as part of the deal, in what is a smart move from the Portuguese outfit, particularly given Celtic’s history of moving on talented players.

Plenty of questions were asked when Kyogo Furuhashi joined Celtic from Vissel Kobe last summer, mainly regarding whether or not he was strong enough to compete in Scottish football. But he answered those questions immediately with his skill on the ball, netting a debut goal in Europa League qualifying.

A league hat-trick against Dundee followed very shortly afterwards, with Celtic fans by now already more than convinced that they had a star on their hands. Furuhashi has not let them down since, with the centre-forward boasting 27 goals from his 43 matches so far.

Quick, direct and a superb finisher, there are a handful of Premier League clubs that could do exactly with a player of Furuhashi’s ability. Perhaps to Celtic’s angst, his talents will be on show for the world to see this winter at the 2022 World Cup in Qatar, with the Japan international ready to take on Germany, Costa Rica and Spain in Group E.

Reo Hatate wasn’t exactly a standout player upon joining Celtic from Kawasaki Frontale in January earlier this year, but he is now a hugely important part of the puzzle that manager Ange Postecoglou is building in Glasgow.

With plenty of energy and a hugely impressive range of passing – as shown in recent matches against Rangers and Shakhtar Donetsk – Hatate has come to be very popular at Celtic Park.

The 24-year-old has just recently joined Furhashi on the international scene with Japan, and could also be identified by many top clubs looking for a silky midfielder, one that is very versatile, having played in various other positions throughout his brief career so far. 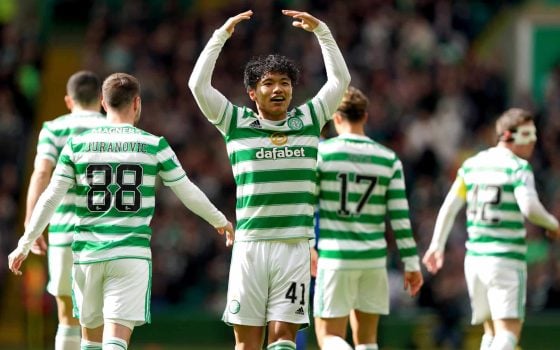 Central midfielder Matt O’Riley has been a standout for the club this season, battling hard while spreading inch-perfect passes all over the pitch. Both Manchester United and Liverpool are reportedly in the market for a midfielder, and the Celtic man would undoubtedly be a much cheaper option than Borussia Dortmund man Jude Bellingham, who has been linked with both English clubs.

The Celtic midfielder is certainly catching the eye at club level, and perhaps it is only a matter of time before he is noticed for his national side. He is eligible to represent Denmark on the international stage, and is currently playing for their Under 21 side.

Competing with the likes of Manchester United’s Christian Eriksen, Sevilla’s Thomas Delaney, Brentford’s Mathias Jensen and Tottenham’s Pierre-Emile Hojbjerg among others, it’s no surprise O’Riley hasn’t made the latest senior squad. But if he continues his impressive displays for Celtic, a World Cup place may just go his way.

Which Celtic players have moved to other top European leagues?

Celtic haven’t limited their star outgoings to the Premier League, with former fan favourite Moussa Dembele leaving Glasgow for French side Lyon in 2018. The striker netted 51 goals in 94 appearances for the Bhoys.

Jeremie Frimpong is another to have moved on from Celtic Park for a different European adventure, with the right-back having left for Bundesliga outfit Bayer Leverkusen in 2021. He played over 50 games for the Scottish giants.

Celtic’s fierce rivals Rangers have also gone down this road in recent times, selling defender Calvin Bassey to Ajax this summer, with the Nigeria international recently coming up against his old side in their Champions League group encounter.

Which other players have made high-profile moves from Scotland?

Again, Rangers have been almost as proficient as Celtic in helping develop future Premier League players. Scotland right-back Nathan Patterson improved rapidly for both club and country during his time at Ibrox, and he is now a regular at Everton, having had to be patient for first-team football after his January 2022 move.

Billy Gilmour is another who plied his trade in the youth ranks at Rangers before his move to Chelsea. The midfielder has, of course, since made a switch to Brighton, and could become a key player for the Seagulls this season.

And more recently, midfielder Joe Aribo is now a firm favourite at Southampton after his summer move from Glasgow.

Celtic and Rangers are certainly not the only clubs to produce young talent, with the likes of Hearts, Hibernian and Aberdeen also capable of the feat. Former Hearts full-back Aaron Hickey is now at Brentford after a spell in Serie A with Bologna, with ex-Aberdeen man Lewis Ferguson currently with the Italian outfit. 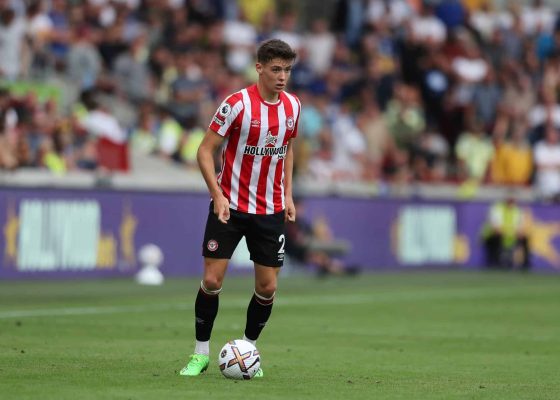