It wasn’t so much the defeat, more than manner of it that will have frustrated Chelsea supporters. The Blues, the Premier League champions, had been bested by a Crystal Palace side who before yesterday’s game at Selhurst Park hadn’t even managed a league goal this season.

But the Eagles now have two on the board and, more importantly, have three points. Their 2-1 victory was deserved, of that there is no doubt. Palace were well-drilled, motivated and carried a persistent threat. Wilfried Zaha, in particular, was excellent.

Palace were aided by the visitors, however. Chelsea produced perhaps their worst performance of Antonio Conte's reign; a display devoid of intensity, organisation and quality. In truth, they were lucky it was only 2-1.

Yes, there were mitigating factors. The Blues were without their top scorer Álvaro Morata, the irrepressible N'Golo Kante and Victor Moses went off in the opening period with an apparent hamstring injury. But Chelsea are one of the biggest in European football, they should be able to cope. The fact they can’t is worrying.

And there is no respite for the Blues. They host Roma on Wednesday night in the Champions League knowing victory would put them within touching distance of the knockout stages.

But Conte has four big problems to solve before that clash. And we have identified what the Italian must work on before, and long after, I Giallorossi’s visit.

Perhaps the biggest problem facing Chelsea at the minute is the number of players who are quite simply not performing at the level required to challenge for the Premier League title.

Complacency? Perhaps. But it could be fatigue given last season Conte rarely rotated his side, or that may just be an excuse.

This term David Luiz and Gary Cahill have looked far from convincing in several games. Last season the Brazilian was lauded for his performances in the middle of Conte’s three-man defence and rightly so. He was the model of consistency and cut out the lapses in concentration that had epitomised his first spell at Stamford Bridge.

This season, however, the floppy-haired defender is once again making big mistakes – the red card against Arsenal and the penalty conceded against Atlético Madrid immediately come to mind – and, as demonstrated against Palace, is being caught out of position far more frequently.

Cahill, meanwhile, is also struggling for form. Playing on the left of the back three, the England international is becoming increasingly vulnerable to pace. As a result, he backs off opponents instead of engaging them. This is evident by the fact his tackles and interceptions per game this season 1.2 and 0.6 are down on those of last term (1.4 and 1.2).

Conte has the players to freshen up his back three. Andreas Christensen and Antonio Rüdiger have both featured this season, predominantly because Cahill and Luiz have both served suspensions, to good effect. The former has looked at ease in the centre of the three-man defence while the powerful German has slotted into several positions seamlessly.

And at 21 and 24 years old respectively, they can become mainstays in the Blues’ defence for seasons to come. Conte has stayed loyal to Luiz and Cahill, which is admirable, but it is time for a change.

Find a solution to Kante’s absence 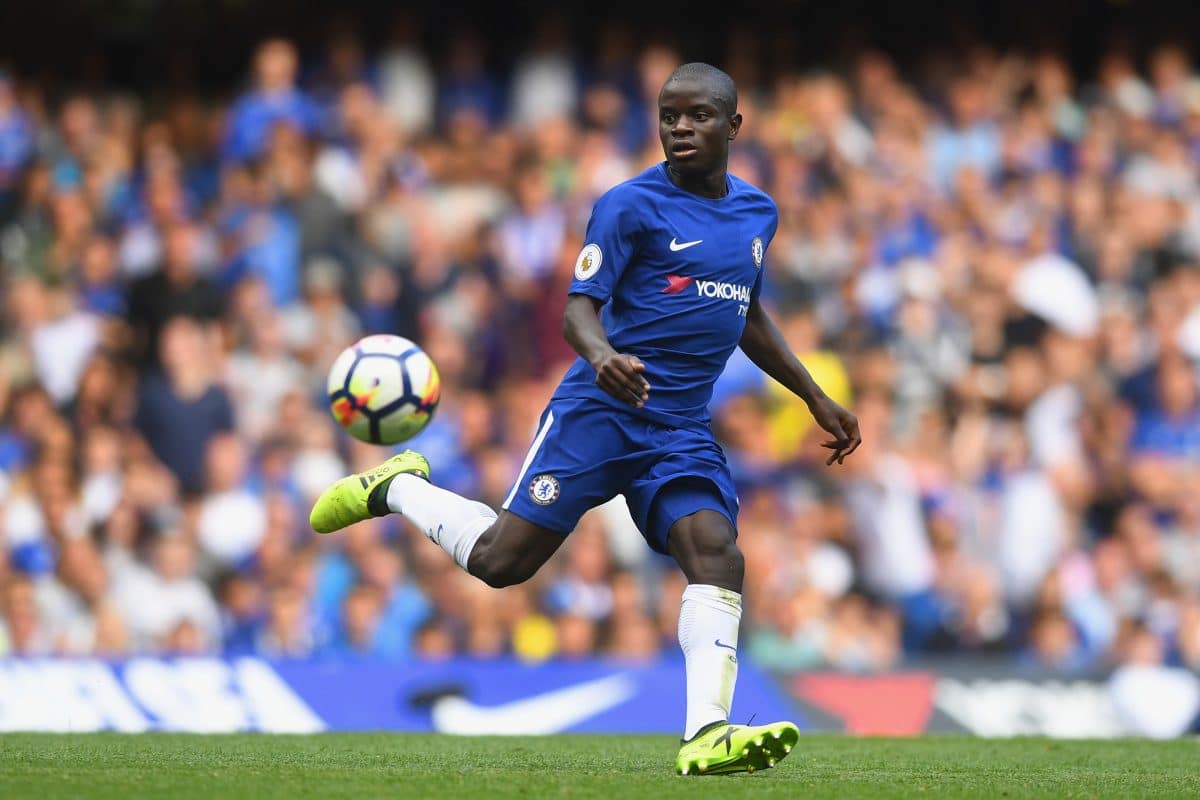 Chelsea face the possibility of being without the diminutive French midfielder for, at best, three weeks and at worst even longer. And that is a serious problem for Conte because there is quite simply no natural replacement for Kanté.

Without the 26-year-old, the Blues midfield is weak. Cesc Fàbregas was arguably Chelsea’s best performer against Palace and he didn’t shirk his defensive responsibilities, making nine tackles during the game. However, he doesn’t have the mobility or the positional awareness of Kante and that allowed Palace build attacks through midfield with relative ease.

Tiémoué Bakayoko, meanwhile, is a powerful figure and brings some much needed physicality to Chelsea’s midfielder. But he doesn’t scurry around the pitch putting out fires like Kante. And, for what it’s worth, neither would Danny Drinkwater if he was fit.

So Conte must find a way of solidifying his midfield. Perhaps moving David Luiz forward is the answer. He can certainly play the role effectively, as discussed here.

It’s hard not to like Michy Batshuayi. The striker is a colourful character on social media and has an infectious smile that is often seen after he gets on the scoresheet. It’s why many had sympathy for the Belgian in the summer when Chelsea were linked with a move for Fernando Llorente.

Many felt Batshuayi deserved more of a chance at Stamford Bridge after an impressive pre-season campaign. The Blues board perhaps felt the same which is why they didn’t sanction a deal for Llorente and he subsequently joined Tottenham, much to Conte’s disappointment.

So with Morata injured, Batshuayi was handed his first away start in the Premier League season against Palace. This was his chance, an opportunity to stake a claim. But he blew it.

The 24-year-old offered Chelsea very little before being hooked in the 57th minute for Pedro. It was telling that, at 2-1 down, Conte would rather attempt to win the game without a recognised striker than persist with Batshuayi.

That was because the striker failed to trouble the Palace defence. His movement was poor, failing to break into the box when crosses were delivered, and he couldn’t hold the ball up and bring his teammates into play.

During his 57 minutes on the Selhurst Park pitch, Batshuayi registered zero shots, completed just 69.2 per cent of his passes and, most damningly of all, managed just 19 touches. That is simply not good enough.

Morata should be fit to return against Roma, and Conte will certainly be hoping that is the case. However, coming up with a long-term solution if the Spaniard is ruled out is required. Batshuayi, sadly, may not be up to the task and that could force Chelsea into the transfer market in January.

The other option is persevering with Batshuayi until the summer. That could cost Chelsea this season, and it's already looking unlikely that they'll retain their title, but it would allow the Blues the opportunity to integrate Tammy Abraham into the first-team squad ahead of the 2018/19 campaign.

A new Plan B is needed

When his first-choice striker is ruled out – last season it was Diego Costa, this Morata – Conte has often moved Eden Hazard into the middle of the pitch to play as a false nine.

When used up top, the Belgian has usually been flanked by Willian and Pedro in what should be a fluid attacking front three. When first deployed against Bournemouth on Boxing Day last season, Chelsea won 3-0 with Hazard and Pedro on the scoresheet.

The attacking trio were again utilised when the Blues beat Leicester City 3-0 in January; Costa absent that day as he tried to force through a move to the Chinese Super League.

So there is evidence that Hazard leading the Chelsea attack can work. However, it requires the trio to all be at the top of their game and, at this moment, that is simply not the case.

Hazard is still feeling his way back from injury. Pedro is in and out of the side, while Willian is another player who is failing to produce his best football at the moment.

So it's little surprise that against Manchester City, after Morata went off injured, and against Palace, when Pedro was brought on for Batshuayi, Chelsea struggled to create clear chances.

Constructing an effective attacking unit with Morata is arguably the biggest problem facing Conte. He can't trust Batshuayi while his alternatives are not at their best either.

The Italian, and Chelsea fans, will hope the Spaniard can stay injury free for the remainder of the campaign.