For West Ham, the role of striker has been a bit of a poisoned chalice in recent years. Since David Gold and David Sullivan took control of the club in 2010, over £50 million has been spent signing a grand total of 31 players to fill this role for the team.

However, almost half of those brought in failed to score during their time with the club—that's astonishing 15 of the 31 signing.

Here, Football Whispers assesses what happened to the aforementioned 31 strikers at West Ham. 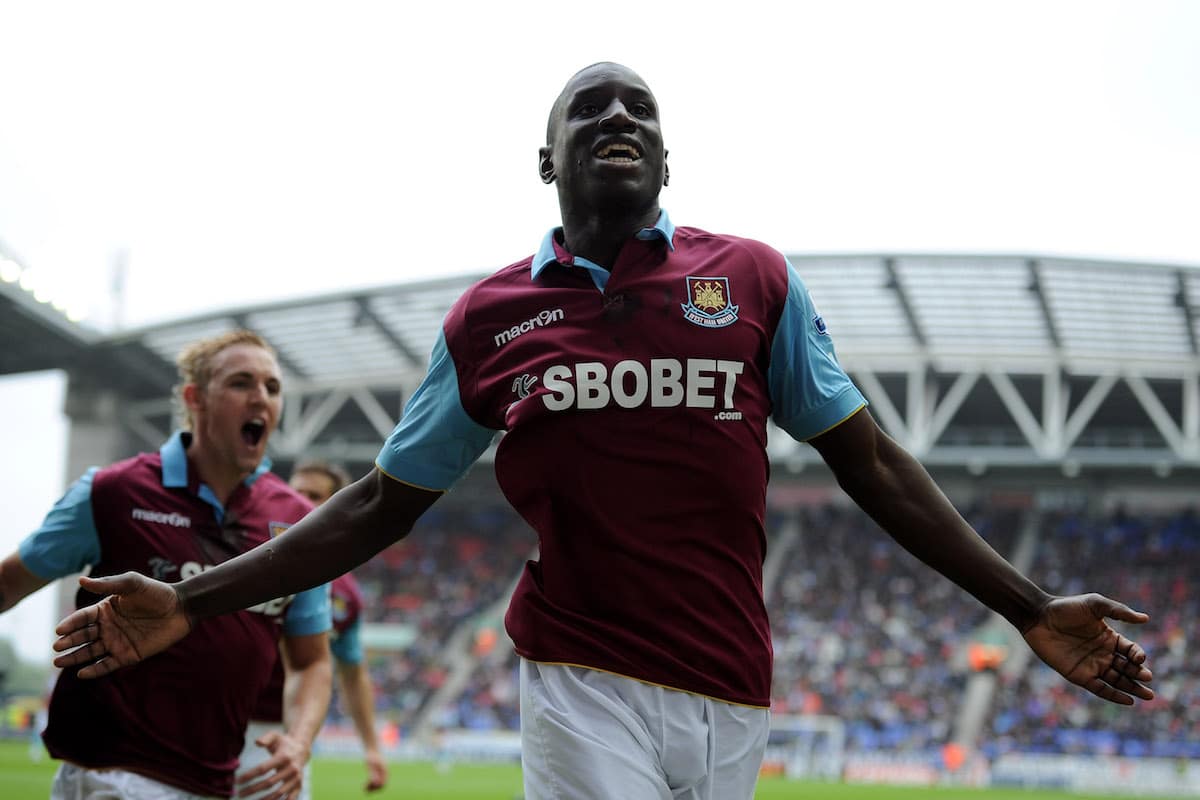 Of the forwards mentioned above, very few proved to be out-and-out triumphs during their time with the Hammers. Indeed, perhaps the only player capable of fitting such a category was Demba Ba, who joined the club in the midst of a relegation battle, that they would ultimately lose.

The Senegalese hitman arrived in January 2011 with a good reputation having played for Hoffenheim in the German Bundesliga, and he didn’t take long to adjust to the English top flight. On his full debut for West Ham, he scored twice to seal a 3-3 draw with West Brom, and he continued that form through to the end of the campaign, hitting seven in 12 league outings for an admirable strike rate of 0.58 goals per game.

Unfortunately, the Hammers relegation invoked a release clause in Ba’s contract that allowed him to depart on a free transfer. And that’s exactly what he did, joining Newcastle after just six months in London.

The club's current primary striking options, Andy Carroll and Diafra Sakho, both cost significant transfer fees. However, both have scored on a fairly frequent basis, while also bringing power and speed to the frontline. 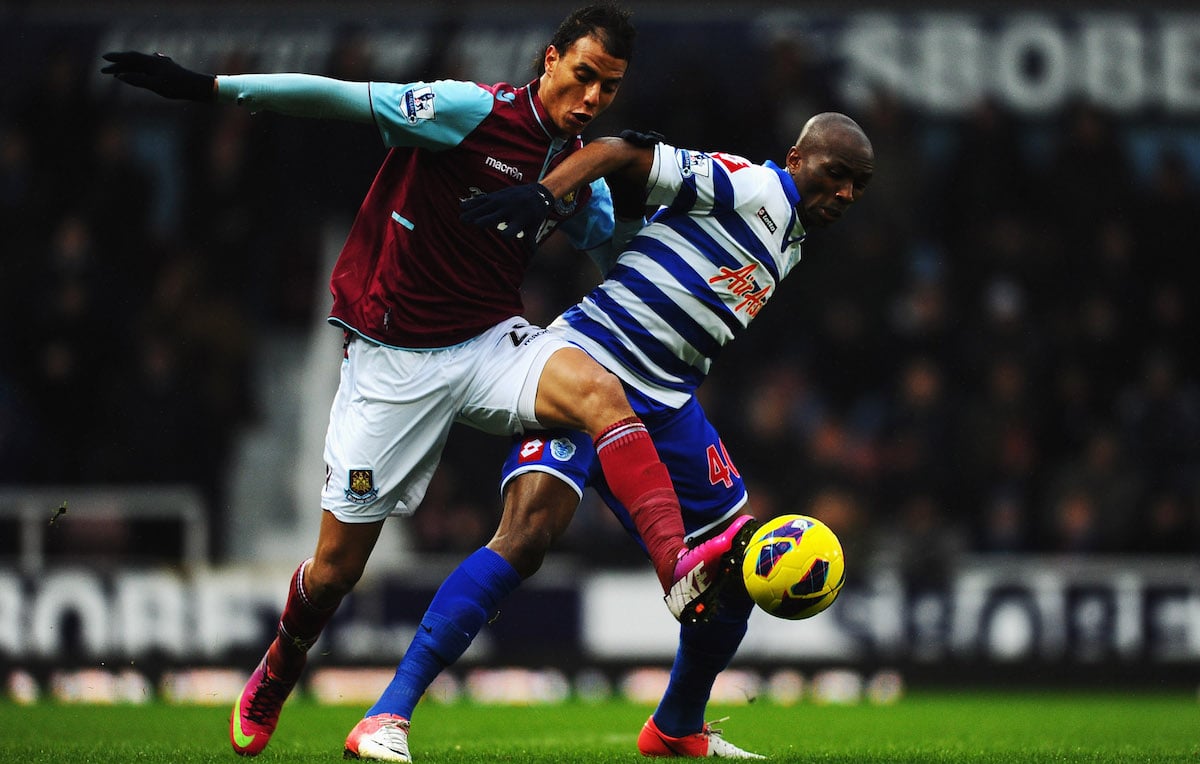 West Ham have signed a number of big-name strikers over the last seven years in the hope that they might find their best form and fill the scoring void. Unfortunately, most if not all of these signings have not worked out, with several particularly high-profile disappointments.

Robbie Keane joined the club in the same transfer window as Ba, but was unable to match the Senegalese for goals scored. He found the net just twice in nine games, failing to find the form that had seen him score 12 in 16 league games for Celtic earlier that same season.

Moroccan star, Marouane Chamakh, endured a torrid time with the club, making just three appearances while on loan in 2012-13. He was expected to prove a classy addition to lead the line having arrived from Arsenal, but made just three league appearances and didn’t score once before moving to Crystal Palace.

Most recently, Italian star Simone Zaza failed to meet expectations. At just 25 years of age, Zaza had scored regularly in Serie A for Sassuolo, hit important goals for Juventus and featured in his country’s Euro 2016 squad led by current Chelsea boss Antonio Conte. West Ham subsequently paid £4.3 million to loan him in last summer, but he didn’t score a single goal in eight outings before leaving for Valencia in January.

Victor Obinna also arrived at West Ham via Italy, joining on loan from Inter Milan. However, with three goals in 25 outings, he didn’t provide the solution to the London club’s attacking woes.

Who was the Best Value? 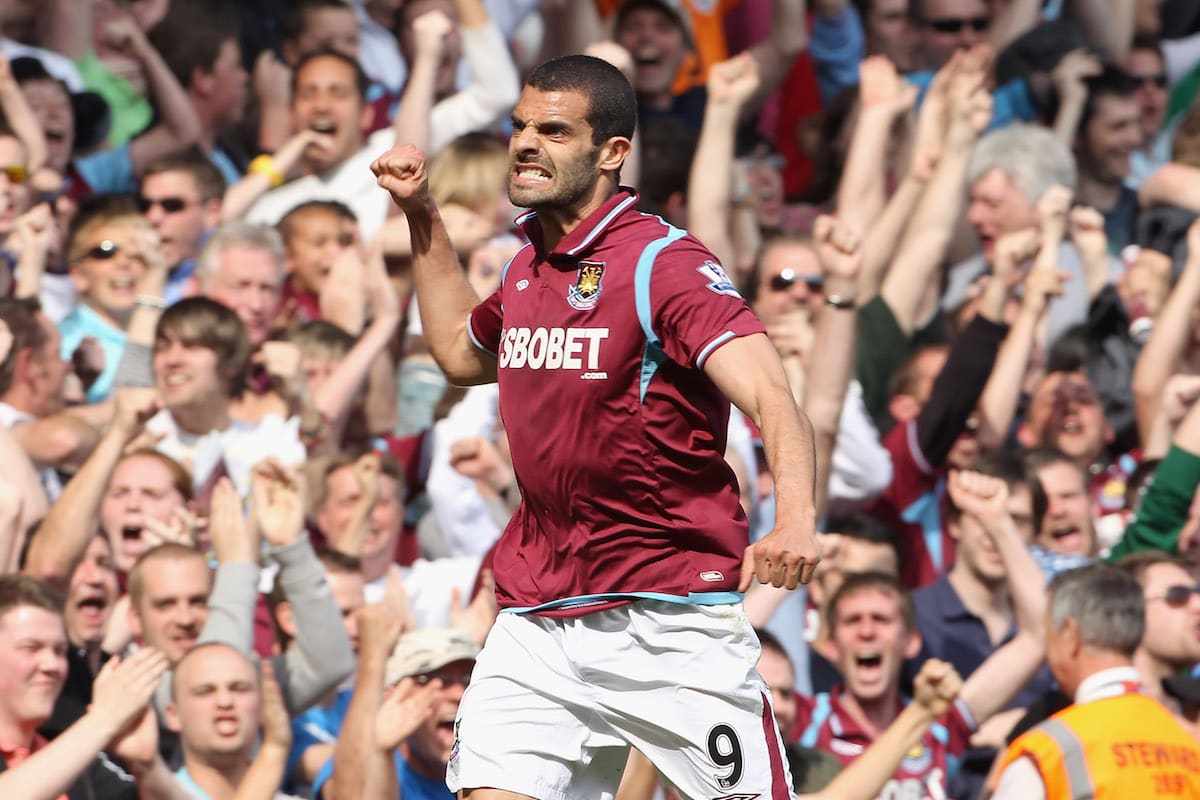 According to Transfermarkt, Ba signed for a fee of £680,000, making him undoubtedly the best value strike addition West Ham have made in recent seasons. But, considering 15 of the 31 forwards brought in over the last seven years were loan deals or free transfers, there have been very few bargains.

Once one of the most prolific strikers in France, Brazilian striker Ilan had a decent strike rate of 0.36 goals per game during his short time at Upton Park, scoring four in 11 league games. Given he didn’t cost a transfer fee, he goes down as one of the more efficient purchases up for consideration here.

Others such as Mauro Zarate, who also arrived on a free, and Sam Baldock, who scored five times in 23 appearances for the club, weren’t necessarily astute additions, but they weren’t offensively bad either.

The Worst of the Worst

While currently on loan at Everton, Enner Valencia technically remains a West Ham player. However, he is unlikely to prove himself a strong signing—thus far he has scored a paltry eight times in 54 Premier League games since arriving for a £12 million transfer fee on the back of some strong showings at the 2014 World Cup.

Others, such as Nikica Jelavic, who scored once in 13 games after a £3 million move, and Modibo Maiga, who hit just four goals in 34 outings, also go down as some of the worst value signings in recent Hammers history, while Benni McCarthy, who didn’t score in 11 appearances, isn’t far behind them.

The loan signing of Brian Montenegro in 2011-12 was hard to comprehend. He had hit a mere seven goals in 51 games for Tacuary in the Paraguayan top tier and didn’t once appear for West Ham. Curiously, he would later pop up on loan at Leeds, making five appearances without scoring in 2014-15.

Two years later, the re-signing of Carlton Cole screamed ‘panic buy’; the Englishman had enjoyed a decent first spell with the club, but in his second spell he scored only eight times in 49 league games. That same year Cole re-joined, the temporary addition of 28-year-old Brazilian Wellington Paulista also had no impact.

Meanwhile, the signatures of Mido, Frederic Piquionne, John Carew and Mladen Petric were strange considering they had failed to impose themselves with other Premier League clubs, while under-the-radar additions such as Paul McCallum, Sean Maguire, Danny Whitehead and Jaanai Gordon struggled to make any sort of impact at the East London club.

What Could Have Been 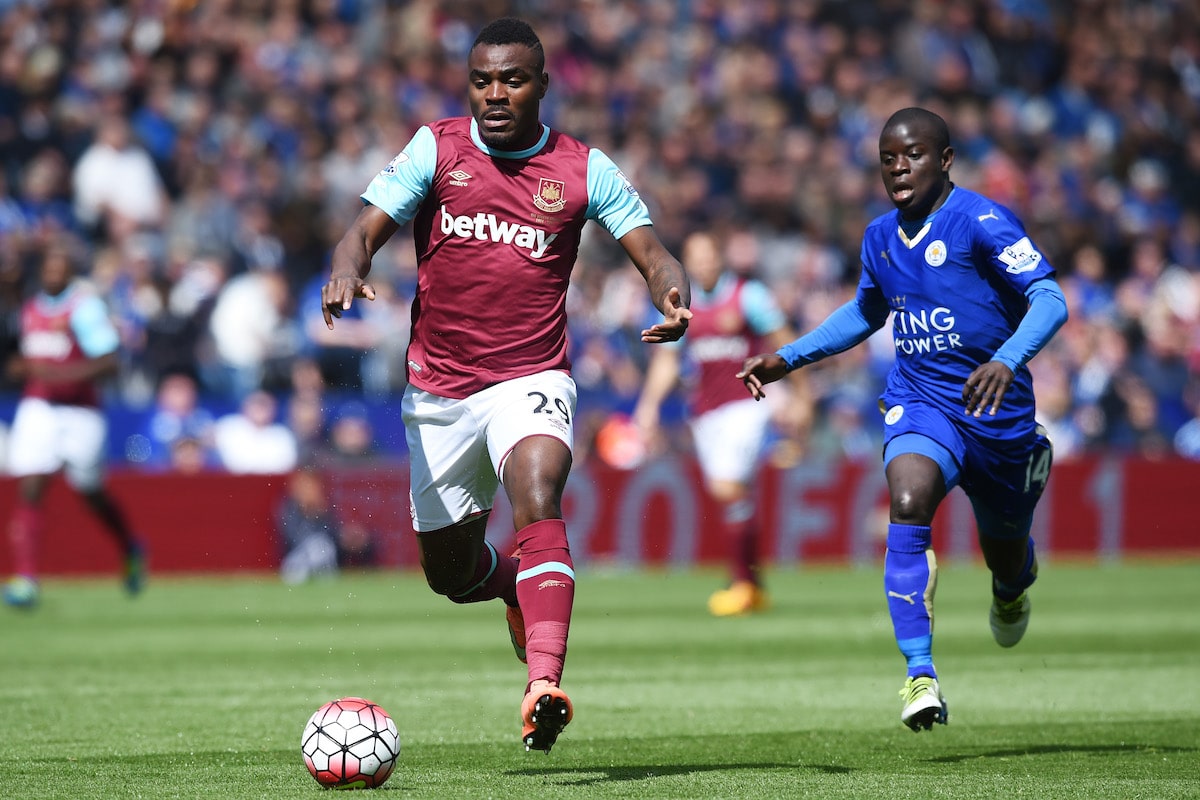 The loan signing of Emmanuel Emenike was two years too late. The powerful Nigerian forward was a frequent finisher in the Turkish and Russian leagues but was arguably already past his best by the time he signed for West Ham in 2015. He promptly failed to score in 13 league displays before returning to Fenerbahce.

Big things were expected of Nicky Maynard when he signed for a reported fee of around £2 million. A renowned Championship goal-getter, it was thought he could bring the pace and scoring threat to fire the Hammers back into the Premier League in 2012. And, while the club did go up, he quickly went back down to the second tier with just two league goals at Upton Park to his name.

And, had the club kept a little more faith in Marco Borriello, they may have been rewarded. The Italian suffered an injury fairly early into his loan spell during the 2013-14 campaign and, while the Hammers chose not to pursue a permanent agreement, his physical style, aerial threat and link-up play could have worked out in England.

The search for a true striker failed to provide any one in January, with Scott Hogan linked with the Hammers, but moving to Aston Villa. All eyes will be on the Olympic Stadium in the summer, will any striker be tempted with a sip from the poisoned chalice?