Manchester United will be looking to close the gap on Manchester City at the top of the Premier League as we move into the 2018 portion on the season, while also keeping one eye on mounting a Champions League challenge when Europe's top tournament resumes next month.

To fight on both fronts while maintaining a push for the FA Cup, manager José Mourinho will need options. The former Chelsea and Real Madrid boss might seek additions in the mid-season transfer window, but he may also have to get creative tactically.

The Portuguese tactician have favoured a 4-2-3-1 formation throughout his time at Old Trafford, while also experimenting with a back three and, most recently, employing a 4-3-3 shape to great effect.

Having spend £75million to sign Romelu Lukaku from Everton last summer and offering veteran striker Zlatan Ibrahimović new terms to stay on another year, there will be times when Mourinho wants to play both his goal-getters in the same side. But that presents a fair share of tactical puzzles that must first be solved.

Ibrahimović is currently out injured, but Mourinho will want to ensure his trusted lieutenant is given a prominent role upon his return to fitness.

But, by the same token, the former Real Madrid and Chelsea boss might be reluctant to drop his big-money summer signing for fear of destroying the Belgian's confidence – not to mention the fact that Lukaku remains United's top scorer and is arguably a more capable goal poacher than Ibrahimović.

Deploying them both in a cohesive attacking set-up might be easier said than done – against Newcastle United in November, for instance, Ibrahimović's arrival from the bench forced Lukaku out on to the right wing, a role for which he is wholly unsuited.

Here are three options Mourinho has for playing Lukaku and Ibrahimović in tandem. 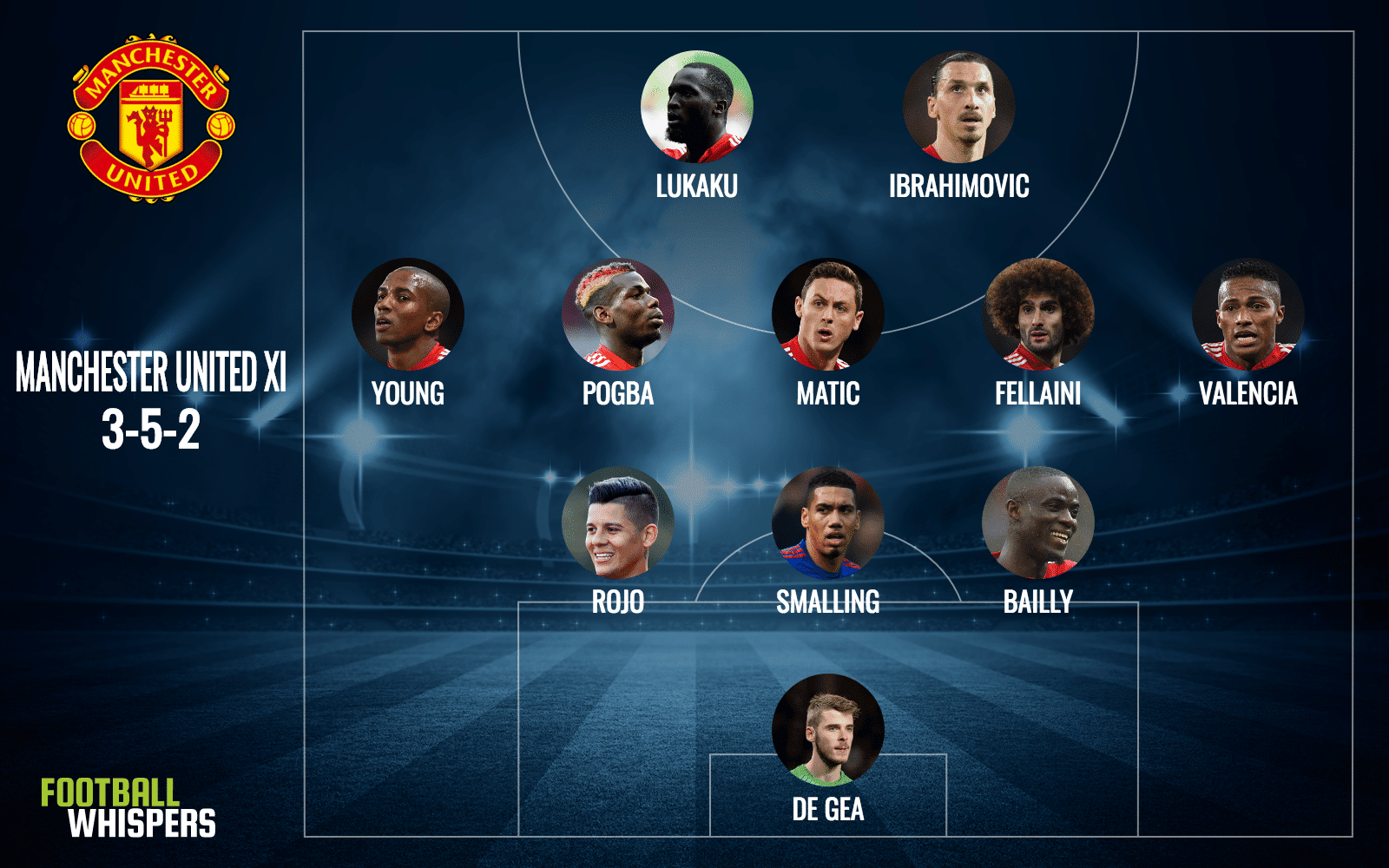 At the back end of last season, when an injury crises depleted his squad, Mourinho began to experiment with a back three – the defensive style en vogue in English football.

It is an idea he has returned to at times this season, too. Although he lacks top-level wing-backs, Mourinho is able to field two strikers by switching to a 3-5-2 shape, as well as offering star man Paul Pogba greater freedom as part of a midfield three – a role he thrived in during his four seasons with Juventus.

Doing so now would present the opportunity to field Lukaku and Ibrahimović as a bona fide strike partnership, allowing Lukaku to play on the shoulder of the opposition's last defender as he enjoys, and giving Ibrahimović license to roam, linking with the midfield and creating chances for the Belgian.

The main caveat to this system, however, is that there would be no natural position for either Martial or Marcus Rashford – United‘s two fastest and most dynamic attackers – when Lukaku and Ibrahimović are occupying the centre-forward roles. 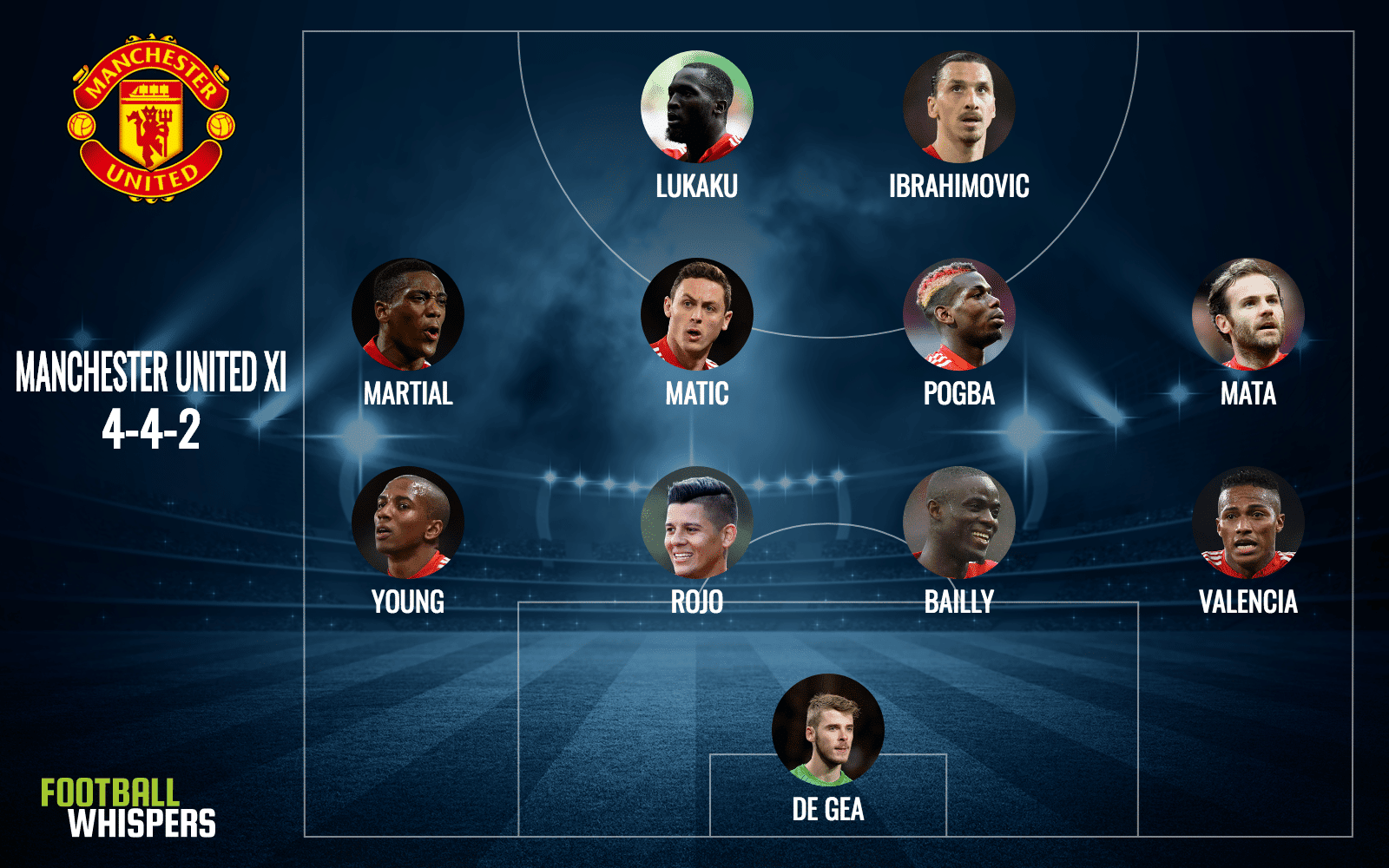 Utilising a 4-4-2 shape, however, would give the option of playing at least one of Martial and Rashford in the wide midfield positions.

This kind of system would give Lukaku and Ibrahimović all of the options they would enjoy in a 3-5-2, while also allowing Mourinho to play with more creative wide players than the wing-backs he would have to use in a back three-based set-up.

This is the kind of formation that could work perfectly well in home games against inferior opponents, with Pogba and Martial or Rashford able to push forward with relative abandon, safe in the knowledge there is little threat of being hurt on the counter.

But against better sides, 4-4-2 would be very risky for United. If an opponent poses a genuine threat of their own down the flanks, starting Martial or Rashford in a wide midfield role could see the young attackers burdened with too much defensive responsibility.

Pogba, too, would have to be more aware of the potential threat in behind, meaning moving into the advanced areas he likes to operate in would take a skilful evaluation of the circumstances. 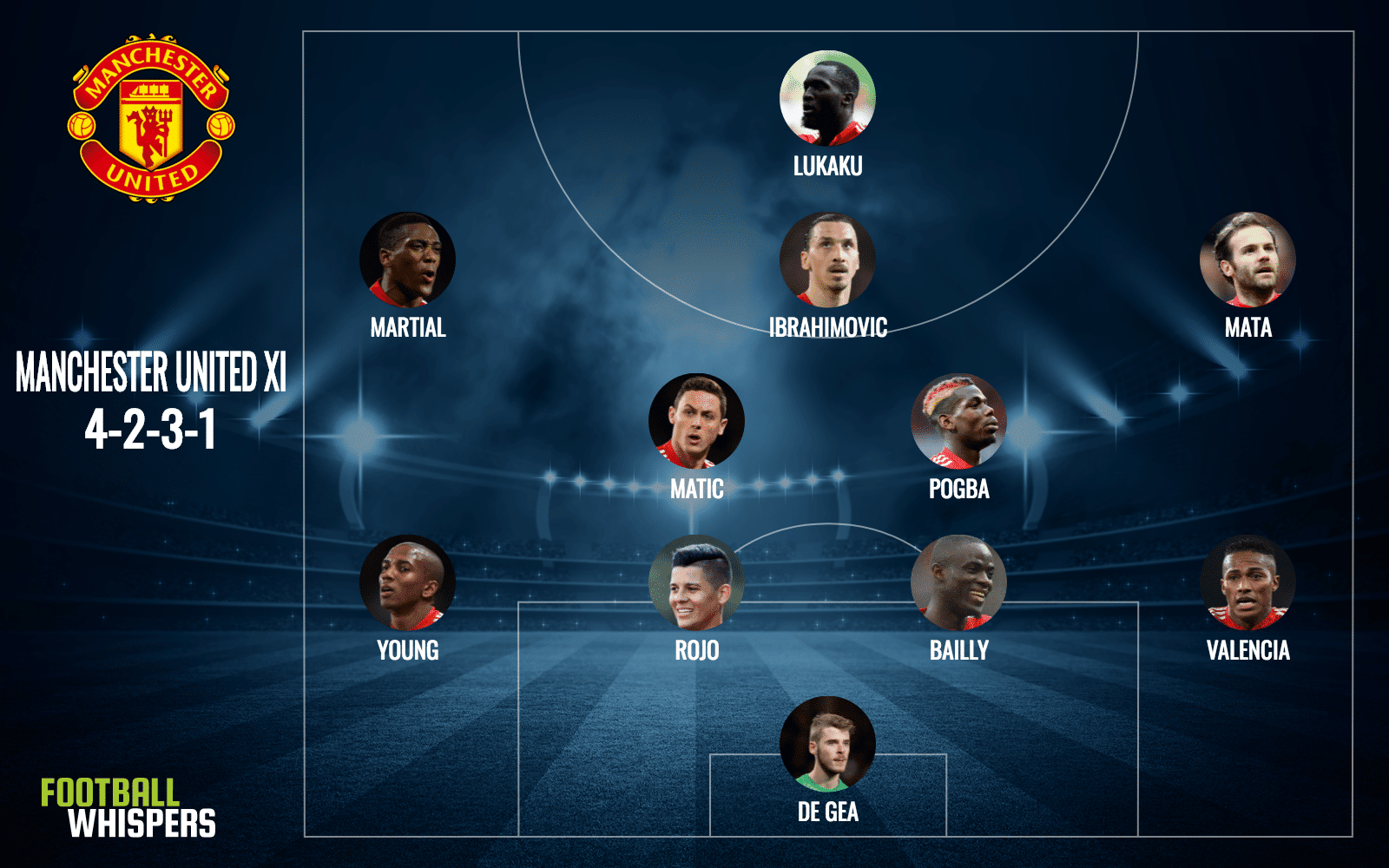 One option that could help combat some of the caveats that 4-4-2 presents is 4-2-3-1. This has been Mourinho's go-to system for most of his Old Trafford reign to date, and is a formation he is comfortable with.

The differences between 4-2-3-1 and 4-4-2 are subtle but could be key in this instance. Ibrahimović would be required to drop a little deeper, into more of a conventional No.10's role, and thus would be tasked with a slightly heavier off-the-ball workload, required to press from the front at the breakdown of possession

The wide players, however, are able to push a little higher, with their defensive duties lessened by the double-pivot midfield duo, who'd shift across accordingly when the wingers move high up the pitch.

Again, though, as with 4-4-2, this could shackle Pogba with too high a defensive workload than is optimum for the Frenchman when playing against solid opposition. The 24-year-old playmaker is United‘s most creative and dominant player, and, as such, must be fielded in a manner which best suits his attributes.

As we have seen so far this season, Pogba is perfectly able to play in a double pivot, providing he has a dedicated defensive midfielder, such as Nemanja Matić, alongside him as an insurance policy, and is therefore free to roam.