Liverpool‘s forgettable September could quickly turn into a nightmarish October. The Reds have won just one of their last seven matches and host Manchester United at Anfield on Saturday.

Anything other than a win will heap more pressure on manager Jürgen Klopp and his players. They're already seven points off the pace in the Premier League, winless in the Champions League and out of the Carabao Cup.

To make matters worse, they'll be without Sadio Mané for the next six weeks after the Senegalese international injured his hamstring while away on international duty.

The Merseyside club toiled in the absence of Mané during September, winning just one of the three matches without their star forward. It was a similar story last season, too.

Mané was absent for January, Liverpool's worst month of the campaign and then picked up a season ending injury in April. He finished 2016/17 with just the 26 starts in the league as the Reds limped to a fourth place finish.

Addressing the over reliance on the former Southampton man was at the top of the list this summer. After all, without Mané in their forward like Liverpool looked pedestrian, slumbersome, blunt and almost one-dimensional.

Mohamed Salah arrived from Roma for a then club record £39million and Alex Oxlade-Chamberlain swapped London for Merseyside on deadline day for £35million.

Salah offers goals and pace while Oxlade-Chamberlain provides the latter. It means the Reds are better equipped to deal with the loss of Mané but a lot depends on how Klopp opts to use the players at his disposal. 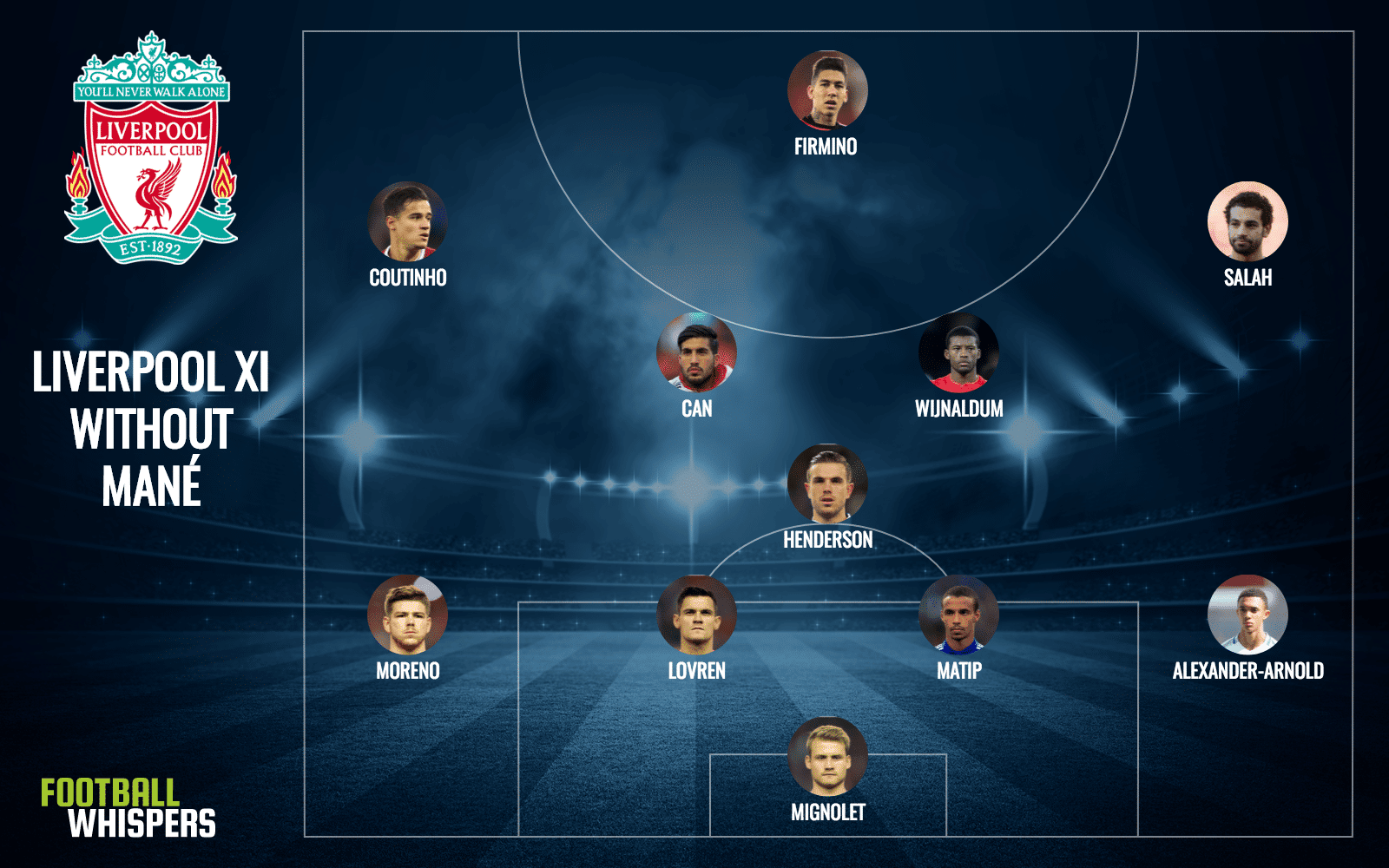 Klopp could go for the safe option and push Philippe Coutinho into the attacking trio just as he did against Leicester City during the 3-2 win.

Coutinho impressed on the left of the attack last season and finished with a career best 13 goals in the league. He'd pick the ball up on the left flank, cut in side before feinting to shoot until he had enough space to fire an effort goal-wards. It quickly became somewhat of a trademark move.

Despite it being obvious what the Brazilian maestro would do teams were powerless to stop it.

Klopp knows what Coutinho can do from that position. But is it worth moving him from the middle third when there's nobody in the squad capable of doing what he does in that role?

The Reds lack guile in that area of the pitch when Coutinho isn't there and have trouble breaking the defensive lines. 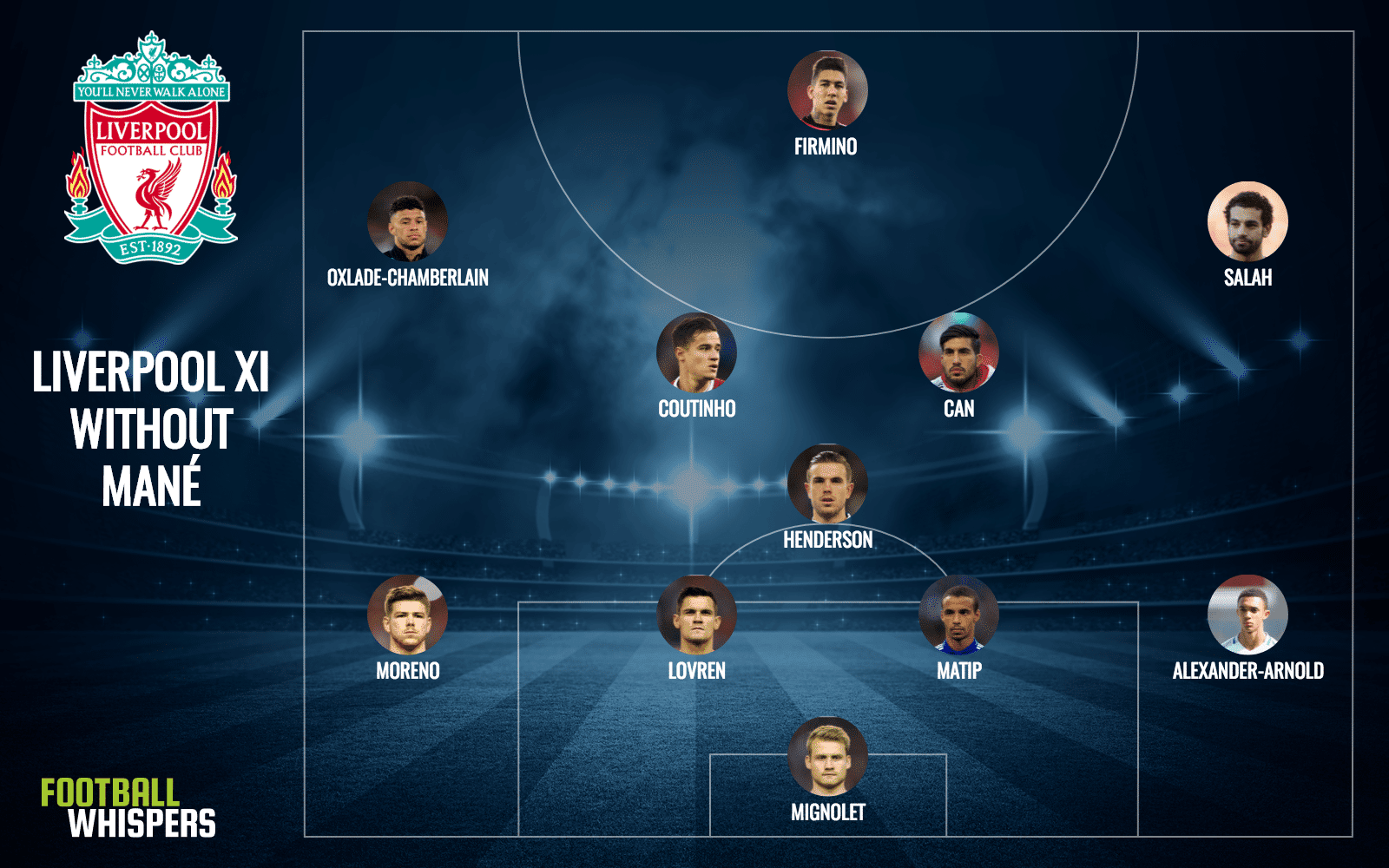 Though Oxlade-Chamberlain reportedly arrived to play as part of the midfield, it's unlikely he'll have any complaints operating in the attack alongside Roberto Firmino and Salah with Coutinho pulling the strings behind.

He may not be as quick as Mané but he's no slouch. The threat of this will in theory keep full-backs pinned and create more space in the centre of the pitch. He's also direct and is aggressive when attacking the area behind the full-back which is a positive but the big issue would be the fact he's not a goalscorer, or at least he wasn't for Arsenal.

He appeared in 198 matches for the Gunners in all competitions and finished with 20 goals to his name. It is worth remembering though that he played a number of different roles while at the Emirates.

But you can't escape from the fact Mané scores and creates. Anybody coming in to replace him will have to do that.

It's understandable if it's not at the same rate but the threat has to be there otherwise there's a flaw in the system and Liverpool won't be as effective as an attacking unit.

Outside of the box thinking 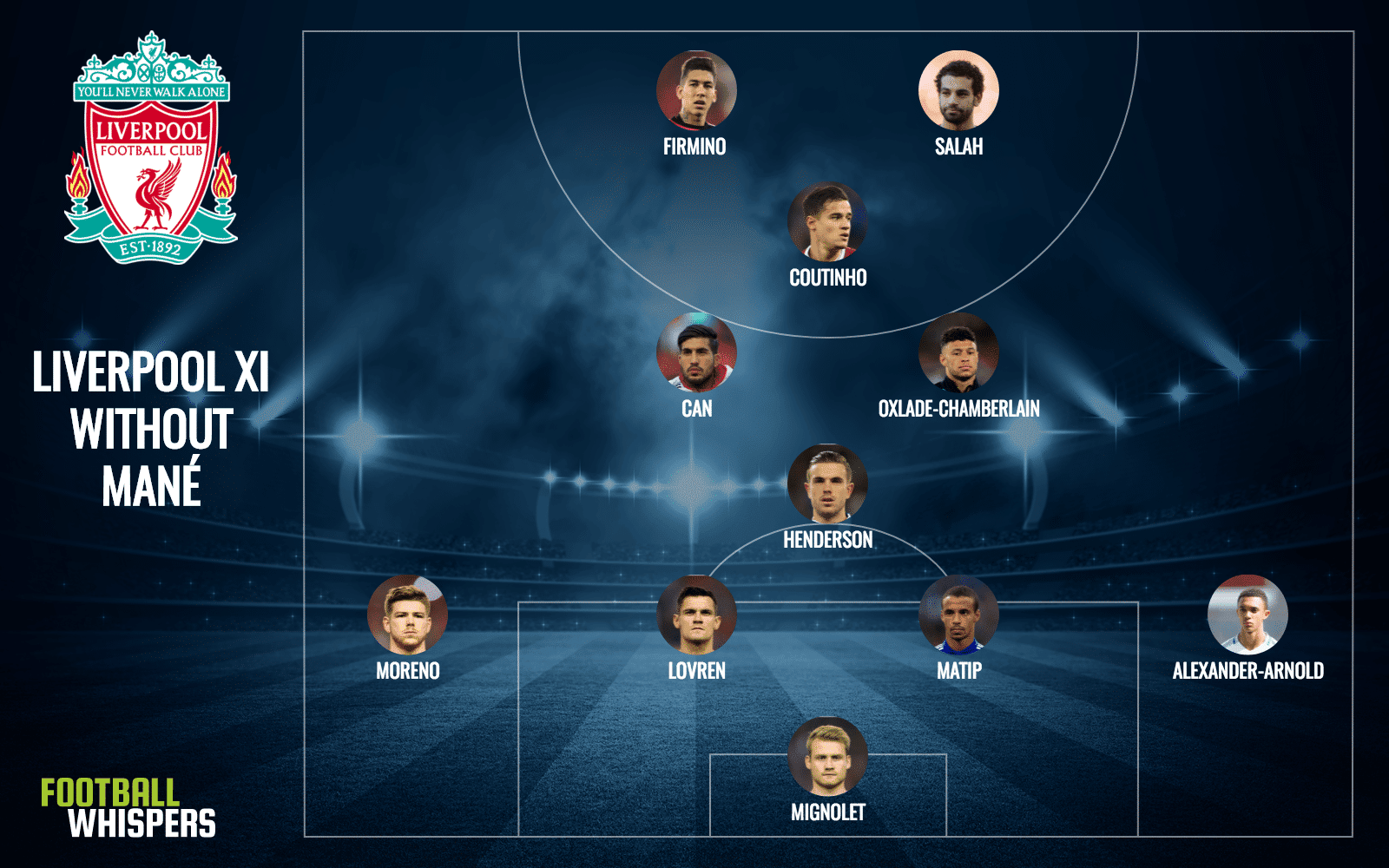 Teams struggle when up against two strikers these days because so many teams operate a system with just the one. Liverpool might not have started with a diamond at all this season but there shape, at times, has looked like one.

Firmino would drop a little deeper to help the midfield while Mané and Salah would tuck inside to act almost like two traditional strikers.

A two of Salah and Firmino would give the opposition a lot to think about. The Egyptian offers the threat in behind with his pace while the Brazilian drags players out of position with his movement. On paper it's a balanced partnership. Are they prolific enough? Possibly not.

The midfield four behind them is versatile and the width would come from the full-backs. It might not be Klopp's go-to formation of choice but it would well be worth a gamble.