Liverpool are set for a busy summer in the transfer market with Jürgen Klopp looking to piece together a squad capable of competing in both the Premier League and Europe.

Miguel Delaney of the Independent has reported the Reds are looking to bring a minimum of five players to the club before the start of the next campaign.

Fulham's Ryan Sessegnon, RB Leipzig duo Naby Keïta and Timo Werner, Hull City left-back Andrew Robertson and Southampton's Virgil van Dijk were all named in the report as being top of the list of potential targets for Liverpool.

Many of the names aren't new ones to fans of the Merseyside club. Back in March, Football Whispers exclusively revealed that Liverpool had held talks with Southampton and van Dijk's representatives over a potential summer move.

We then broke the news in April that Klopp and the Liverpool recruitment team had been in contact with Keïta's agency for close to a year.

Earlier this week the Mirror claimed Liverpool had made an attempt to secure the services of Robertson, while The Guardian linked the Reds with a move for Werner back in March, the same month Yahoo Sports revealed the Merseysiders believed they had won the race for 16-year-old Sessegnon.

READ MORE: WHY LIVERPOOL MUST SECURE THE SIGNING OF VAN DIJK

If these links come to fruition, Klopp could have quite the squad at his disposal and Liverpool will have the depth they desperately need if they are to fight it out on all fronts.

With that in mind, we've taken a look at possible ways the Reds could line up next season. 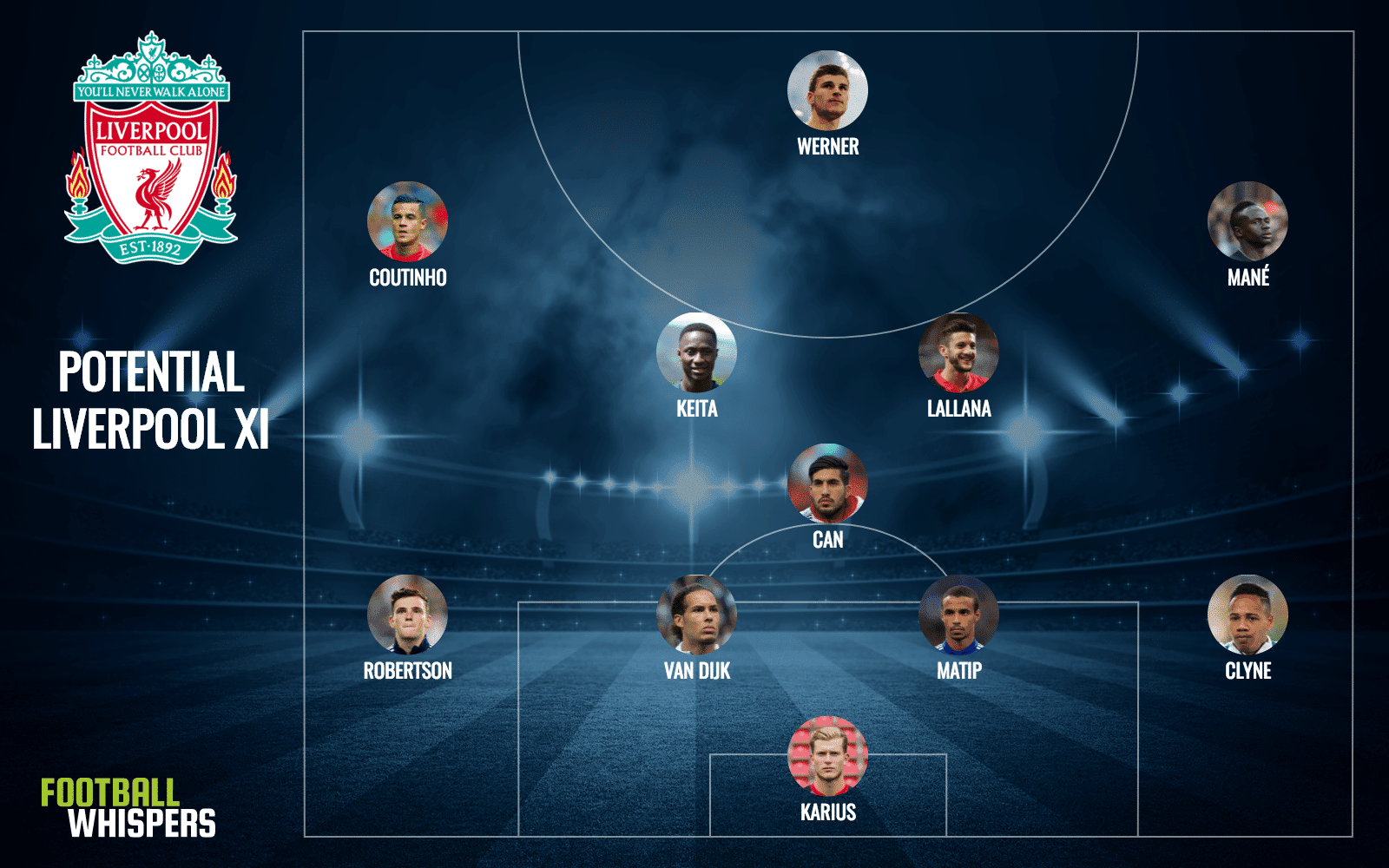 READ MORE: WHY TIMO WERNER IS A GOOD FIT FOR LIVERPOOL

It was easier when Liverpool had fewer options. Leaving the likes of Jordan Henderson, Wijnaldum and Firmino on the bench isn't easy but there are reasons behind it.

First off, there's no way to be certain that Henderson can be relied upon. He was ruled out towards the end of February with a bruise and he's not been seen since.

Over the past two years he's missed an entire season's worth of Premier League football. Therefore, building a team in which he's a starter could be a mistake until you know for sure he's over his injury issues.

Wijnaldum misses out simply due to the fact Keïta is a better player and Klopp seems fond of Adam Lallana. So, by default, he's the one sitting on the bench. Much like Henderson he's a good squad player to have, the Dutchman has been involved in 29 goals during his two seasons in England.

The tough decision sees Werner start in place of Firmino. With it being a World Cup season the former VfB Stuttgart man will have his eyes on a place in the German squad and he's only going to get that if he's playing football on a regular basis.

He's not going to leave guaranteed minutes at RB Leipzig to sit on the bench at Anfield.

With Coutinho being effective on the left and Mané making the right side of the attack his own the only place for the versatile forward is central, meaning Firmino misses out.

Robertson replaces James Milner at left-back to give the Reds some natural width down that flank and you would assume van Dijk replaces the inconsistent Dejan Lovren.

Loris Karius has sneakingly been included but after Simon Mignolet's positive end to the campaign there's no reason the Belgian couldn't start as the first-choice ‘keeper again next term. 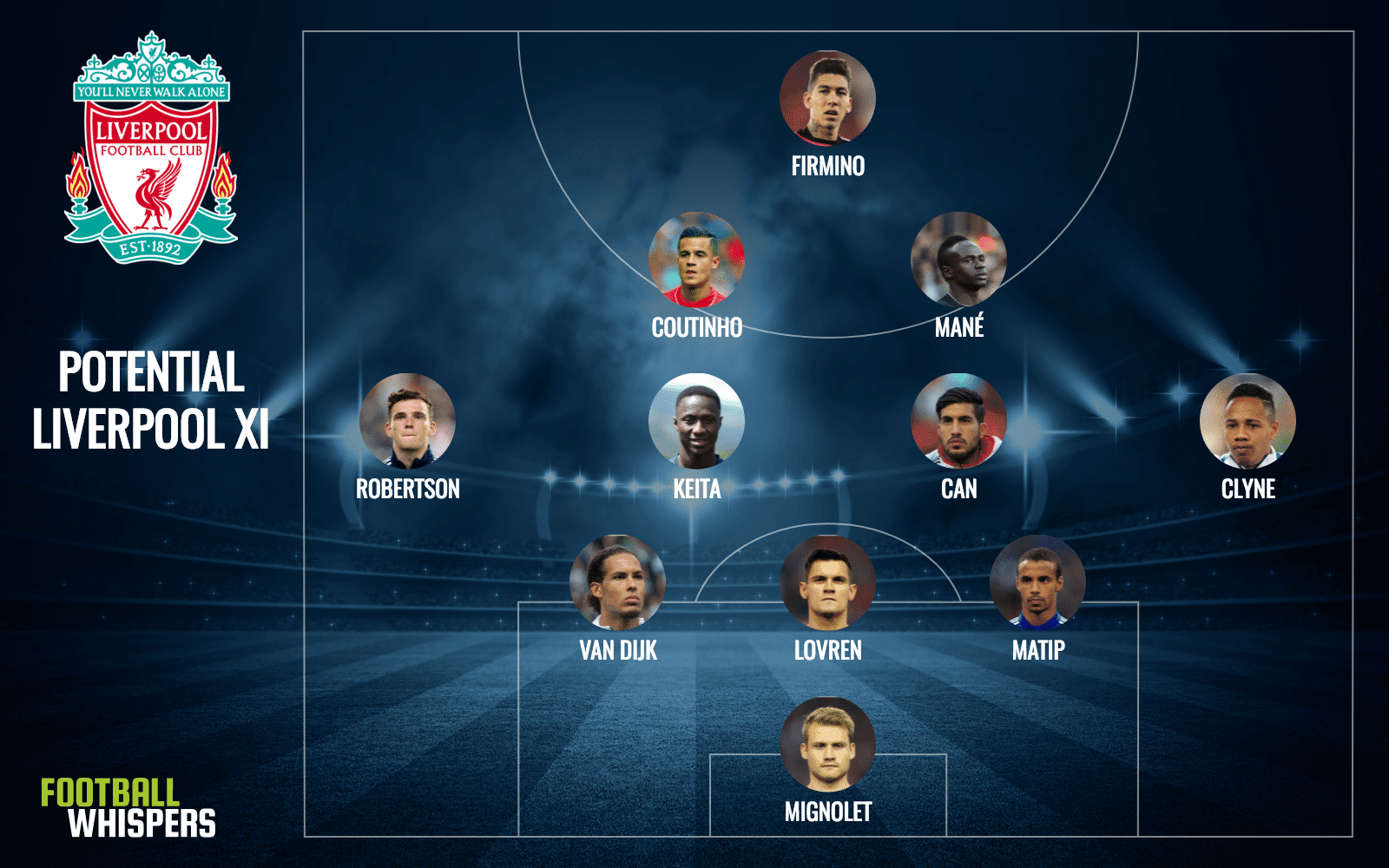 If Klopp wanted to move away from the 4-3-3 formation he's used this season the Reds could line up in a 3-4-3 variation. It's a system the team aren't unfamiliar with having used it occasionally this season.

If, and it's a big if, the frailties in defence aren't addressed this summer then it's a system which would give the defenders extra protection. You would make the most of Robertson as a left wing-back, a position he excelled in for Hull earlier on in the season.

Keïta has played in a midfield two this season for RB Leipzig so knows all about the positioning and the work rate required to play such a role. Partnering him with Can would mean the Reds have a dynamic, powerful midfield with a three man defence behind them sweeping up.

Mané would be in a more central area to start off with but he has played a similar role for Southampton and his positioning for Liverpool this season isn't too dissimilar either.

Liverpool in a diamond shape 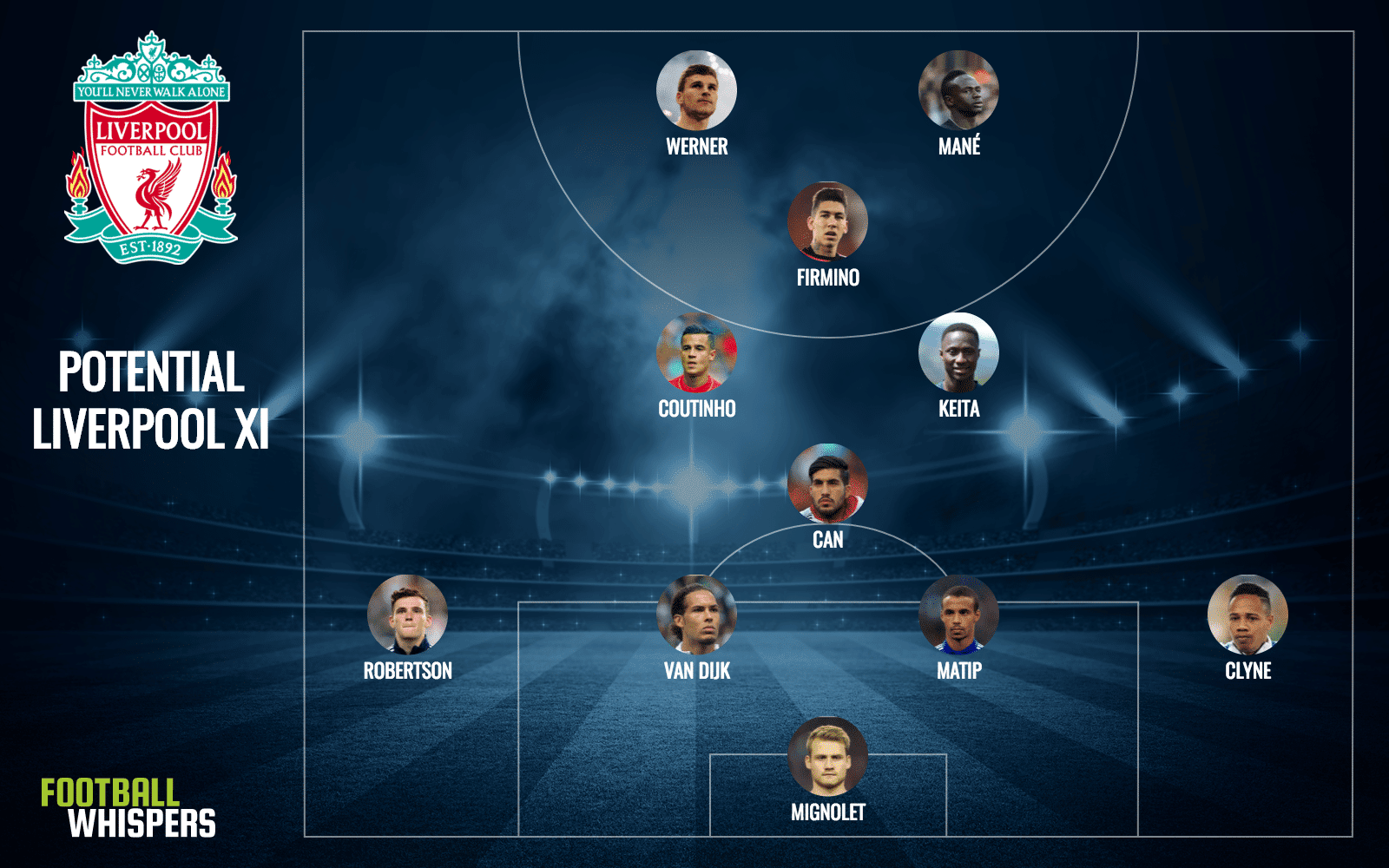 Liverpool fans have fond memories of the diamond. It's the shape which Brendan Rodgers used during the 2013/14 season as the Reds pushed for the title right up until May.

Daniel Sturridge and Luis Suarez, with Raheem Sterling in behind, ran riot that season. However, Liverpool could have the personnel next season to be even more effective in such a formation.

West Ham United had no answers to the shape on Sunday as Klopp's men hit them for four. On another day it could have been eight.

With Werner and Mané playing as the two strikers you have two players who want to get in behind. They're waiting to pounce on any short passes backwards or any perfectly timed lofted balls over the top. They have the pace to petrify every single defence in the Premier League, and the majority of clubs in Europe too.

Firmino would be tasked with creating space and getting beyond the strikers when they run the channels, something both would be comfortable doing having played as wide forwards throughout their careers. Coutinho would be pulling the strings in a deeper role, Can could control the space ahead of the defence and Keïta would be the man operating between defence and attack.

If they're able to secure the signings of these players then Klopp and co have a good type of selection headache heading into the new season. It's a title challenging squad and they have the depth to no longer be reliant on a select few players.

With Alex Oxlade-Chamberlain and Mohamed Salah also being linked it could be one of the most exciting squads in Europe.

Which team do you prefer? Let us know.