Consecutive defeats to Watford and Chelsea, as well as a 5-1 humbling at the hands of Bayern Munich in Germany, have severely stunted Arsenal’s hunt for major honours this season. These three results, which occurred over four games, have left Arsene Wenger’s side in a vulnerable position in the Premier League, where they now sit 10 points behind Chelsea, and have all but ended their hopes of progressing beyond the Champions League second round stage for the first time since 2010.

Having stuck rigidly by a 4-2-3-1 shape throughout the season, now is the time for Wenger and Arsenal to consider alternative tactical options, both in terms of system and personnel. They may not be able to sign players at this moment in time, but with a squad filled with talent it’s vital that all possibilities are looked at as the club’s traditional top four league finish appears increasingly uncertain.

Wenger has occasionally experimented with a rough 4-3-3 at various times in recent seasons, and he would be wise to reconsider this system in the near future. Going for an orthodox 4-3-3 could involve dropping Mesut Özil, though some fans have called for this in light of the German playmaker’s poor recent performances, which have seen him go without a goal or an assist in four games.

The more traditional version of this setup would involve utilising the aerial threat, control and hold-up play of Olivier Giroud, who is a natural centre forward. He would be the target for crosses from the wingers and direct balls from deeper, looking to bring others into play and fashion scoring chances for himself. 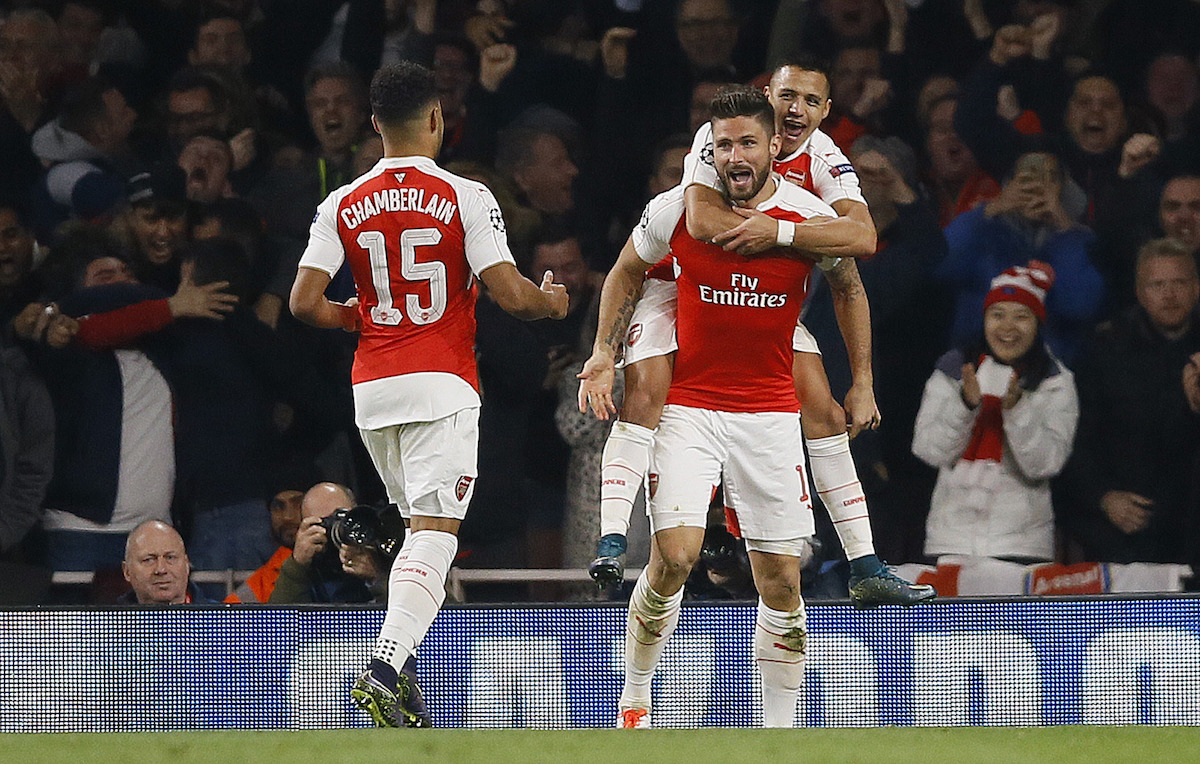 With a three-man midfield offering good occupation of the centre, the wide men – perhaps Alexis Sanchez on the right and Lucas Perez on the left, or Alexis on the left and Theo Walcott on the right – would have greater attacking license to get forward and combine with Giroud, or attack the space created by the Frenchman’s running and movement around the opposition’s defensive line.

An alternative 4-3-3 would see Arsenal dispense with the centre forward role altogether, instead opting to utilise the subtle lateral movement, exceptional touch and vision of Özil as a false nine. The creator could relish this freer role, enabling him to operate between the lines and roam from side to side looking to offer penetrative forward passing options to his deeper team-mates and connect with the wide forwards.

With Özil as a false nine, opposition centre-backs would have a tough time deciding how to track the player. This confusion could lead to disorganisation which would be exploited by two fast wide players looking to drive inside in Alexis and Walcott, Perez or Danny Welbeck. 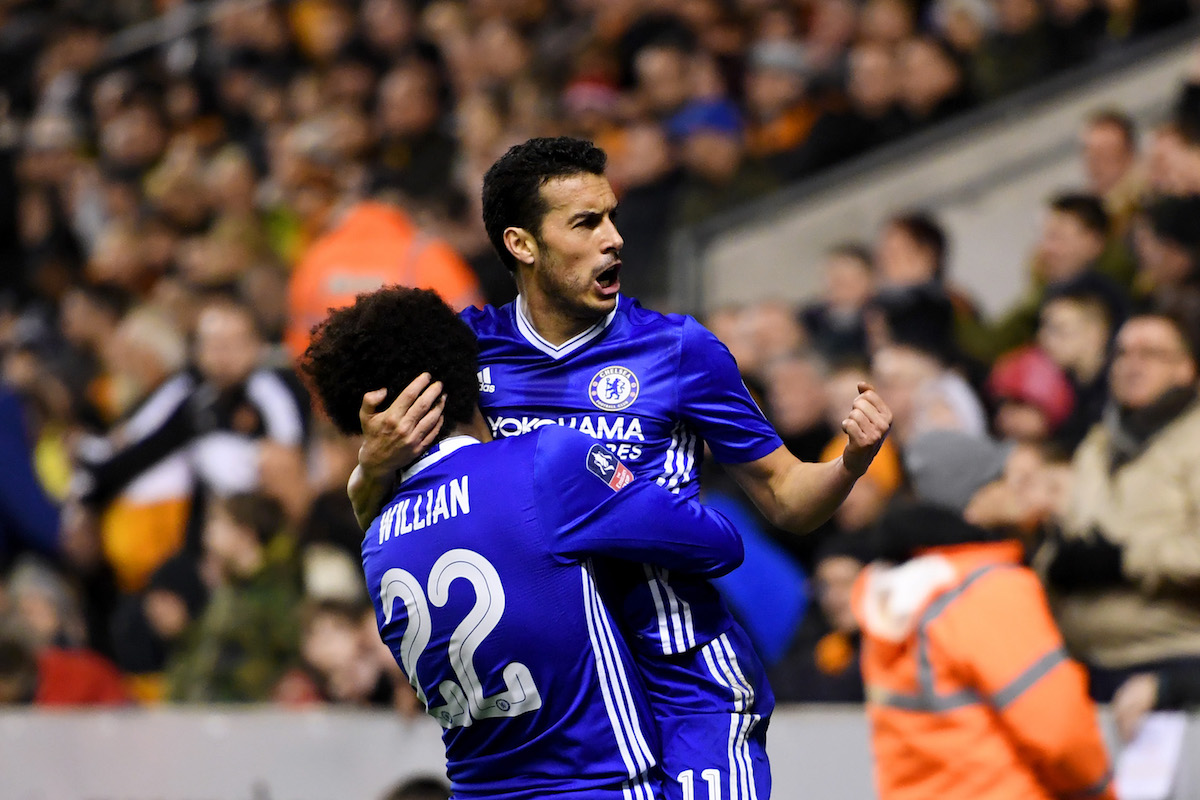 Antonio Conte’s Chelsea have enjoyed concerted success while using a basic 3-4-2-1 shape this season, and Wenger has the tools to make use of a similar formation at Arsenal.

The back three would likely be made up of Gabriel, Shkodran Mustafi and Laurent Koscielny. The former has experienced playing at right-back this term and would not be completely uncomfortable with a right-sided role in a back three, while the latter has always had a tendency to attack the left channel with the ball at feet in a bid to draw out the opposition. In a back three, with two other central defenders to cover, this tendency of Koscielny’s would be well supported.

This system would also, theoretically, get the best out of both Héctor Bellerin and Kieran Gibbs. Both full-backs are much better going forward than they are in defensive situations, both possess real speed, and both are energetic enough to patrol the touchlines by themselves, all of which would be indulged in the 3-4-2-1.

Finally, this shape would allow Wenger to play both Özil and Aaron Ramsey in positions that they would feel comfortable with, as inside forwards behind a lone striker. In the attacking phase, the duo would operate in the channels between the opposition full-backs and centre-backs, looking to find pockets of space and drive inward at defences.

The only potential issue in this system would be the response of Özil and Ramsey in defensive transitions and their performance in the defensive phase. Chelsea have managed to instruct their inside forwards – Pedro and Eden Hazard – to work hard and recover their defensive position quickly upon loss of possession, though whether Özil and Ramsey could be so effective without the ball is questionable.

Leicester won the Premier League last season with a fairly simplistic 4-4-2 setup that focused on a compact defensive structure, followed by quick attacking transitions that utilised the pace of Jamie Vardy and skill of Riyad Mahrez on the counter-attack. To expect Arsenal to play the same way would be unrealistic, but Wenger could get more out of his players if he placed less emphasis on ball retention and more on retention of shape.

This season, Arsenal have averaged 56.4 per cent of possession, the fourth-highest total in the Premier League. However, they have the tools necessary to win while having less of the ball.

With a physically imposing, defensively oriented central midfield duet of Francis Coquelin and Granit Xhaka in front of a back four, penetration on the break would be provided by Walcott and Alex Oxlade-Chamberlain on the flanks and Alexis and Welbeck up front.

Furthermore, the front two – both of whom are renowned for their insatiable work ethic – would be comfortable acting as screens defensively, moving from left to right and pressurising the opposition in an attempt to win the ball back and instigate quick counters high up the pitch.

And, if Wenger wants a more layered midfield, he could always opt for a diamond shape, with Xhaka sitting deeper to pick the ball up from the centre-backs, Coquelin and Oxlade-Chamberlain shuttling on either side of the Swiss international, and Özil playing behind the front two of Alexis and Welbeck. This would mean giving up the cut and thrust provided by wingers, but it would also allow Arsenal to have a more compact midfield shape with better angles to create passing combinations.