Replacing the void left by the legendary Francesco Totti in the Italian national team was never going to be easy. Courtesy of Totti's uniquely multifaceted skillset, positional versatility, magical vision, vast understanding of the game and his wicked technical gifts there just aren't many players out there quite like him.

“Totti is one of the few players who doesn't have a substitute because there is nobody around who plays like him,” insists Marcello Lippi, Italy's 2006 World Cup winning manager.

“There are no alternatives for Totti.”

So finding an heir who's comparable has undoubtedly been a tough task. But here are three men who should provide the Azzurri with at least some of the qualities the iconic Totti posseses looking ahead. 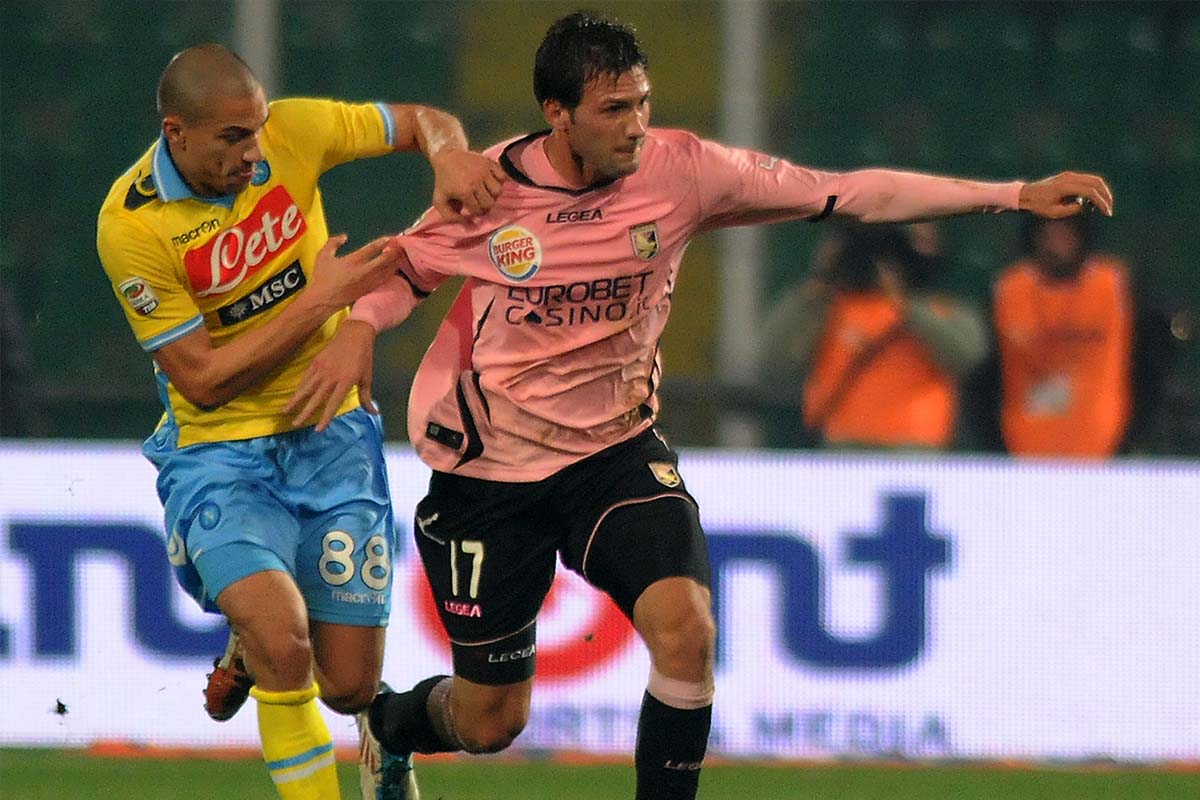 Palermo's Argentine born trequartista, who smartly chose to represent Italy due to his mother being born in Padova and knowing his chances of representing Argentina are heavily hindered by their long list of established attacking stars, has been nothing short of exceptional over the last two seasons. Upon taking into account the constant physically, and mentally, draining trips back to South America that he would've been required to embark on if selected, his decision to play for Italy certainly makes entirely good sense.

Last season served as a breakout campaign for the Cordoba native, as he forged a sensational relationship with Paulo Dybala, who subsequently moved to Juventus following his fine efforts. While Dybala drew most of the plaudits, Vazquez's vision and sublime passing ability that he continually used to unlock defences all over was vital to his countryman's overwhelming success. In addition, his cunning movement in and around the attacking third served as a terrific source of spatial creation for Dybala.

Vazquez remarkably ended the 2014/15 campaign as Serie A's highest rated player, ahead of Paul Pogba and Gonzalo Higuain. His 10 goals, 10 assists and the fact he led the division in most key passes per game and most successful dribbles pg suitably illustrated his immense playmaking qualities (stats courtesy of Whoscored.com).

After losing Dybala and another of their attacking weapons in Andrea Belotti, who jumped ship to Torino, Palermo have endured a torrid season this time round. Maurizio Zamparini's propensity to consistently sack his managers has obviously played a major role in their struggles too, but to Vazquez's credit, he's had an outstanding season, as he's been their star man once again.

Put simply, without him, the club would've most probably suffered relegation. On the last day of the season, Palermo's stirring, survival securing 3-2 victory over Hellas Verona owed much to the 27-year-old's exploits, for he scored their opener and put in a typically incisive yet industrious showing.

By the numbers, he also stacks up magnificently this season. He ranked as the league's fourth highest rated player, behind only Pogba, Higuain and old mate Dybala, plus he orchestred a brilliant 1.5 key passes pg, had 2.9 shots pg, completed a majestic 3.5 dribbles pg and was fouled more than anyone else in the division (5.5 times a game). Indeed, the latter stat accurately accentuated what a tricky customer he's been to come up against for any defensive unit.

Meanwhile, on the defensive end, his contribution was equally impressive. Oozing enthusiasm and intensity, he's never one to shy away from his defensive responsibilities and get stuck in. His 2.3 tackles pg and the statistic that states Vazquez committed more fouls per match (3.4) than anyone else aptly depicts his tenacious approach – something that undeniably further endears him to Palermo's fiesty fans.

Even though Antonio Conte has been reluctant to pick the wildly gifted and effective number 10, who's only been capped twice and was omitted from his Euro 2016 squad, the next Italian manager might just realise and appreciate what a real game changer he can be. With the key caveat, of course, being if he's selected. 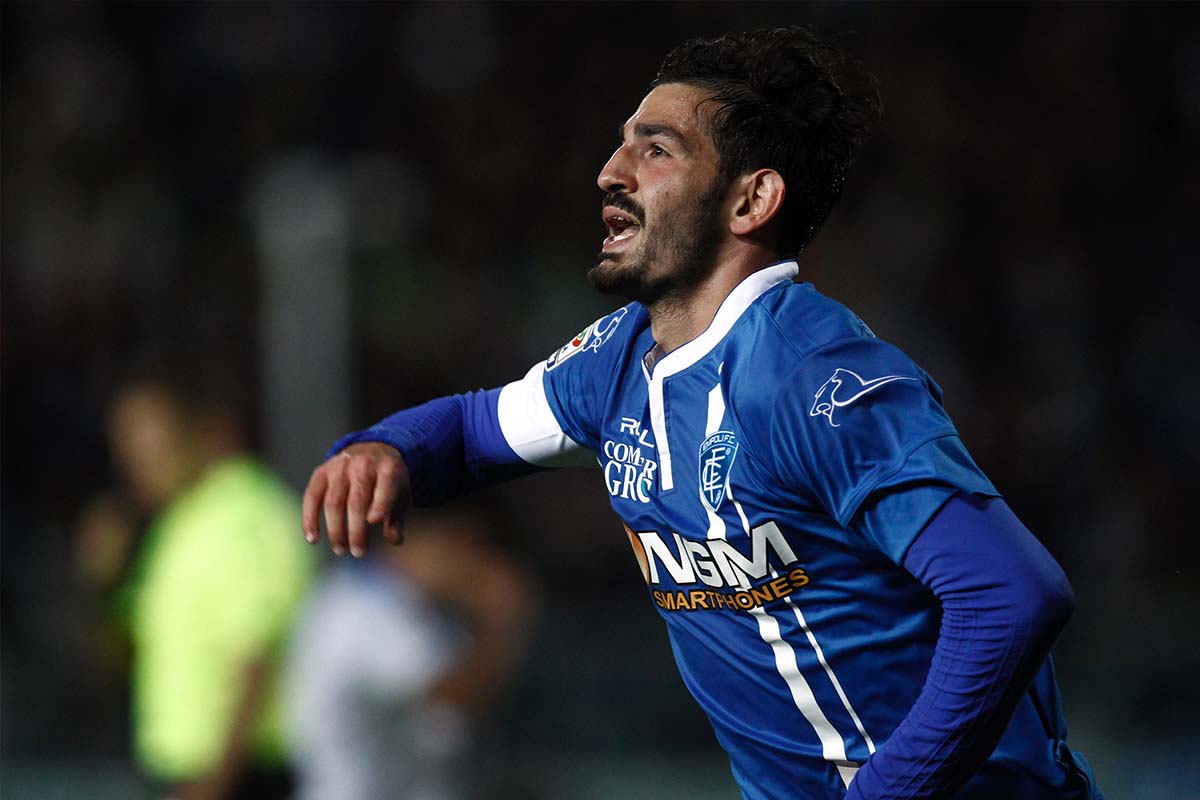 With every passing game that Saponara stamps his mark on, he makes the Rossoneri cringe at their mistake to let him leave. “They didn’t give me much time and continuity to show my worth, Empoli gave me a chance to fail,” he poignantly notes.

For the man who arrived at the Milanese giants for €4.8 million in 2013 from Empoli, the club's startling decision to never really gave him a chance saw him only feature eight times for the club, spanning a mere 218 minutes.

“The experience with the Rossoneri gave me a lot in terms of character. I think there are certain trains you should always board when they’re passing, and looking back I’d make the same choice,” Saponara explained.

Since returning to the familiar confines of his much loved Empoli, where he underwent a successful transformation from winger to trequartista, the battle hardened maestro has thrived, firstly under Maurizio Sarri and now with Marco Giampaolo.

Blessed with a masterful footballing brain and feet to match, the 24-year-old's ability to find and manipulate space and use his invention in possession has seen him really animate his side's work in the final third. Being a midfielder who can score goals has only amplified his worth, in a season where he's arguably been Empoli's premier performer.

While his five goals, 11 assists, 2.2 kp and 2.1 dribbles pg don't tell the whole story of his worth, they do, however, give a tangible indication of what an integral component of Empoli's hard working, united side he undisputedly is.

Amazingly, he's yet to receive a cap for his national side, but this will surely be rectified sooner rather than later. 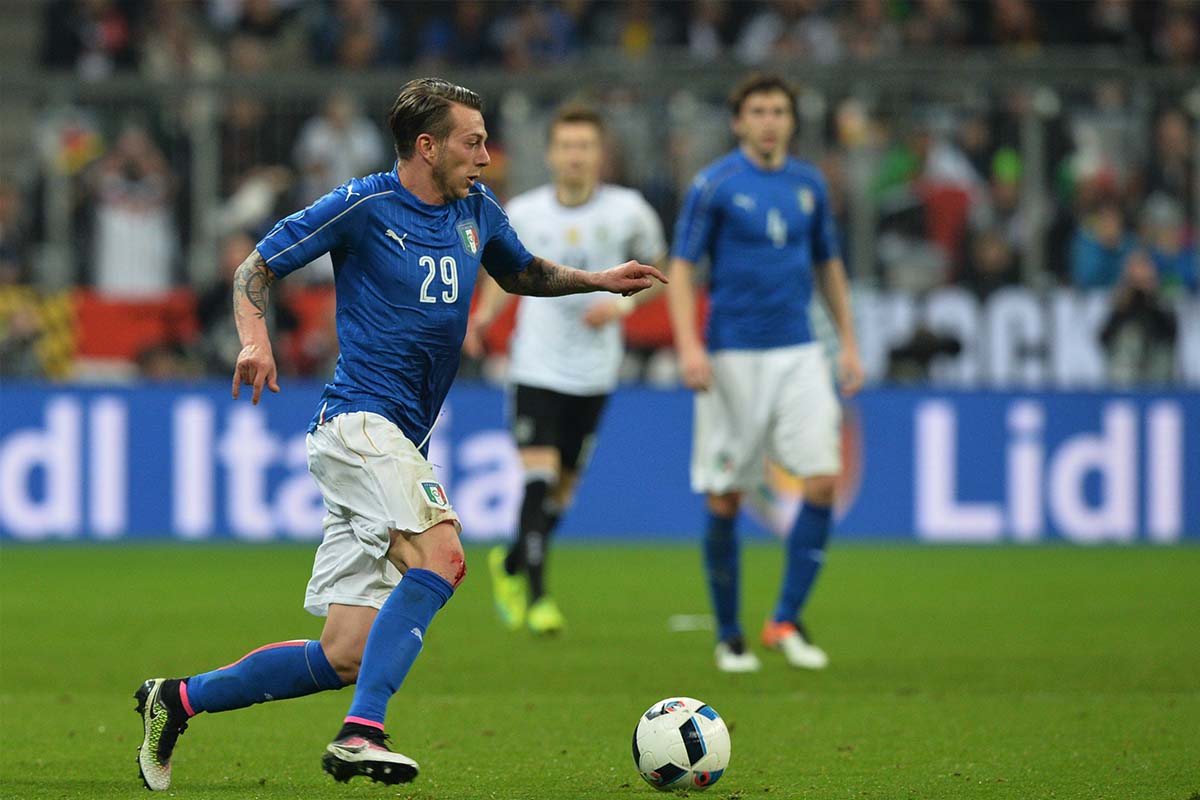 After an injury ravaged 2014/2015, Fiorentina's young sensation, Federico Bernardeschi, has shown what an exciting prospect he is when fit and afforded a chance. With the full backing of La Viola's manager, Paulo Sousa, his versatility, tactical intelligence and technique have seen him become a key member of the Portuguese manager's squad.

The 22-year-old's rapid development has been a huge positive for the Tuscan side, as he's shown why his ability to adapt to many different roles has given his manager a great degree of tactical flexibility. Bernardeschi's been deployed not only in his preferred playmaking role, but also out wide, as a right wing back and at left wing back. Indeed, the discipline and maturity he's exhibited to adjust to each task with unwavering commitment and without fuss has been extremely impressive.

“He is a player who has a strong desire to help the team, the city and himself,” Sousa mused.

“When a player has this attitude, the coach has the ability to change tactics. Not everyone has this open-mindedness.”

Although his form dropped in the second half of the campaign, as did the team as a whole, the man who wears the number 10, like his idols Rui Costa and Roberto Baggio did, can be proud and satisfied with his fine exertions.

“I’ve been Viola for many years  I want to bear the shirt with honour, without presumption. Having the number 10 on my back is a source of pride. I feel many eyes pointed on me,” he said.

“It gives me confidence and pushes me to always give my best for this shirt, on the pitch and in training.”

Making Antonio Conte's preliminary squad for the Euros served as a marvelous reward for all his solid work.

With Barcelona recently declaring their interest, you get the feeling Bernardeschi's strong connection to the club he loves should see him stay a while longer yet and cement himself as a legend at his boyhood team.