Romelu Lukaku’s decision not to sign a new contract at Everton is dominating the headlines but the Toffees can’t let this setback disrupt their summer plans. After all, there's more to life than just the big, powerful Belgian.

Since joining in the summer, Ronald Koeman has went about injecting youth, energy and pace throughout the squad everywhere apart from the defence.

Ademola Lookman and Yannick Bolasie joined as pick me up for the attack. While Idrissa Gueye and Morgan Schneiderlin transformed the midfield with the help of Pep Guardiola's chief tormentor Tom Davies, who was promoted from the youth set-up. 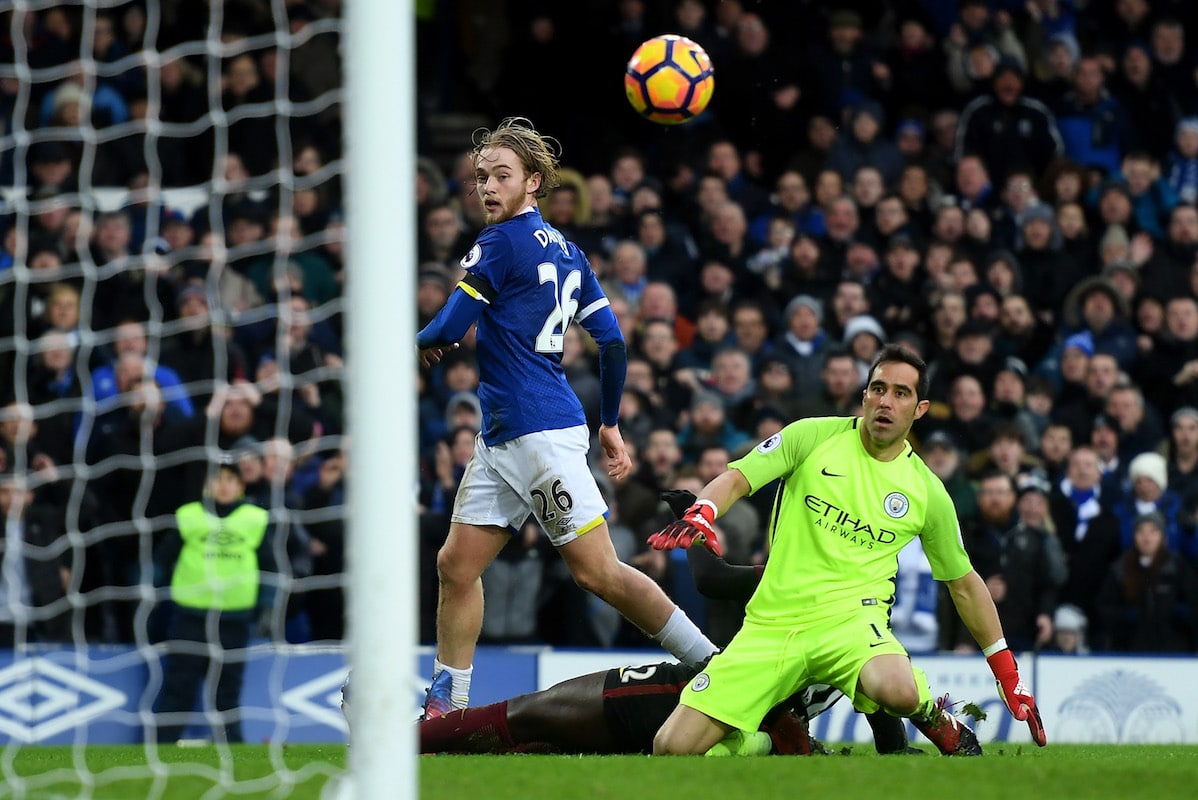 READ MORE: WHY EVERTON HAVE ONE OF THE MOST EXCITING SQUADS IN THE PREMIER LEAGUE

Defensively though, such reinforcements never arrived. John Stones was sold to Manchester City for £50million and Ashley Williams was signed from Swansea but with him being 33-years-old this year, he's not a long-term option for Koeman. Phil Jagielka, tipped with a move away from Goodison Park in January, is 35-years-old in August and his time at the top level is coming to an end.

Question marks still hang over the head of Argentine Ramiro Funes Mori and Mason Holgate, although he is highly rated, has still got a lot to learn. Koeman isn't blessed with defensive options and it's why a new centre-back should be at the top of Everton's list of summer transfer targets, even if big Rom does leave.

Here at Football Whispers, we combed through a long list of defenders who we feel might suit Koeman's style of play, as well as those who have been linked with a switch to Merseyside since the summer. We then narrowed it down to just the three names.

They reportedly have money to spend and could see their kitty bulge if Lukaku does depart.

It was by no means easy. Everton's Dutch manager demands that his centre-backs are comfortable and competent on the ball. They have to be dominant in the air and proactive in their approach.

Williams (2.3), Jagielka (3.4) and Funes Mori (2) all win their fair share of headers. When you combine their tackles and interceptions, all three average 2.5 or more per 90 minutes.  When it comes to distribution of the ball, the trio are all around the 80 per cent mark for pass success rate and both Jagielka and Williams attempt more than 40 passes per match.

Those figures aren't guidelines but it does help paint a picture of the sort of centre-back the former Southampton manager requires.

Tom Heaton and Michael Keane have been called up to the England squad for the games with Germany and Lithuania#twitterclarets pic.twitter.com/YAvmJUkQ7r

The Daily Mirror claim Everton are at the front of the queue for the 24-year-old former Manchester United youth player. The Burnley centre-back was linked with a £20million move to Merseyside throughout the January transfer window but a deal never materialised.

However, recent reports suggest Everton haven't given up hope and Director of football Steve Walsh is a fan. It's easy to understand why. The powerful centre-back wins 4.2 aerial duels and comes in with a combined score of 2.8 for tackles and interceptions

It's on the ball he doesn't really impress but perhaps that's down to the style of play Burnley use. He attempts just the 31.6 passes per 90 minutes and completes 73.1 per cent of them.

Keane's current deal expires in 2018 so this summer represents the last chance for the Lancashire club to cash in on him.

Could Issa Diop be the latest Ligue 1 star to join @Arsenal? Here's why the Gunners should be targeting him https://t.co/coC8NWVR82 pic.twitter.com/Auoozs0Mjn

Issa Diop has impressed at the heart of the Toulouse defence this season and at 20-years-old he's nowhere near his prime. Walsh raided Ligue 1 for N'Golo Kante so knows that there are bargains to be had and Diop could be just that.

He's not as aerially dominant as the current Everton centre-backs, winning just 1.6 of his aerial duels, but at 6ft4 he has the potential to be quite the force. He plays alongside Christophe Jullien who wins 4.7 headers per match which, by default, makes Diop the sweeper.

Like with Keane, It's Diop's passing which he fails to excel in. He completes 74.4 per cent of the 34 he attempts. That would need improving. He wins a combined 3.4 tackles and interceptions per 90 minutes. He ticks that box and then some.

He has a contract with the Ligue 1 side under 2020 but it's looking like they are going to have to sell one of Diop or Alban Lafont in the summer with €15million reportedly the magic number for the defender. Walsh and the Everton recruitment team could make the most of this opportunity.

Rueben Semedo is reportedly a summer transfer target for Manchester United as an alternative to Benfica's Victor Lindelof. He's been one of the standout performers for Sporting Lisbon so far this season and he deserves the attention coming his way.

Everton could make a statement by securing his services ahead of Jose Mourinho's men. However, the 22-year-old wouldn't be cheap. He's contracted to the club until 2022 and the Portuguese club are notoriously difficult to negotiate with. He has a £35million release clause which the Toffees may be forced to pay.

Is he worth it though? If he can fulfill the potential he has then definitely.

So far in this league campaign he's won 2.8 aerial duels and made an astonishing 5.1 tackles and interceptions per 90 minutes. However, not content with that he is influential on the ball too completing 90.3 per cent of the 49.1 passes he attempts.

SHOULD THE TOFFEES BRING WAYNE ROONEY BACK TO GOODISON PARK?