With only the Scottish Cup standing between Celtic and a first domestic treble since 2003, Brendan Rodgers will already be looking at improving his squad for next season and a centre-back is sure to be high on his agenda.

Kolo Touré, at 36, is unlikely to be too heavily involved next season. Dedryk Boyata, another former Manchester City player, only made two starts before the end of January but has forced his way into Rodgers' thinking since.

That leaves Jozo Šimunović and Erik Sviatchenko who have been the Bhoys' first-choice pairing this season. But a third centre-half to challenge the duo is required – especially if Celtic are to challenge on four fronts next term.

Taking into account Rodgers' style of play, and the fact any new arrivals must be comfortable on the ball and playing out from the back, we've come up with three central defenders the Hoops could target. 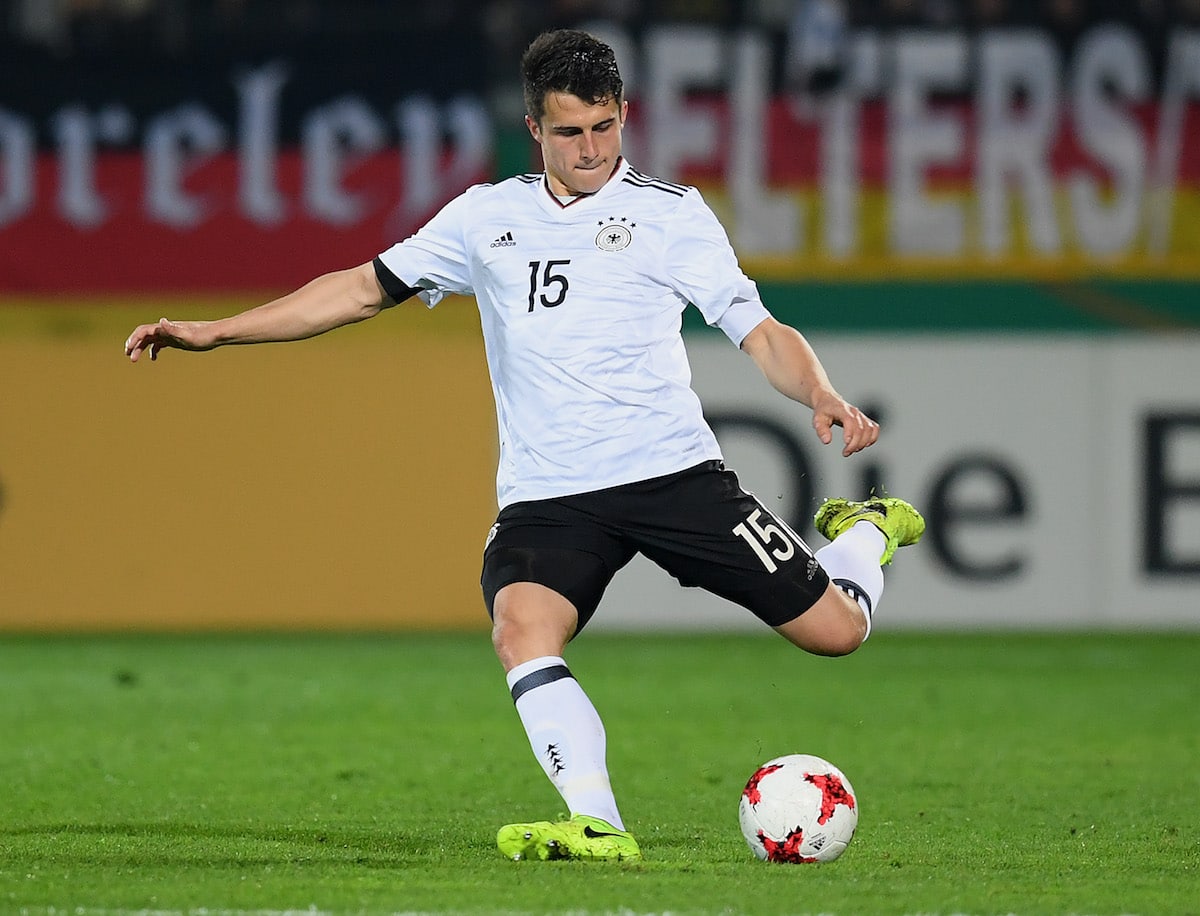 Strong and quick, Marc-Oliver Kempf comes highly rated in his homeland where he plays for Bundesliga side Freiburg. The 22-year-old has represented Germany at Under-21 level on two occasions.

Born in the small town of Lich, Kempf turned down the opportunity to join Italian giants Juventus in 2013. Agent Mino Grillo said of the then-18-year-old's decision: “Juve, who beat Inter and Borussia Dortmund for him, were going to pay to get him on loan, with an option to buy him outright.

“Juve told him that he would be part of the first team squad and the Primavera side. But he rejected because he has the guarantee of playing more League games in Germany than in Italy where there is resistance in fielding youngsters.”

That proved a wise decision from Kempf. He remained in Germany and moved from Eintracht Frankfurt to Freiburg instead in an €800,000 deal.

Kempf made 29 starts in the 2.Bundesliga last season as the Breisgau-Brasilianer were promoted as champions. But he has featured less frequently this term, making just eight appearances in the league.

His decision making and concentration need work but that will come with age. What he already boasts is pace for getting out of trouble – a useful attribute given his shortcomings.

In the still below, taken from Freiburg's 4-0 defeat at RB Leipzig, Kempf spots the danger of a ball in behind left-back Aleksandar Ignjovski. 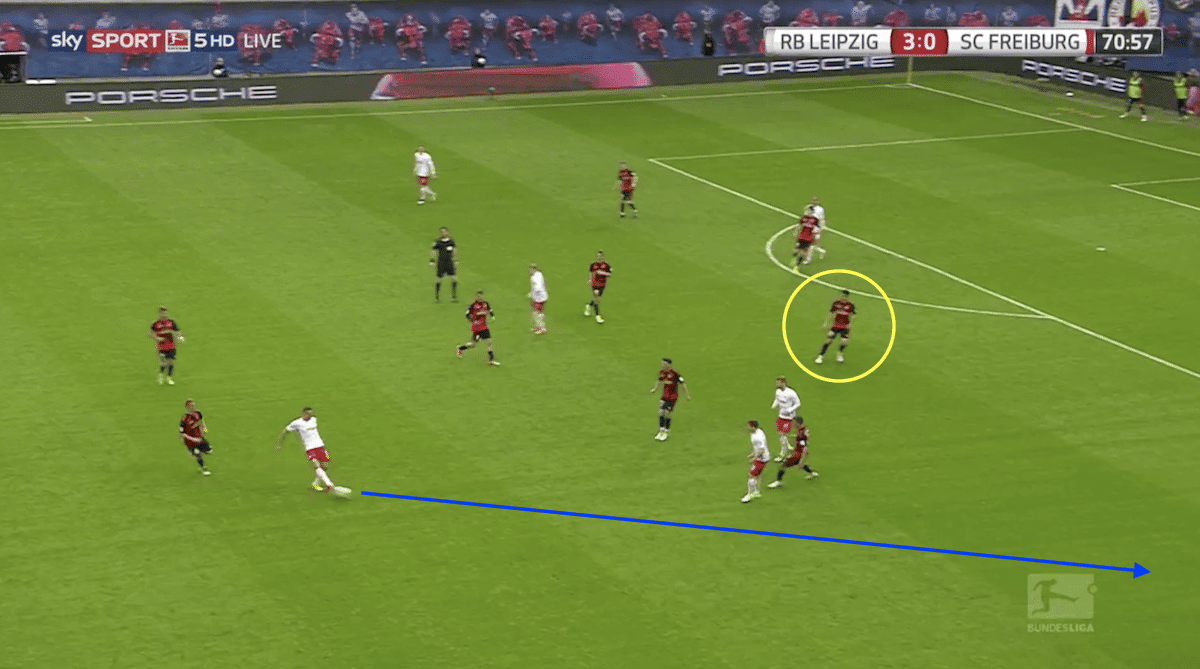 He quickly scuttles across and makes a good sliding tackle to bail the Serbian out of trouble and prevent his side conceding another goal. 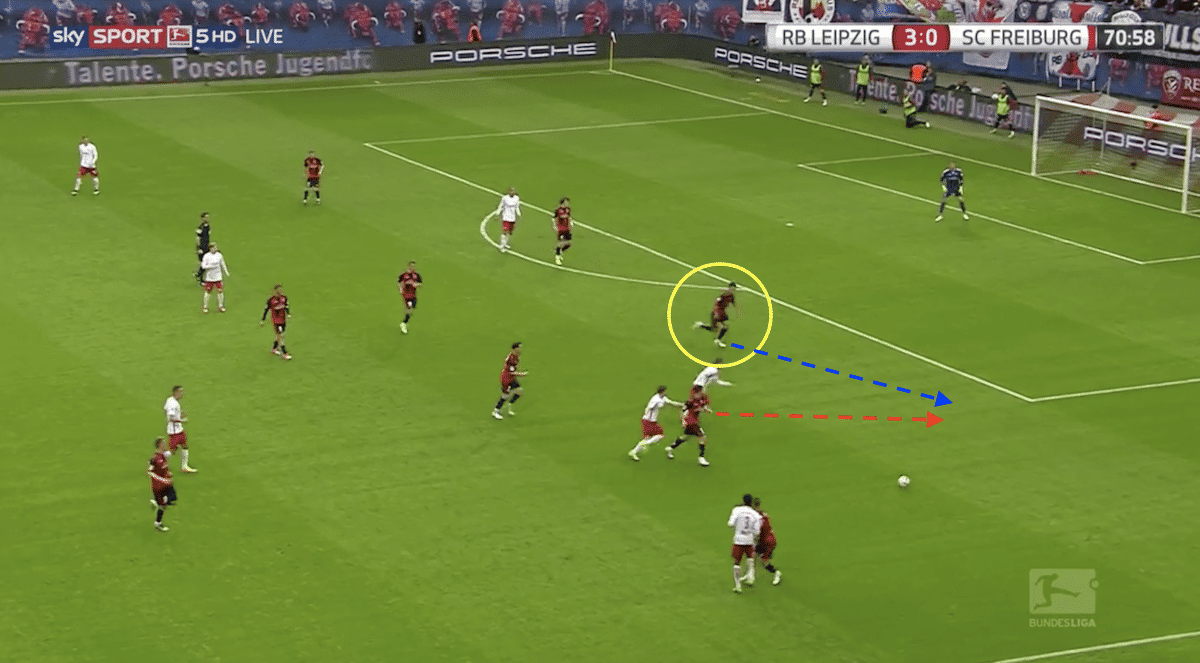 Playing as a left-sided centre-back he is comfortable switching the play and does so at will. He attempts 48.8 passes per game – the second most in Freiburg's squad – and with a 76.9 per cent success rate. 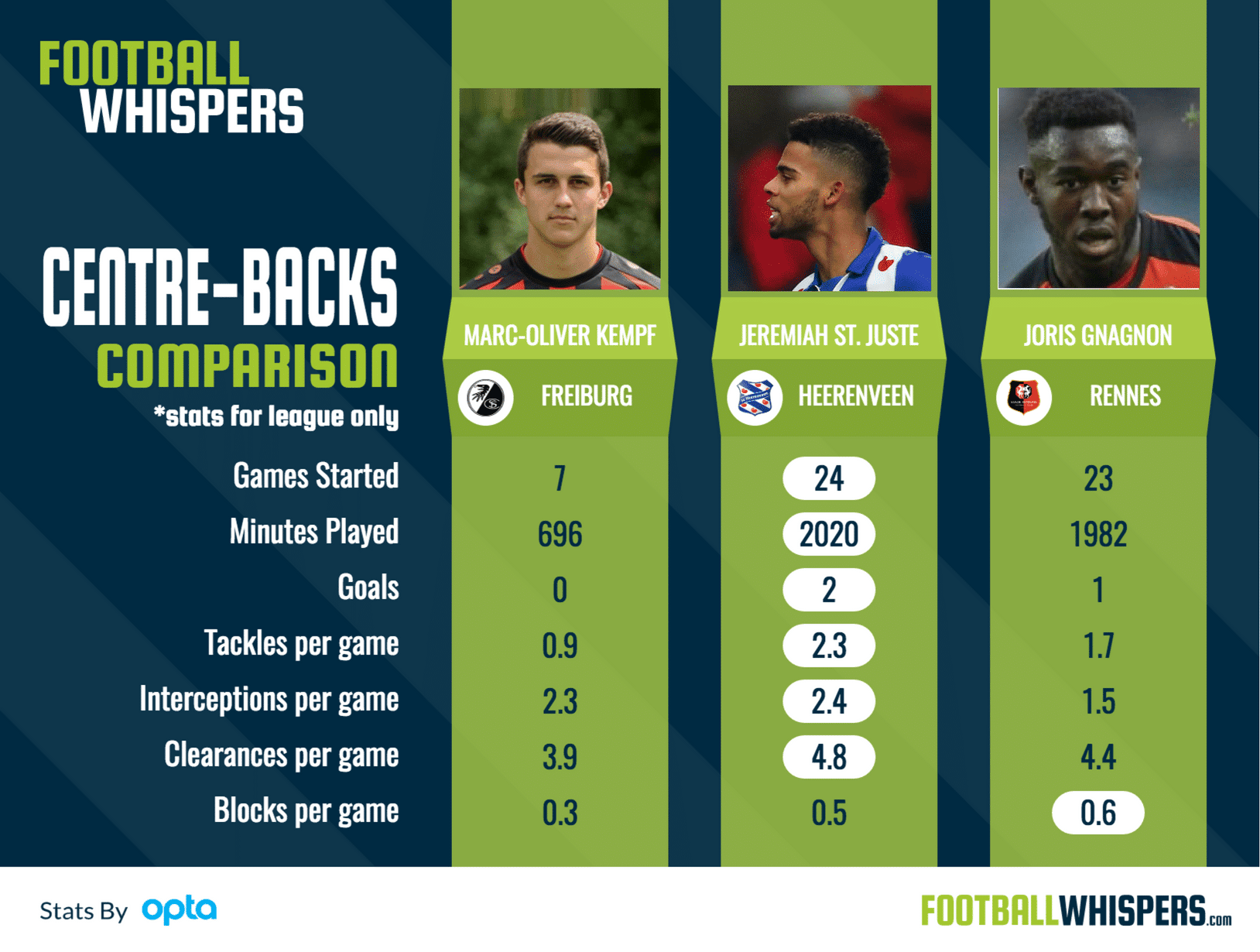 READ MORE: WHY BRENDAN RODGERS' CONTRACT EXTENSION IS GOOD NEWS FOR ALL

Only handed his first-team debut last Januay, Joris Gnagon has established himself as an important part of Rennes' backline and will hope to have a similar impact to the last hot prospect to make his name at the Ligue 1 outfit.

That was Manchester United transfer target Ousmane Dembélé who is now thriving at Borussia Dortmund after a fine 2015/16 campaign with Les Rouges et Noirs. Gnagon has only missed ten games for ninth-placed Rennes this season while also making his debut for France's Under-21 side earlier this year.

At 20 there is plenty of work still to be done. But Gnagnon is a diamond in the rough. Even though he is only 6ft the defender – who was born in Bondy, the birthplace of Monaco sensation Kylian Mbappé – is uses his frame well and no slouch either.

In the still below, against Marseille, he spots the danger of a ball in behind (red arrow) quickly and sprints to cover before winning the ball back in the penalty area. 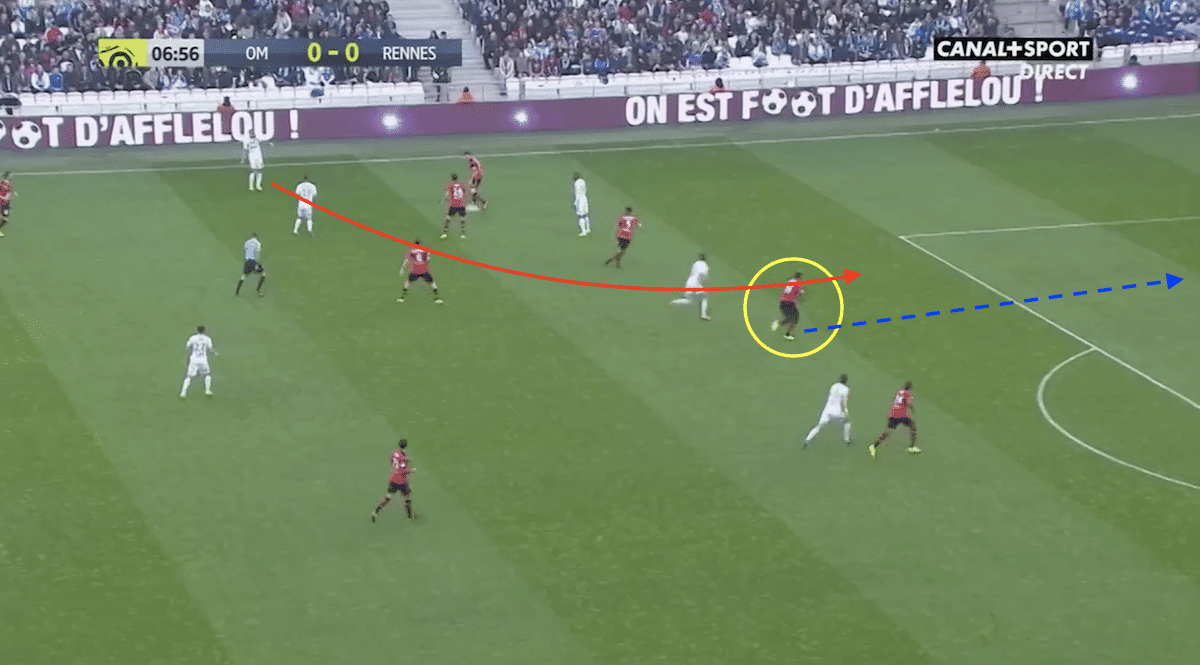 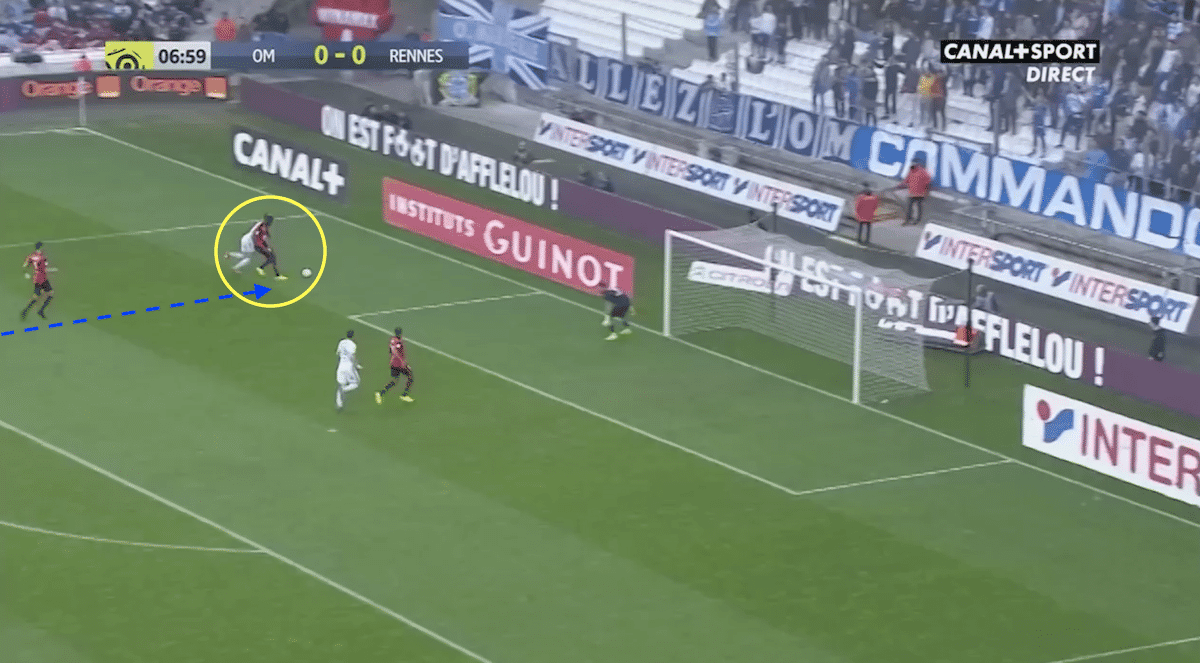 Rennes turned down a €10million offer from Sevilla in January and they are likely to find themselves inundated this summer if Gnagnon continues his rapid rate of progress.

Coach Christian Gourcuff is a fan and said: “He seized his chance when it came, he's improving all the time, and he has a big future.

“He puts his physique to good use, but he also reads the game well and his technique means he's capable of bringing the ball cleanly out of defence. For me he's an ideal defender.” 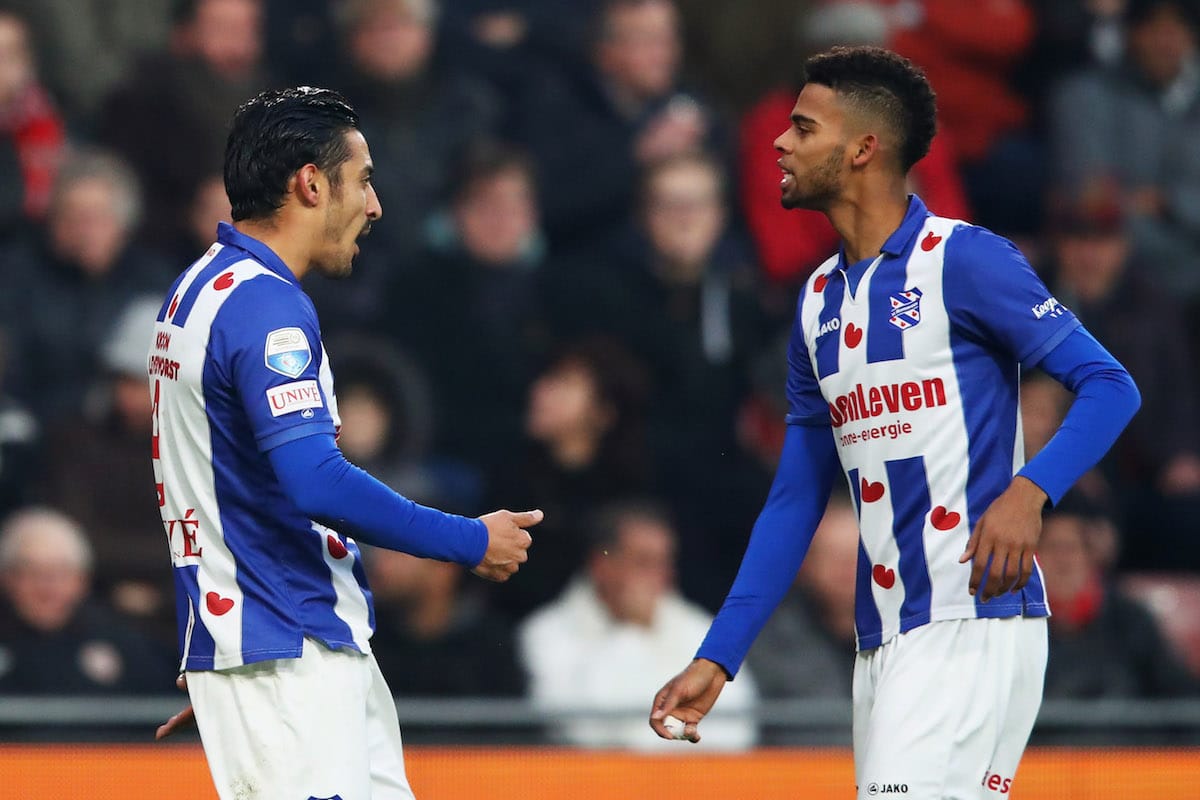 Another who has enjoyed a break-out season is Dutchman Jerry St-Juste. One of three football playing sons – brothers Yoshua and Benjamin now play Futsal – St-Juste has been a regular for De Superfriezen this term.

“We’re talking about a very talented, young player. I’d have no problem calling him in when the opportunity arises,” Heerenveen's coach at the time, Dwight Lodeweges, said after the youngster’s first team debut.

He has since matured since, making 71 appearances in all competitions, and even played further forward in a holding midfield position last season.

In the still below, taken from the game against PSV Eindhoven, St-Juste briefly allows the forward to peel off him before quickly closing him down and winning possession back for the visitors. 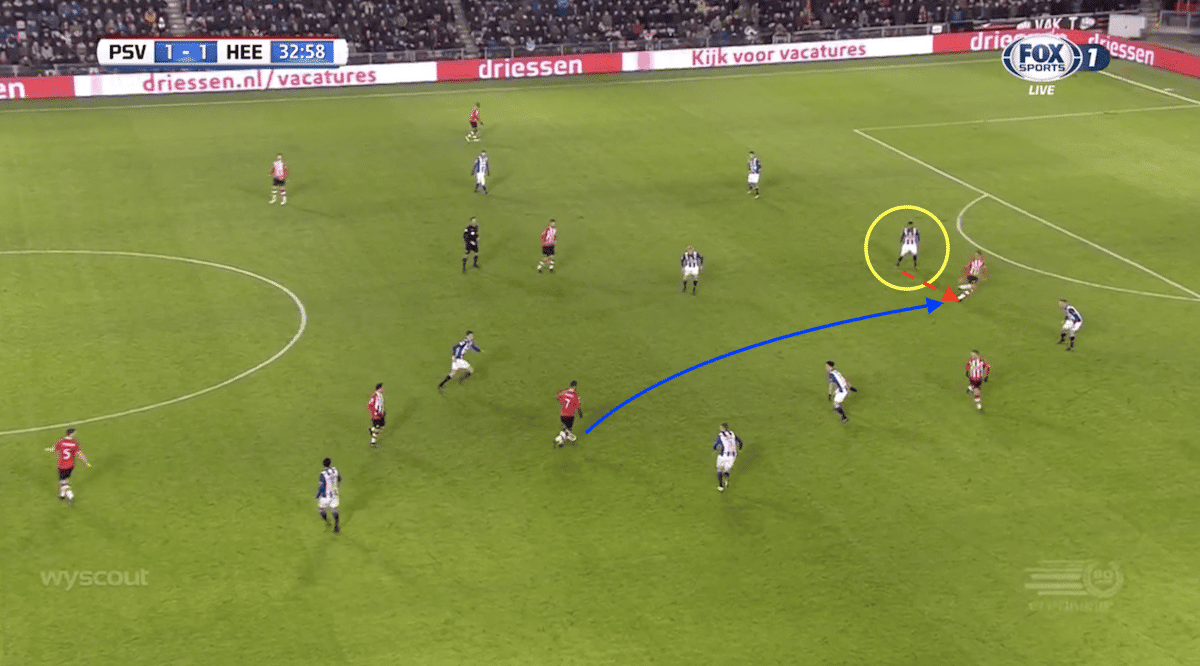 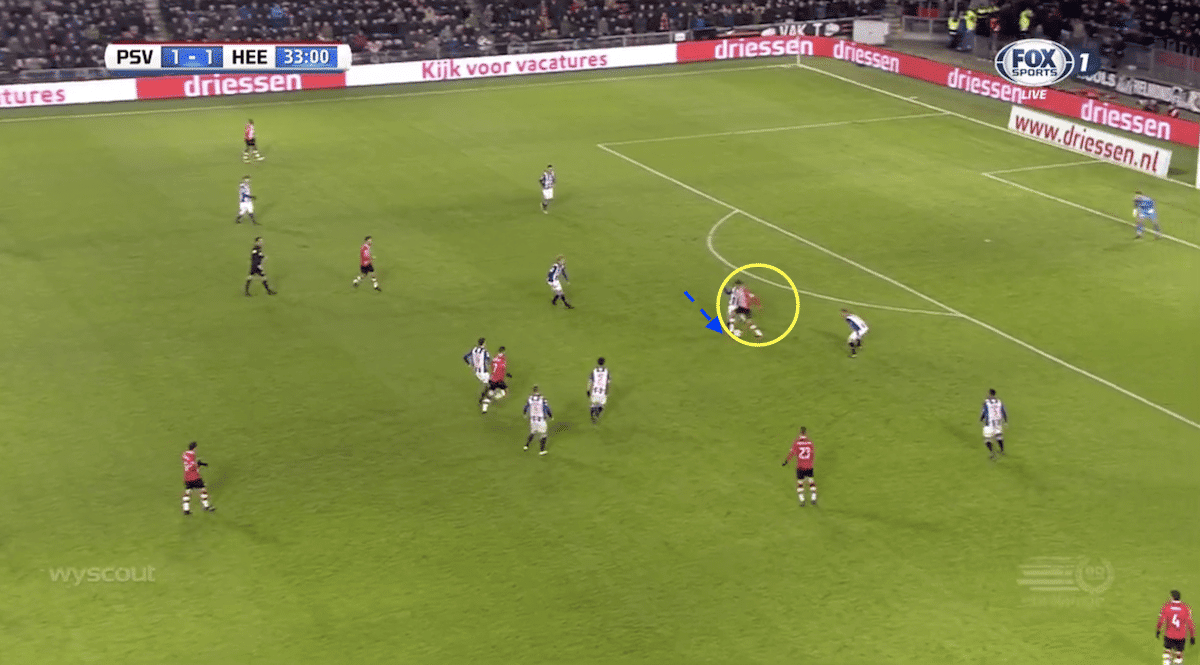 A good tackler, fairing best of the three with 2.3 won per game, St Juste is also a Netherlands Under-21 international. With a shortage of defenders at senior level the 20-year-old might not be far off a call up to the main side.