This summer could shape Tottenham Hotspur‘s short-term and long-term future. The Champions League finalists realise this and, according to reports, are looking to make some sizeable moves in the transfer market.

According to The Guardian, negotiations are somewhat complicated.

Spurs value him at around £45million while the Ligue 1 side want closer to £65million for their midfielder. It's currently a seller's market, with OL in no hurry to cash in having already made a huge profit on Real Madrid new-boy Ferland Mendy this summer.

With this in mind, Spurs boss Mauricio Pochettino may have to settle for another player. With the help of the Football Whispers lab, we've identified three players who share similarities with Ndombele.

The 22-year-old Frenchman is, in many ways, unique. He's a destroyer in the middle third but also able to carry the ball like few others. He can spot a pass, beat a man and, perhaps most importantly in the Premier League, he's press resistant.

He'd be an upgrade on the now-departed Mousa Dembélé. Though he'd be a game-changing signing, Spurs shouldn't be disheartened if they're not able to get a deal over the line. There are others who can do that job. 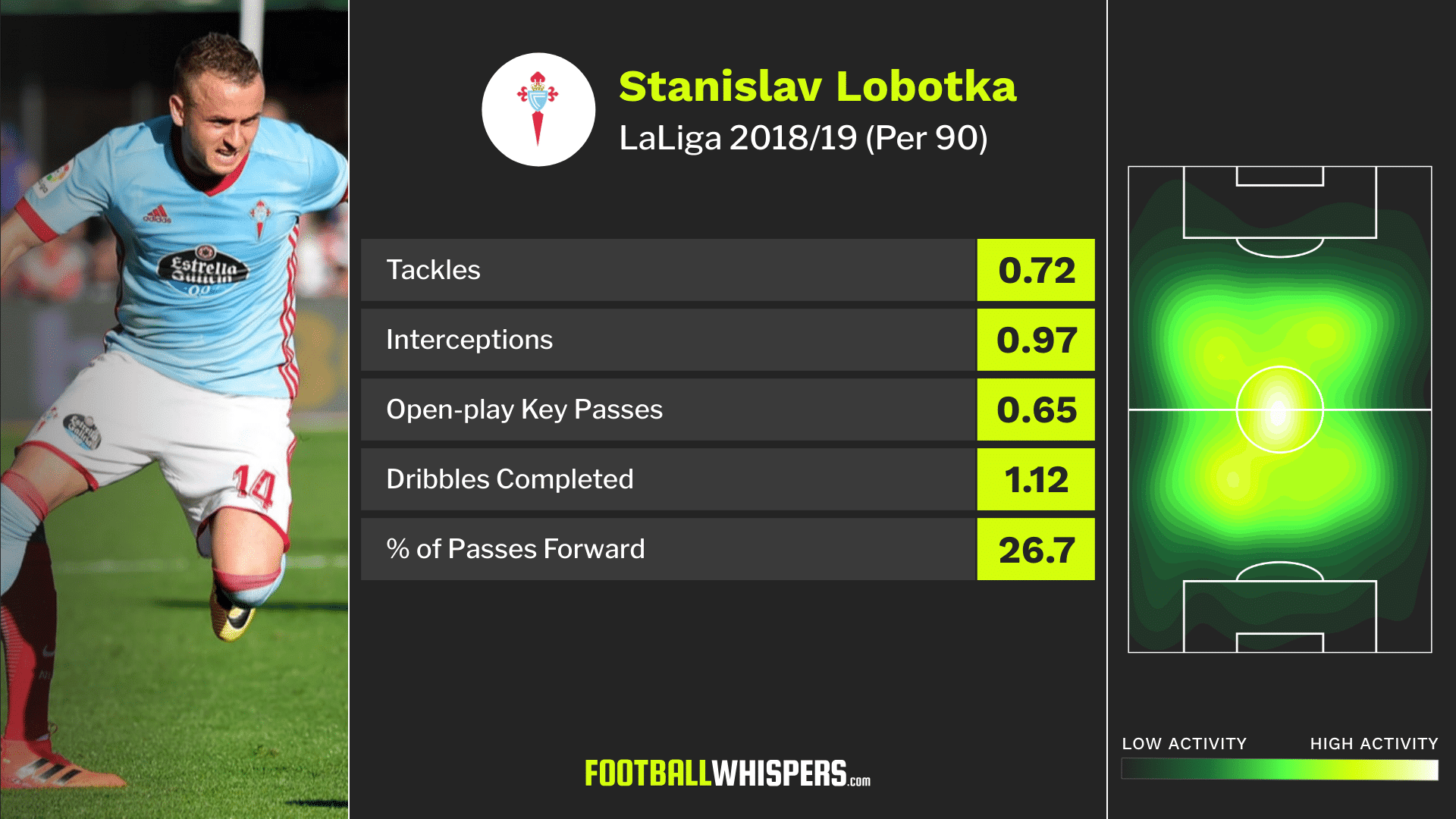 The Celta Vigo man has been linked with Spurs in the past. He is also, according to reports in Spain, a transfer target for Real Betis and West Ham United. Chelsea and Paris Saint-Germain have previously also shown an interest in the 24-year-old.

He's clearly doing something right. With Celta struggling in LaLiga last season, finishing just four points ahead of the relegation zone, Lobotka may feel now is the time to take his talents elsewhere.

He's not as much of a goal threat as Ndombele but the Frenchman wasn't being signed for that reason anyway. Lobotka dominates the middle third and keeps things ticking over. He does the dirty work when required, as evidenced by his tackles and interceptions on a per 90-minute basis, but he's not one to just immediately pass the ball away.

He completes more than one dribble per 90, showing he can relieve pressure when necessary, and the fact more than a quarter of his passes go forward proves he's progressive, too. All in all, he does Ndombele things without really excelling anywhere. But he'd be a welcome addition to the Spurs squad. 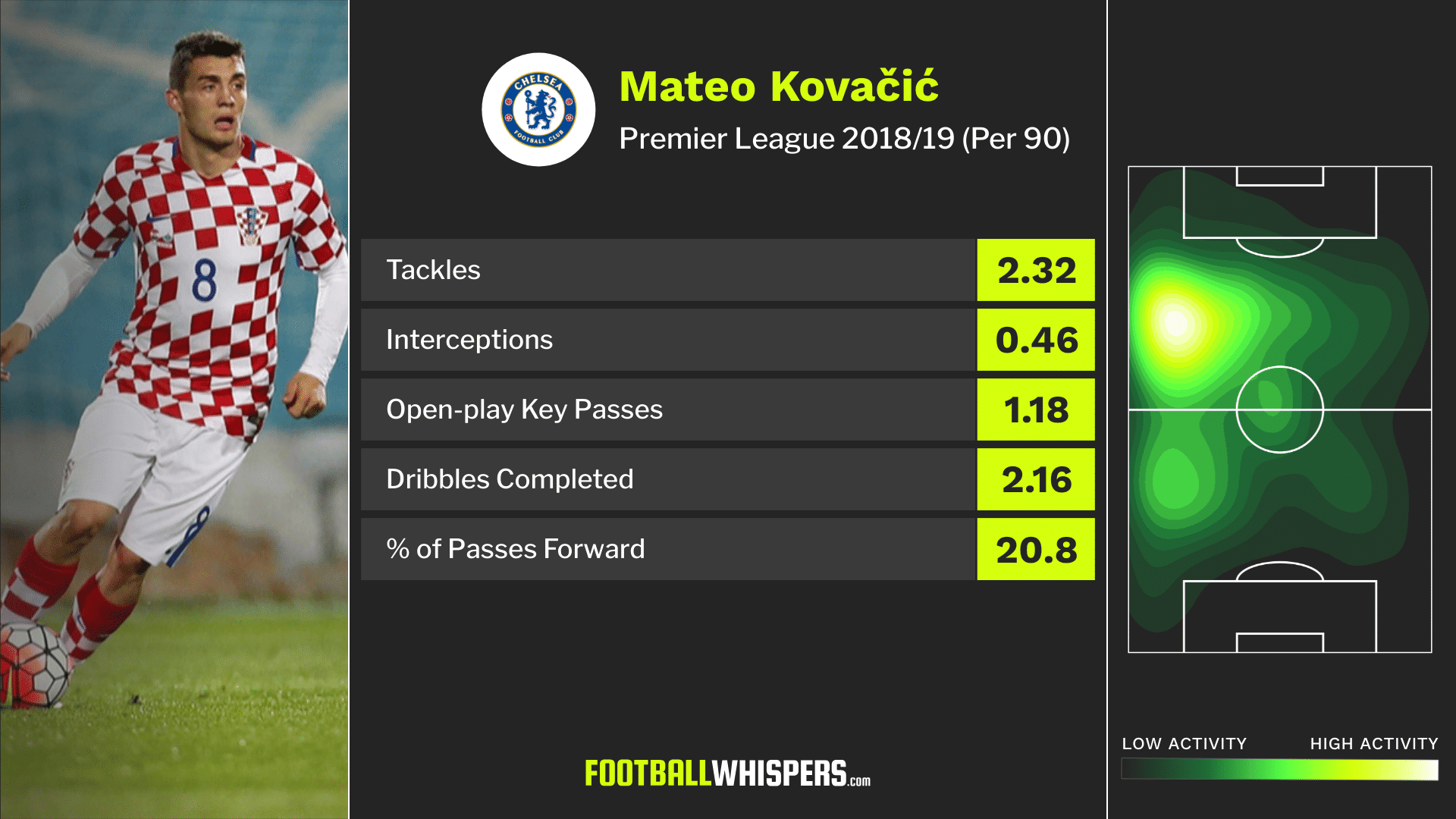 Perhaps a surprise inclusion given he spent last season on loan with Chelsea but, having failed to really impress at Stamford Bridge, Kovačić could be available for a knockdown price. Someone will be getting a bargain this summer if they land the Croatia and Real Madrid maestro.

He knows the Premier League and he knows the city meaning he shouldn't need as much of an adaption period before he's up to speed. A positive from the off.

Despite his slight frame, Kovačić is not averse to getting stuck in, averaging 2.32 per tackles last season. He's a ball carrier, completing more than two dribbles on a per-90 basis, and a creative hub, averaging 1.18 key passes in open play.

Not only does he break up play, he also builds it.

His versatility could see him play a number of roles for Spurs, making him an excellent value for money signing. He was deployed in a midfield three for Chelsea and has played as part of a diamond in the past. With coaching, Pochettino could turn him into a valuable asset. 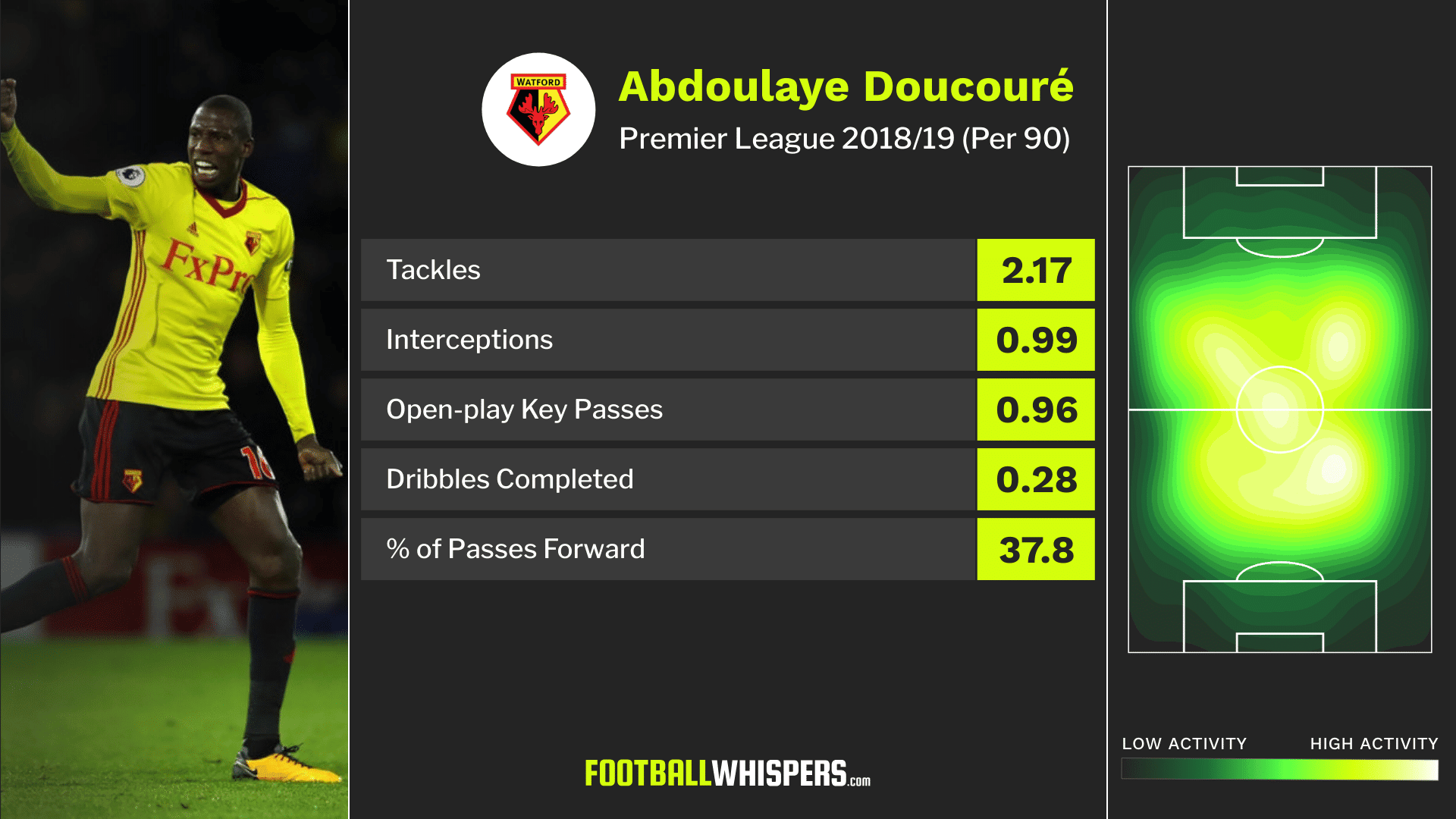 The Watford man is different to the other two on the list but arguably just as effective at what he does. While he isn't someone who will pick the ball up and go on a marauding run, he is progressive by other means. Namely, just how forward-thinking he is when in possession.

He played close to 40 per cent of his passes forward and these come from all over the pitch given his nature to roam, break-up play and make life difficult for opponents.

The 26-year-old would offer Spurs something different and he'd give the backline an extra layer of protection. Pochettino's men need to improve defensively but their main concern in midfield should be adding a ball carrier. Of the three listed, Doucouré should be bottom of the pile.