After Africa, the 20th world cup edition was hosted in South America by Brazil. It was the second time that Brazil hosted, the first time being back in 1950. The 2014 world cup was the 5th time the tournament was held in South America. In this article, we will share everything that happened, from qualification to the final.

Unlike other editions, the 2014 world cup host selection process was straightforward. FIFA made an announcement back in 2003 that the 2014 edition will be held in South America for the first time since 1978. Brazil and Colombia were the only candidates to host with Colombia withdrawing from the process. So, Brazil was the only option and the nation was officially elected to host the 2014 world cup final on 30 October 2007. 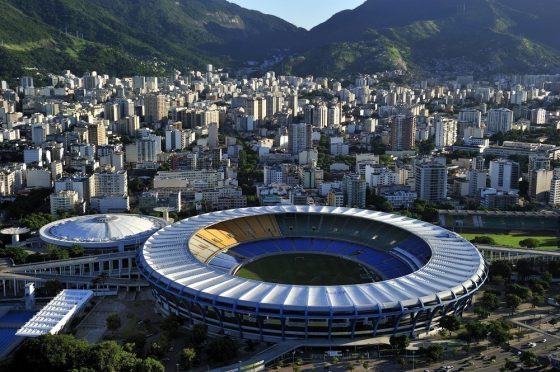 Like all such tournaments before it, 32 teams (including hosts Brazil) qualified for the 2014 world cup. Only eight of those nations didn't participate in the previous edition of the tournament. Bosnia and Herzegovina was the only side that hasn't previously featured in any world cup tournaments. Colombia finally returned to the big stage after being absent for 16 years. Belgium and Russia returned as well after missing the last three editions. However, luck turned for some nations. Paraguay didn't qualify for the first time since 1994. On top of that, not a single Nordic team managed to qualify for the tournament.

In 2010, Adidas received a lot of backlash for their Jabulani ball. A lot of players complained about aerodynamic issues, especially some of the goalkeepers. For that reason, Adidas decided to go the extra mile with the 2014 world cup ball. Known as “Adidas Brazuca”, the ball performed admirably and there were no complaints about it. The term “Brazuca” is used by Brazilians to show pride in the Brazilian way of life. Adidas made the 2014 world cup ball to mirror their Adidas Final 13 series which is the official ball for the UEFA Champions League.

Adidas unveiled the 2014 world cup ball in December 2013. It was done just before the group stage draw. After the unveiling, a set of Brazuca's was sent to every nation. Their players had at least 6 months to train with the ball. 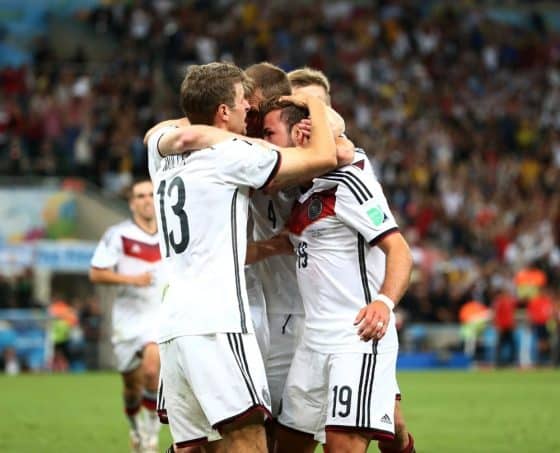 Defending champions Spain were eliminated after just two rounds. They became the fourth nation in history to be eliminated in the first round after winning the last world cup tournament. To make things even more interesting, UEFA powerhouses Portugal, England, and Italy all got eliminated in the group stage. In the last 16 round, Brazil beat Chile while Colombia surprised Uruguay. France cruised past Nigeria while Germany needed a penalty shootout to best Algeria. The Netherlands, Costa Rica, Argentina, and Belgium made it to the quarter-finals as well. Germany then beat France to book a semi-final fixture against the hosts who defeated Colombia in the quarter-finals.

Argentina needed just one goal against Belgium while the Netherlands eliminated Costa Rica in a penalty shootout. It was in the semi-finals where a lot of hearts were broken. Germany scored 7 goals past Brazil giving them their most embarrassing moment in history. In the other semi-final fixture, Argentina won against the Netherlands in a penalty shootout. So, the 2014 world cup final fixture was booked – Germany against Argentina.

Germany didn't have the perfect 2014 world cup between the group stage and the quarter-finals. However, once they beat France something in the German squad clicked. They demolished Brazil and waited for Argentina in the best form of their lives. Argentina followed a similar fate on their road to the final. They had an easy group but then managed to score just one goal in regular time (against Belgium in the quarter-finals) to reach the 2014 world cup final.

The final was a nervous affair with both sides missing clear chances. Argentina had the upper hand but they failed to take advantage of their opportunities. After a goalless draw in 90 minutes, the fixture went to overtime. That's when heartbreak happened for Messi and company as Mario Gotze found the back of the net in extra time and Germany secured the trophy.

How many people watched the 2014 world cup?

Who was the top scorer for Germany?

Even though Messi took the Golden Ball Award for taking Argentina to the final, it was Thomas Muller who stood out the most. He dragged Germany out of their worst moments in the tournament. He was ultimately the most deserving player as to why Germany became champions.

Lionel Messi took home the Golden Ball Award as the best player in the tournament.