José Mourinho has never been a man afraid of delivering an outlandish quote. And his assertion that he can judge a player in ten minutes remains one of the most absurd.

“I'm a coach, I’m not an office man,” the Portuguese said in August 2015 “And as a coach, I think the players must give me the confidence to say let’s go. Players and agents are like this: ‘Oh I need five matches in a row to prove myself.’

No player, no matter how talented, can be judged in ten minutes; there are simply too many intricacies to a footballer's game, both physically and mentally, that require careful consideration and evaluation.

There are, however, moments when a player's undoubted quality shines through. When the wider football community suddenly sit up and take notice. It can be an exquisite touch. An exemplary tackle. An exceptional pass.

With Wolves 3-0 down at home to Spurs, Nuno Espírito Santo decided to take off João Moutinho and replace him with the English teenager after 62 minutes.

It could be said that Nuno was saving the ageing Portugal international's legs for another day. Yet that would be unfair on Gibbs-White, who was influential in the hosts' mounting a comeback.

He reinvigorated the Wolves midfield, adding energy, composure and dynamism in the middle and final third. Rúben Neves fired home a penalty to reduce the deficit and suddenly Spurs were on the ropes.

And then Gibbs-White's moment arrived. He collected a pass from fellow substitute Léo Bonatini and wasn't pressed by the Tottenham midfield. 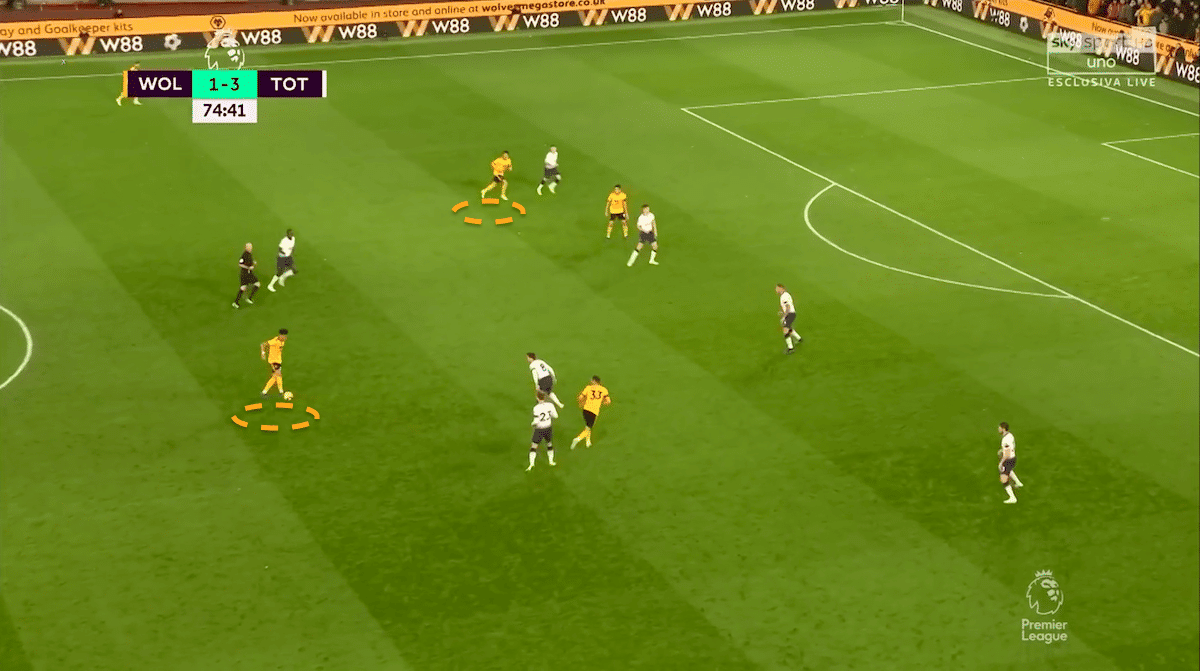 There appeared little on for the England youth international, who won the Under-17 World Cup in 2017. But he spotted Hélder Costa making a run behind the Spurs defence. 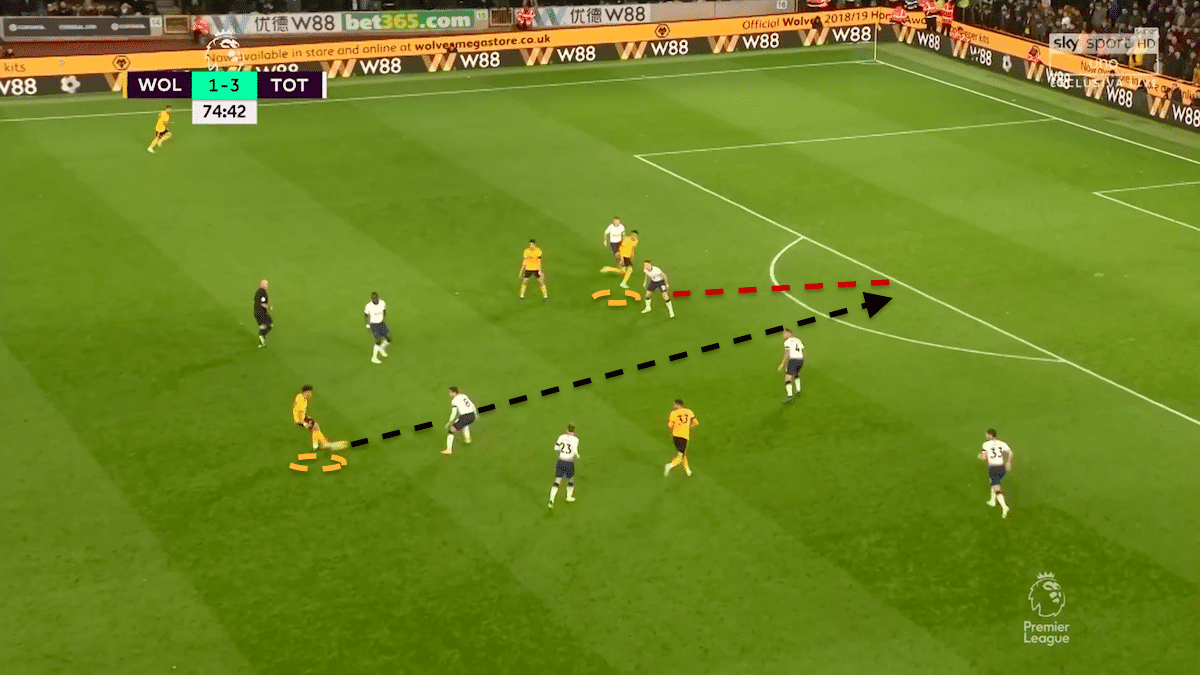 His pass took out seven Tottenham players and put Costa through against Hugo Lloris. Such was the weight on the ball the Portuguese winger was even able to run around it to take the shot onto his favoured left foot. 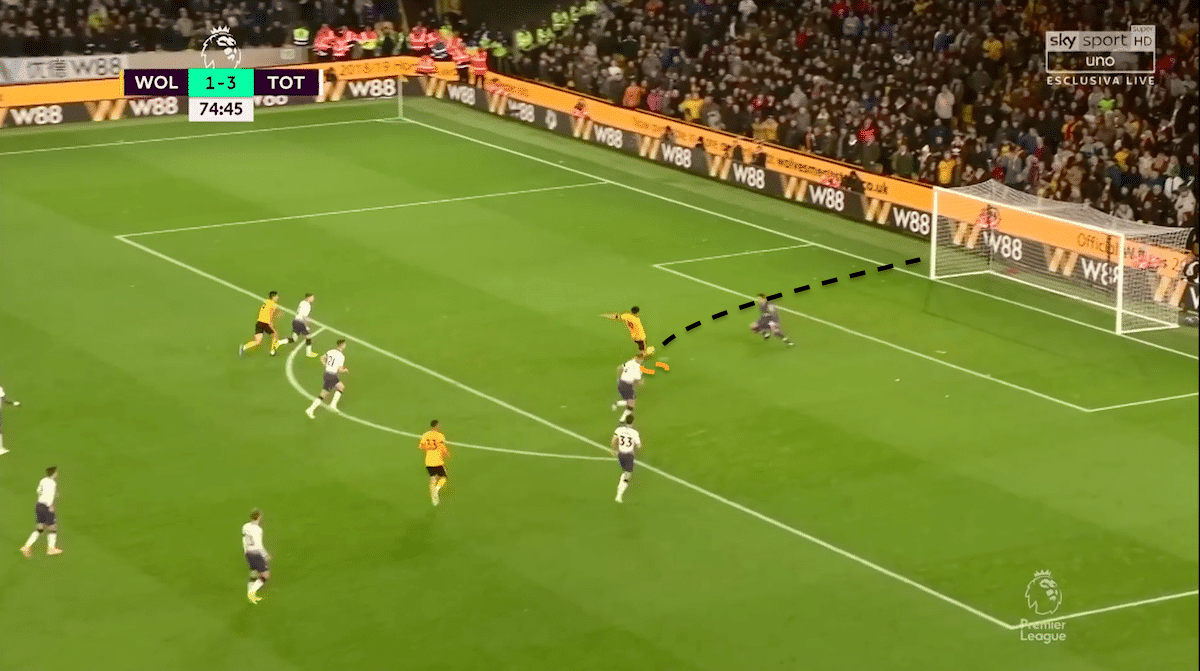 Unfortunately for Wolves, Costa put his shot wide of the target. They did claw another goal back but Tottenham managed to see out the match and win 3-2.

Gibbs-White, however, had made his mark in the Premier League.

“After the game, because it was a late kick-off, I rushed home to watch the highlights on Match of the Day with my dad,” he told Football Focus. “To sit there and see me on the television… I was speechless.”

Gibbs-White, who has already made 41 appearances for Wolves, received effusive praise on Match of the Day. He would have watched Danny Murphy describe him as “sensational” and Gary Lineker tip him to break into the England set-up in the near future.

“I can understand why people are so excited by him, it is normal,” Nuno said in December after the young midfielder had created the equaliser in Wolves' 2-1 win over Chelsea at Molineux. “But sometimes people try to rush things which isn't the best thing to do.”

The Wolves boss added: “He's hasn't changed despite the hype. He's the same boy that he already was. He's humble, a hard worker, willing to learn and improve.”

That desire to learn and improve was evident in December. Prior to that month, Gibbs-White had, almost exclusively, been used in the centre of midfield in Nuno's 3-4-3 shape.

Yet after a poor run of results, the Portuguese made a structural tweak for the Premier League games against Bournemouth, Liverpool and Fulham.

Striker Raúl Jiménez was pushed out to the right flank with Diogo Jota remaining on the left. Gibbs-White moved into something akin to a false nine role, although he often operated more as a No.10.

It was a big ask of the 18-year-old yet one he handled with aplomb. The role allowed him to display a range of different attributes, but the one that stood out most was his intelligence.

Such a clear understanding of the tactical demands of his new role only emphasised that Gibbs-White is a player of vast potential. He has all the technical gifts required to become a star and, perhaps more importantly, the mentality needed to reach the top.

.“He has always had the hunger and commitment to being a footballer,” Gareth Prosser, the Wolves academy manager, told The Times.

At Wolves, Gibbs-White, who scored in the Under-17 World Cup final that England won, has the ideal environment in which to succeed.

He will be given the game time required to improve, to hone his undeniable skill, by Nuno. And by the end of 2019, it will not come as a surprise to see the young midfielder in the England set-up.