Transfer deadline day is guaranteed to provide plenty of dramatic storylines right up until the 11pm finish, and you can follow all the action here at Football Whispers.

But arguably the biggest headline of Wednesday night’s action comes from Dublin’s Aviva Stadium as Ireland's No.10 leads out the Boys in Green for one final time. Let’s take a look back at one of the finest careers in international football.

Mention the name Robbie Keane to any football fan, and they will immediately picture the cartwheel and forward roll that has become one of the game's most iconic celebrations. Tonight, the whole of Ireland will be hoping to see it on Irish shores for one final time because cap 146 will be the 36-year-old’s last.

Over the past 19 seasons, Keane’s lethal touch in front of goal has taken him from Wolverhampton to LA Galaxy via a host of other destinations, the majority of which he has scored goals at for fun.

At club level, he has netted a total of over 300 goals and won one English League Cup and three MLS Cups. Despite trading Britain for California over five years ago, he currently sits 13th on the Premier League’s all-time goal scorers list.

Nevertheless, for all of his accomplishments, the standout moments in Keane’s career have come whilst donning the famous green and white. Since making his debut as a spritely 17-year-old back in 1998, the 5ft 9in striker has been a constant beacon of hope for the vocal Green Army and the catalyst for nearly two decades of Irish football. 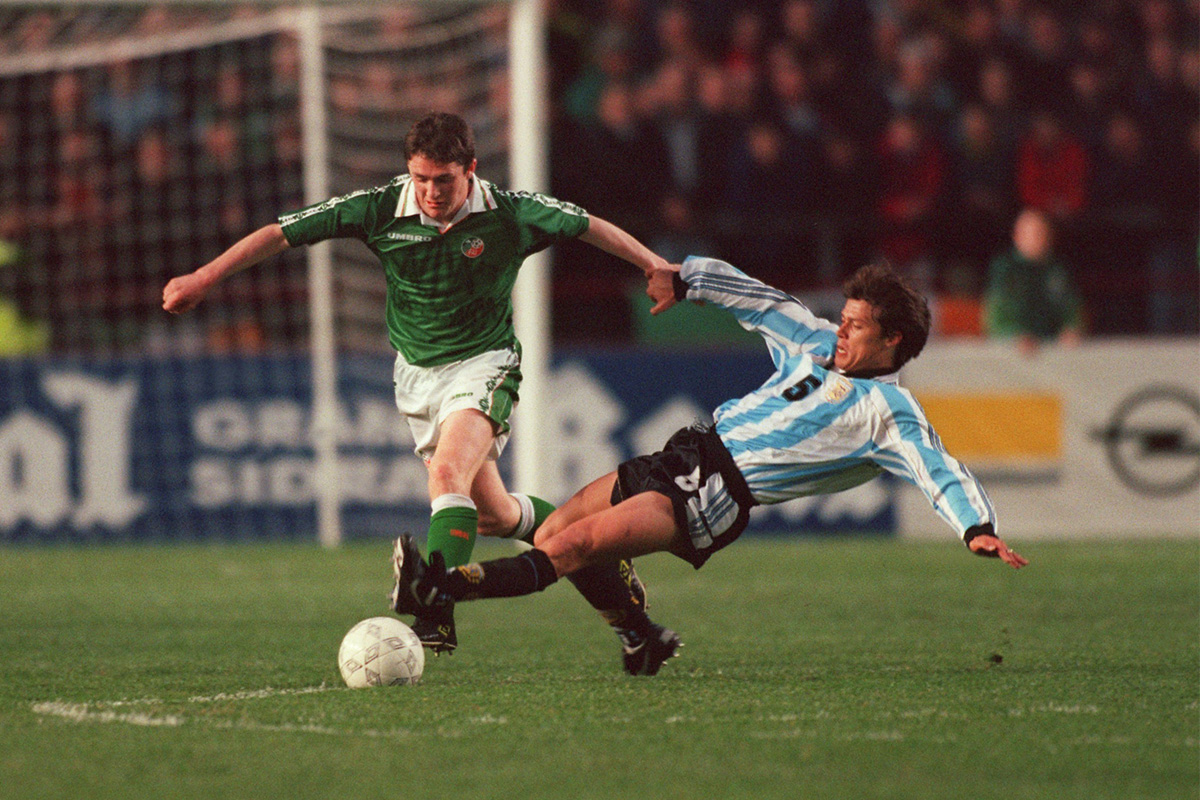 Manager Mick McCarthy knew he had unearthed something special in 1998 when Keane put on a stunning display in his home debut against Argentina at Lansdowne Road. While a moment of genius from Ariel Ortega would provide the standout moment of the game, the young Irishman’s natural flair and excitement ensured that he was already on the way to cementing his place in a nation’s heart.

Fast forward 18 years from that second international cap, and Keane will skipper his country one final time at the Aviva Stadium as a bona fide national treasure.

Not only is the striker his country’s most capped player of all-time, he is also the Republic of Ireland’s all-time leading scorer. Meanwhile, with a total of 67 international strikes to his name, the prolific No.10 has netted more times than any active player in the international arena. In fact, only 14 male footballers have scored more regularly in the game’s history – one goal against Oman would see him equal iconic German Gerd Muller while a dream hat-trick would shoot him up to joint 11th in the listings.

Back in 1998, the senior side’s failure to qualify for the World Cup in France afforded the country’s newest star to link up with the under-18s for the summer’s European Championship in Cyprus. Despite missing a penalty in the final shootout against Germany, Keane’s influence, including the assist for Alan Quinn’s opener against the fancied Germans, helped drag the youngsters to the trophy.

It completed a fine summer that had started with the U16s winning European silverware too but, while Richard Dunne would lead the list of other future senior stars, it was clear that Keane was the nation’s greatest hope for a future star. Those forecasts gained further momentum when the youngster capped his breakthrough year with his first senior international goals against Malta in October’s Euro 2000 qualifier.

The striker would have to wait another 11 months for goal number three, against Yugoslavia. Nevertheless, by his 20th birthday, the upcoming superstar had already hit six goals for his country.

At club level, a switch to Italian giants Inter Milan appeared to be the next stepping stone on the path to greatness. Unfortunately, it was one of the rare spells that didn’t bring goals, and it affected his international progress too. After scoring to help McCarthy’s men to a vital point in the opening qualifier against the Netherlands, Keane went another year without a goal for the national side. 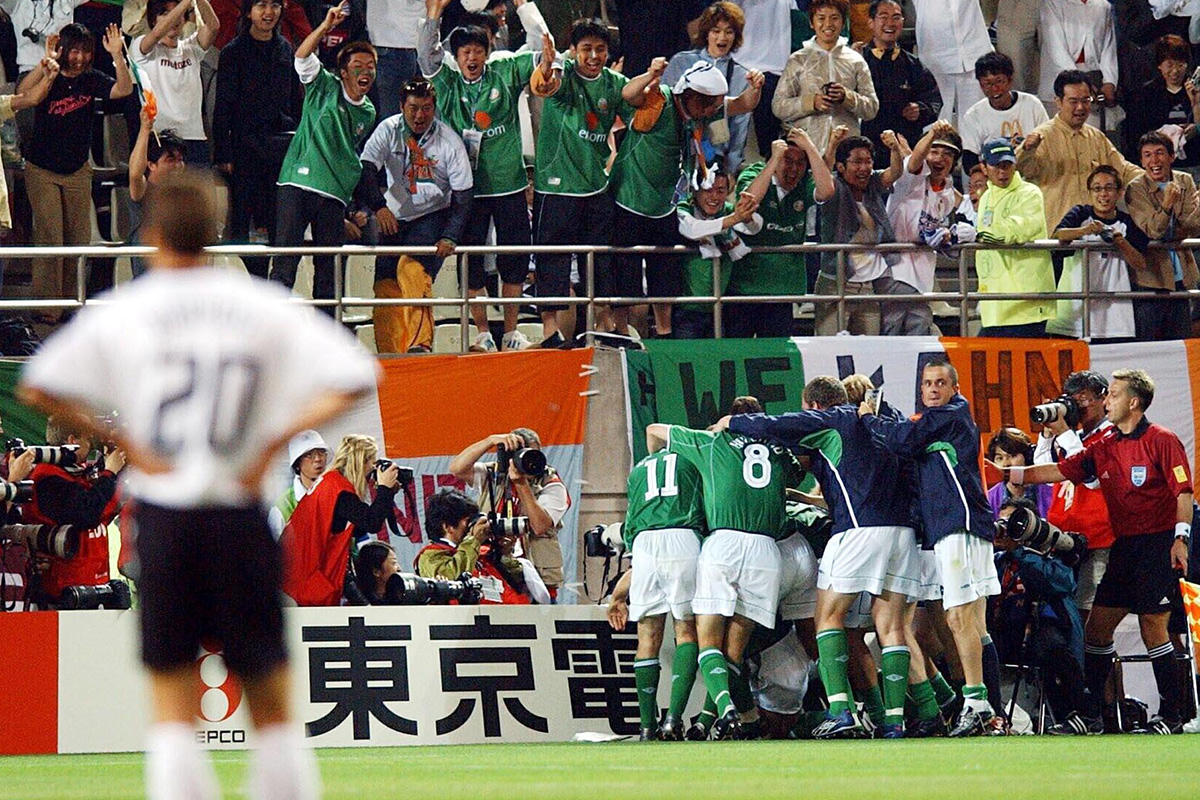 However, when it did come, it couldn’t have been more important. Most people remember Jason McAteer’s strike in the reverse clash against the Netherlands but it was only enough to qualify the Republic for the intercontinental play-off, where Keane’s goal in the home leg would prove to be the winner in a 2-1 aggregate victory over Iran. Ireland were on the way to Japan and South Korea.

While the 2002 World Cup would signal disaster for namesake Roy – who stormed out of McCarthy's squad in a dispute over training standards – but the younger Keane was about to write his name into his country’s sporting history.

Keane had warmed up for the World Cup in style, starting the calendar year with goals nine and 10 in friendly wins over Russia and Denmark. In Japan, a draw with Cameroon in their Group E opener meant McCarthy’s men had a fighting chance of reaching the second round. However, progression would rely heavily on the ability to get something in the following match against eventual finalists Germany.

With Ireland trailing heading into the second minute of stoppage time, it looked as though a spirited performance would go unrewarded. But with one last throw of the dice, Niall Quinn’s flick on was met by the now-Leeds United striker, who buried it past Oliver Kahn to salvage a crucial point. Cue bedlam in Kashima as the iconic cartwheel made its most famous appearance.

Over 14 years later, it’s still one of the most magical moments in the country’s footballing history.

Keane’s place as a national idol was assured, and was taken to new heights as he opened the scoring in the final group win against Saudi Arabia. In the round of 16, the striker would be the centre of further dramatics as his last-minute penalty (after Ian Harte had missed one earlier) took Spain to extra-time.

Following a brave 30-minute stalemate, Keane opened the penalty shootout by powering past Iker Casillas, but could do nothing more as he sat watching his side crash out in the most heartbreaking of circumstances.

Nevertheless, Keane and Ireland returned to Dublin as heroes. It would be the striker’s only appearance at a World Cup but it wouldn’t prevent him from achieving further success, even if he’d have to wait another decade for his second major tournament. 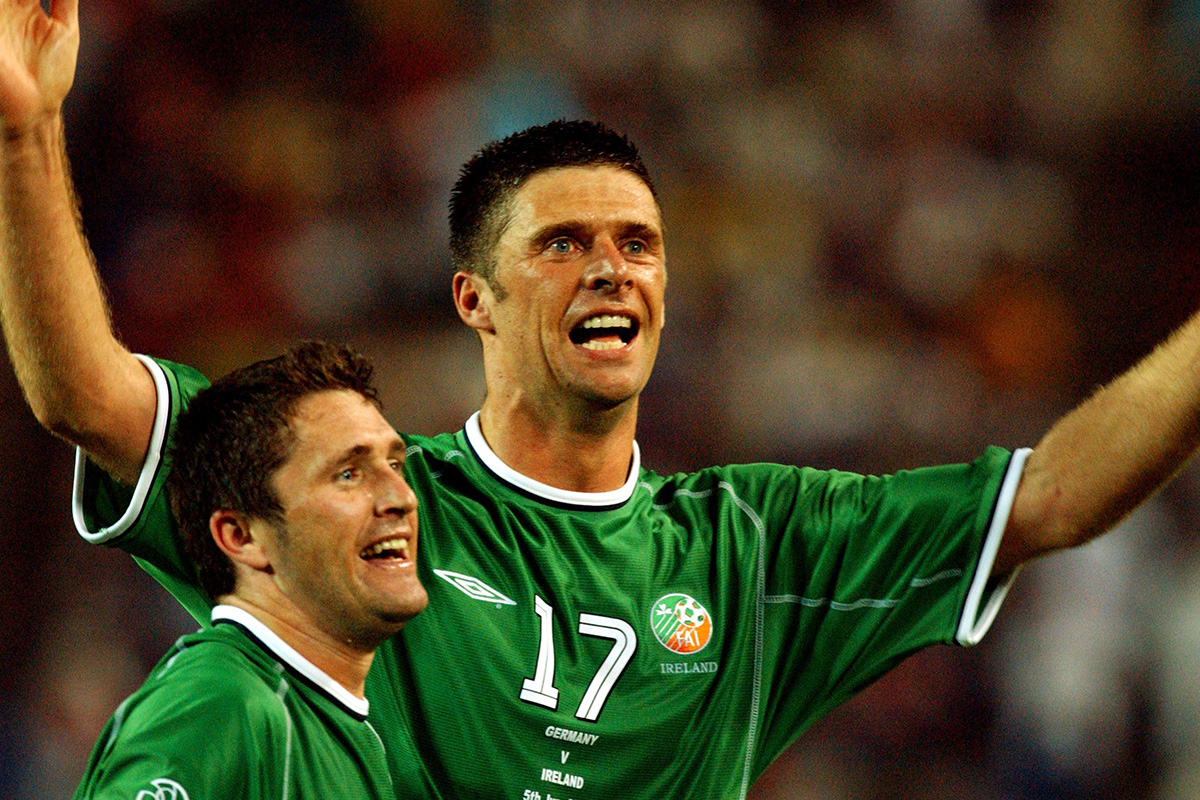 The goals continued to flow. Keane became the Republic of Ireland’s all-time leading marksman by the age of 24, surpassing Niall Quinn’s record of 21 with goals 22 and 23 against the Faroe Islands in October 2004.

Less than two years later, a change of manager and international retirement of Kenny Cunningham opened the door for Keane to take on the armband. The new skipper capped the occasion with Ireland’s second in a comfortable win over Sweden to get Steve Staunton’s reign off to a flyer.

The calendar year of 2006 also brought a first hat-trick, against San Marino, as Keane continued to lead the line with authority at a time where other areas of the squad were left a little bereft of talent.

August 2010 signalled the dawn of a new era as the squad, now under the management of Italian Giovanni Trapattoni, began life at the Aviva Stadium against Argentina. For Keane, the occasion carried even more significance as he became only the 15th man to reach the century of senior Republic of Ireland caps. While the game would end in a blank for the striker, who was now up to 43 in total, the new campaign would deliver some truly fantastic moments.

Thierry Henry’s infamous handball had cost Ireland badly in their bid for a spot at the 2010 World Cup, but they responded in style in the Euro 2012 campaign. With a return of seven goals, a tally that was beaten by only two players and included two strikes in the play-off win over Estonia, Keane spearheaded the Boys In Green to the finals.

A difficult draw against Croatia, Spain and Italy ultimately led to three defeats and an early exit, but simply ending the decade-long wait for a major finals appearance had been considered success.

At 32, the descent was slowing appearing on the horizon. Nevertheless, Keane retained an importance to the squad, scoring six goals in a World Cup qualifying campaign that ultimately ended with the disappointment of finishing fourth.

However, the team did bounce back in style by qualifying for Euro 2016; even if the skipper’s influence and game time was fading, he did manage five goals over the course of two games against Gibraltar. Nevertheless, having managed only 473 minutes in qualifying, a starting place in France seemed unlikely.

Keane was restricted to just two late cameos in France this summer, and had planned to call it a day there and then until Martin O’Neill reached out about tonight’s final bow. The once spritely teen may have lost some of the electric pace but, as relative Morrissey famously sang, ‘there is a light that never goes out'.

As far as the Ireland skipper is concerned, that light is the ability to come alive in the 18-yard box.

The Dubliner will rightly receive a hero’s welcome on his final appearance tonight. Keane has been a phenomenal servant to the national set-up, and will forever be heralded as his country’s all-time sporting greats.

In recent years, the famous celebration has been replaced by a less energetic kiss of the hand and look to the skies; if he scores on his international swansong, you’d bet your last Euro on the iconic cartwheel making one last appearance. 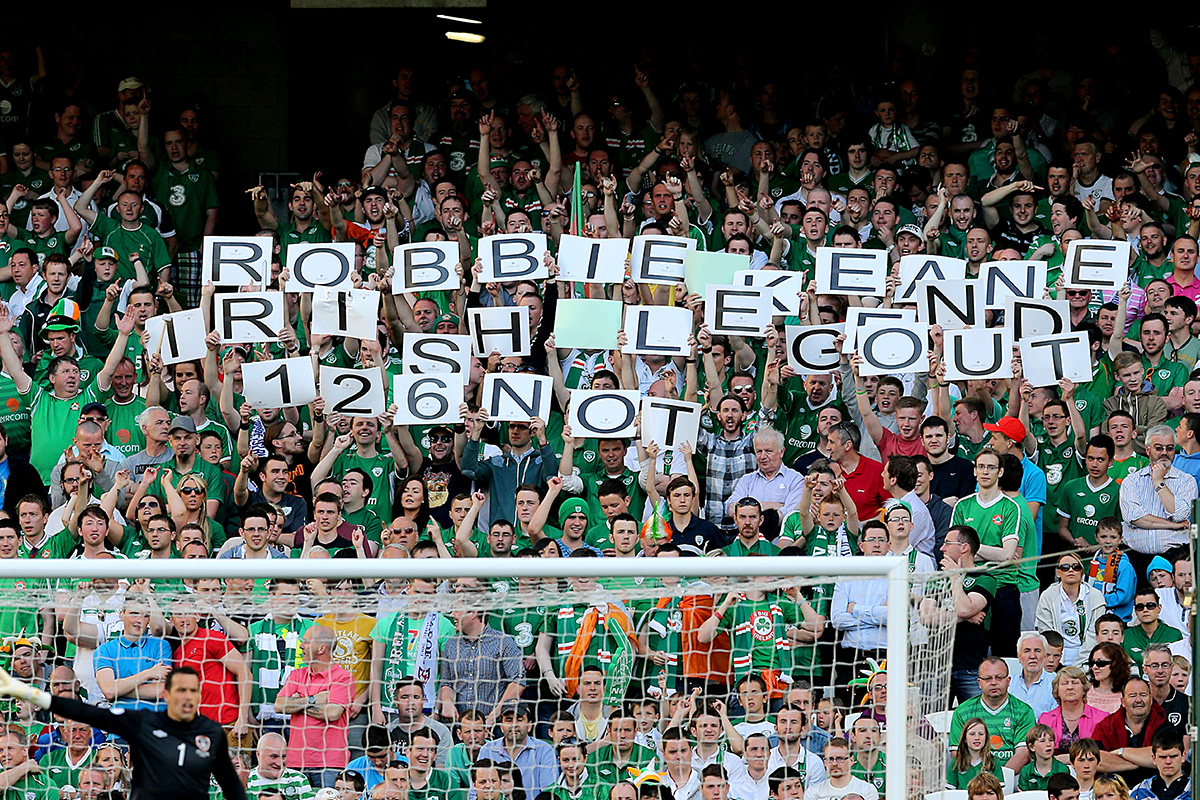