Football Whispers is your best source of sorting the wheat from the chaff when it comes to transfer talk, with a unique range of information factored in to our ratings, but with a 24/7 multi-media deluge of transfer speculation, it is hard to avoid the more speculative stories.

From the out-and-out flyers that have little basis in truth, or stories disingenuously put out there by agents during contract talks or by clubs hoping to unsettle the players they are targeting, it is almost impossible to tell fact from fiction.

Gary Mabbutt told Football Whispers this week that in his 16 years as a Spurs player, he almost choked on his cornflakes on eight different occasions when he read stories in the morning papers that he had been transferred. He never left Spurs.

But he admits in an age when there is a seemingly voracious appetite for transfer rumours, and a global media machine that is bigger than ever, it is increasingly hard to work out what is actually going on.

Below we list some of the great transfers that never happened. Those rumours that resurfaced year after year but never came to fruition (or ‘frutation' as one former England manager was wont to say).

Sometimes there was genuine interest but the move never came off, sometimes it was a journalist ‘flying a kite', and sometimes an agent or manager would simply put it out there to see if anyone would bite.

During 16 years at Southampton from 1986 to 2002, Matt Le Tissier was one of the hottest properties in English football. His ability to score spectacular goals and hammer the ball home from the penalty spot – he converted 47 out of 48 in his career – saw him linked with just about every leading club, but especially Tottenham, the team he supported as a boy.

The closest he got to leaving Saints came in 1990, when he agreed terms with Terry Venables at Spurs, before changing his mind at the last minute.

It did not stop transfer rumours coming up on the back pages year after year, but having turned down the chance to join Glenn Hoddle at Chelsea in 1997, Le Tissier finally retired from football in 2002 as a one-club man (returning briefly for non-league Eastleigh).

Much travelled though he was, the former Ireland captain never played for Everton, though that did not stop reports linking him with a move to Goodison Park repeatedly throughout his career. In 2005 the headlines had David Moyes making a shock move to take him from Spurs, a story that resurfaced in 2011 and would involve a swap deal with Steven Pienaar.

The most unlikely speculation, however, was the idea that Keane would travel across Stanley Park from Anfield in 2009, during his short-lived spell at Liverpool, before he rejoined Spurs. He eventually left Tottenham in 2011 for LA Galaxy. Not Everton. 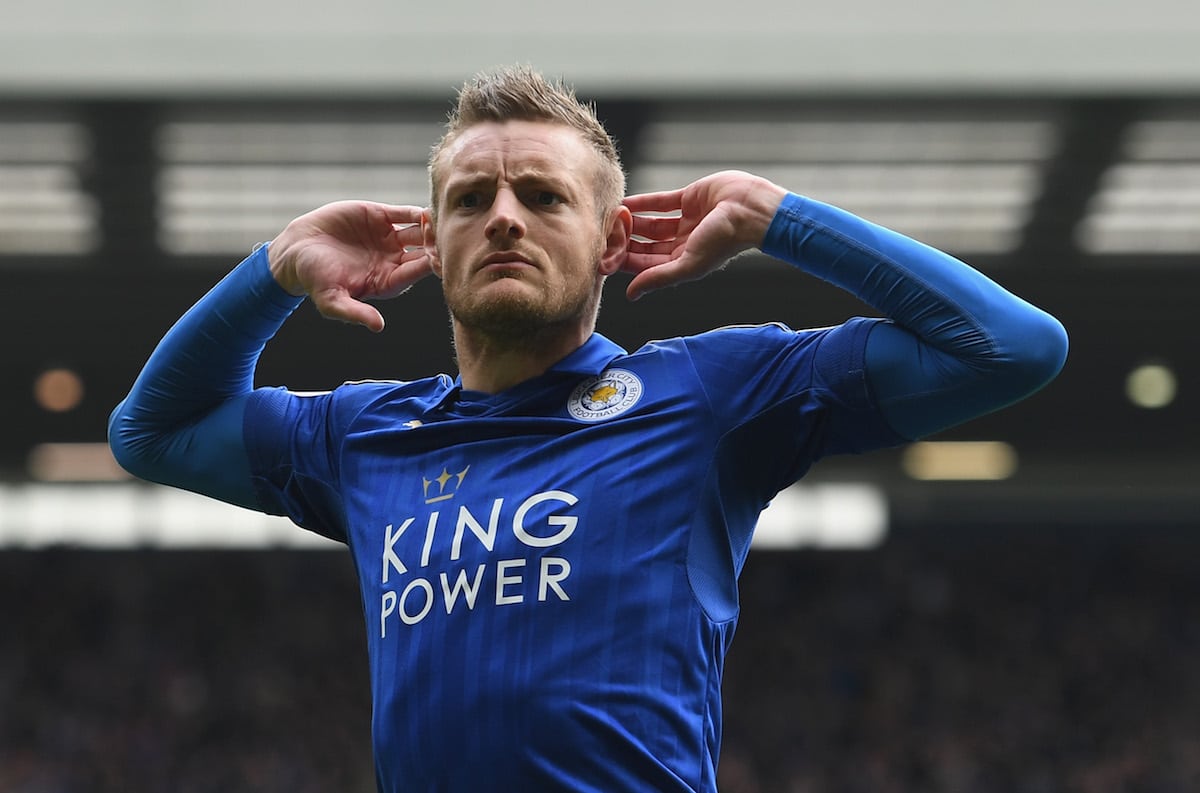 During his days turning out for Stocksbridge Park Steels the idea that Real Madrid would one day pursue Jamie Vardy would have seemed ludicrous. However, fast forward to the middle of Leicester’s Premier League title-winning campaign in 2015 and that is exactly what some news outlets in Spain were reporting.

Real were said to be impressed by Vardy’s phenomenal goalscoring run, which culminated in the English striker netting in 12 consecutive Premier League games. However, despite all the talk, no offer was forthcoming from the Spanish giants as instead Premier League rivals Arsenal made an approach. That was turned down by Vardy, however, who instead signed a new deal at Leicester.

When you think of Barcelona, one of the many great names that springs to mind is Carles Puyol. With his unmistakable mop of curly hair and dogged defensive attitude, the defender became a legend at the Camp Nou and spent his whole career there.

However, that did not stop reports surfacing that Puyol was set to leave Barcelona. The most sensational of them came in 2010, when it was reported by outlets in Spain that Puyol was off to Newcastle United – and Steven Taylor would be going the other way as part of the deal. The transfer, unsurprisingly, never happened and Puyol went on to enjoy four more years at Barça. Whatever happened to Steven Taylor?

The notion that Sergio Agüero could sign for Bayern Munich is not so far-fetched, but it is the circumstances of this proposed deal which makes it so hard to believe. It was claimed towards the end of 2013 that Bayern were prepared to trade Robert Lewandowski for Agüero as part of a straight swap deal.

Again, star striker for star striker doesn’t seem too pie in the sky. The only issue was Lewandowski hadn’t even joined Bayern when the story originated. Despite this it was reported Lewandowski would join Bayern from Borussia Dortmund for free in the summer of 2014 – and then immediately be swapped for Agüero. Both players are still at their current clubs.

Over the past few years there have been moments of discontent at Stamford Bridge. While the silverware has rolled in, owner Roman Abramovich hasn’t always reportedly been happy with the way it has been won. That has led to pursuits of Pep Guardiola and a raft of individuals who could turn Chelsea into Barcelona.

The most frequent of those in years gone by has been the Blues supposed pursuit of Lionel Messi. The Argentine sensation has been continually linked with a move to Stamford Bridge and each time the eye-watering amount of money on the table has gone up. When Pep went to Manchester City, so the Messi rumours moved with him. Once again, however,  Messi has ‘snubbed'  the Premier League by signing another new contract at Barcelona.

There is no denying Tottenham needed another striker to compete with Harry Kane, but the idea Sergio Agüero could be that man literally had manager Mauricio Pochettino in fits of laughter. The rumour emerged from Spain in October of 2016 as doubts grew over Guardiola’s faith in Agüero.

Spurs were reported as the club ready to snap up the striker, but when it was put to Pochettino in a press conference he merely laughed before adding: “100 per cent not true.”

Agüero is still yet to turn up in north London and later on in the season Pochettino would go on to dub Spurs ‘Champions of the Rumour Mill.’ It’s easy to see why.

This one, from the early days of the Premier League, came when QPR were ambitious and relatively successful, regularly finishing above their local rivals Chelsea.

The chairman was asked by a local reporter who they were looking to sign, and his response was along the lines of “The sky's the limit – we would go for anyone in the world.”

A bold boast. “What, even Diego Maradona?” responded the reporter, and with the chairman unwilling to back down on his boast, a legendary Evening Standard back page headline was born: “QPR want Maradona”.

Amazingly a teenage Maradona had been offered to Sheffield United for only £200,000 years earlier, but manager Harry Haslam, who'd missed out on Argentinian World Cup winners Ossie Ardiles and Ricky Villa, was stumped by his own board, who preferred defender Alex Sabella for £40,000 less. A false economy? 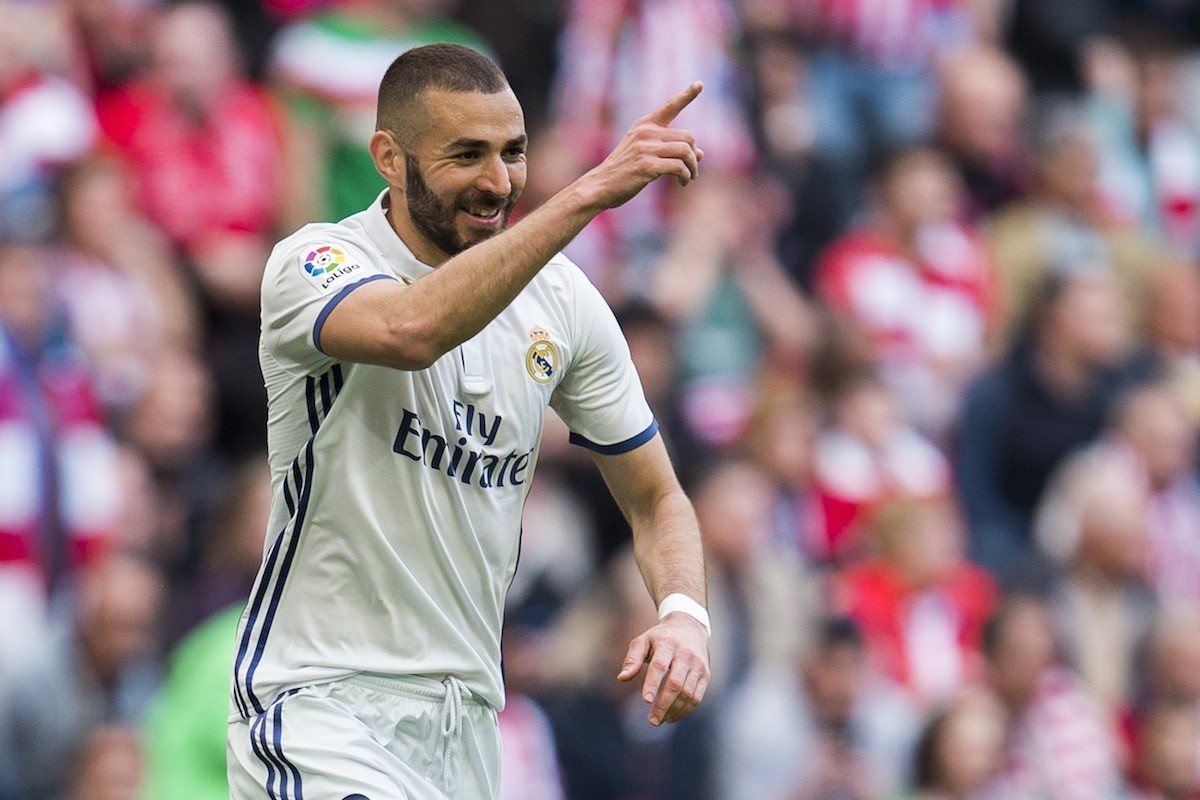 Arsenal have been linked with the French forward for nearly ten years now. It all started when Emmanuel Adebayor seemed unsettled in north London and Benzema was the flavour of the month in Ligue 1, at Lyon. Some said it was a done deal, but he ended up going to Real Madrid a year later, in 2009.

That did not stop Arsene Wenger from still being linked with a move for his fellow countryman, as he apparently failed to settle at the Bernabéu. It would appear that Arsenal have failed with bids for the striker in pretty much every transfer window since.

It was said, once again, Arsenal had agreed a £40m switch last summer as they also closed in on another favourite ‘long-term target' Gonzalo Higuaín. And only this week have reports surfaced again claiming Wenger sees him as the ideal replacement for Aléxis Sanchez.There have been times when Arsenal fans have got excited about the reports, but almost a decade of delay would seem to indicate it is a dead deal now, if it ever was one.

Even at the height of the ‘Wenger Out' campaign towards the end of last season, it was being reported Real Madrid president Florentino Pérez was going to offer the Arsenal manager a job at the Bernabeu as either sporting director or first team coach.

It is not the first time Wenger has been linked to the Madrid job. He is on record as saying he has turned it down on more than one occasion, preferring the autonomy of running things at Arsenal than being told who to pick and play in Spain.

Pérez publicly admitted the Arsenal manager turned them down in 2012, just three years after Wenger himself said he had rebuffed a job offer there having met with the club and said a job in Spain would be ‘interesting’.

Le Boss has always stated he will eventually reveal the full extent of the numerous job offers he has turned down to stay at Arsenal and Madrid is the perennial No.1, but there is a feeling among some cynics these offers reach fever pitch every time he is nearing the end of an Arsenal contract.

And remember the talk of him leading England? C’est absurdite!