The mid-season window is often a lot quieter than its summer cousin, but this month has been different. As the arms war for a top-four place in the Premier League hots up, and as multiple sides aim to ward off the threat of relegation, huge sums have been paid for high-profile players.

At Football Whispers, we utilise a unique algorithm to score the likelihood of transfers being completed out of five, and here are the ten big deals still on the table we believe will be done and dusted before the deadline expires.

It has been widely reported that Spurs have agreed a fee with PSG for Brazilian winger Moura, believed to be in the region of £25million, and the 25-year-old is said to have completed a medical in North London today.

With the deal set to be announced imminently, Tottenham are securing a former Manchester United transfer target who, despite falling down the pecking order at the Parc des Princes this season following the arrivals of Neymar and Kylian Mbappé, returned an impressive 12 goals and five assists in Ligue 1 last term.

Stoke are set to seal the signing of Senegalese midfielder Ndiaye from Galatasaray after the Turkish side accepted the Potters' £15million bid.

The 27-year-old midfield powerhouse only joined Gala in August, signing from Osmanlispor in a £6.5million move, but his impressive performances at Türk Telekom Stadi have piqued Stoke's interest.

Stoke broke their transfer record during the 2016 January window to sign Giannelli Imbula from Porto for £18.3million. They'll be hoping Ndiaye will make a more lasting impact than the man currently on loan with Toulouse. 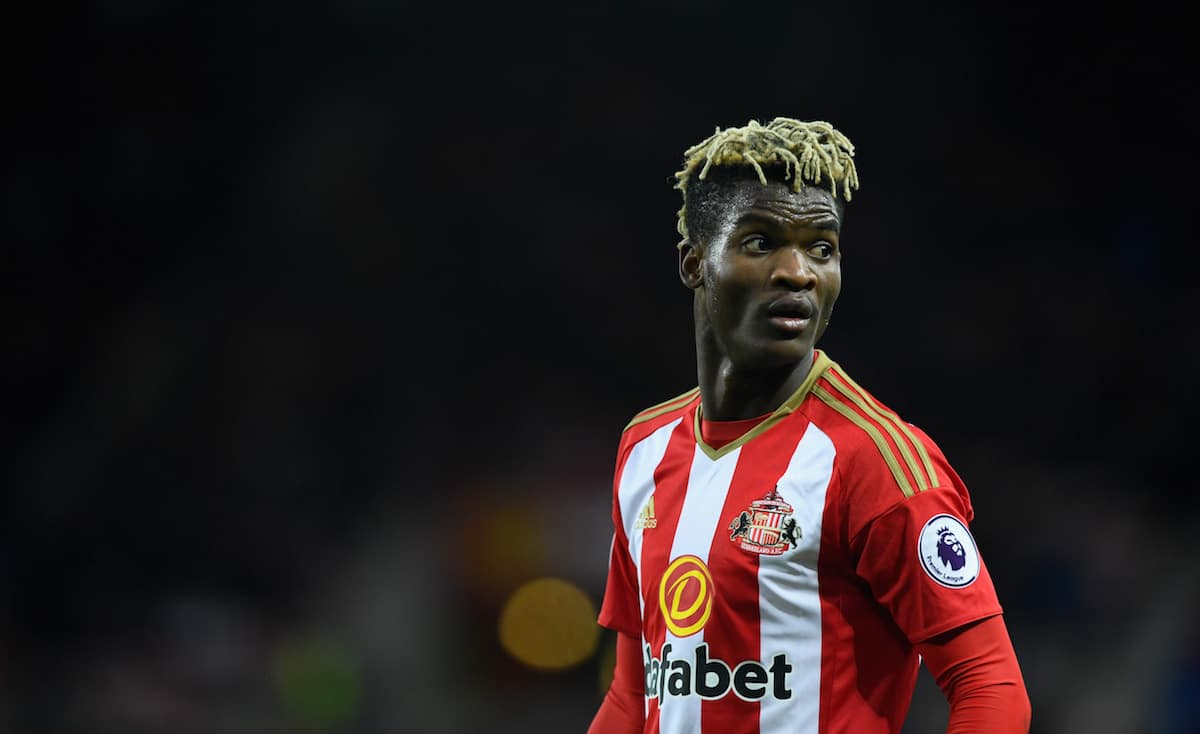 Arsenal new boy Pierre-Emerick Aubameyang isn't the only Gabonese star preparing for a Premier League switch today: Sunderland midfielder Ndong is set to seal a return to the English top flight from Sunderland by joining Watford on loan for the remainder of the season.

The 23-year-old former Lorient midfielder has started 16 league games for the Championship strugglers this term, contributing three assists and maintaining a 76 per cent pass accuracy.

His arrival at Vicarage Road will provide cover for Abdoulaye Doucouré. 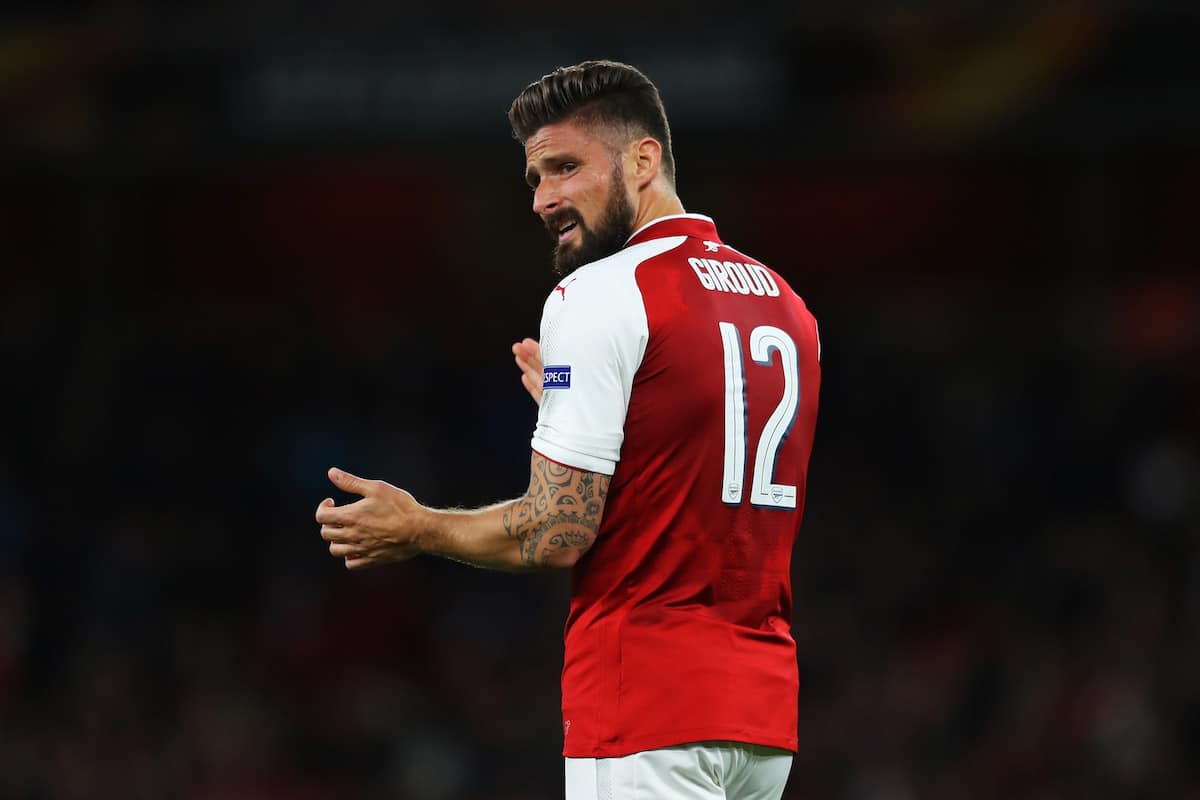 Chelsea have been on the hunt for a target man all month, linked with a wide range of targets in the press – from Peter Crouch to Edin Dzeko – but they finally look set to acquire a top-level big man in the form of Giroud.

Aubameyang's arrival at the Emirates will push the French international out, but a move to the Premier League champions will ensure the 31-year-old has the requisite platform to reassert his international credentials ahead of this summer's World Cup.

La Liga leaders Barcelona have already splashed a club-record £142 million to sign Philippe Coutinho from Liverpool this month, but they might not be finished spending big on Brazilian midfielders just yet.

The Blaugrana have been tracking Gremio midfielder Arthur, likened stylistically to Camp Nou legend Xavi, for some time.

The 21-year-old playmaker was instrumental in the Brazilian side's Copa Libertadores triumph last year and, according to reports in Spain, could be about to join Barça in a £22million deal. 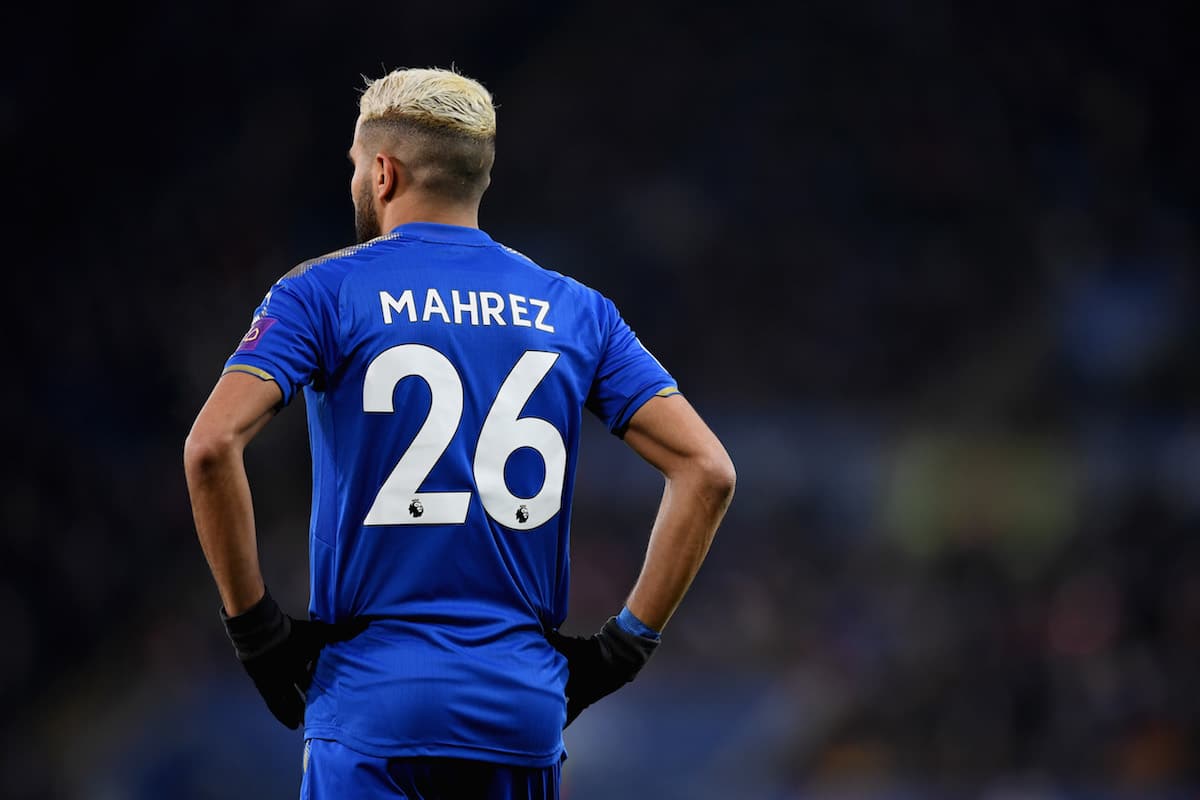 Having decided against matching the personal terms Manchester United offered to Alexis Sánchez earlier this month, it looked as though City's final piece of business for the current window would be their club-record £57million acquisition of French defender Aymeric Laporte from Athletic Bilbao.

But an injury to Leroy Sané has inspired the runaway Premier League leaders to re-enter the market, identifying Leicester's Mahrez as the mad to add options to Pep Guardiola's attack.

The Foxes are said to be extremely reluctant to sell, however, and City might have to break their transfer record for the second time in a week if they are to have any chance of landing the gifted Algerian winger. 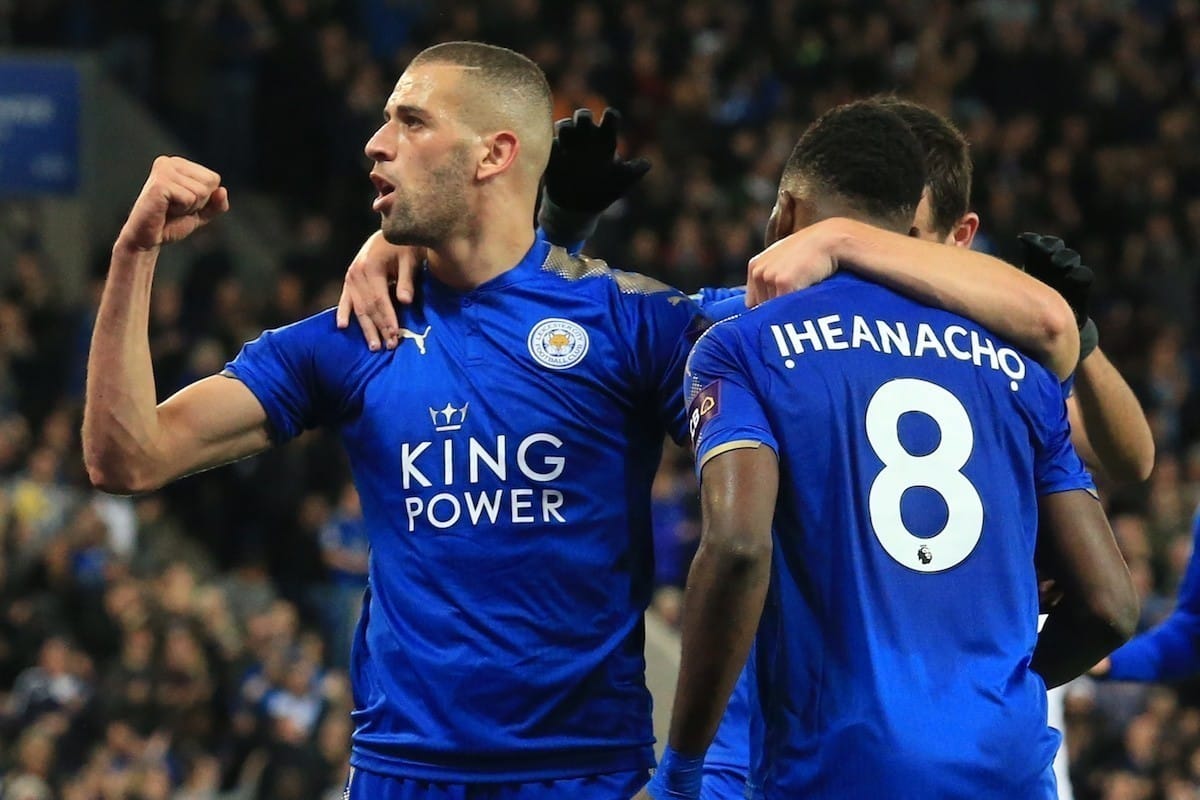 One man Leicester will be less worried about losing is Mahrez's international colleague Slimani.

The powerful striker joined Leicester in the summer of 2016 having been prolific in Portugal with Sporting Lisbon. The 29-year-old has been unable to recapture his best form in England, though, and the Foxes are ready to cut their losses.

Newcastle are in desperate need of reinforcements to stave off the threat of relegation back to the Championship. While Slimani represents a risk, he is one the Magpies can't afford not to take. 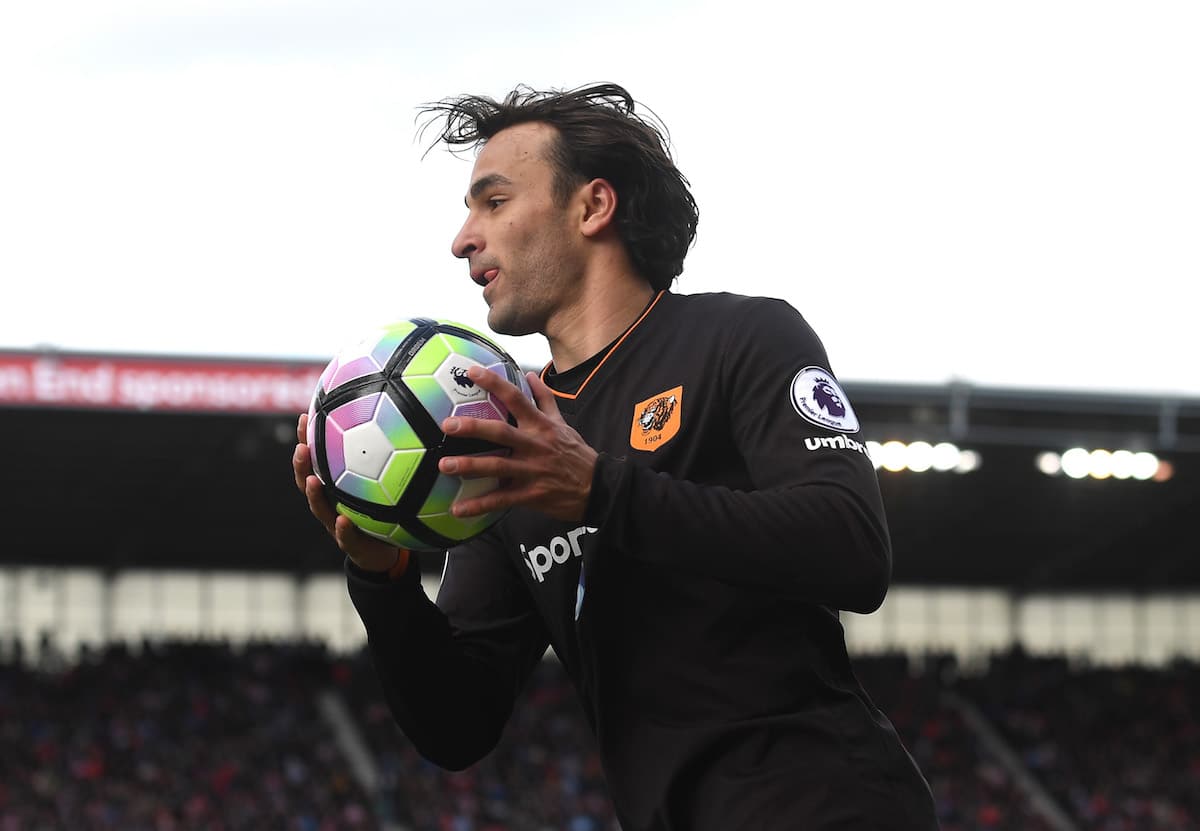 When he moved to Anfield from Benfica for £20million in 2014, Marković was regarded as one of Europe's brightest prospects.

But the Serbian winger has been unable make an impact with Liverpool and could finally be about to leave the club on a permanent basis after three loan moves in the last three seasons.

Swansea, with just 18 goals to their name, have one of the Premier League's bluntest attacks. Strikers Wilfried Bony and Tammy Abraham have been starved of service all season; the Swans will be hoping Maković can change that. 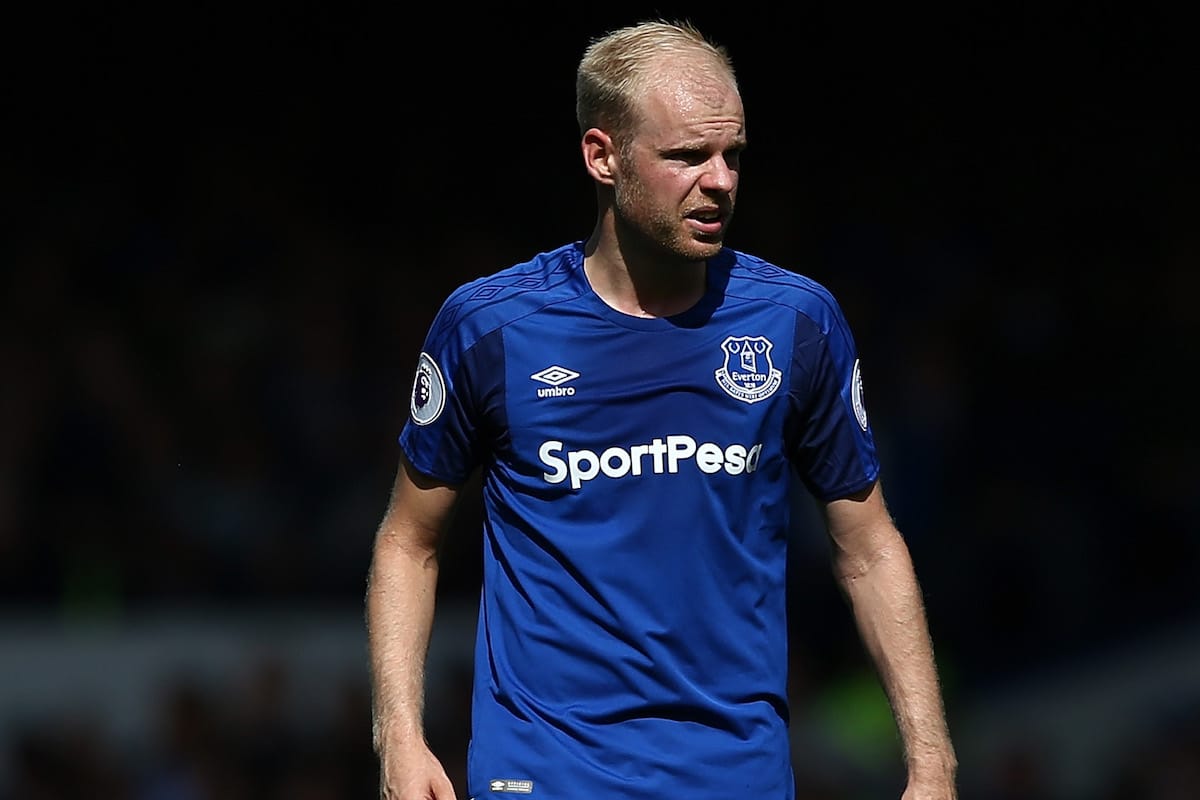 With just four Premier League appearances under his belt this term, it's fair to say that things haven't gone to plan for Klaassen at Goodison Park since his £24million switch from Ajax last summer.

New Everton boss Sam Allardyce has admitted that Klaassen doesn't figure in his plans for the rest of the season and a loan move away from Merseyside could be best for all involved.

Napoli, currently leading the Serie A title race, are favourites to land the Dutch international on loan.

Klaassen's departure might not be the only piece of business done at Goodison Park today, with the Toffees interested in Manchester City centre-back Mangala.

The 26-year-old defender arrived at the Etihad from Porto in 2014 for an eye-watering £42million fee, but has never managed to justify the hype surrounding his signing.

After spending last season on loan in La Liga with Valencia, he has had to settle for a bit-part role at the Etihad this term, and the arrival of Laporte will only further limit his game time.

Everton are interred in taking Mangala on loan for the rest of the campaign.