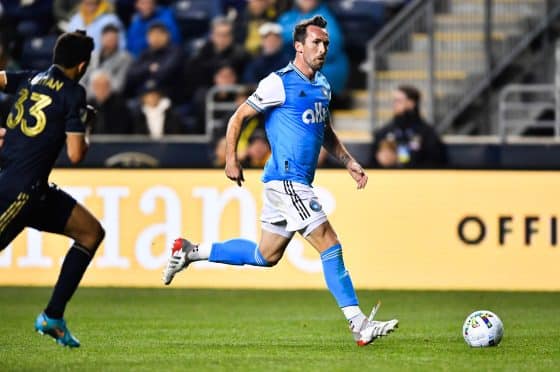 It’s no secret that Major League Soccer has brought in many top-class players over the years, not just to increase the quality of football, but also to improve the profile of the sport in the country.

Their time in MLS was undoubtedly well-known, such was their presence both on and off the pitch. But how about the players who have gone slightly under the radar in their moves to America?

Here are 10 players you may not have known are currently playing in MLS:

After six years in the Premier League with Leicester, left-back Christian Fuchs made the switch to Charlotte FC last summer. His time with the Foxes included the memorable league title win in 2015/16, and the 2020/21 FA Cup. The full-back will forever remain a Leicester hero for his role in that unforgettable Premier League campaign, but now he is hoping to make new memories in MLS.

Another former Premier League left-back, ex-Arsenal man Kieran Gibbs is now enjoying life in the US. He has three FA Cups to his name from his time with the Gunners, and is now in his second season in MLS with Inter Miami, playing under manager Phil Neville. The boss is, however, under pressure after a disappointing start to the new season. They currently sit eighth in the Eastern Conference after 16 matches.

Once one of the most exciting and talented teenagers on the planet, Scottish attacker Ryan Gauld is another currently playing his part in an international-looking MLS campaign. After impressing early on for Dundee United, he spent several years trying his luck in Portugal with a handful of different clubs, but now lines out for Vancouver Whitecaps in the Western Conference.

Brazilian striker Alexandre Pato was also widely regarded as one of the most promising rising stars of world football once upon a time, but sadly he has somewhat failed to live up to expectation. After spells at AC Milan, Chelsea, and Villarreal among others, the 32-year-old now represents Orlando City. The Brazilian lit up the San Siro once upon a time, particularly in the Champions League.

Not so long ago, Xherdan Shaqiri was playing Champions League football for Liverpool, but his time with the Reds came to an end last summer. A switch to Ligue 1 side Lyon followed, but the winger left after just a few months to become Chicago Fire’s most expensive signing in the club’s history. His club journey is certainly quite a spectacle, with the Swiss star having also played for Inter Milan, Bayern Munich and Stoke City.

Victor Wanyama really burst onto the season during his time in Scotland with Celtic, lifting two league titles and the Scottish Cup during his two-year stay in Glasgow. Stints at Southampton and Tottenham Hotspur in the Premier League followed, with many believing that big things were in the offing for the talented midfielder. The Kenyan is now into his third season with CF Montreal, helping the club to the Canadian Championship in 2021.

Brazilian winger Douglas Costa has lined out for some of the biggest clubs in Europe, spending plenty of time at both Bayern Munich and Juventus. He won plenty of silverware throughout those years, and is hoping for more of the same with his current club LA Galaxy. He remains on loan there from Juventus, and is looking increasingly like leaving the Turin side permanently. 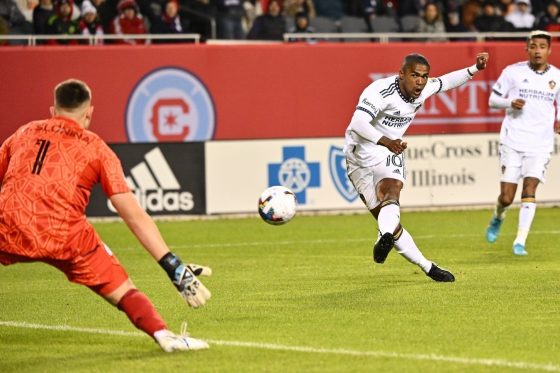 Another experienced player to have won lots of silverware throughout his career is goalkeeper Kenneth Vermeer. The former Netherlands international won four Eredivisie titles with Ajax, and later another league title with Feyenoord. He now plays for FC Cincinnati, having first appeared in MLS with Los Angeles FC in 2020.

Beginning his senior career at Manchester United, big things were expected of striker Ashley Fletcher. But underwhelming spells with West Ham, Middlesbrough and Watford followed, with the 26-year-old now on loan from the Hornets at MLS side New York Red Bulls. There is an option to purchase the forward after he moved on a six-month loan deal in February.

Fletcher is joined in MLS by another player with ties to the Hornets, with fellow forward Cucho Hernandez set to join Columbus Crew for a club-record deal next month. The Colombian hardly featured for the English outfit during a five-year spell, having been loaned out to Huesca, Mallorca and Getafe.

Who are the latest stars to join MLS?

The likes of Gonzalo Higuain and Blaise Matuidi stole the headlines a few years ago when they made high-profile switches to Inter Miami. The former is still lining out for the club, but the latter has been left out of their roster for the current campaign.

The duo, have, however, been outdone by the latest group of MLS recruits. Undoubtedly the biggest name on the list is former Real Madrid and Spurs attacker Gareth Bale. The winger had been linked with a return home to Cardiff, but has seemingly settled for the plush golf courses that are on offer in the US with a move to Los Angeles FC.

Joining him is Juventus and Italy legend Giorgio Chiellini. The 37-year-old has been brought in to keep things tight at the back, with the high-profile pair certain to increase shirt sales and attendances in Los Angeles.

Also joining MLS from Serie A is ex-Napoli forward Lorenzo Insigne. The talented attacker has signed a deal with Toronto FC, with the club seemingly in desperate need of some firepower as they look to climb the Eastern Conference. Insigne netted 13 times for Napoli last season, helping his club finish third behind AC Milan and Inter. 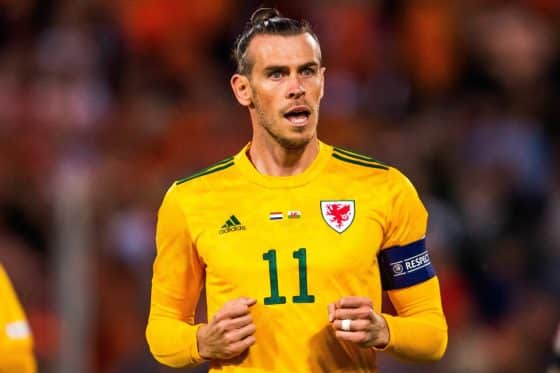