Chelsea hit an unexpected jackpot in this transfer window when Brazilian midfielder Oscar, who the club originally signed from Internacional for just under £20million, was sold to Chinese club Shanghai SIPG for over £50m.

Antonio Conte’s side are currently riding high atop the English Premier League, but there are still a few areas of the squad which they could look to improve, and with the right signing they could even bolster their starting eleven.

The financial power of Chinese football and a potential replacement for Oscar were among the topics discussed in the first episode of Football Whispers TV, which you can see below. 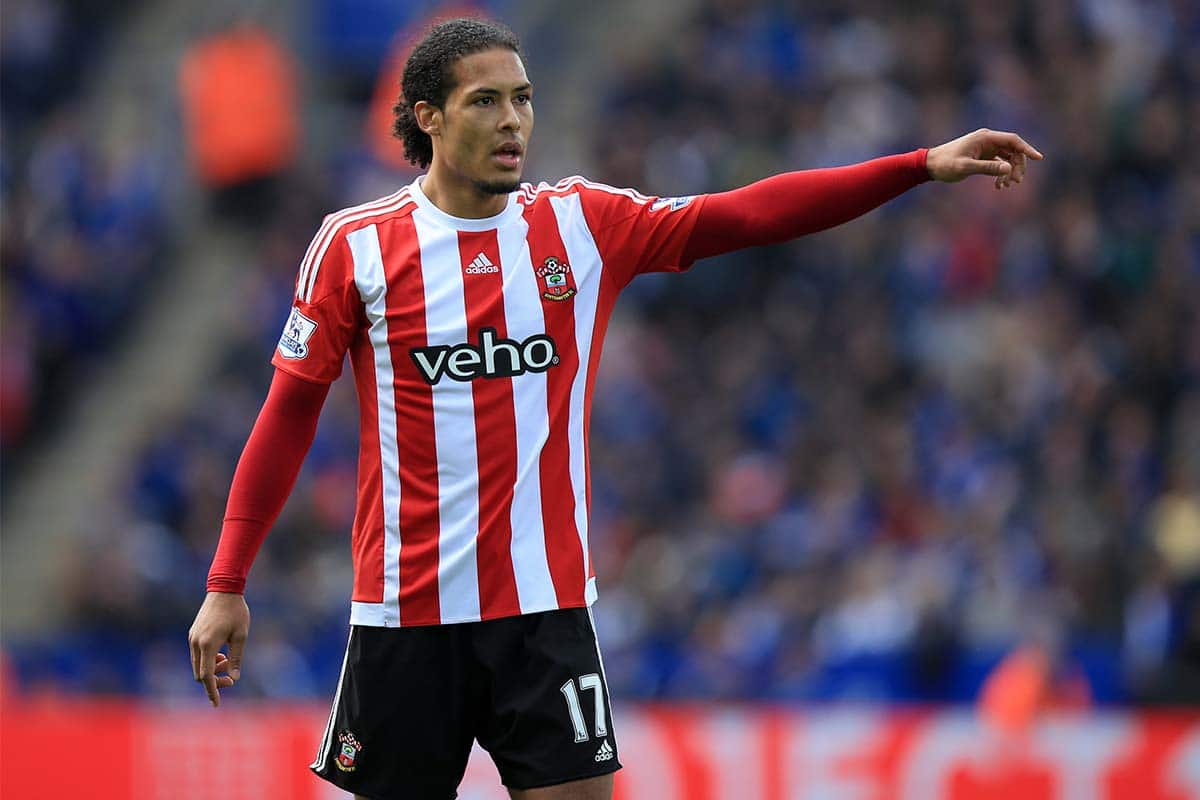 Good centre backs are increasingly difficult to come by, and with Chelsea operating with three of them, they ideally need to find one more.

Virgil Van Dijk has been impressing for Southampton in recent months, and also had a good stint north of the border at Celtic which convinced the south coast club to make a move for him.

He’s a good aerial presence, comfortable on the ball, and can also be a surprise threat from free kicks.

In Cesar Azpilicueta and David Luiz, Chelsea have a good mix of defensive skills. Van Dijk would be the upgrade they need on Gary Cahill which would complete the trio.

Read a profile on the Premier League’s most wanted man .

Stefan De Vrij is another Dutch defender Chelsea could take a look at to bolster their ranks at the back.

The 24-year-old isn’t quite as tall as his compatriot Van Dijk, but still possesses the good football skills he learnt during his years at Feyenoord.

Clubs from around Europe were alerted when it became known that he might not renew his deal at Lazio, and the Italian club are likely to want to sell sooner rather than later so they don’t lose him on a free transfer. 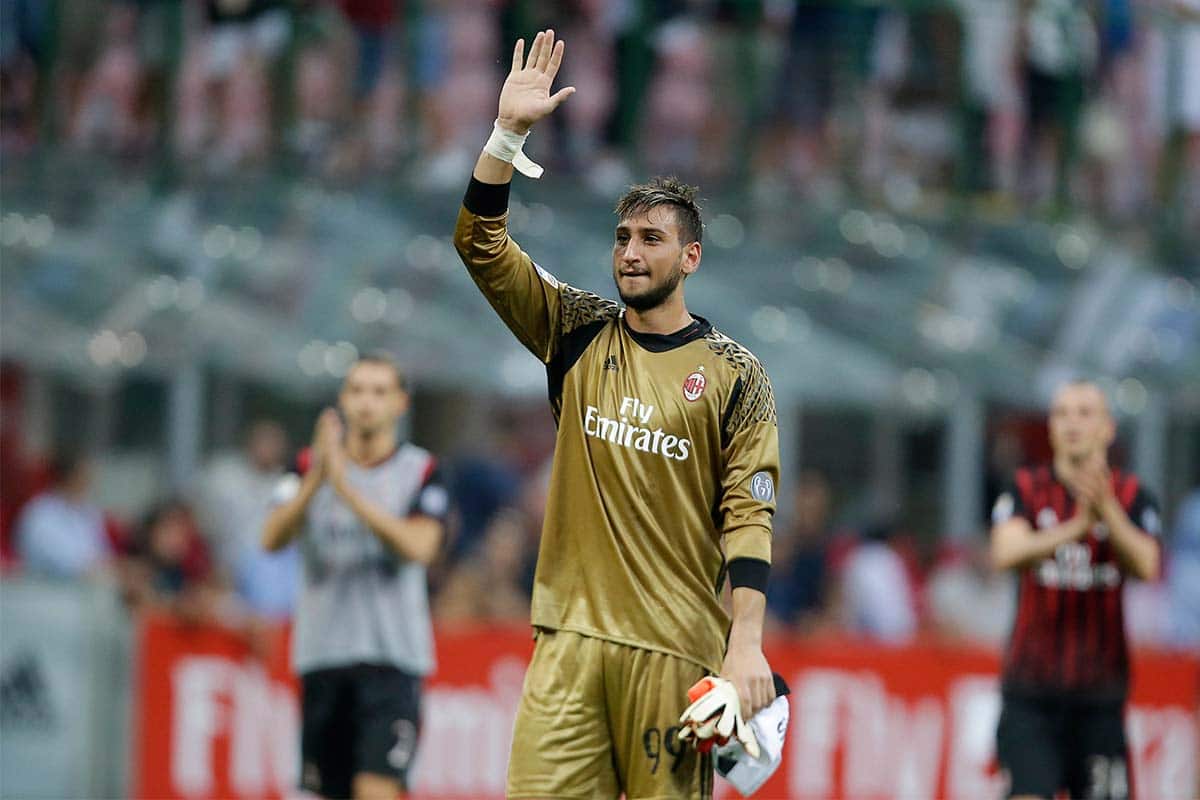 For a team that boast the world class talent of Thibaut Courtois between the sticks, it might seem out of place to suggest that they sign another goalkeeper, but when that man is the heir to Gianluigi Buffon the idea should become more understandable.

Add to the mix that Courtois has been one of a select few goalkeepers linked with Real Madrid over the past year or two, and if Chelsea moved early for Donnarumma, getting him in while Courtois is still at the club, he could settle in and eventually surpass the Belgian or replace him should he moved away from the Bridge.

This potential means that the AC Milan player will be difficult to sign, not only because Milan will be reluctant to let him go, but should he become available nearly every top club in world football would be taking a look at him.

Chelsea may hold the trump card in the shape of the ‘keeper’s fellow Italian, Conte, but if he’s to emulate Buffon then the towering 17-year-old could stay in Italy where he’s getting regular game time.

The goalkeeper was among those included in our Italy-based wonderkids article for the Sun, which you can read here. 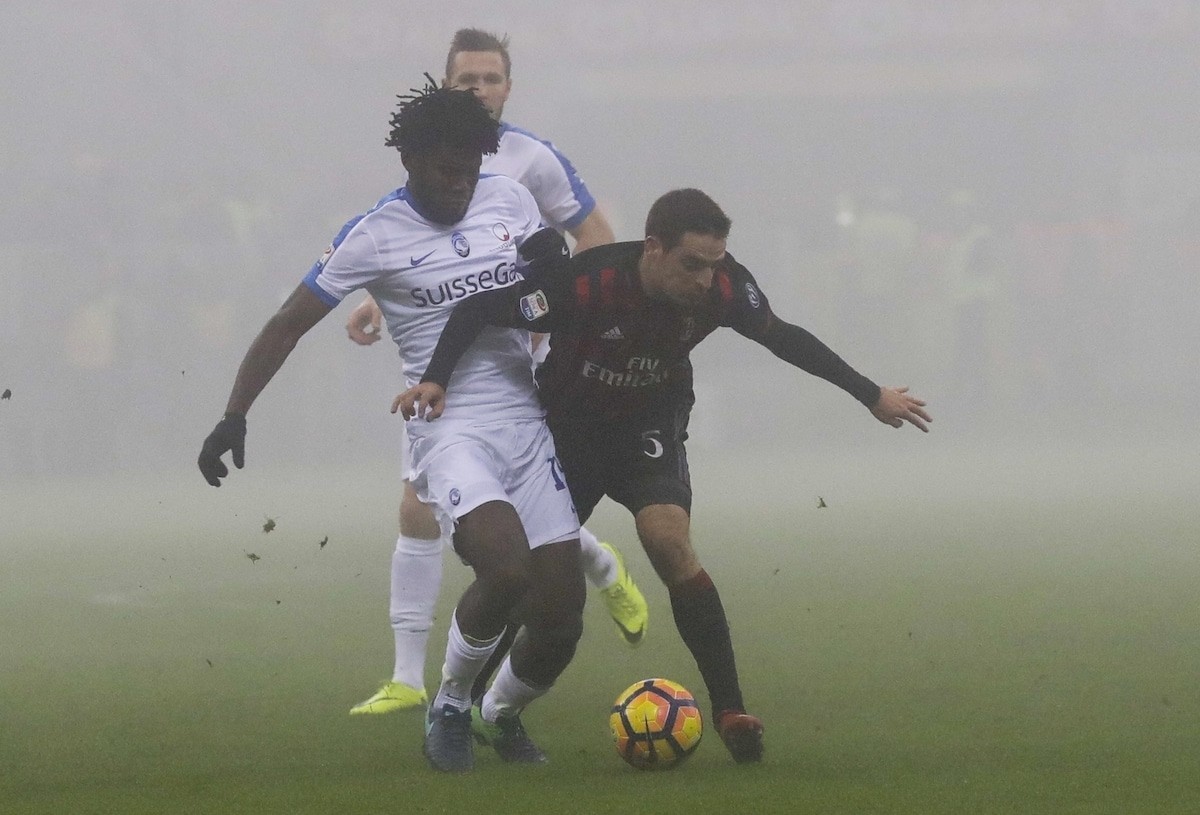 The most obvious starting point when looking at players the club could bring in would be in midfield, replacing Oscar. You also get the impression that Conte would prefer a different type of midfielder to some of those already at the club.

Chelsea’s use of wing backs in a 3-4-3 formation means that the two central midfielders can often end up playing box-to-box roles. They have to have the engine of a wing back, but also the footballing ability of a midfielder.

Despite being only 19-years-old, has shown a range of technical and mental assets which could see him force his way into a team such as Chelsea’s sooner rather than later, especially as his current side play with a back three too.

His strength and physicality would make him ideal for the Premier League, and previous games at centre back give him good defensive awareness.

His wage would probably be less than Oscar’s, and the transfer fee would be around half of the amount they received for the Brazilian. 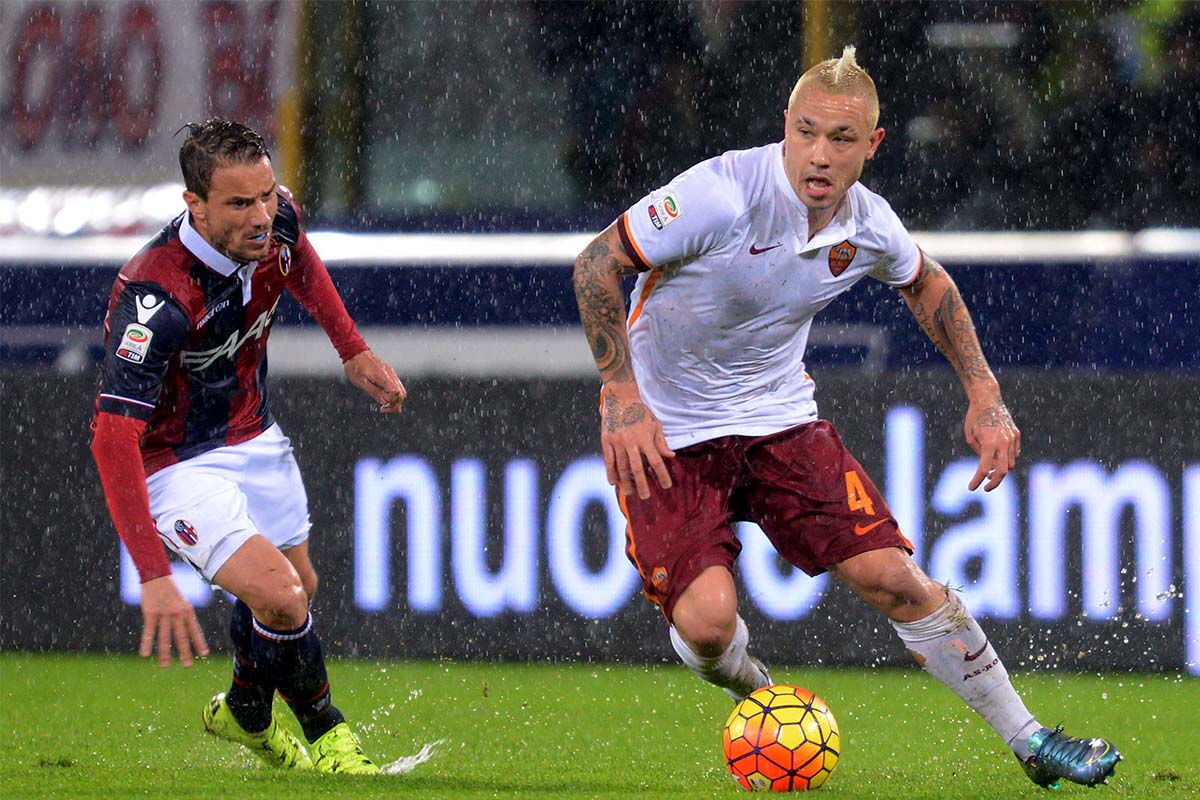 Radja Nainggolan is another midfield engine who would bolster Conte’s options in the centre of the park.

He’s shorter in stature than Kessie, but there’s no lack of drive and determination in the Belgian’s game.

Currently at 3.7 out of 5 on Chelsea’s Football Whispers Index, the 28-year-old would demand a good wage, and considering it is unlikely he would be resold for a bigger fee in the future, he may be deemed the worst value of the midfielders mentioned here.

That said, he has more experience and would be a very useful signing should he arrive in London. 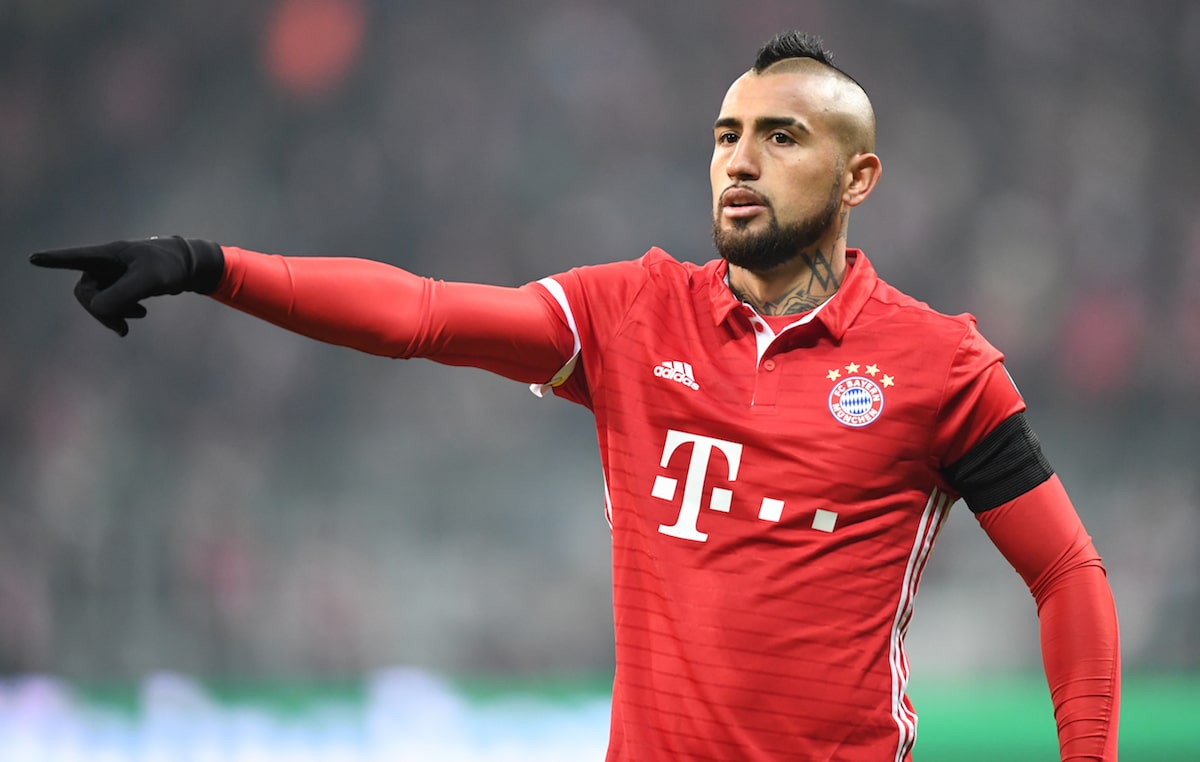 Arturo Vidal is currently second on the Chelsea Football Whispers Index with 3.9, and the Chilean midfielder has already played for Conte when the pair enjoyed success at Juventus, winning three titles in a row together.

The 29-year-old fits the box-to-box requirement, and is experienced enough to step straight into the team as a leader in the middle of the park.

It would take a good chunk of the Oscar money to prise him from Bayern Munich, but Conte is likely to see it as money well spent.

If he ends up on the pitch at Stamford Bridge, Chelsea fans would likely agree. 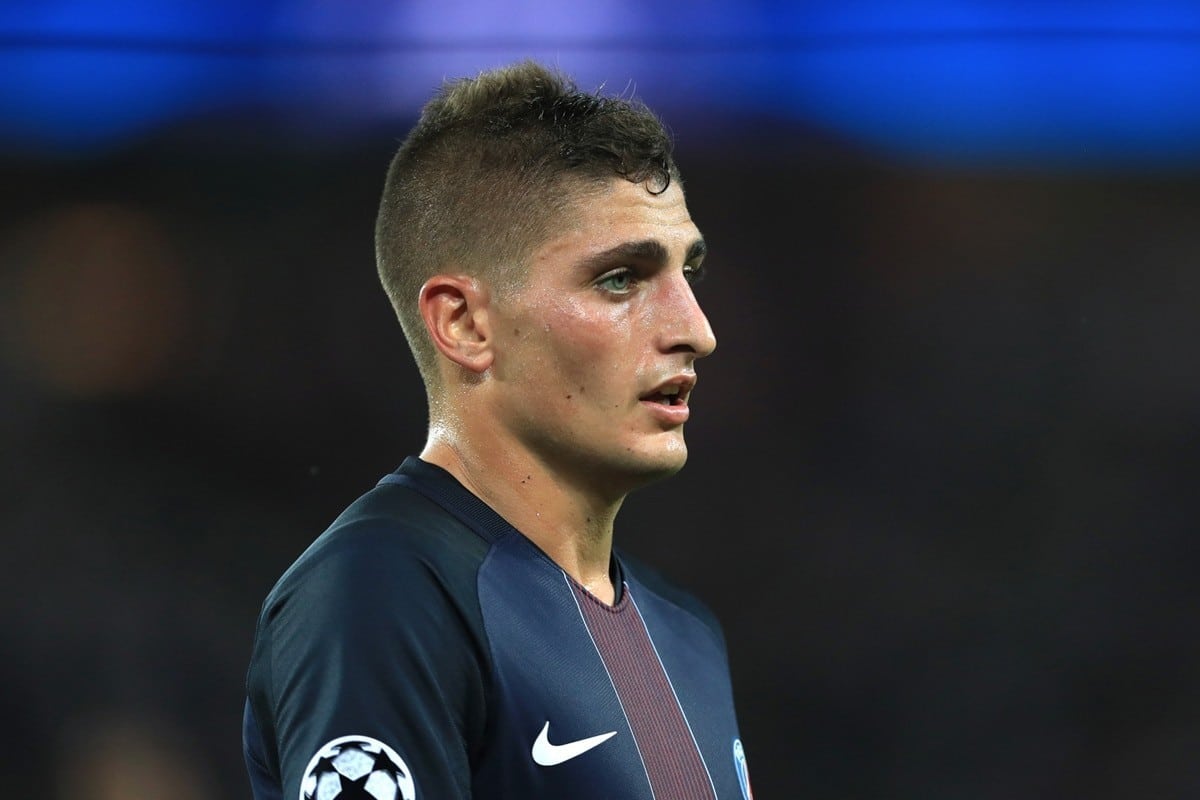 Marco Verratti is possibly the most highly rated of the central midfielders discussed here, and at 24-years-old it could be said that he’s yet to reach his peak.

Though the wages of Vidal, Nainggolan, and Verratti would be considerably more than Kessie’s, you get the impression that shelling out for the right player would be no problem for Chelsea.

Verratti offers a tenacious but creative presence in the midfield, and with this in mind you could say that he’s also an upgrade on Cesc Fabregas, as well as taking Oscar’s place in the squad. It would be big money, but they'd be getting what they pay for.

Further forward Chelsea are using two attacking players behind a central striker. Conte has been reluctant to start striker Michy Batshuayi in Diego Costa’s absence, preferring to use Eden Hazard as a false nine, so will he use the Oscar money to buy another attacker in January? 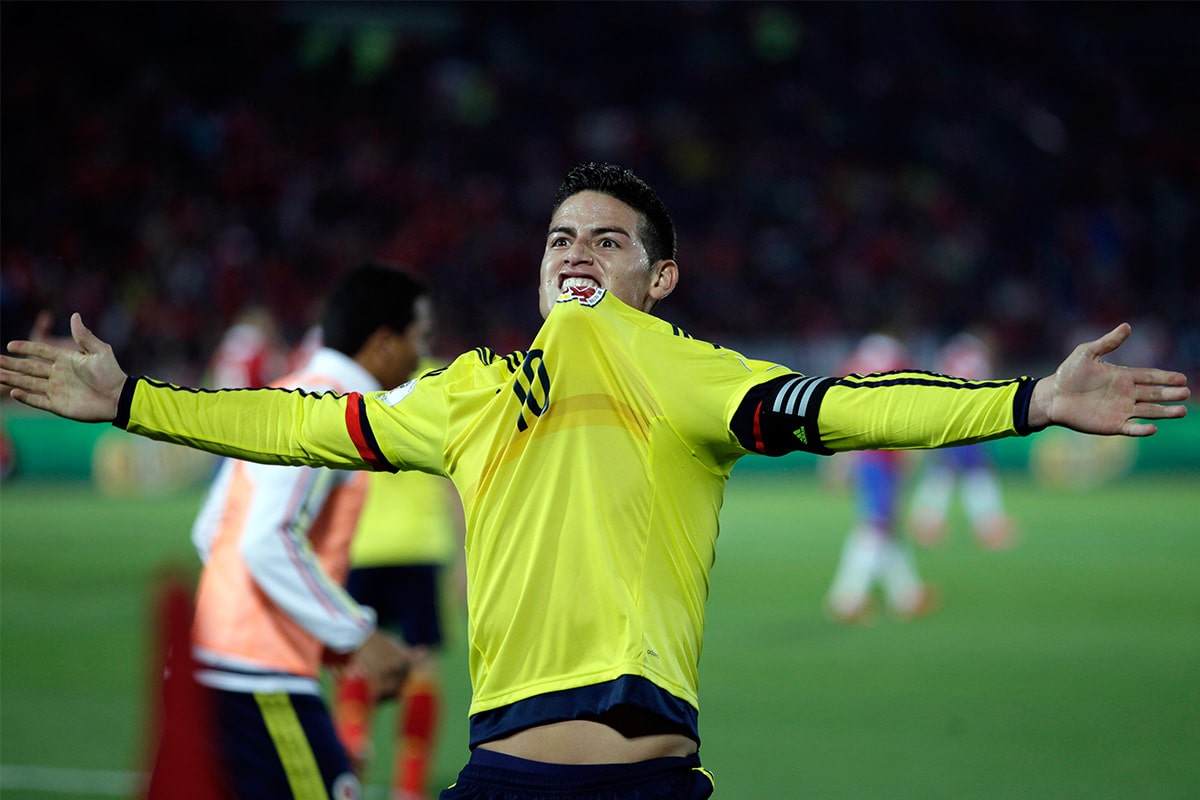 Colombia star James Rodriguez boasts world class technique and excellent play-making ability. He would be the perfect creative addition to a squad which already contains the trickery of Hazard, the speed of Pedro, and the all round skill and work rate of Willian in the wider areas.

The 25-year-old Real Madrid outcast would cost Chelsea all of their Oscar money, and maybe more, but adding another world class talent to a top-quality forward line would see them able to challenge on all fronts when they return to the Champions League next season. 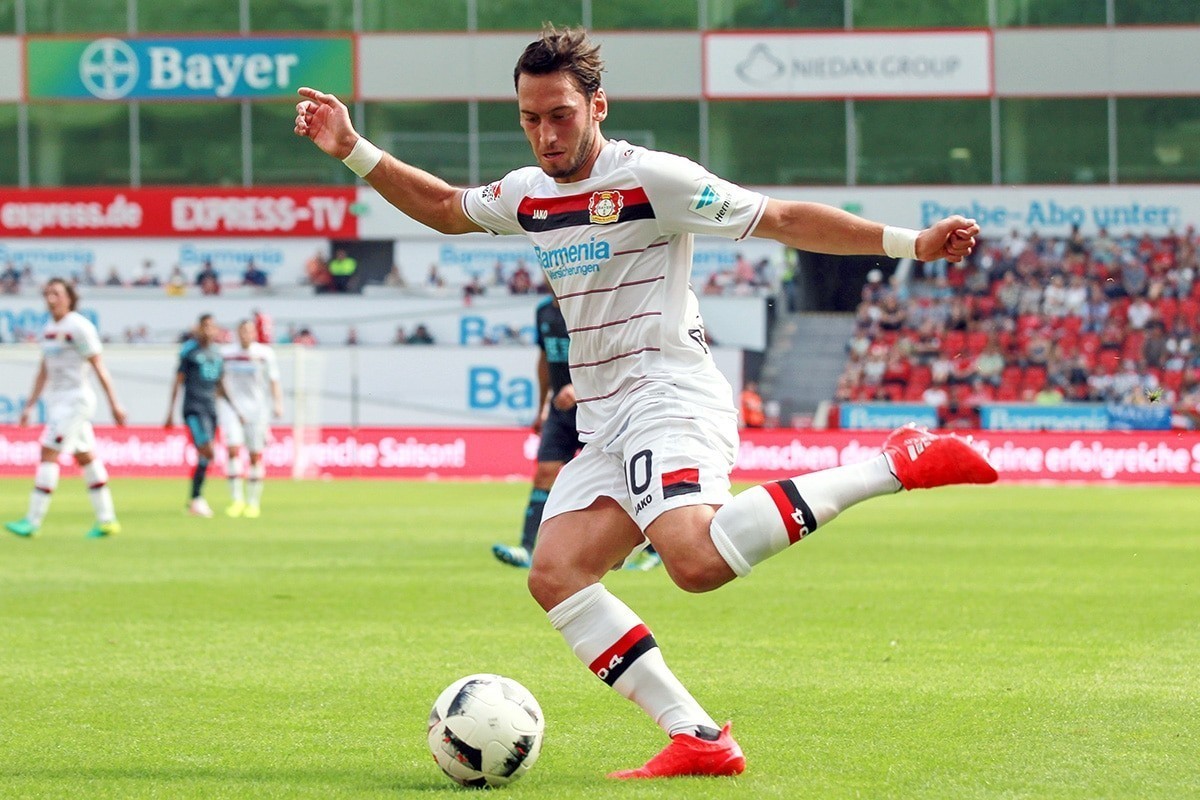 Hakan Calhanoglu would be the cheaper alternative to Rodriguez. The Turkish creator’s main strength is his set piece taking, but he would also offer another dimension to Chelsea in general play.

The 22-year-old could improve under Conte’s guidance, and he’s a to the ones already playing for the Stamford Bridge club. What’s more, he’d be available for less than half of the amount they received for Oscar.

Our writer Sam McGuire thinks Calhanoglu would be a good fit for the Blues and you can find out why. 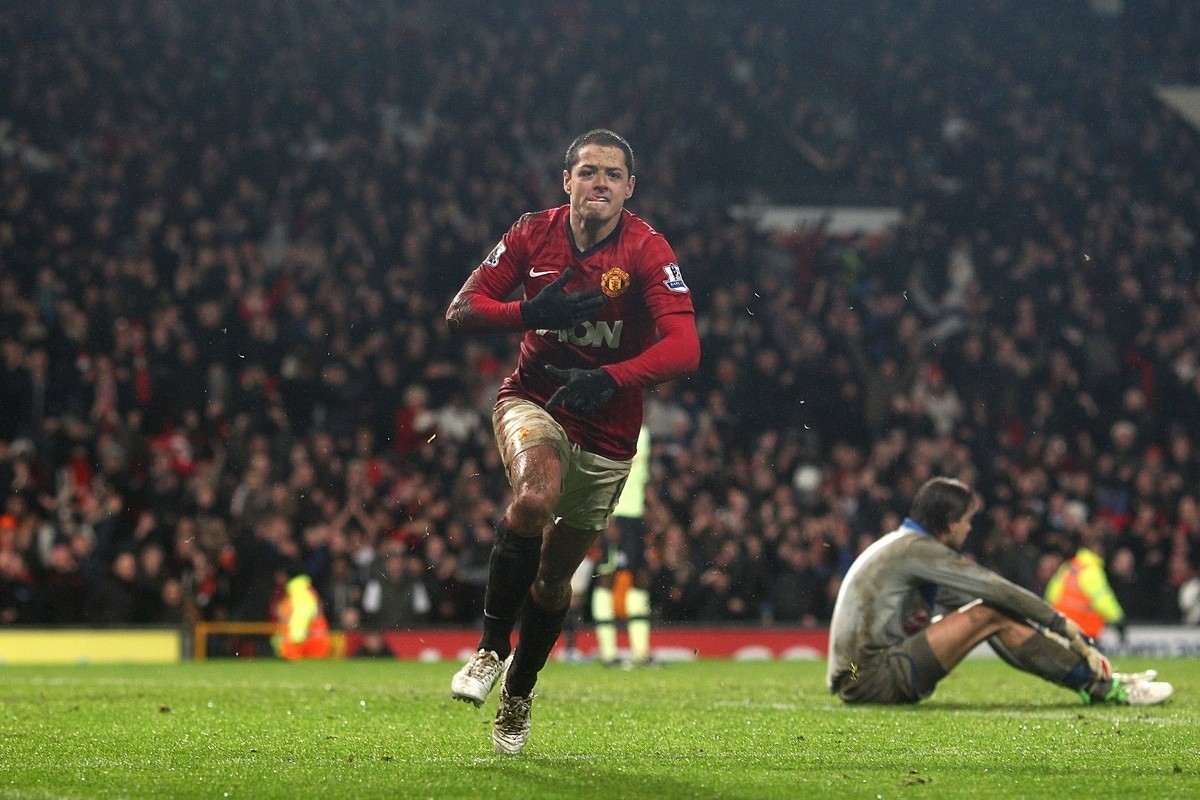 The Mexican striker known as Chicharito has proven that goal poaching isn’t the dying art many thought it was.

With 33 goals in 63 games for Bayer Leverkusen, the 28-year-old averages more than a goal every other game for the club.

His age and ability would mean he’d cost a premium price, and it remains to be seen whether he’d want to join the club as second fiddle to Diego Costa, but if Chelsea want to pay serious money for important goals from the bench, then Hernandez could be a good option.