Nothing gives football fans more joy than watching their team win, but there is also a certain satisfaction from reading about the beautiful game and discovering a level of insight and intrigue that you would never know about without the work of some very talented authors.

Rather than bore yourself with the self-satisfying pat on the back of players' autobiographies, here are 10 football books you must read before you die.

Living on the Volcano – Michael Calvin, 2015

Read about the second in the @CalvinBook trilogy, Living on the Volcano https://t.co/ERfaQeIE8k

Most fans won't second's thought before calling for their manager’s head after a few bad results. Michael Calvin takes us deep inside the world of the football manager, beyond the boring press conferences and the stern front given on TV. It opens a scene of uncertainty, vulnerability and insight into their very fragile existence.

Speaking to managers up and down the country, from the opening epilogue by Arsène Wenger, to Mark Hughes, Alan Pardew, Sean Dyche, Garry Monk and more, this is a fascinating look into the lives of the game's leading tacticians and reveals precisely how chaotic things are in football’s most difficult job.

Books following the insights of a countries love for football are not by any means revolutionary, but Alex Bellos' look into Brazil and their love of the game gives the genre a whole new breath of life.

No stone is unturned; rather than write a book from the comfort of Rio de Janeiro’s Holiday Inn, the author travels to every corner of the country and talks to people of interest at every level of this country that lives for football.

From the man who designed Brazil’s famous yellow strip, the player who scored the winning goal against the Selecao in 1950, to priests and then to the Faroe Islands to visit three Brazilians playing on the tiny island.

This book is everything you ever wanted to know about Brazil and their obsession with the game we all love.

Italia ’90 somewhat brings about the end of an era of football writing. If you are of a certain age, regardless of your country of origin — Scotsman writing this — that is the World Cup of your childhood.

For the first time, you were opened up to players from across the globe, most of whom you’d never heard of, long before 15-year-olds could tell you everything you need to know about Bundesliga wonderkids.

It was also the last England team to capture the heart of the nation. The drama and intrigue of Paul Gascoigne, the deadly finishing of Gary Lineker and the passion of Stuart Pearce; this team had it all, including the heart-breaking semi-final defeat.

This book comes at a time when access wasn’t as guarded and restricted. Davies is able to go into a level of detail that no journalist following the England team will ever be able to do again.

Open Spotify, turn on “Nessun Dorma” and read this classic journey through a wonderful World Cup.

Despite being bitter rivals, the English have always had an interest in Germany’s different take on culture and football — from their ruthless efficiency, lack of a sense of humour and the towels on sunbeds at 5am. But Hesse’s book blows away all the preconceptions you have going in and brings a level of detail never achieved before.

From the window into German players insulting each other, to the entertaining and unpredictable world of füssball. The chapter on East German football says more about the dictatorship surrounding the country at the time than most political books on the same subject.

Most football books tap into a level of unknown knowledge, that which surrounds a club, a league or a player; Nick Hornby’s novel taps into a level of fandom that had never been documented before.

It sparked many spin-offs and cast-offs, but none of them can hold a candle to the original, the ‘Bridget Jones’ Diary” for men.

The main antagonist used football and his love for Arsenal as a measure of escapism. Forgetting about his parents’ divorce, his problems with women, the eternal question of what to do with his life, all for 90 minutes at Highbury.

A beautifully written story, it’s funny, and it gives a new angle to the normal view of fandom being a hobby.

If only Arsenal Fan TV was as insightful. 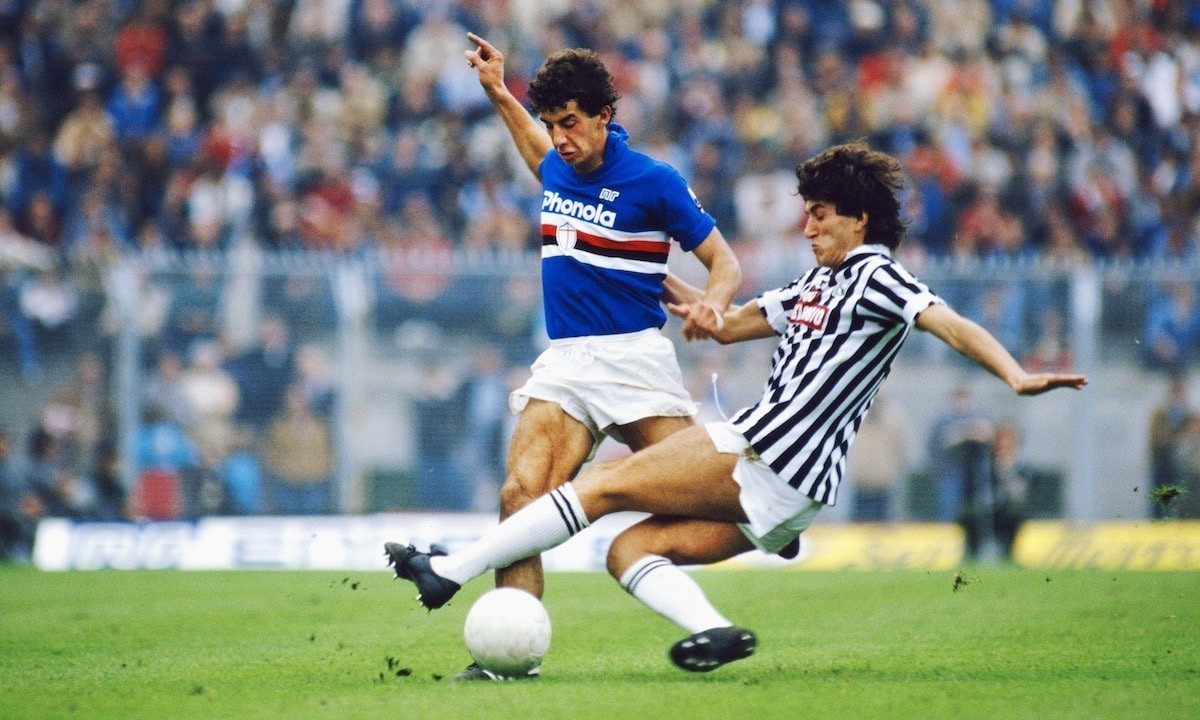 Read More: The Rise of Sampdoria

A unique book that looks at the characteristics of England and Italy, two nations with a feverous love of their own culture and football, and looks at the affect the game has on these two countries.

Who better to examine this than an Italian international striker who had a very successful career in England and an award-winning journalist who covers the English game for press on both sides.

They speak to the big hitters: Sir Alex Ferguson, Jose Mourinho, Sven Goran Eriksson and Wenger. From tactical openness of ‘The Special One’ admitting he played 4-3-3 at Chelsea due to the Premier League’s fondness of 4-4-2 and the revelation that Milan averages more rainfall than Manchester — thus dispelling a lot of myths believed around the way both countries develop their footballing culture.

For the best part of 53 years, Hugh McIlvanney wrote about sport for the Observer and The Sunday Times. This is a wonderful timeline delving into the European game, the early Premier League years and the emergence of the powerhouse that is the Champions League.

From his match report at the 1960 European Cup Final at Hampden Park between Real Madrid and Eintracht Frankfurt, he goes on to dissect over 20 of football’s biggest names; Matt Busby, Kenny Dalglish, Jock Stein, it’s a who’s who of rich football history.

McIlvanney’s insight is simplistically brilliant, even from the introduction when he apologies for “presumptuousness of the book’s title that was forced by the publishers”.

He covers a whole host of topics, from Cantona’s Kung-Fu kick to Hillsborough and hooliganism, before settling into dispatches from World Cups from 1966 to 1994. Whether you know a little or a lot, McIlvanney brings the tournaments back to life. Essential reading for potential journalists and great for nostalgia hunters, this has something for everyone.

See yourself as a Football Manager guru, complaining about the merits of 4-2-3-1 over a good old-fashioned 4-4-2? Well Jonathan Wilson has you covered. This will not be a book for everyone, nor is it the type of novel you can get tucked into on a lazy Sunday afternoon in front of a roaring log fire, but it is still a fascinating study on the history of tactics.

From the modern pioneers, the men who shape the current game, way back to the beginning and a time of W-Ms and five-man front-lines. Wilson dips in and gives you a detailed look at the lives of the great players and influencers who shaped the game we enjoy today and, as a suffering Sunderland fan, he of course investigates why the English have found it so difficult to wrestle with the transformation of the modern game.

More a book to dip in and out of rather than a rapid page turner, but a must-read nonetheless.

Finally finished The Miracle Of Castel Di Sangro. A great story with twists, tragedy and a happy ending (Kind of).
Worth a read! ? pic.twitter.com/tJxdFT00n1

This is the ultimate story of escapism, especially if you are living in a foreign country watching fifth division French football while you read it.

McGinniss travels to the tiny Italian village of Castel de Sangro and through an unparalleled level of access he follows the fortunes of this unheralded team from the lower levels of Italian football and their amazing journey to Serie B in 1996.

It’s a mixture of an amazing travel journal with football and the amazing stories from a team you will fall in love with, all wrapped into one.

Sell everything you own on eBay, cancel your house contract, pick a country, go follow lower league football and read this book while you do it. You know it makes sense.

Perhaps the saddest most tragic book that should never have been written. Ronald Reng was supposed to co-write the autobiography of German goalkeeper Robert Enke, being a personal friend of the player.

Suffering from depression and struggling to cope, the Hannover 96 player, on November 10, 2009, stepped out in front of a train and was killed aged just 32.

Out of the tragedy, Reng was determined to tell his friend’s story in an attempt to raise awareness of a devastating disease. The author takes a detailed look at the huge pressure piled upon elite athletes and the difficulties they find managing fame and dealing with depression.

“When his goalkeeping career was over, he would finally be able to talk about his illness,” Reng said of his friend. “Robert summoned up a huge amount of strength to keep his depression secret. He locked himself away in his illness. So I will now have to tell his story without him.”

Both a haunting but amazingly insightful read.