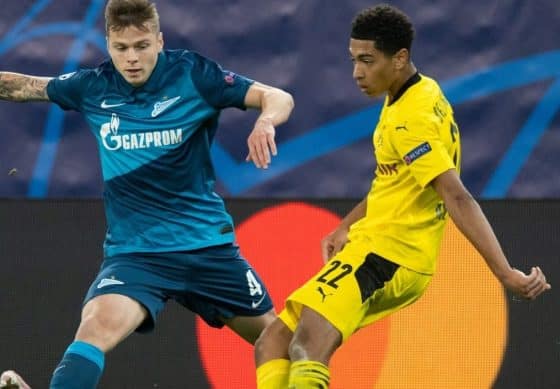 This season’s Champions League has, as ever, produced some truly unforgettable moments. And there is still plenty to come in the last few matches.

But the likes of Liverpool, Bayern Munich, and Ajax also warranted much of the talk. All three clubs went through the group stages without losing a single game.

Villarreal meanwhile have been taking a trip down memory lane, flying high into the semi-finals once again, just like they did in the 2005/06 campaign.

The successful journeys in this season’s competition have, of course, been helped by many stars of the modern era. Real Madrid icon Karim Benzema has hit 14 goals so far, with Bayern’s Robert Lewandowski and Ajax’s Sebastien Haller bagging 13 and 11 respectively.

There have also been a handful of younger, up-and-coming players who are just getting a feel of the competition, and the rewards that it can bring. They have caught the eye of many top European clubs, and may just find themselves playing regular Champions League football in the years to come.

Here are 10 Champions League rising stars who could be on the move this summer:

Benfica hero Darwin Nunez is undoubtedly one of world football’s most promising young players. The 22-year-old has 33 goals from 39 matches in all competitions this season. Six of those goals came in the Champions League.

He’s extremely dangerous both on the ground and in the air, and will no doubt score plenty of goals at his next club. He’s also slowly but surely making his way into the Uruguayan national setup at the expense of Luis Suarez and Edinson Cavani.

Manchester United reportedly want the lethal striker, as do West Ham and now Newcastle. He has no shortage of potential suitors, and importantly for them, he looks all but set on leaving Benfica this summer.

Young winger Pedro Goncalves helped guide Sporting into the knockout stages of the competition with his four goals, coming in the form of braces against Besiktas and Borussia Dortmund.

He’s added a further seven goals in the Portuguese league this season, and has now been linked with several top European clubs. Wolves may just rue letting the youngster go back in 2019.

RB Salzburg striker Karim Adeyemi had a fine Champions League campaign. The youngster managed three goals and two assists as the Austrian side made it to the Round of 16.

Borussia Dortmund may just be in the driving seat when it comes to his signature this summer. He could be their immediate solution to Erling Haaland, whose future remains up in the air. 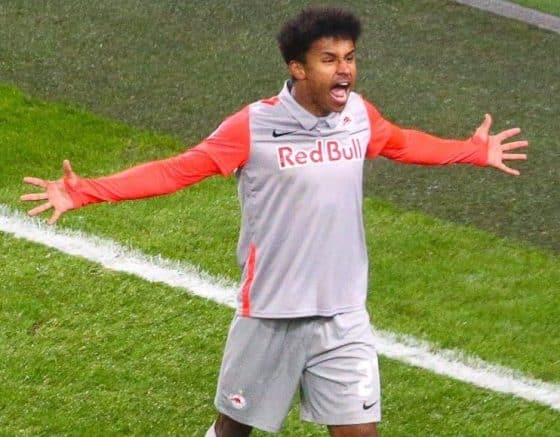 Villarreal defender Pau Torres has grown into the game as the years have gone by. But he’s still just 25, and undoubtedly has a lot more to give for both Villarreal and the Spanish national team.

He has been crucial in his side’s superb run in this season’s competition, which of course is far from over. His next step involves stopping the likes of Sadio Mane and Mohamed Salah on home soil.

Man Utd may also be in the market for a defender this summer, and Torres may just be on their list of targets. It will, however, be difficult to keep the likes of Real Madrid, Atletico Madrid and Barcelona from enquiring about his services.

Canadian international striker Jonathan David netted three times in this campaign, against all three of Lille’s group opponents. He’s hit another 13 in Ligue 1, and is showing no signs of slowing down.

It’s no secret that Arsenal are in the market for a striker this summer, and David may just fit the bill. He’s quick, direct, and importantly, knows where the net is. It’s been a rapid rise for the 22-year-old from Brooklyn, but he looks more than comfortable taking on Europe’s elite.

Jude Bellingham has been a huge success since his move to Germany. The young midfielder has become a key player for Borussia Dortmund. At just 18, he’s already garnered the respect of his midfield counterparts across the world.

Along with his tough tackling and intricate passing, as well as his versatility, the youngster has constantly displayed his creative side. He boasts six goals and 13 assists this season.

If the latest reports are to be believed, Premier League outfit Liverpool are perhaps leading the race for his signature. But there will be a long list of top clubs keeping tabs on the midfielder this summer.

Spanish winger Yeremy Pino is another star of Villarreal’s fantastic European adventure. He’s been Unai Emery’s go-to right winger, taking on left-backs before finding the likes of Gerard Moreno and Arnaut Danjuma in the middle.

The 19-year-old may want to get a few years in Spain under his belt, but could be tempted with a big-money move to England this summer.

RB Leipzig were thrown into the group of death alongside PSG and Manchester City, but it didn’t stop Christopher Nkunku from having a good time. The attacker hit seven goals in the six group matches, including an opening day hat-trick against City.

Man Utd are reportedly prioritising a move for Nkunku this summer, but there’s no telling where the exciting 24-year-old will end up. 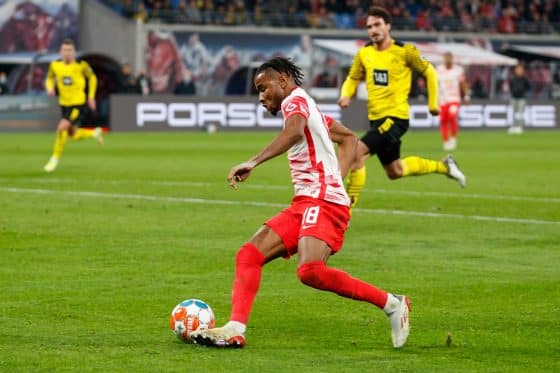 FC Sheriff defensive midfielder Edmund Addo was one of the heroes in the Moldovan club’s memorable group stage journey. He was a regular in midfield as the side defeated Real Madrid and Shakhtar Donetsk.

The 21-year-old has been tipped to leave his current club in the coming months, with several outfits across Europe keeping a close eye.

Ajax winger Antony helped drive his club to this season’s Round of 16, where they were eventually stopped by Benfica. It came after a stunning group campaign, during which Antony showcased his raw talent to the world.

He scored twice and created another four goals in his seven games. All of those came down the right wing, where he blitzed past helpless left-backs before delivering into the box.

Man Utd may just call on his services this summer. Of course the Red Devils are helped by the fact that they will have Erik ten Hag in the dugout, a manager who has worked closely with Antony in recent seasons.